Well, out with the war – and in with the vibes! After a bombastic second season of tanks, airships, and one mecha bear from the moon, we reached the conclusion of another Fortnite season. The Zero Point was defended and the IO forces have been sent packing after a brutal battle. If you didn’t catch the event live, you can check it out here. So where does that leave Fortnite Chapter three, Season three? Good question.

In true Fortnite fashion, the follow-up season to such a serious event is a lot more stripped back to its colourful beginnings. This new season is dedicated to the vibes! Vibin as it’s been titled is a vivid splash of fun that’s giving me a real rush with how different it is from the previous seasons. Check the trailer out below.

With the Zero Point safe once more, the island is celebrating. After a fairly draining war-themed season, this new vibe coming to the fan-favorite battle royale. Jumping in this season, I’m already blown away by the feeling of this season. It feels like a big party. All the fun and chaos of the battle royale we love is back in full force. The war is over and the resistance successfully fought back against the IO forces. The Island is recovering from the battle and the reality tree is bringing the map back to life. I hope this means we’re going to see a different side of Fortnite that isn’t afraid to drop these vivid seasons that aren’t what’s expected.

And yes! Darth Vader is joining the game as this Fortnite season’s tier 100 battle pass skin. There’s also a mythic lightsaber coming that includes a throwing mechanic as seen in the trailer. Pretty keen to throw that nasty red saber around an unsuspecting lobby.

Also for those after the legendary Indiana Jones… he’ll be this season’s battle pass bonus skin that will unlock in a month. It’s so awesome seeing this adventurer getting an outing in-game. It’s already bound to be a better time than Indiana Jones and The Kingdom of the Crystal Skull!

Fortnite is also really loving the collectible skins the past few seasons, so it should come as no surprise that there’s a new one this season; Snap is season three’s quest skin, with new parts released with quests each week of the season. You can unlock heads, arms, legs, and torsos, many of which are throwbacks to other seasons. 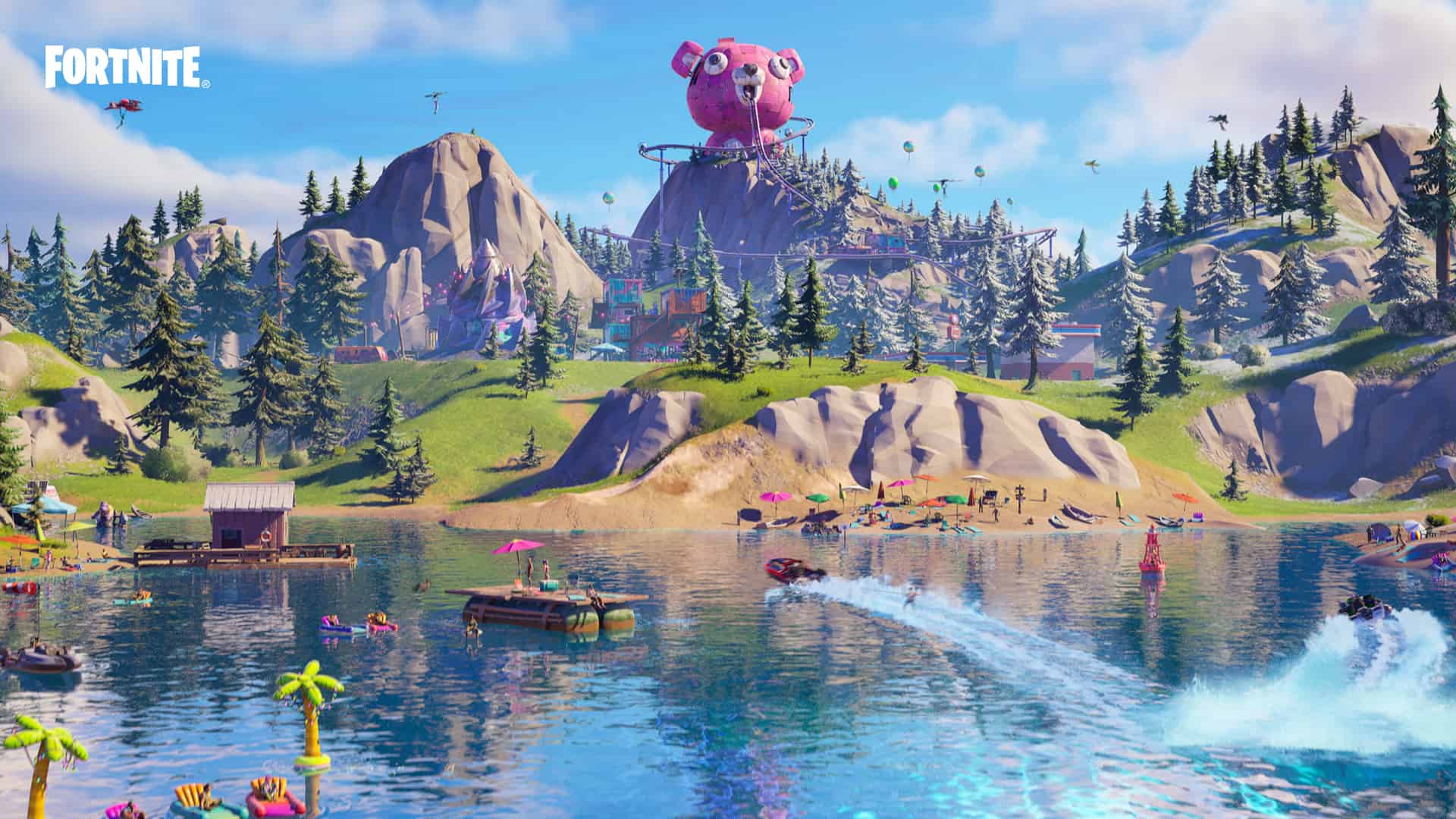 A lot has changed about the map too. A huge theme park has spawned where Command Cavern was. Complete with humungous cuddle team leader ride, it is not something I expected to see this season but after the destruction last season I LOVE IT. And then there’s a whole new biome, home to the reality tree and massive mushrooms. This location is a wild time and shows just how well Fortnite is able to create new spaces to explore.

Players will have until September 17th to earn the new battle pass content and play the new season. Fortnite keeps raising the bar for creating new experiences and it has been so awesome seeing more of my friends jumping in to check it out. Now that the Zero Build mode is permanent, so many players have returned to the game which has seen fewer bots in matches, from what I’ve experienced. Fortnite Chapter 3, Season 3 is available now.