The recent full reveal of Sonic Frontiers, the open-world debut for the Blue Blur, was…a little rough around the edges, according to many fans. Despite a Twitter campaign by fans for Sonic Team to delay the game’s release to work on polishing the experience, Sonic Team studio head Takashi Iizuka has advised in an interview that there are no plans to deviate from the game’s late 2022 release window, and that sceptical fans just “don’t understand” Sonic Frontiers just yet.

In an interview with Videogameschronicle, Iizuka commented on the response to Sonic Frontier’s reveal. “It’s not really that surprising,” he stated. “We do realise everyone is just kind of reacting to the videos that they saw, and because they don’t understand what this new gameplay is they’re kind of comparing it to other games that they already know.” 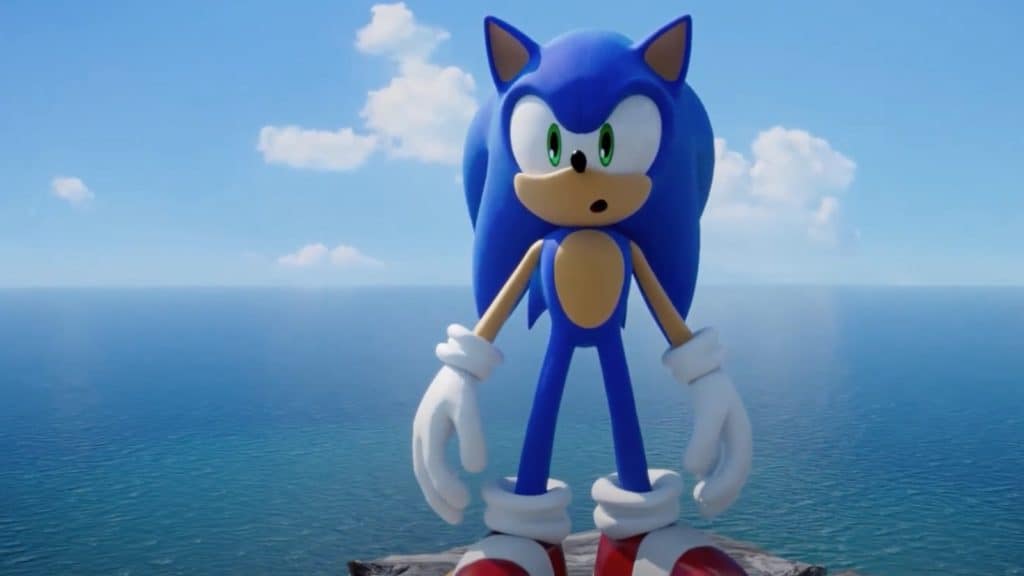 In reference to many fans’ sceptism towards the concept of an open world Sonic the Hedgehog game, Iizuka advised that Sonic Frontiers is not an open world game, but in fact an “Open Zone” game. “So we do see a lot of people saying, ‘oh, it’s kind of like this, it’s kind of like that, but it’s not like this, it’s not like that’,” he stated. “And really, the team is going out and creating this new game format for Sonic, and we’re calling it an ‘open zone’ format. And this new game system itself is something that doesn’t really exist in any other comparable titles, so we really hope that from here until launch we can really explain what open zone gameplay is.”

Iizuka also stated that the studio has no plans on deviating from Sonic Frontiers’ holiday 2022 release window. “So we realise a lot of people are watching the videos online and making assumptions, but we do feel confident based on the playtest results from the target demographic that are coming in and playing the game start to finish, they really like the game and we’re confident that we’re making a game that will be satisfying.“

“So if our development team all gets coronavirus, or they’re all hospitalised, or there’s something that actually prohibits us from being able to deliver the game on time, we will need more time. But we’re working right now with our team in Japan who are working really hard to make sure this holiday people can buy the game, pick it up, take it home and have a fun experience with it.”

Confidence in your product is one thing. However, Sonic Team should probably be more cautious considering Sonic’s own history with rushed launches. The buggy release of Sonic the Hedgehog 2006, shoved out the door to meet Sonic’s 15th anniversary, did lasting damage to the Sonic brand that it arguably never fully recovered from. Yes, it’s true that the wider gaming population has not played Sonic Frontiers outside of preview events. That said, most of those previews have not exactly been glowing.

Many fans are still evidently yet to be won over by such a drastic change in the Sonic the Hedgehog gameplay format. The perception, however unfair, that Sonic Frontiers is just copying The Legend of Zelda: Breath of the Wild, regardless of how appropriate it is for Sonic, also doesn’t help. In addition, the famous delay of a few months to redesign Sonic for the live-action movie that changed the end product from a punching bag to an enjoyable family movie is on many fans’ minds.

Maybe the release of a playable demo at some point would assure fans that Sonic is on firm tracks with Sonic Frontiers. In the meantime, we will have to wait and see how the end product does once more players get their hands on it when it releases later this year.