In 2018 the announcement trailer for Atomic Heart dropped, showing an in-depth robotic world full of horrifying foes. Since then they had posted videos of interviews and studio tours, some teasers and even a look at an ultra graphics mode. In June of 2021, we got a new trailer along with support on Xbox as Atomic Heart will drop on Game Pass the same day of release. But the last we heard of the game was an ‘official release window trailer’, with a Q4 2022 release date… which isn’t far away at all. But today we have a new combat trailer for the game, fair warning it’s pretty brutal.

Atomic Heart is set in 1955 where science is above everything “in the Soviet Union of the future”. There’s a system failure at Soviet Facility № 3826 which results in robots rebelling against their creators. The player takes on the character of Agent Major P-3 and you’ll have to uncover what’s really going on in the utopian world and minimise the consequences, preventing classified information from being leaked.

The combat trailer is all things deadly. It begins with two robots doing a dance, similar to the flamenco before it quickly cuts to the action. We see Major P-3 mowing down robots who have different skills. The robots continue to intercut themselves, as it takes an interesting and somewhat sinister turn. The robot without a jacket has robotic tentacles coming out of its forehead, the same tentacles come out of Major’s hand too. Later on in the trailer, the robot with the tentacle uses them to stab the other robot in the abdomen. There are shots of the world itself, with giant posters featuring robots and even some we meet. The posters are similar to a lot of Soviet Union propaganda posters, and also the retrofuturism aesthetic. 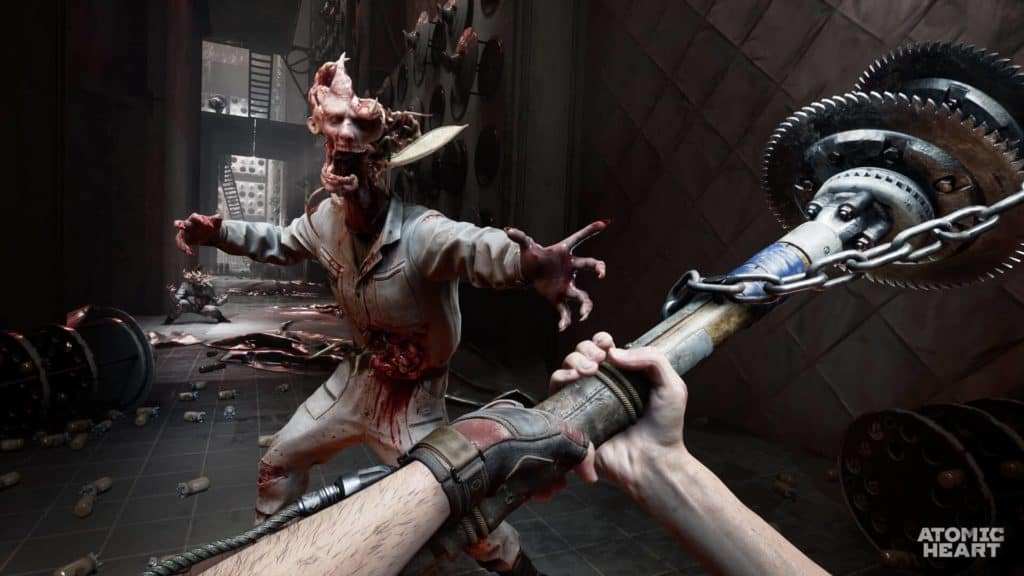 We see more enemy types, even what ‘near death’ looks like. Major even has an ability (similar to the Bioshock games which fans are likening it to) to lift enemies up from the ground, dispersing possibly lighter fluid and when in contact with a bullet it erupts in flames. It also seems robots aren’t the only thing in this utopia, there are also mutants and creatures, with one design looking similar to the mouth of the Demogorgon from Stranger Things. There are boss fights in small arenas, we meet Belyash, Yozh, Ivy, Rosa, Natasha. We also get to see the ability to sneak up on robots and hack them from behind.

Towards the end of the trailer, we see a cartoon child get cut up with lasers before we see a shot of him winking at the camera. This could possibly be a mascot-like character, similar to the Vault Boy from the Fallout games. There’s text mentioning that “the utopian dream is not what it seems”. There’s no mention of an official release date, but it’s coming to PS4/5, Xbox Series X/S, Xbox One and PC. While this trailer is super promising, we’ll just have to wait and see when it finally releases. What do you think of this combat trailer? Does it get your blood pumping ready to fight off robots and mutants? Or will you wait to see the reviews? Will you even play it? Let us know!