Senua’s Saga: Hellblade II developer Ninja Theory has gone to Twitter to dispute claims that it is using AI voice generators in place of human voice actors in its projects. The studio advises that although it does use AI-generated voice work for “placeholder content“, it is committed to using real actors in its finished products.

The report stems from an article about an emerging product called Altered AI, a program which promises to provide developers the ability to “create compelling, professional voice performances” using a library of pre-recorded, customisable vocal work. The article lists Ninja Theory as one of the developers that is already making use out of it. Although the technology is mostly in its infancy at the moment, many prominent figures in the video game voice acting and performance capture industry, such as Horizon Forbidden West’s Ashley Burch and Deus Ex: Mankind Divided’s Elias Toufexis, have voiced their concerns.

Although acknowledging the convenience of the technology, they express misgivings about its impact on their livelihoods and squeezing out opportunities for novice voice actors trying to enter the industry. AI voice generation is already in use in television, with Disney making use of similar tools to recreate the 1970s-era performances of Mark Hamill and James Earl Jones in The Mandalorian and Obi-Wan Kenobi on Disney Plus. 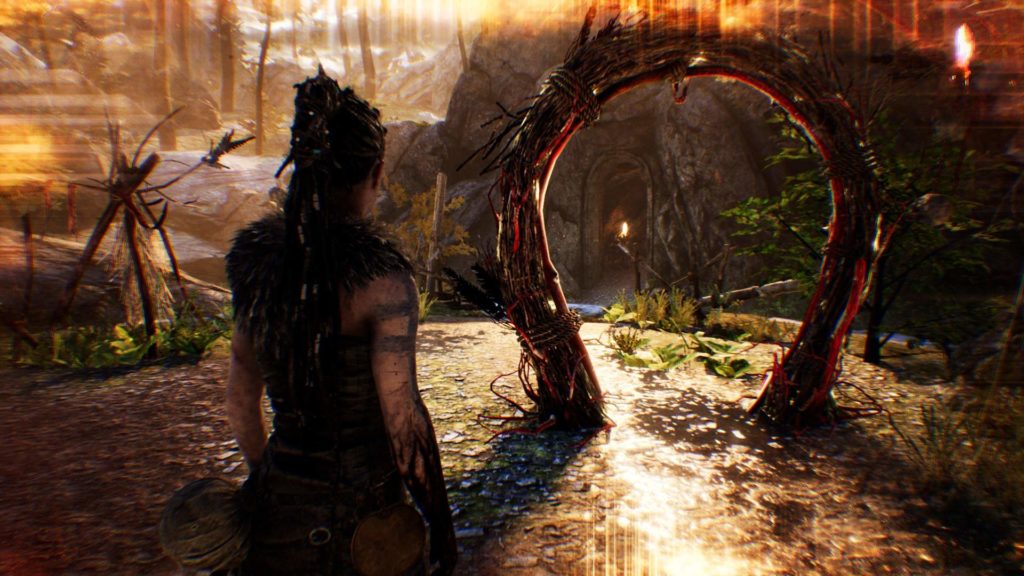 Regarding the claims that Ninja Theory is employing Altered AI in its games, the developer attempted to clarify things on social media. When asked if they are planning on replacing humans with robot voice actors, the developer replied with: “No. For clarity, we use this AI tech for placeholder content only to help us understand things like timing and placement in early phases of development. We then collaborate with real actors whose performances are at the heart of bringing our stories to life.”

No. For clarity, we use this AI tech for placeholder content only to help us understand things like timing and placement in early phases of development. We then collaborate with real actors whose performances are at the heart of bringing our stories to life. https://t.co/Nz9F1NXOGD

Admittedly, it was tough to imagine that Ninja Theory would replace Melina Juergens’ award-winning performance as Senua as a cost-cutting measure for the next Hellblade game. At the moment, Altered AI is good for placeholder dialogue, or short combat barks where human emotion isn’t very important. Fully-fledged, emotional lead performances are still a bit beyond its capabilities. Despite this, as Ashley Burch stated in the article, this kind of thankless voice work as minor enemy goons or as placeholder voice actors is often where professional VAs get their start.

Programs such as Altered AI are certainly helpful for indie developers on a tight budget. However, if used on a wide scale, it could seriously reduce the number of entry points into the video game voice acting industry. Furthermore, with James Earl Jones formally signing over the Darth Vader voice role to Respeecher rather than Disney nominating a new actor for the task, it is a sign that AI voice work is becoming more prominent and capable of emulating iconic performances, which may be a bad sign for the future of the industry. It is likely that we will see programs like Altered AI become more widespread in the future. That said, it seems that professional voice actors will still have an important place in gaming for some time to come.