Pokkén Tournament isn’t by any means a new title, having already established itself back in 2016 on the Wii U as the must have Pokémon fighter it was a bit of a surprise (albeit a pleasant one) to most Nintendo and Pokémon fans when it was announced earlier this year at E3 2017 that Pokkén Tournament DX would be making its way to the Nintendo Switch.

While this initially wasn’t the grand Pokémon news everyone had been hoping to hear at this point from Nintendo, I myself was excited. Having been a fan of the original game I was not only keen to see it ported to the Switch but instantly saw the extreme potential offered to Pokkén Tournament DX by the consoles incredible portability. Giving players the ability to channel their inner Poké Trainers and battle on a grander scale outside the living room is only cementing the Pokkén Tournament franchise for years to come.

Essentially, deep down Pokkén Tournament DX is the same game as the original Wii U version, just with the addition of some new characters and features. Four of the five new characters joining the line up are Darkrai, Croagunk, Empoleon and Scizor, who might look familiar to those who’ve played the Arcade version of Pokkén Tournament. The fifth and newest member of the Pokémon line up is Decidueye, which is a nice surprise. All of these characters as well as the original Mewtwo and Shadow Mewtwo are playable right from the beginning in this version.

Apart from the addition of these new Pokémon, Pokkén Tournament DX also gets two new support Pokés, Litten and Popplio, a Daily Challenge Mode, a new Three-vs-Three Team Battle Mode, multiplayer lobbies and replays as well as the ability to play split-screen local multiplayer. It should be said that all these new modes aren’t going to blow your mind. The new daily challenge fights yield skill points, which is useful and nice, however in the end it doesn’t make that big of a difference. Overall though they do make an already fun game even better.

With all these new characters on offer this time around, I told myself I’d choose someone new. Don’t pick Pikachu Libre I said…. So anyway with this plethora of choice at my finger tips I still chose Pikachu Libre. I tried to be strong but her pull is too great and I am far too weak. She’s a wrestling cosplay form of Pikachu for those who may not have played the game, however if you’re even more confused as to why I’m referring to Pikachu Libre in the feminine form take the time to check out the tails of Pikachu Libre and Pikachu.

Having been some time since I played Pokkén Tournament I decided my best option was to drag myself back through the games tedious tutorial system. Unlike most tutorials, in Pokkén it’s always been more of a show and tell rather than a do and repeat. Thankfully I quickly became familiar again with the games mechanics, and was able to eventually move into the nitty-gritty of the game.

The Ferrum League still starts out at a lower difficulty, allowing for returning and new players to dive right in. You’ll be able to build up a pretty sizable winning streak through these earlier levels, but don’t be lulled into that false sense of accomplishment. Things may stay fairly easy for the first couple of ranks, but the difficulty begins to spike rather quickly as the game progresses, and this is where it becomes even more important to make sure you’ve learnt all you can from Pokkén Tournament’s tutorial mode. 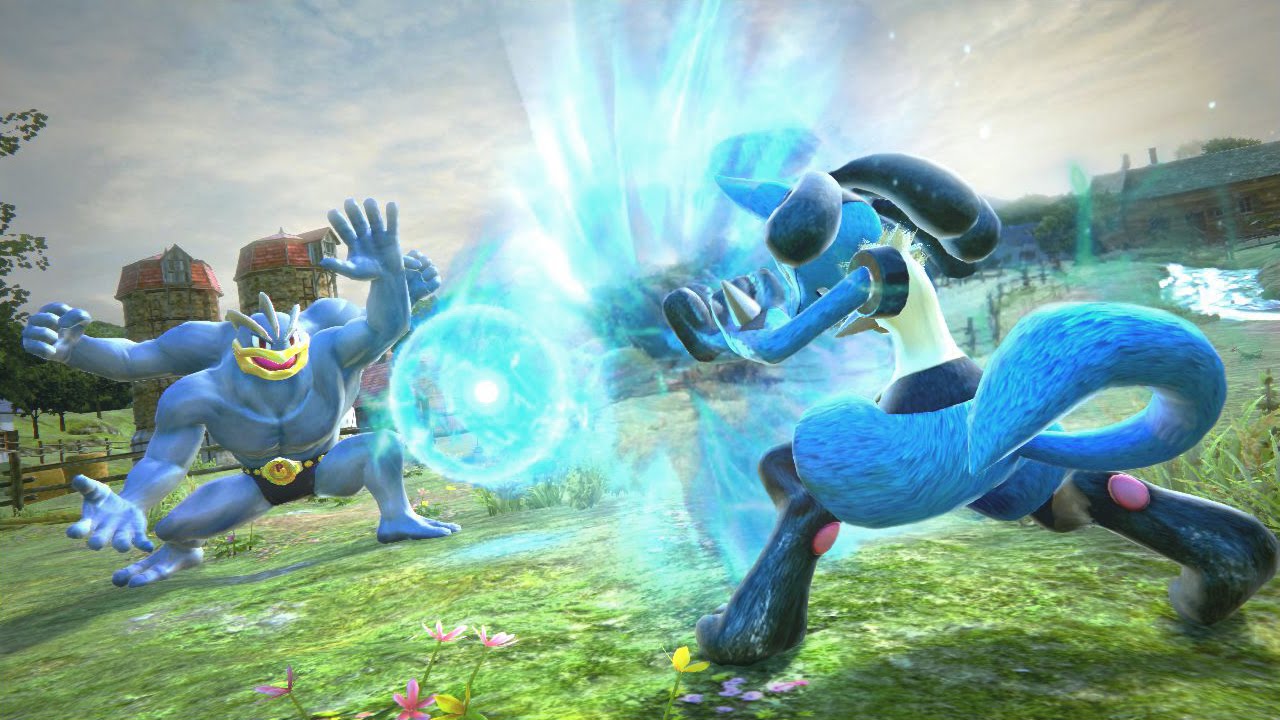 Getting used to the mechanics of Pokkén Tournament again took very little effort once I was up and running, and the familiarity of the phase shift battle technique employed here (which is now becoming more popular in the fighting genre) was a welcome sight. Finding myself extremely glad that they hadn’t attempted to fiddle with the games core play style I soon started to blitz my way through the Ferrum League.

As with the original game here in Pokkén Tournament DX  I once again found myself spending far too much time and effort on my appearance as I was moving through the story. Constantly changing looks and logging in each day to the Amiibo Support to register five amiibo to unlock new customization’s, I’ll happily say right now, I’m obsessed. Naturally you’ll unlock more outfit options as you progress though the story, so this is just another bonus to play through the main game.

“You feel more like a traditional Pokémon Trainer in the mode, with your Pokémon fainting, forcing you to throw out a new one to continue the fight.”

As much as I love the main game and its brilliant fighting mechanics I have to say I found myself, overall, slightly disappointed with this “new” version. The main story is unchanged and there is no addition to the storyline or league after you’ve completed it either. This is a missed opportunity on Nintendo’s part as I feel as they could have really spiced things up by adding additional content to the game here.

Of course it’s not all about single player, and this is where Pokkén Tournament DX wins back some of the points it lost for its lack of originality. The new Three-vs-Three Team Battle Mode feels particularly fun and plays out a lot like how you’d expect an actual Pokémon battle to play out. You feel more like a traditional Pokémon Trainer in the mode, with your Pokémon fainting, forcing you to throw out a new one to continue the fight. It’s an exciting and welcome addition to the game.

There’s also the return of Pokkén’s online modes to participate in. Matchmaking has been tightened up and ranked play has had a few tweaks as well. Competitive play is taken quite seriously; the game makes it very clear those who leave during a ranked match will face consequences. This has been a recent trend due to the implementation of Nintendo’s online service and it’s nice to see Nintendo taking the spirit of competition so seriously. Being that the game wasn’t out while I was reviewing it I wasn’t able to find many online matches, but I liked what I saw. And then there’s the addition of The Daily Challenges Mode which sadly feels more like a tacked on diversion rather than a fully fleshed out mode.

I feel that the developers have missed some solid opportunities here with Pokkén Tournament DX. While it’s true that there’s the addition of five new Pokémon, this sadly is reduced to only one if you played the arcade release. The story also feels somewhat stale and I can’t help but be slightly disappointed that it wasn’t expanded on here in the DX edition.  In the end though, Pokkén Tournament DX is another solid addition to Nintendo’s growing Switch line-up. I was always going to be getting this game again on my Switch regardless and although I may be disappointed with the lack of major changes I’m certainly not disappointed with its gameplay, play-ability and overall style.

They were certainly onto something when they created this solid fighting game, I just hope that both Nintendo and Bandai Namco decide to support Pokkén Tournament DX with more DLC and fighters down the road to build on what is already a solid foundation of a franchise.