Tokyo RPG Factory’s latest offering, Lost Sphear, is an ode to the era of RPG classics such as Chrono Trigger and Xenogears. Following 2016’s I Am Setsuna, another love letter to the days-gone-by, the game builds upon the foundation Setsuna laid by focusing certain mechanics and introducing new ones. At times the game struggles to find a thread to follow, but ultimately, Lost Sphear is a step forward for Tokyo RPG Factory and a warm reminder of the 16 bit classics of yesteryear.

In Lost Sphear you join Kanata, and his lifelong friends Lumina and Locke, on their quest to restore that which has been “lost” after their hometown of Elgarth mysteriously vanishes into blinding white light. As more and more locations vanish and are replaced by sparkly white silhouettes, the crew are dragged into a tale of political tension, warring nations, and ancient technology. Naturally, Kanata is the only person alive who can restore what is lost, thanks to his ability to manipulate memories and feelings. The plot is unashamedly Japanese, as it should be considering the influence it wears on it’s sleeves, and what starts as a fairly linear story spirals into a global (and, at times, universal) struggle against good and evil.

One of the game’s greatest strengths is the character roster. Along the way Kanata and co. join forces with brooding sour-puss Van, demon king Dianto, ancient royal Obaro, and war maiden Sherra. Together they form an eclectic mix of personalities and abilities, and I found the story moments between them all to be, for the most part, endearing and heartfelt. The script is wooden at times, especially in the first third of the game, but as the plot thickens and the stakes are raised the dialogue matures and the characters shine, leading to some beautiful and heartfelt moments between them. Some of the early game has the party meandering around with arduous tasks, but it picks up about halfway through and funnels you through a dramatic and original story that definitely lives up to the Square Enix brand.

The game employs a battle system almost identical to I Am Setsuna’s, which itself was a homage to Chrono Trigger, albeit with a few mechanical changes. Battles take place in the Active Time Battle system; a turn-based system where enemies can still attack while you are selecting your moves. Characters can move freely about the battlefield to more advantageous  positions and attack multiple enemies at once with certain skills. Equipping your party with Spritnite (Lost Sphear’s version of FFVII’s Materia) will unlock offensive and defensive abilities, and combining them with Momentum Spritnite (triggered by pressing the Square button) will augment those abilities with a plethora of different effects such as poison, instant death, elemental boosts, and even party healing.

Battles can become exhibitions of pure destruction when the right combinations of Spritnite and Momentum are utilised, with entire screens of enemies often being devastated with one clever technique. Throughout the world you’ll find lost zones you can interact with and create “Artifacts”;  shrines and monuments that give various boosts and variables to combat and exploration. With the right combination of Spritnite, Momentum, and Artifacts (yes, it is a lot to juggle), battles and boss fights can go from crippling to breezy.

Early in the game you gain access to Vulcosuits, which again change how battles proceed. These giant mech suits are unique to each character, increase stats, and open up a new range of combat abilities. Kanata, for example, gains the Co-op ability, which combines his and another party members Vulcosuit for some punishing attacks. Outside of battle the Vulcosuits are primarily a story-device, but do have a few other uses. Some items in the world can be destroyed with the suits, opening up new routes or uncovering treasures, and you can use the Boost ability to breeze past annoying battles you’d rather avoid.

“…the game spends a hefty chunk of time shoehorning in the importance of the Vulcosuits and their uses, but I rarely bothered until the late-game boss fights…”

Unfortunately, in the grand scheme of things, the Vulcosuits are a tacked-on distraction that serve little purpose outside of convenient story beats. Using techniques with the suits equipped spends VP, an extremely limited resource that can only be replenished with a VP Booster (one of the rarest consumables in the game) or visiting an inn. The stat boost and techniques the Vulcosuits give are handy in boss fights, but trivial in regular battles, so the opportunity to truly explore the range of effects is limited to the point that you’d be better off using the character’s move-sets that you are already familiar with.

It is a shame because the game spends a hefty chunk of time shoehorning in the importance of the Vulcosuits, but in the end I rarely bothered until the late-game boss fights. Even then I was only able to use a few moves due to the limited VP and harsh cooldown times of the super-powered techniques. 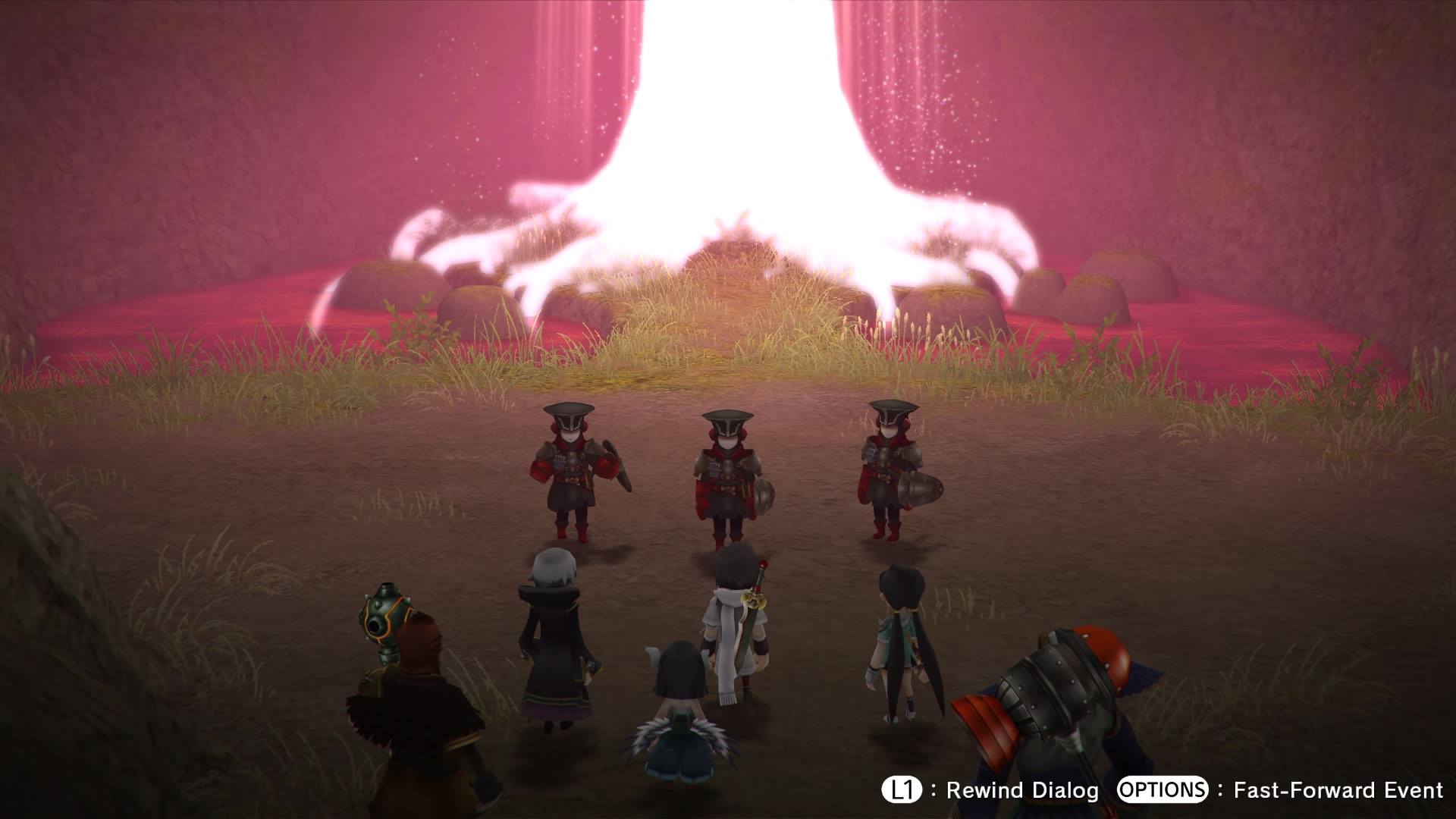 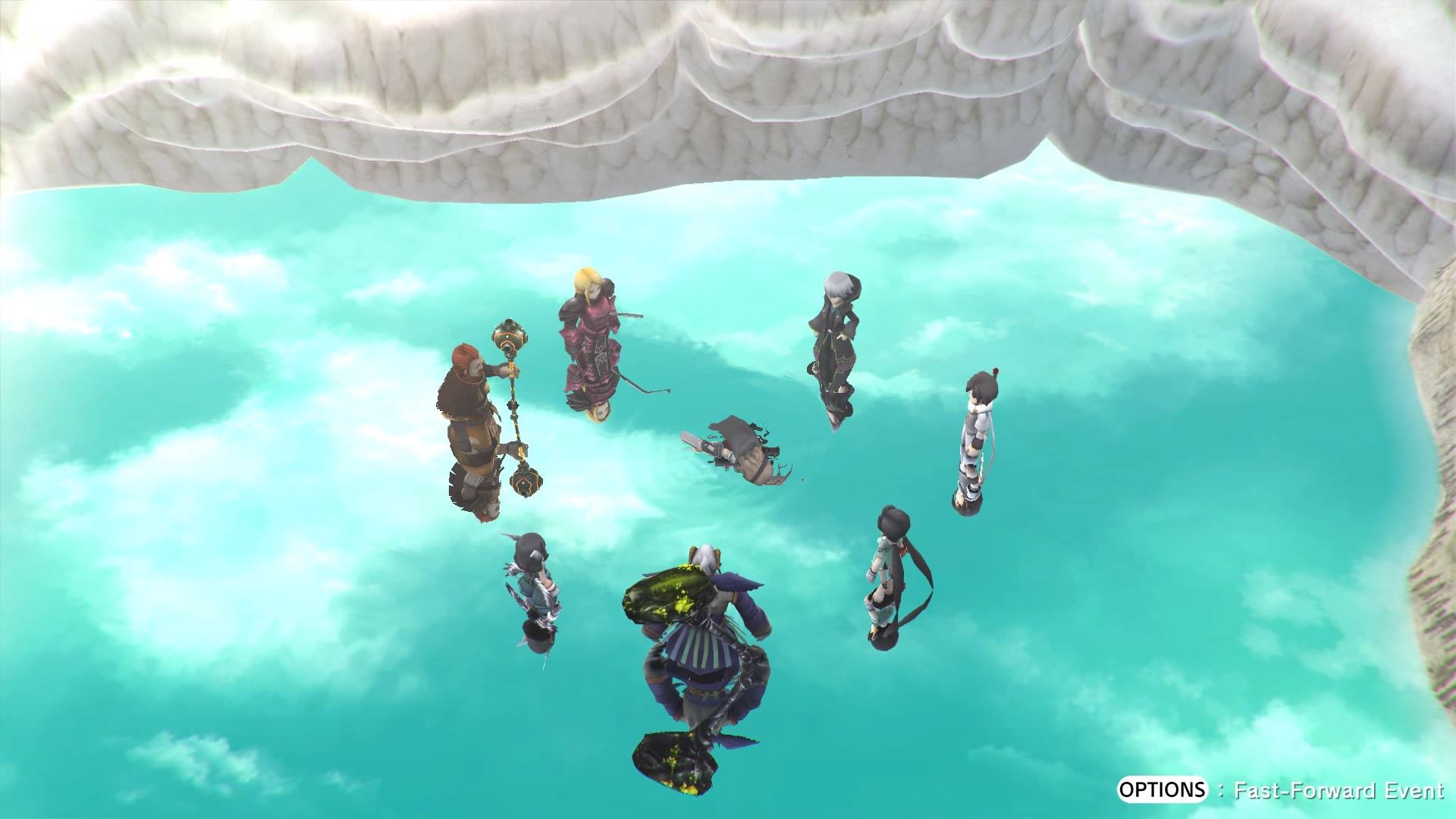 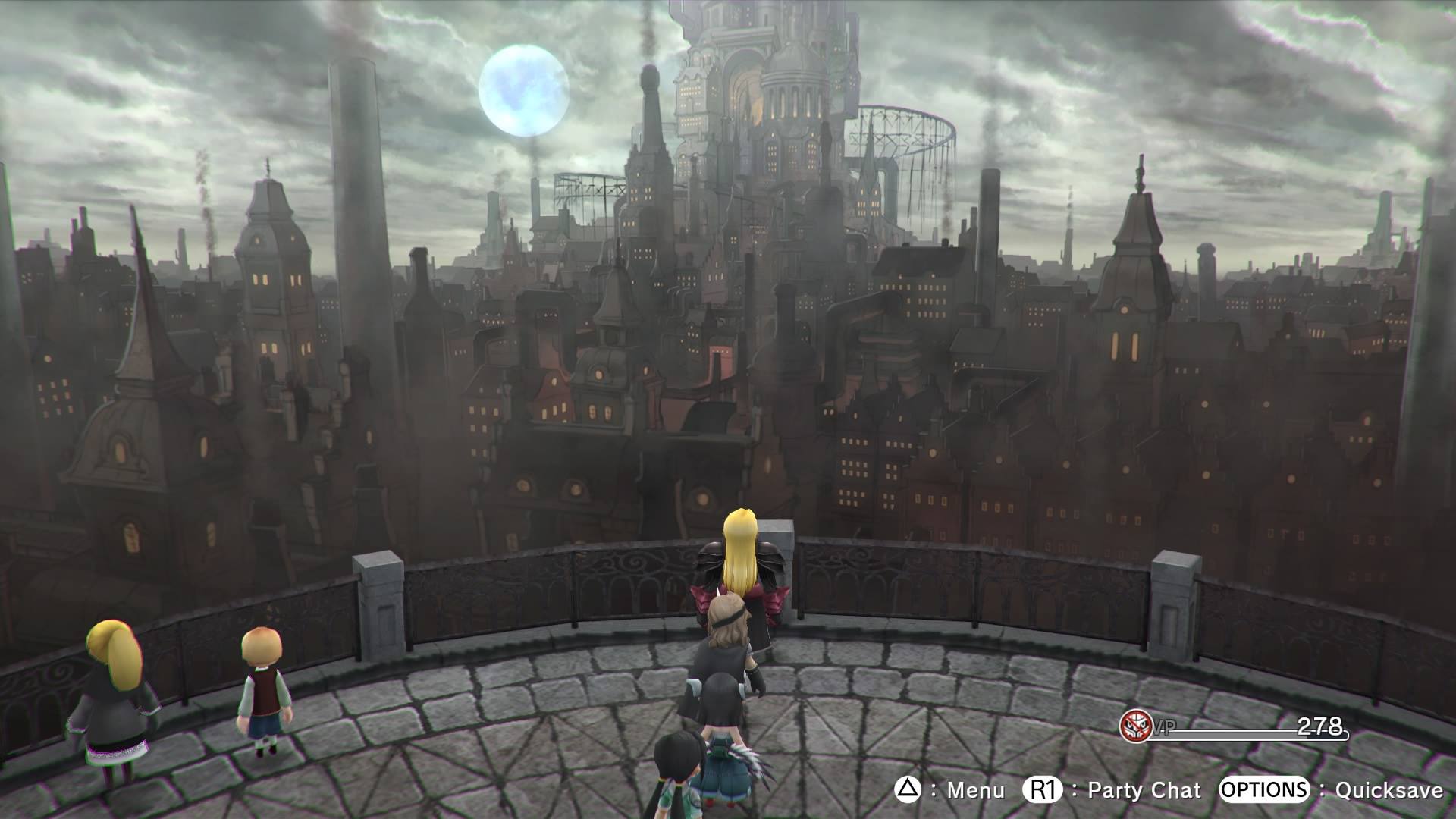 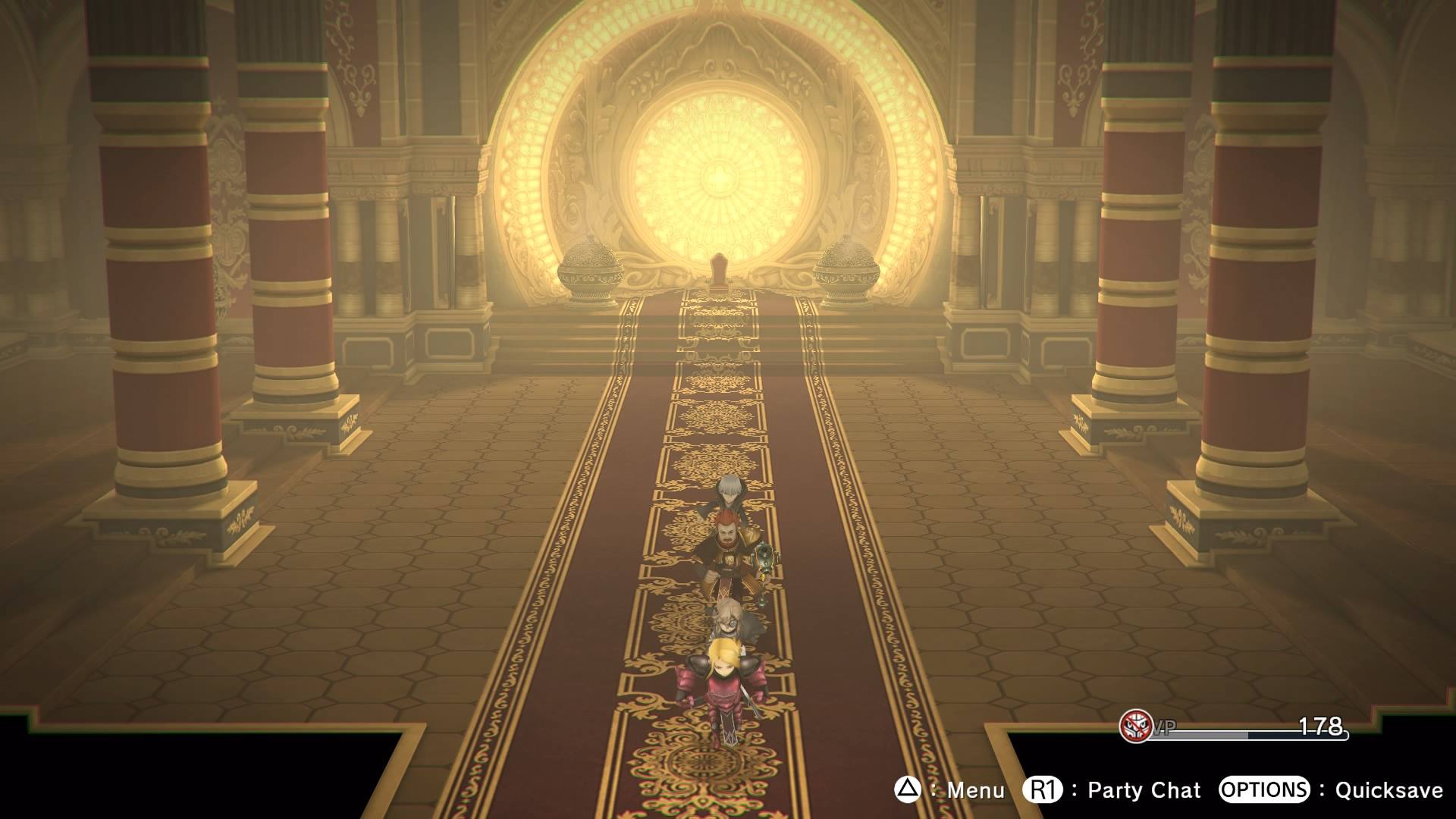 The character, location, and world design of Lost Sphear are quite stunning to behold. You know when you reminisce on an old game, but it always looks better in your mind’s eye than it does when you actually play it? Tokyo RPG Factory have managed to capture that mental phenomenon and design a game that looks as beautiful and endearing as Chrono Trigger looks in my memory. The playable characters and key NPCs all have a distinct visual look, and the various towns and cities you visit feel unique and lived-in; successfully avoiding the bland cookie-cutter towns that so many old RPGs tend to offer up.

“…while none of the songs reach the memorable heights Nobuo Umaetsu’s Final Fantasy earworms, I did find myself whistling several of the motifs in the shower…”

Often overlooked in modern RPGs is the musical score. If you’ve played I Am Setsuna, you’d know that the musical score in that game was unforgivably bland and dry; a lone piano was the bulk of the music heard and was so dripping with melancholy that even the most avid RPG fan would be lulled to sleep. Thankfully, the score in Lost Sphear uses a full range of orchestration and delivers some great tunes, and while none of the songs reach the memorable heights Nobuo Umaetsu’s Final Fantasy earworms, I did find myself whistling several of the motifs in the shower.

The voice acting is saved solely for battles and, despite being all in Japanese and not understanding a word of it, adds another layer of character and soul to the party. The voices of each character are distinct and sound exceptional, with a stand-out moment being the shift in a character’s voice before and after they remove their helmet; muffled with the helmet on and clear and crisp with it off.

Lost Sphear isn’t going to become a new modern classic anytime soon, but as a homage to the days of Chrono Trigger, Final Fantasy VI, and Xenogears, the game proves it’s worth. It is regrettable that one of the biggest marketing sells, the Vulcosuits, were such an underwhelming element of the game, but despite this Lost Sphear stands on it’s own two feet with a strong narrative, gorgeous visuals, and solid mechanics. A final tip: after the credits roll, load up your save again for the end-game content, it’s definitely worth a look.