If you were a fan of original Destiny and have moved over to Destiny 2 you will feel a twinge of familiarity as the first batch of DLC has rolled out for the space fantasy shooter. We’ve already experienced the first expansion, Curse of Osiris, which received a less than positive reception. Now it’s time for the latest DLC, Warmind, which has been out for a week with the launch of Season 3. Much like the the second DLC for the original Destiny it seems to be trying a couple of new things but are those changes enough to salvage a diminishing player base?

Warmind jets your guardian off to the frosty mountains of Mars; we’ve visited Mars in the original Destiny however it was a very different environment. This time we’ve been called by a guardian investigating her past, Anastasia Bray.

The Bray family are known through the lore of Destiny for their advancements in technology before the fall of humanity. One of their greatest creations is the Warmind Rasputin, a major AI personality from Destiny. Ana believes he is now under threat from an awoken army of Hive scurrying out of the glacier where they have slumbered with their Worm God, Xol.

In terms of content the new DLC will bring you the Mars Map to explore, this space is larger than what Mercury offered in Curse of Osiris. It is slightly larger than the Titan map from the core game which is one of the smaller maps and is littered with Hive and Cabal — the Hive sporting two new enemy types including a new sniper enemy I hadn’t realised was missing from their ranks. The new story quest is around two hours long with a handful of side quests but as with most Destiny content it’s what comes after the story quest that matters most.

The level cap has been raised from 25 to 30 and your Light Level can now jump from 330, 335 with mods, to 380, 385 with mods — a much more substantial jump than we saw in Curse of Osiris. We’ve also received three new strikes, two of which follow the lazy route that Curse of Osiris followed by reusing story missions, and a third that is a timed PlayStation exclusive. Finally, as well as an array of new armour we’ve also received a new raid lair, much like Trials of Osiris it trades in a full raid for a much shorter, bite-sized experience.

Narratively Warmind contains the same problems that Curse of Osiris experienced. The core game set up an antagonist early in the piece and gave the player plenty of time to feel his weight as an enemy, this made the final fight feel more impactful. It’s hard to feel threatened by an enemy who needs to be introduced and then defeated in just three missions. As I said though it’s the end game that hooks in the dedicated players. The grind and gameplay loop is still very familiar as you attempt to raise your Light Level to take on escalated threats in the hope of further increasing your Light Level.

Thankfully Warmind does bring some of the mystery that’s been missing from the franchise’s sequel so far. Mars is littered with collectables in nooks and crannies for you to explore, some requiring specific elemental damage to unlock them and others using cryptic directions to locate them scattered through the map. This paired with a new wave mode called Escalation Protocol means that unlike Mercury the Mars location has plenty of things to do. Wave modes in Destiny have previously proved popular: the Prison of Elders, Court of Oryx and Archon’s Forge. So it’s extremely exciting to see it back in an open location and in a popular zone. 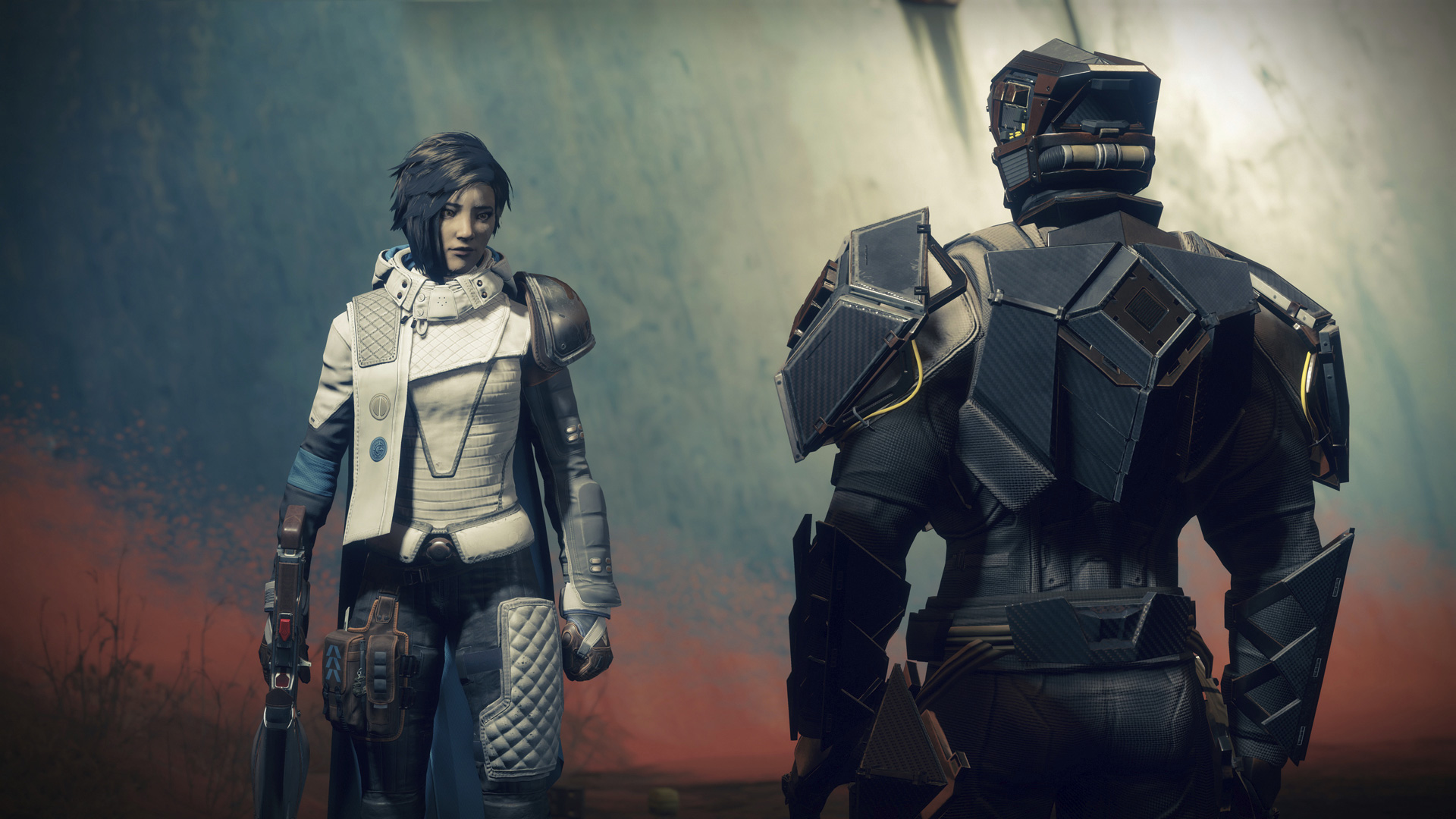 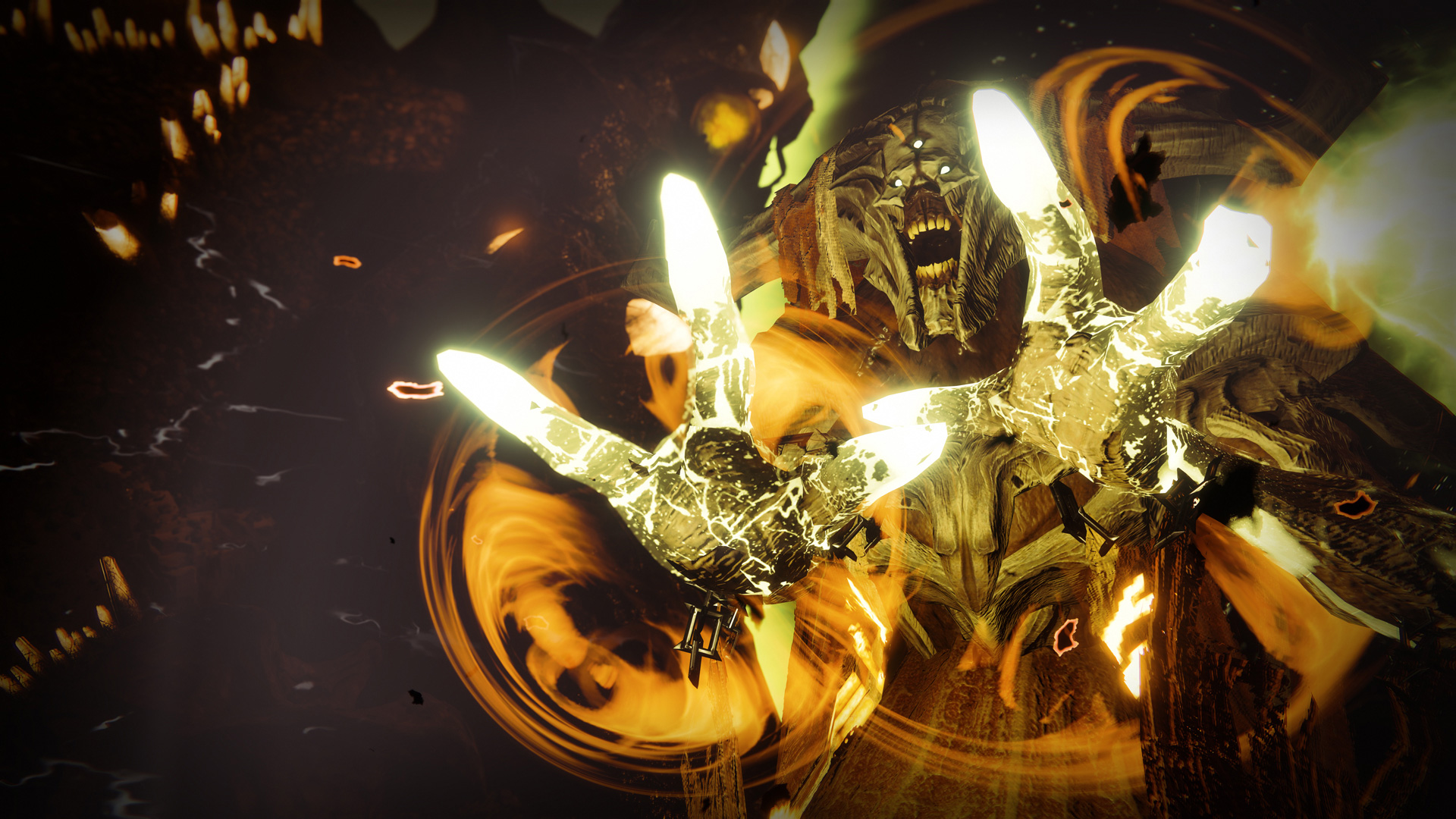 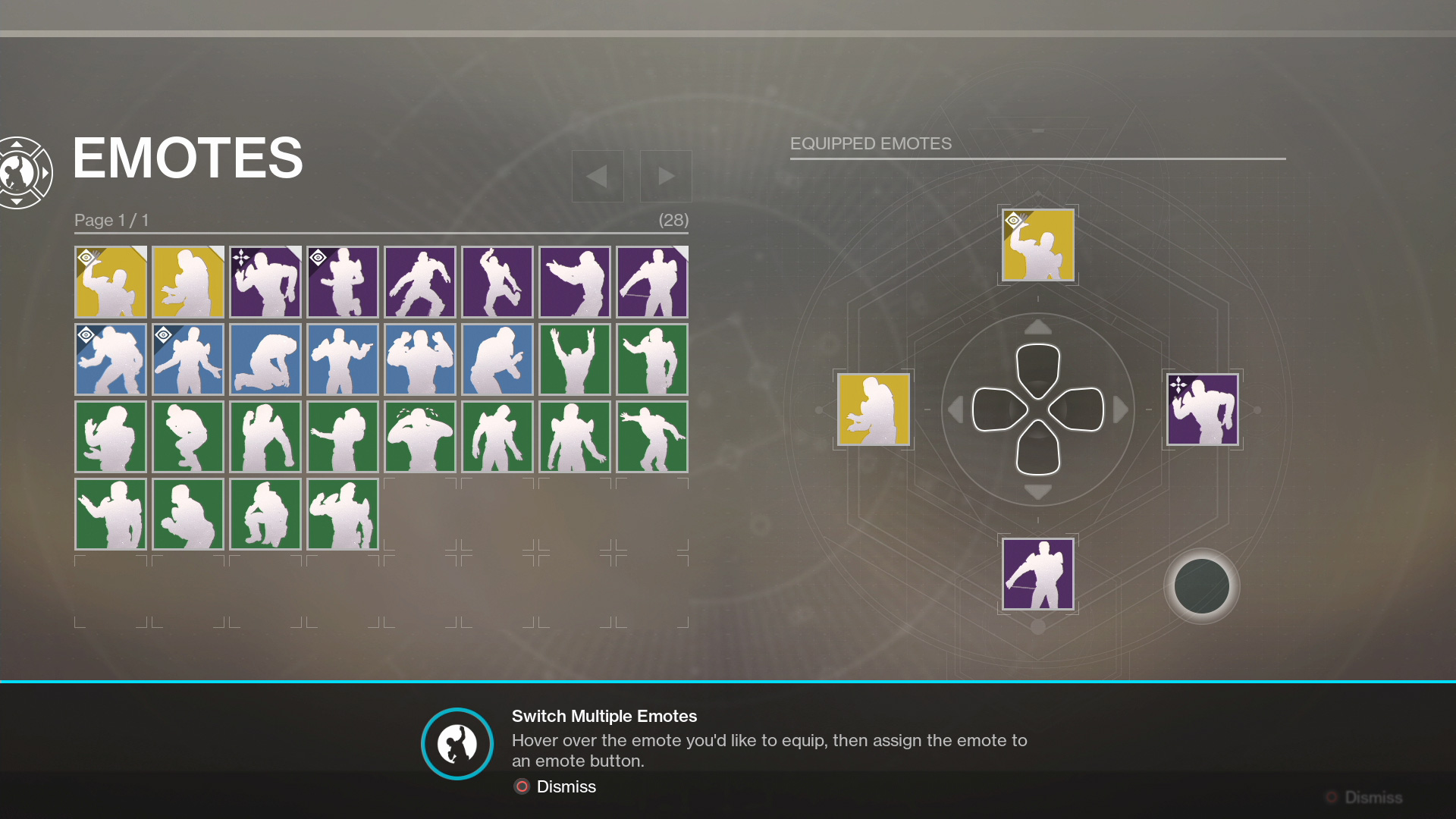 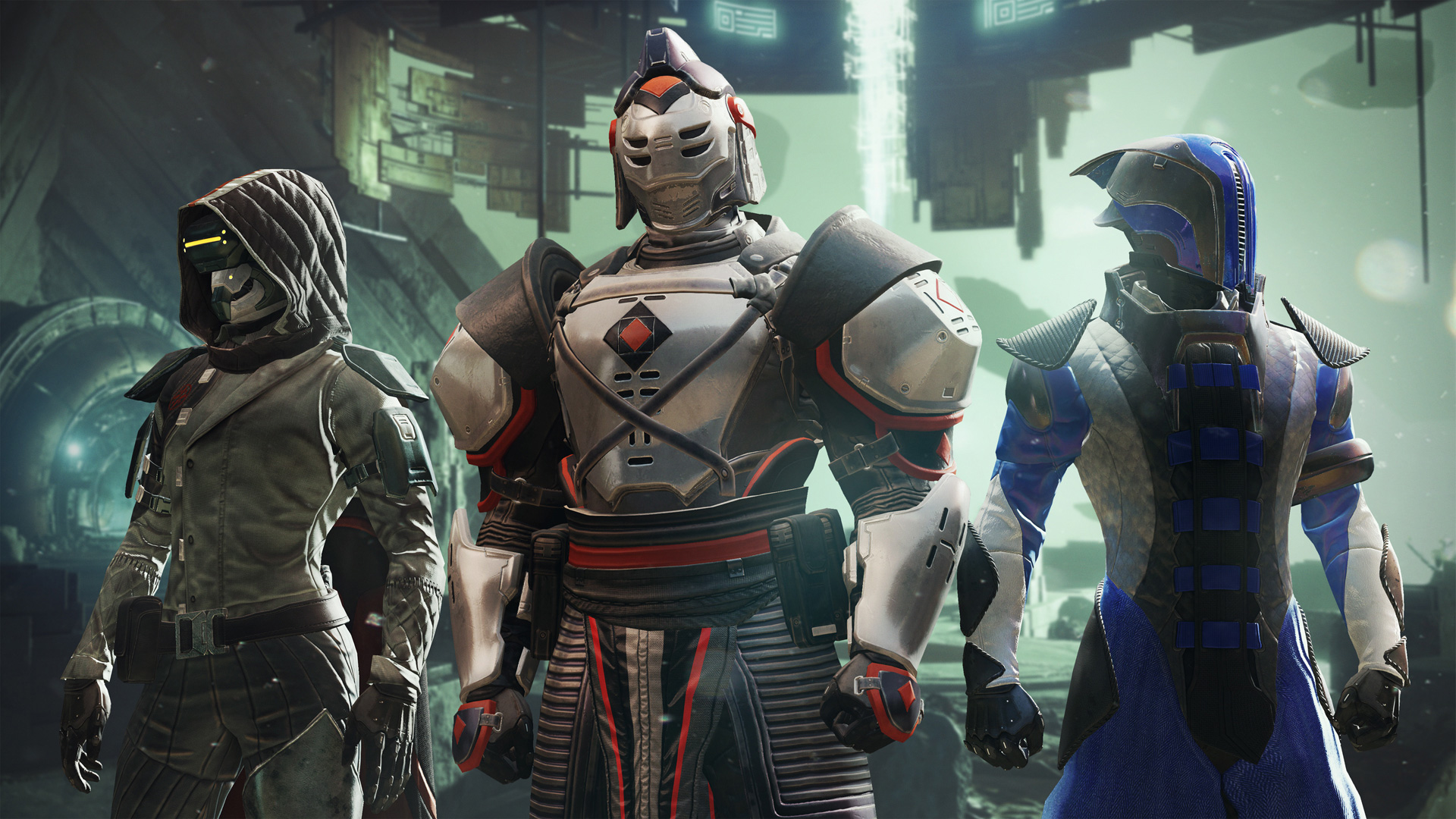 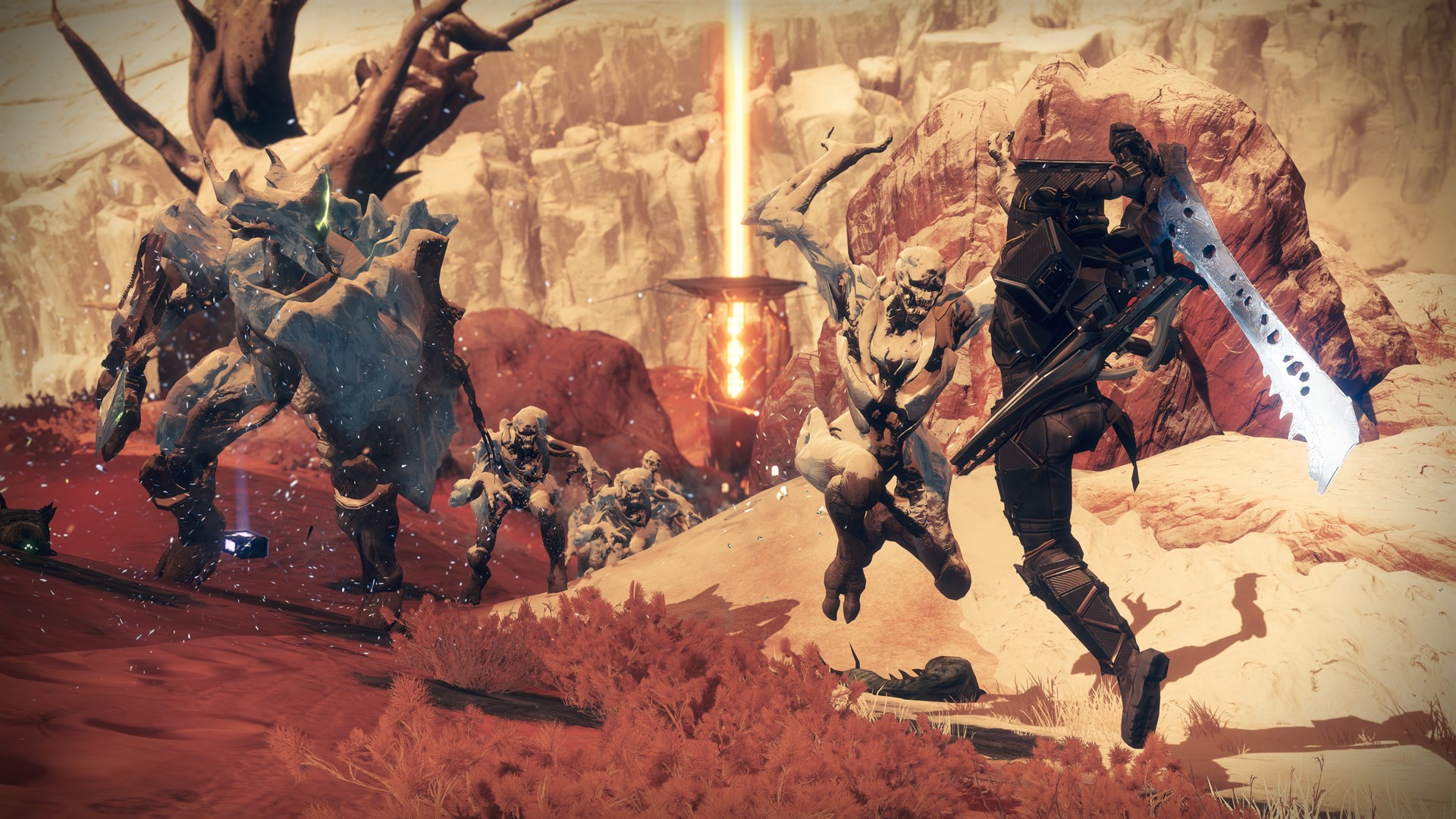 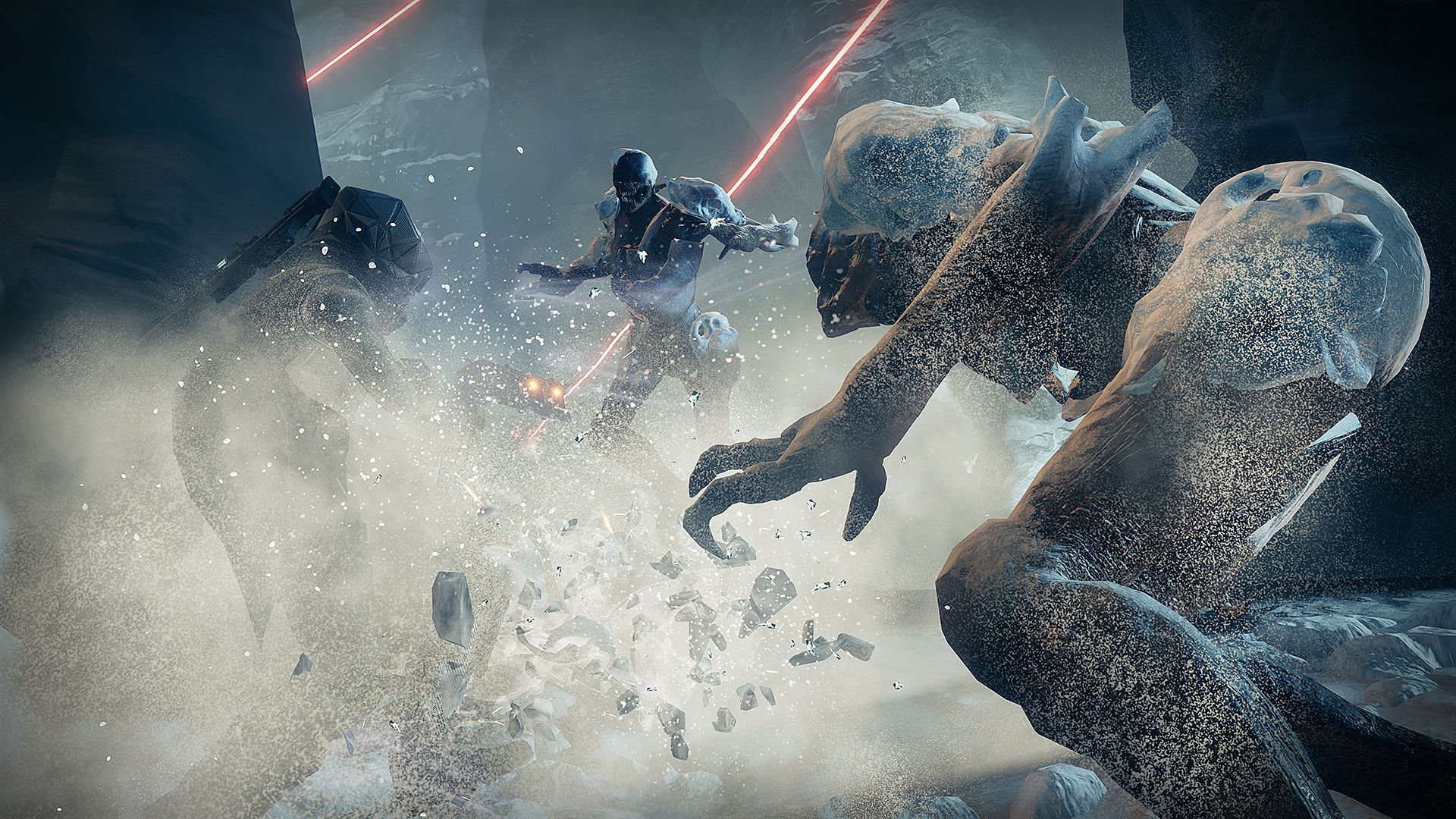 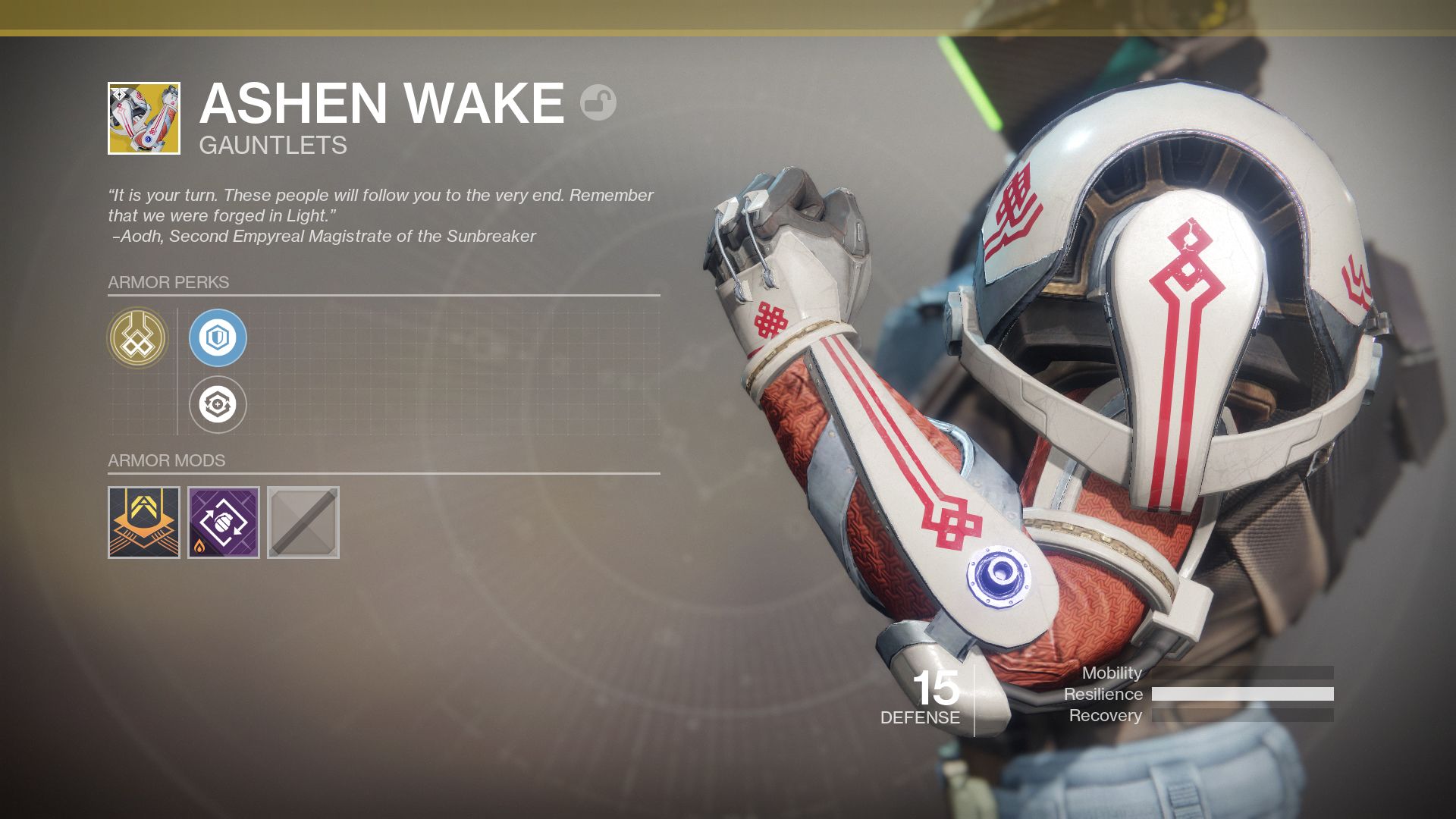 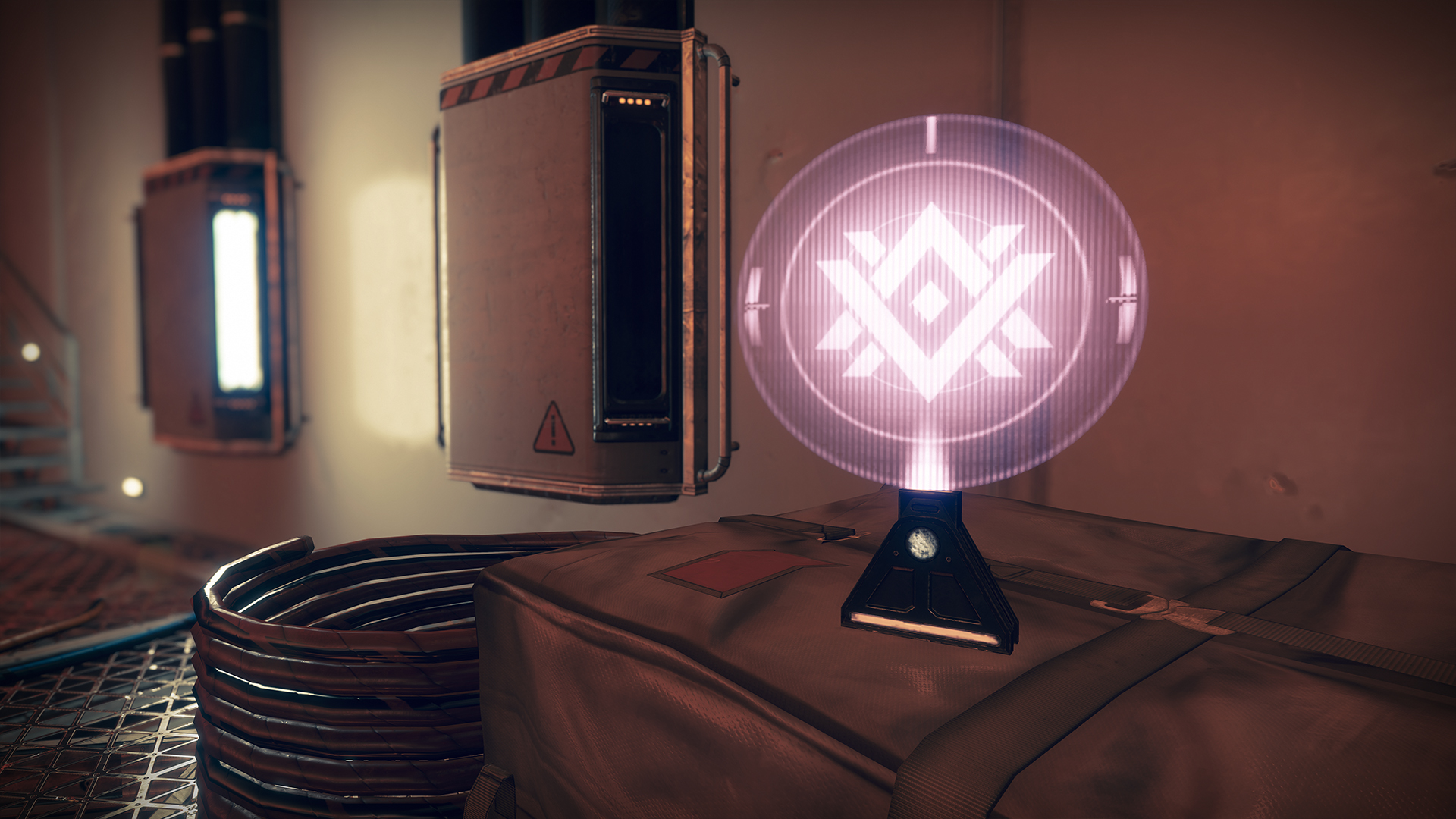 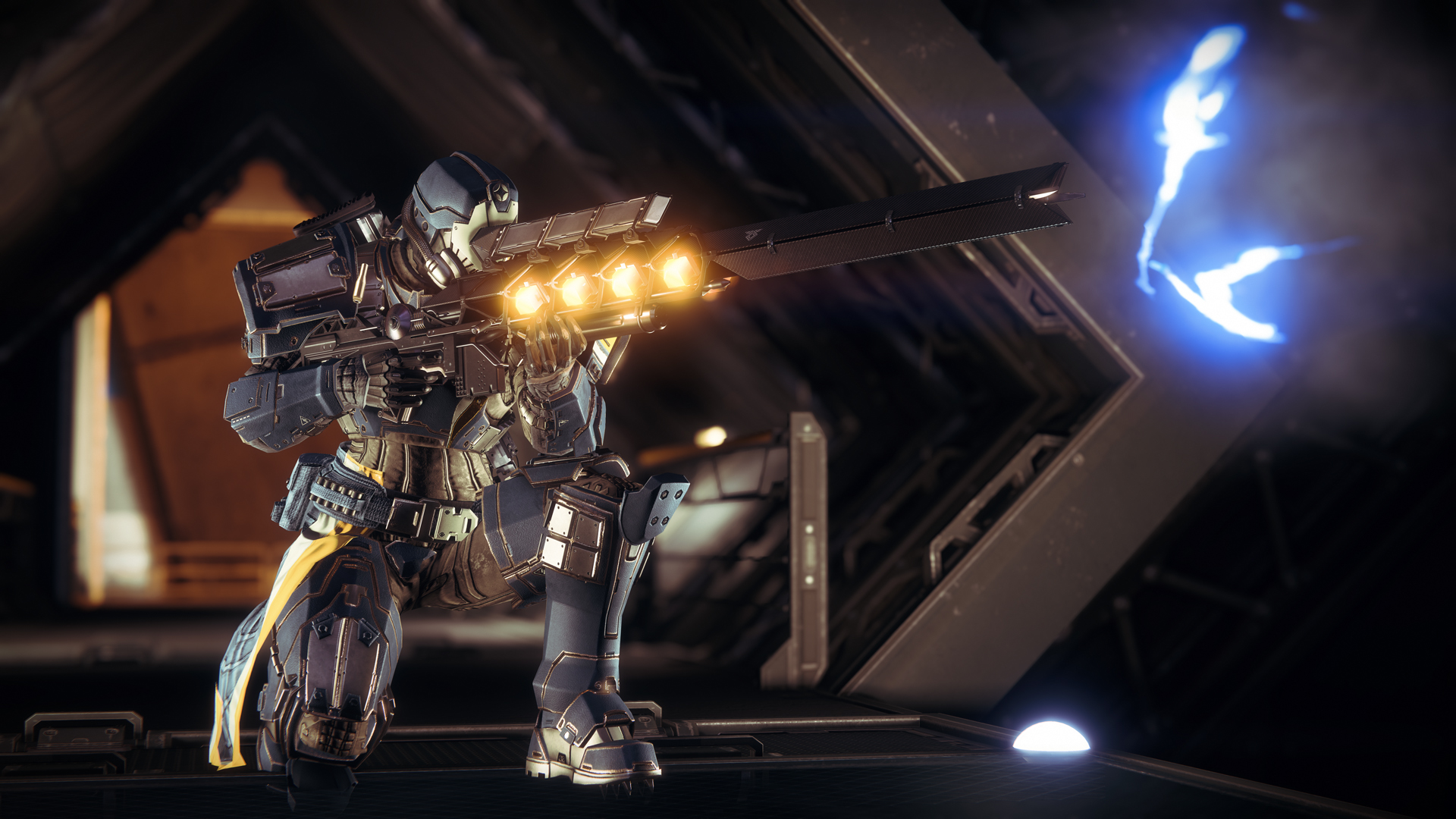 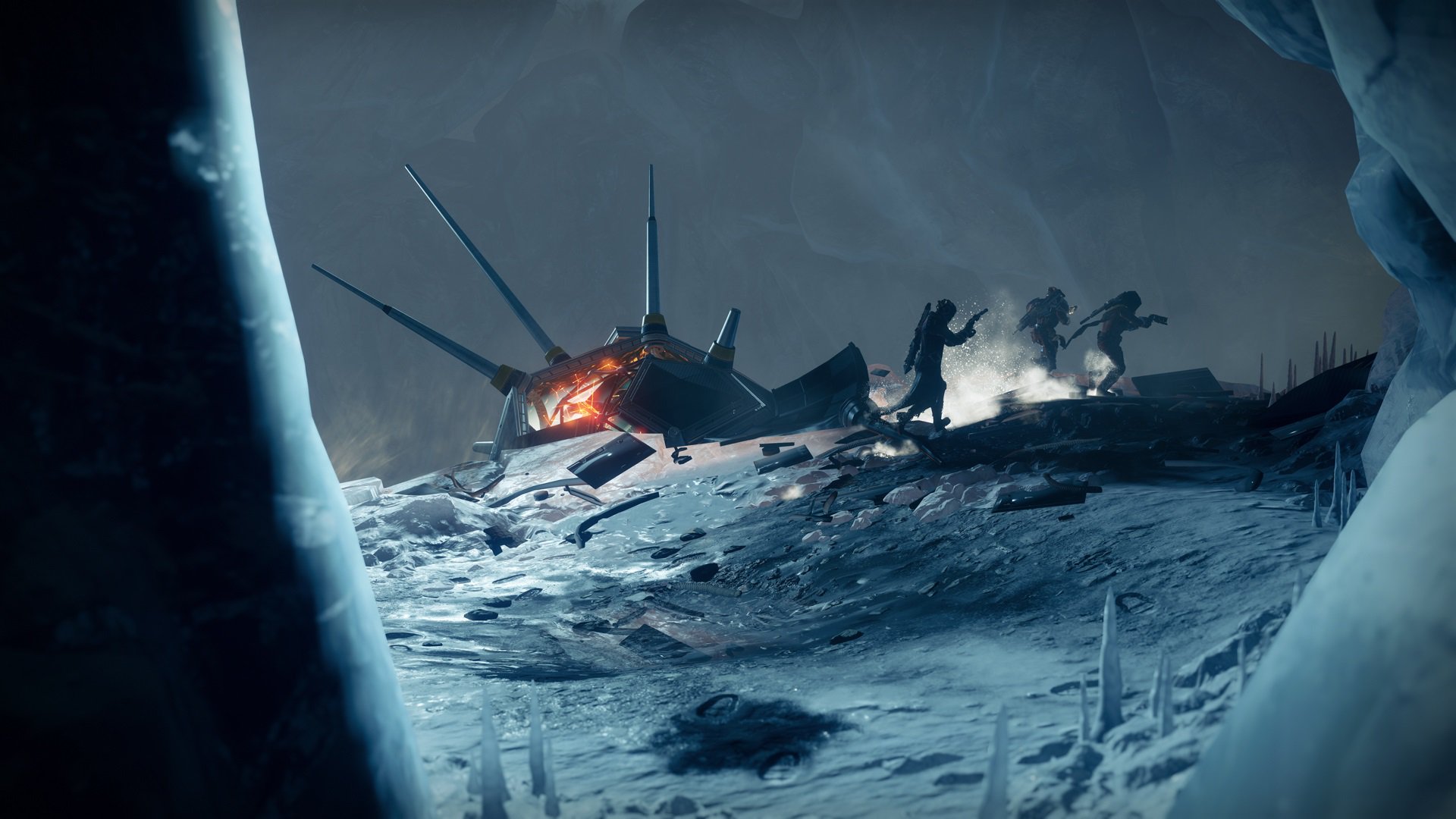 Heroic strikes have also received an update that brings them more in line with the classic experience by adding modifiers to up the challenge of each dungeon run which update with the weekly reset. This unfortunately shows a pattern with Destiny 2 updates, we seem to be praising Bungie for adding content that should have been included in the base game. After all, this new content was already available in classic Destiny before the players made the move over to Destiny 2. The same thing can be seen in the PvP Crucible where we’ve now seen private matches finally added.

As well as two new maps the biggest change in the Crucible is the Valour and Glory ranking systems. Valour is used to up your rank in the casual playlist which can only increase and will unlock gear as it increases. Meanwhile Glory will fluctuate with your wins and losses so that you can properly display your performance for all to see. Outside of this the Crucible doesn’t have any other major changes. The Nightfall and Raid Lair once again offer a Prestige difficulty but if you play the regular low level versions you can end up with some of the high level gear, showing once again a strange imbalance when trying to coordinate with adopters of new content and those still enjoying the classic experience.

Destiny 2 has been struggling to engage with its community to convince players to come back for the gameplay loop on a regular basis. Warmind plays on both the strengths and weaknesses of Destiny 2 and Destiny as a franchise in full. The world building certainly exists but it feels like unless you are willing to delve deep into the lore you can be left looking at a world that feels like it is being built on the fly and not really thought out. Warmind definitely improves on Curse of Osiris but still feels shallow in areas. While many will have received these first two DLCs included with the base game, those that have purchased it separately after the fact might feel underwhelmed. Warmind is still fun but I still can’t be sure if it is worth the price of admission or if it will be enough to stem the flow of players looking for new games as services. With E3 just around the corner I’m sure we’ll hear about the beginning of Year 2 Season 1 which is expected in September this year — hopefully it will bring the same improvement in experience and depth that the Taken King did for classic Destiny, but should we reward Bungie for this business model?