It seems like just yesterday that Hyrule Warriors was originally released on WiiU in 2014. It was practically a love letter to Legend of Zelda, with playable characters and levels from every era across the franchise all brought together in a zany action hack-and-slash with hundreds of hours worth of gameplay. It received positive reviews across the board for its massively fun combo strings, gorgeous visual style, and Zelda references everywhere you looked. Thanks to its success, Hyrule warriors Legends was released on the 3DS – a version of the game that improved some features, added some brand new ones, and included characters that were once paid DLC. Hyrule warriors: Definitive Edition for the Switch is basically  the same as Legends – just incrementally upgraded.

This is a great chance for those of you who never picked up the previous versions. Having played both the original game and Legends, I can say with confidence that Hyrule Warriors: Definitive Edition really lives up to the title. It combines the original and 3DS versions to make it the best looking, most satisfying experience of the bunch. It hits that sweet spot between portability and graphics power that neither Legends nor the WiiU original managed to.  The original looked fantastic, but it could be hard to commit to a several hour session of the game. The mindless button-mashing fun seemed better suited for short bursts of play. And while the 3DS edition scratched that itch, the graphical downgrade was sad to see – and the game lagged horribly unless it was played on a New 3DS. On the Switch it’s back to looking like a million bucks with its 1080p resolution and high frame rate. It runs flawlessly in docked mode and impressively in handheld, and a new option to save and then resume the game mid-scenario means that its perfect to play away from home.

That being said, that’s really the biggest draw this edition has. It’s essentially the same game as Legends. The only new characters are the ones introduced as Legends DLC, and all weapons and combos are unchanged.

“If you’re a newcomer to Hyrule Warriors, this game will be a goldmine of content.”

Also unchanged is the metric ton of content to conquer.  If you’re a newcomer to Hyrule Warriors, this game will be a goldmine of content. The game gives you plenty of reasons to go back and play previous missions for the sake of obtaining rewards, items, or materials. If you’re a Hyrule warrior veteran, however, the thought of going through all those levels yet again might discourage you. You’ve probably already spent countless hours unlocking characters, weapons, and those pesky gold Skulltulas, and now you have to do it all again?

It always sucks to restart a game from the beginning, especially when you likely haven’t even completed all the content of the previous versions. These were certainly my thoughts as I began the game. I quickly forgot those misgivings, however. The Dynasty Warriors style of play lends itself very well to its repetitive nature. Many scenarios are functionally the same and they can start to blend together after a while… but it’s fun. Smashing enemies left and right with an unrealistically-proportioned weapon is amazingly satisfying, and with each of the 31 playable characters’ unique combo strings, you’re unlikely to get bored quickly.  And because Hyrule Warriors is designed around replaying levels anyway, starting again from the beginning was like second nature for me. 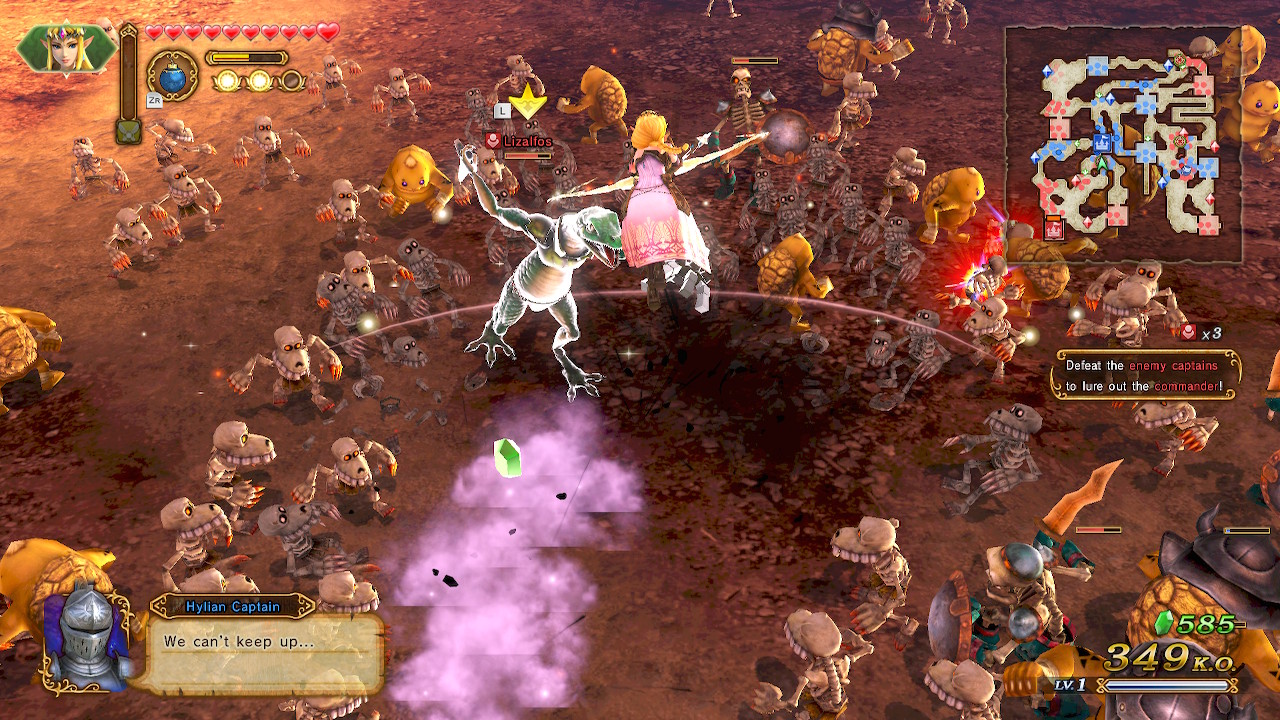 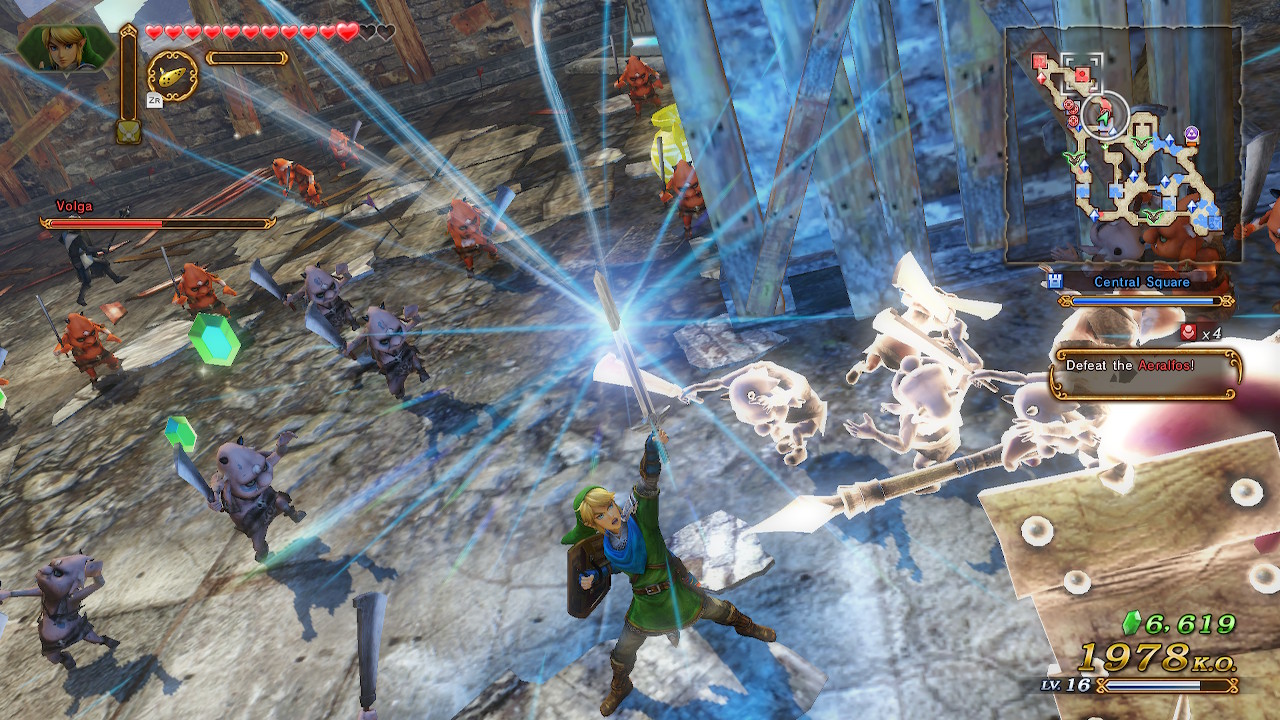 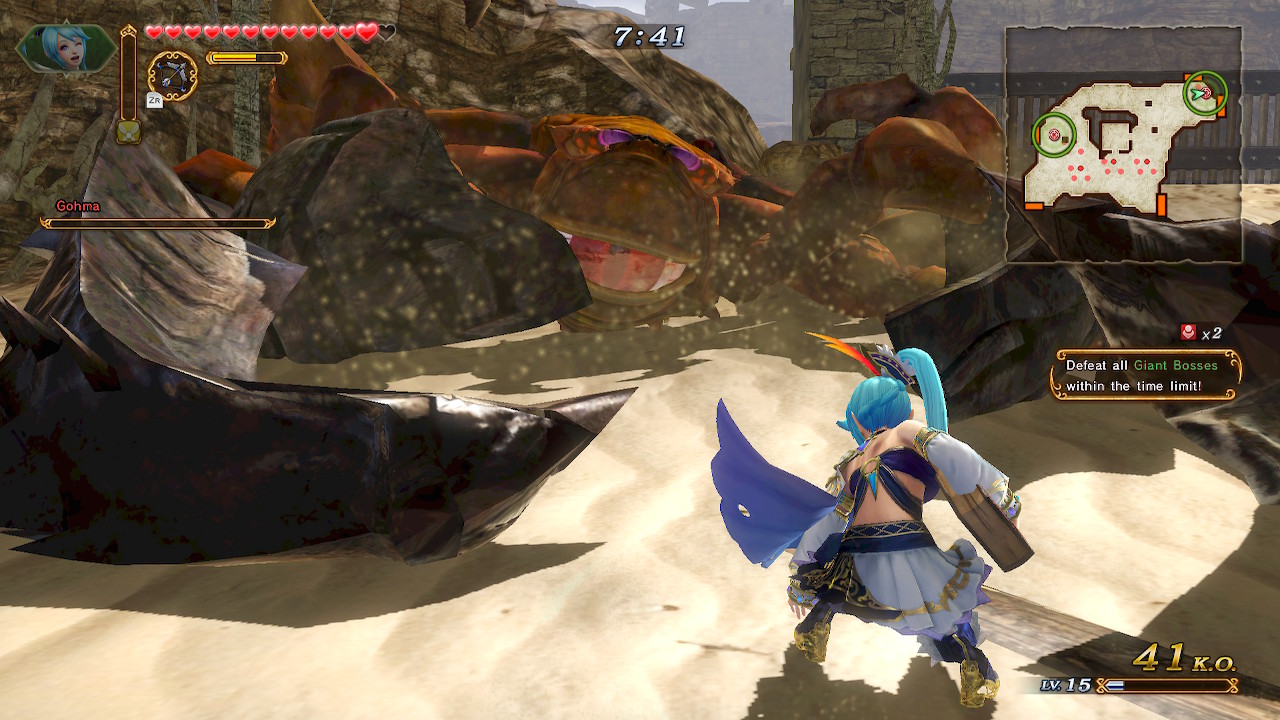 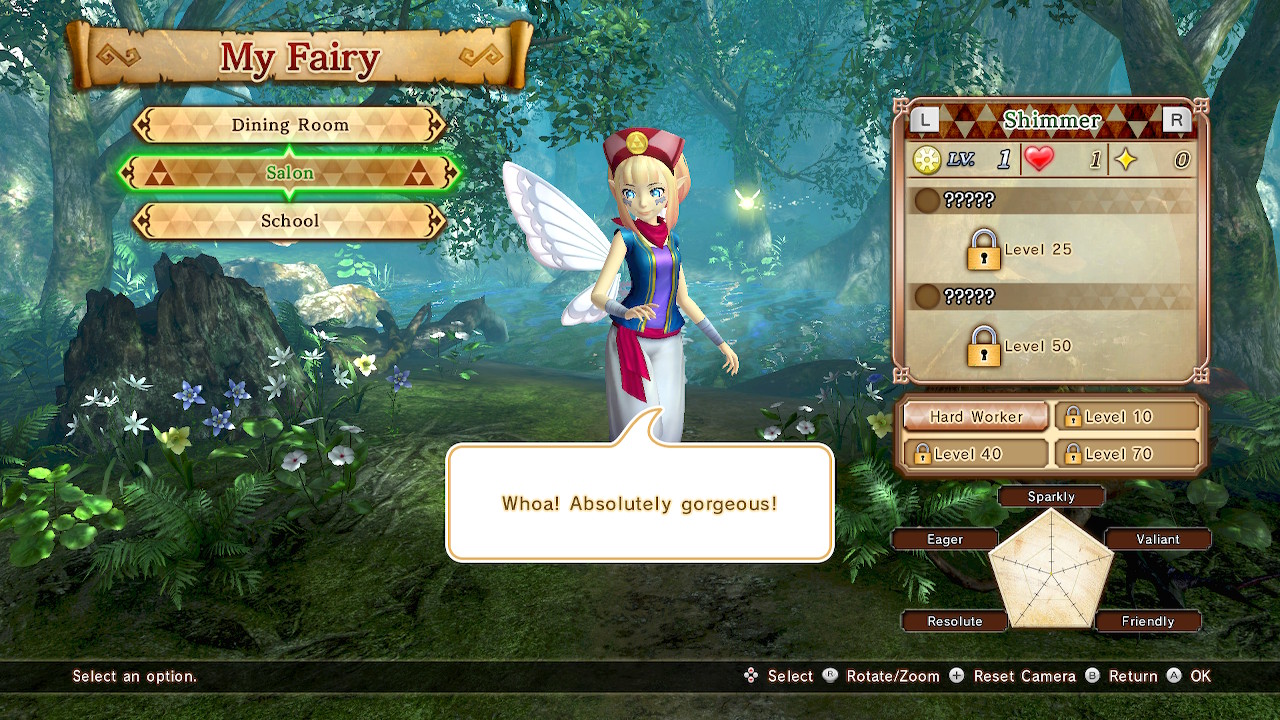 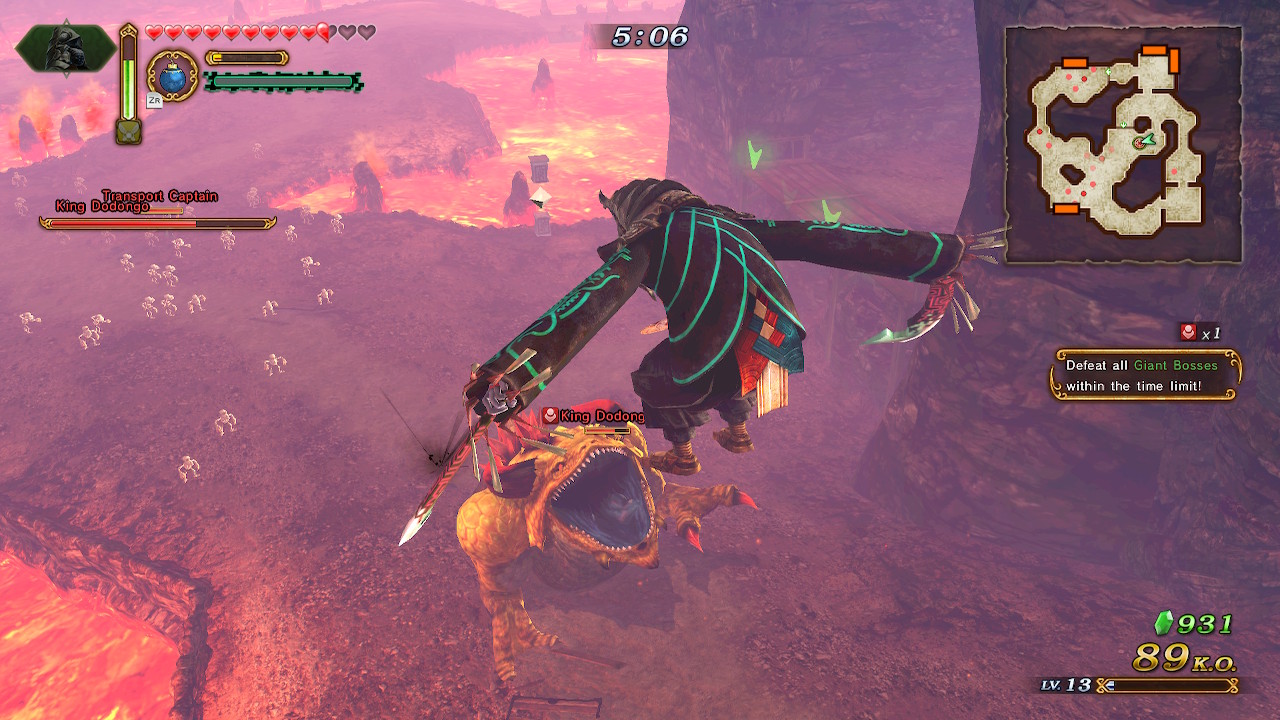 What exactly is different?

The short answer is, not a lot. Like the previous games, Hyrule Warriors: Definitive Edition has a metric ton of content to throw at you. The story campaign is a decent length with enough collectibles to keep the replay value high, and its even longer now with the Linkle and Wind Waker stages now included in the base game. Adventure Mode, which once upon a time consisted of a total of 3 maps, now contains 9 worlds from iconic Zelda games. Each one is lovingly rendered in NES-style pixel art, and contain a bounty of scenarios containing hidden rewards like costumes, heart pieces, and weapons.

Originally, Adventure Mode was where you went to unlock the majority of the characters, but this time around most of them come ready to play right out of the box. I like this, because you won’t need to spend as much time painstakingly unlocking your favourites before you can jump into the fun. Some of the DLC characters of the past still need to be unlocked, generally the more powerful ones like Skull Kid and Young Link. but now Adventure Mode is mostly reserved for treasures and collectibles.

If you’ve played any of the other two games, you’ve basically played this one. That will make it hard for some to accept the asking price, but there are a few features that might sweeten the pot:

The new mid-scenario save and resume function fixes that frustration of having your battery run low during a fight, or being forced to put down your game unexpectedly. Challenge Mode is back, featuring a time attack, boss rush, and KO count mode that will reward you with precious materials and rupees. The My Fairy Mode has received a graphic revamp and is now in 3D, allowing your adorable fairy friends to actually show on screen when you activate their powers. Co-op makes a return as well, but you’d be forgiven for missing it. It isn’t indicated in any way, but pressing L3 on the character select menu will allow a second player to join. There are slightly less performance issues this time around, though the drop in frame rate is still noticeable. Split screen is your only multiplayer option, and the Switch’s screen is so tiny that you can only really play it in docked mode.

And that’s really it. Hyrule Warriors: Definitive Edition doesn’t add a lot to the table, which means if you already have a previous version that you’re happy with, there’s not much to see here. I get the feeling this release is more intended for a new audience brought in by the Nintendo Switch.

If you’ve never played it, Hyrule Warriors: Definitive Edition is a must-have for any Legend of Zelda fan. For the rest of us, unless you missed out on some of the DLC along the way, the slight gameplay tweaks may not make a strong case towards having this on your Switch. It’s always a hard decision when a remaster of a relatively new game comes out. Is it worth spending the money, or do you make do with the version that you have? Hyrule Warriors: Definitive Edition is the best version of the three, but mainly because the previous two made you choose between graphics and portability. If you have a copy of Legends with all the DLC, you aren’t missing much except the graphics. Whether or not that’s worth it is up to you – let’s just hope they don’t announce more DLC.