No Man’s Sky NEXT Review – Finally, it’s some man’s game

No Man’s Sky launched many articles, videos, blog posts and conversations around the water cooler. The only issue is that it wasn’t exactly positive. What was promised to the estimated 200,000+ pre-orderers was not delivered. But the team at Hello Games did not sit back and relax and instead worked tirelessly to implement all that was promised in pre-release patches. All of that has culminated with the release of the NEXT update as well as a port to the Xbox One. But does it deliver or is it more empty promises?

If you are unfamiliar with No Man’s Sky, it was billed as a massive universe for you to explore, with everything down to the atoms being procedurally generated. With a galaxy of 18,446,744,073,709,551,616 unique planets to explore and the ability to claim them as your own, there was sure to be plenty for players to do. The unfortunate truth is, there was nothing much else to do. You would explore a planet to gather resources so you can fly to the next planet and repeat the cycle. The game felt like a half-finished piece and the public didn’t react very kindly, with every man and his sky giving it extremely harsh reviews.

So with the NEXT update and the new Xbox One release, Hello Games has a chance to reinvent the game and win back its audience. With promises of weekly content updates and community events, as well as implementing all the features initially promised, Hello Games is trying to win back its audience for the long term. But if the game doesn’t hold up in the short term, that means naught.

No Man’s Sky opens up with you regaining consciousness on an unknown planet, with no recollection of where you are, why you are there, or how you got there. Your first order of business is to collect elements in the wild to repair your equipment and find your way back to your ship. My first planet was extremely hazardous, so on top of collecting resources to repair your equipment, I also had to stock up on resources to keep my hazardous protection and my life support topped up.

The newly optimised quick menu gets heavy usage here. Everything from building to recharging your tech to calling your ship is accessible and quick, something which is an improvement over the initial release. What wasn’t improved is the game’s sound, specifically the frequency with which you’re told about your suits thermal protection being active, or whatever other status elements the hazardous planet you are standing on can throw at you. With only a single monotone voice sample for all of the game’s major feedback to the player, it becomes grating extremely quickly. Turning it off would be recommended, except that makes up the majority of the sounds that are available. The music is serviceable but seems to be on a very tight loop, and the effects from your weapons sound decent if not a touch too loud, becoming a bit of a headache after a while. YouTube or podcasts in the background are definitely recommended.

After locating your ship and doing some more fetch quests to get it repaired and up-and-running, the game opens up into a truer representation of what No Man’s Sky has to offer.  Taking off for the first time you really get to appreciate the game’s graphics. Flying through space is a true feast for the eyes with the planets, stars and the infinite space represented beautifully on screen. Using your ship’s guns on roaming asteroids to collect yet more materials is extremely satisfying.

After landing you get to start building your first base, a feature vastly improved in the NEXT update. New options, crafting tech, and the ability to build basically wherever you want are awesome new features. If you are a base building fanatic this will definitely tickle your fancy, with the ability to build sprawling houses with ease providing you have enough materials saved up.

The biggest promised feature that finally got delivered in this update was multiplayer. The ability to search the stars with your friends or just run into random people in the massive universe was something that was promised but never delivered. With the latest update however, this has been delivered, and despite the occasional glitch, it works quite well. Exploring the galaxy with your friends does amplify the fun and make the gameplay loop more engaging. The only issue is that mining materials, flying to a planet, and repeating the process isn’t actually all that fun. 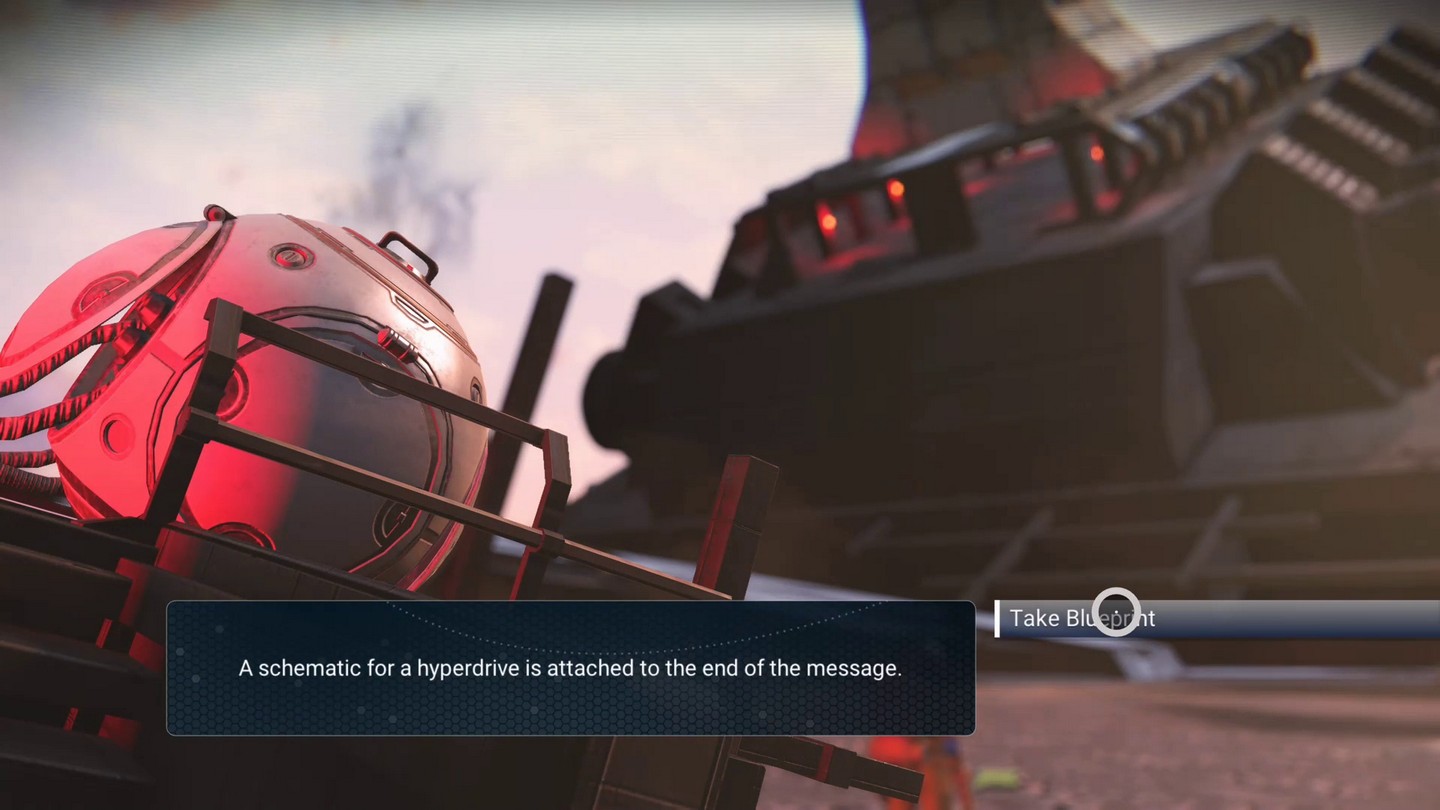 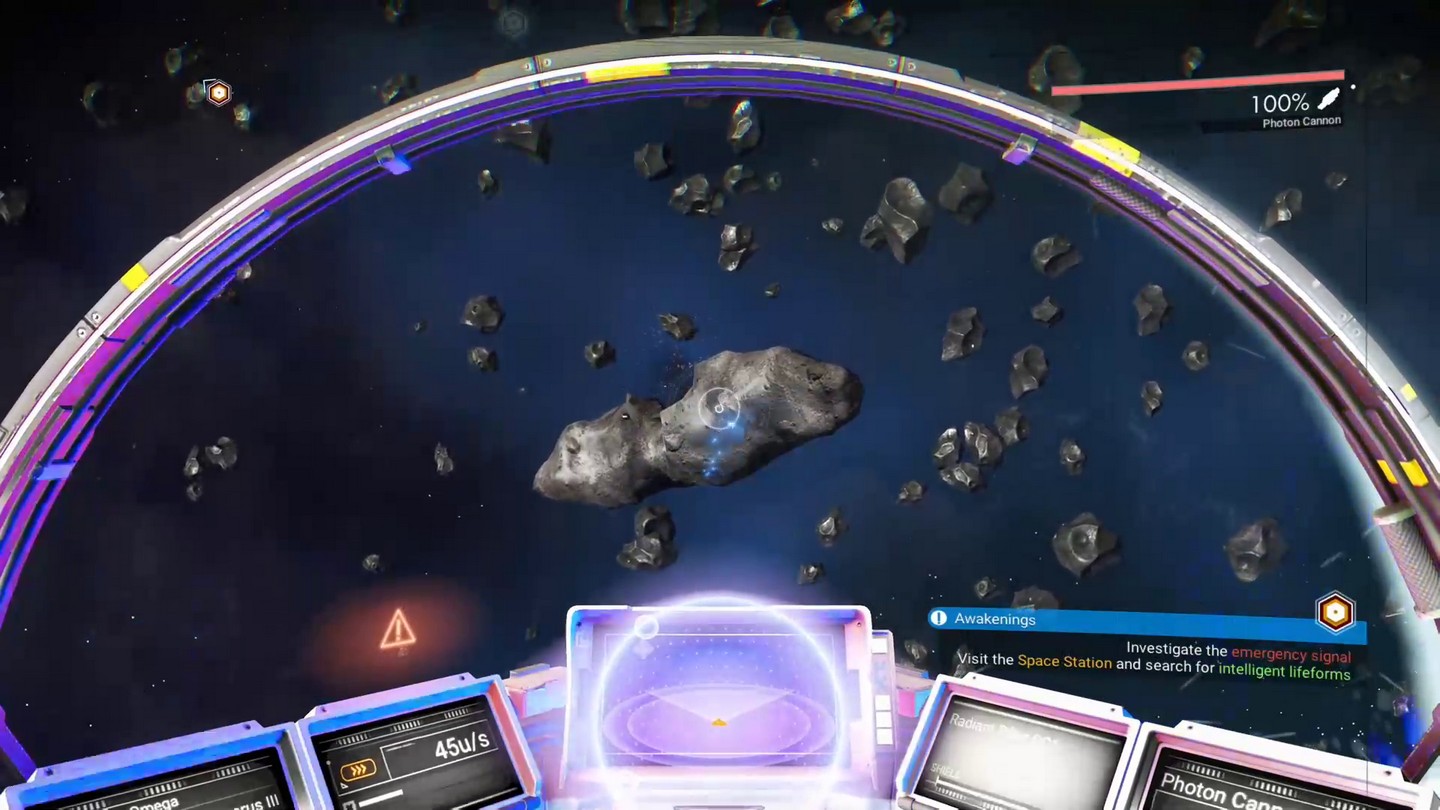 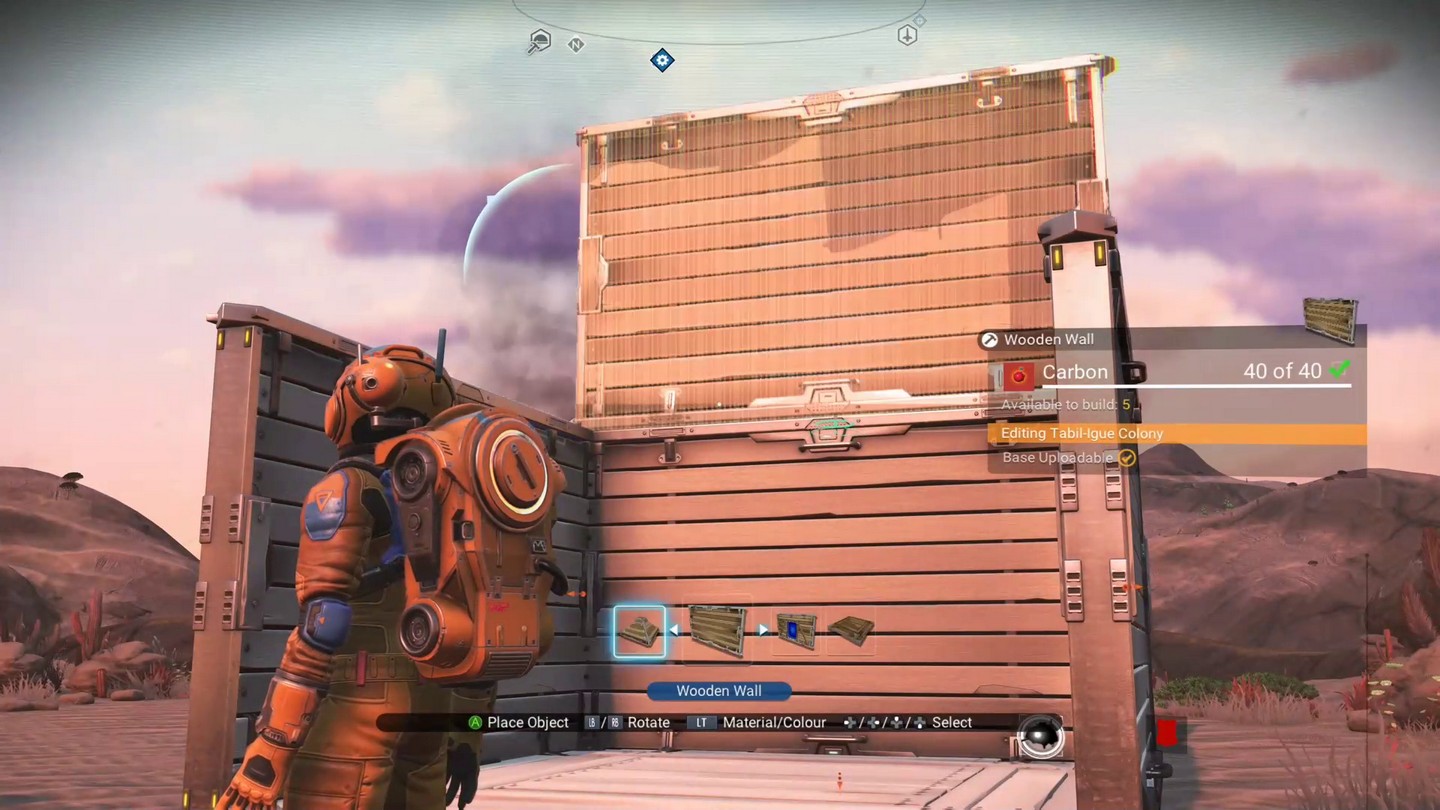 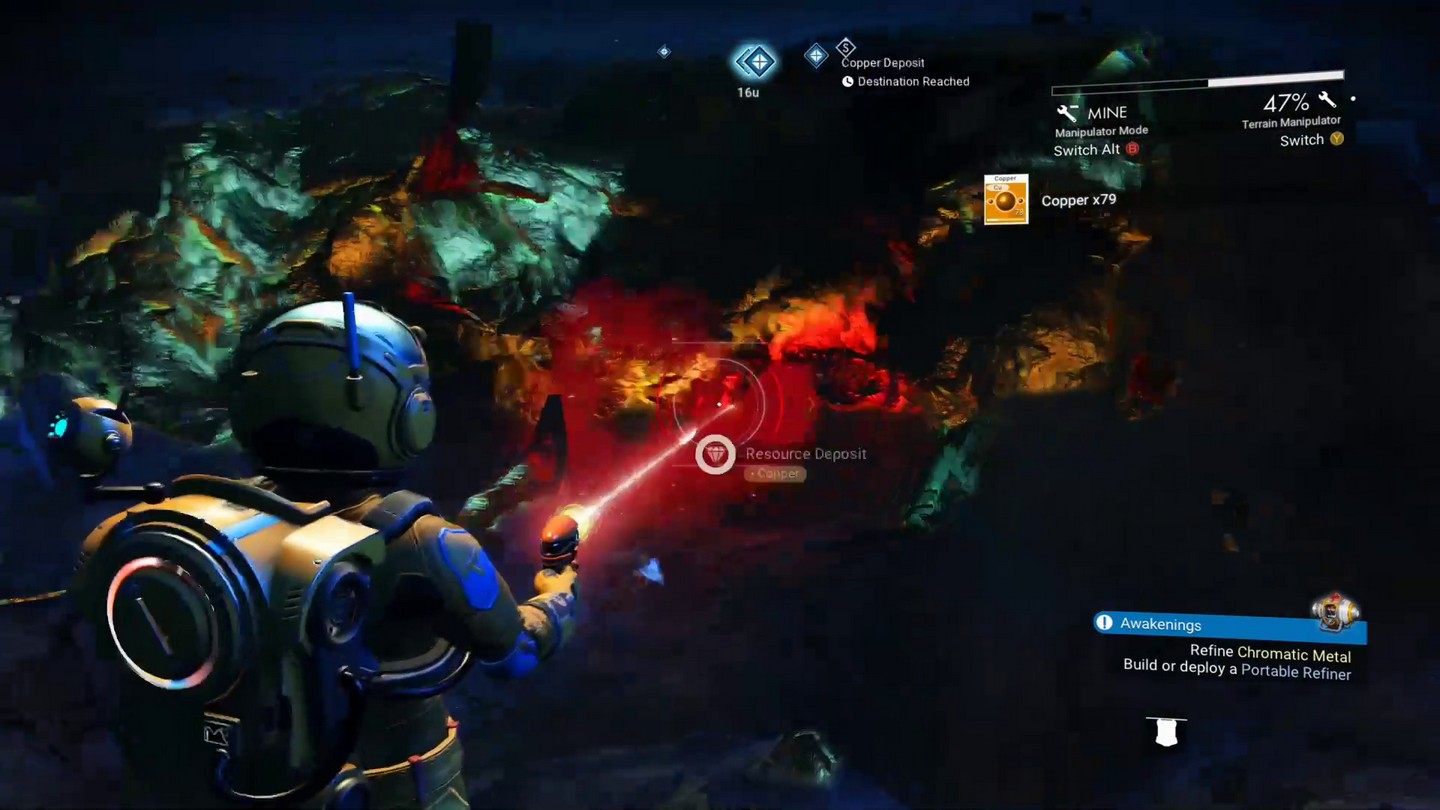 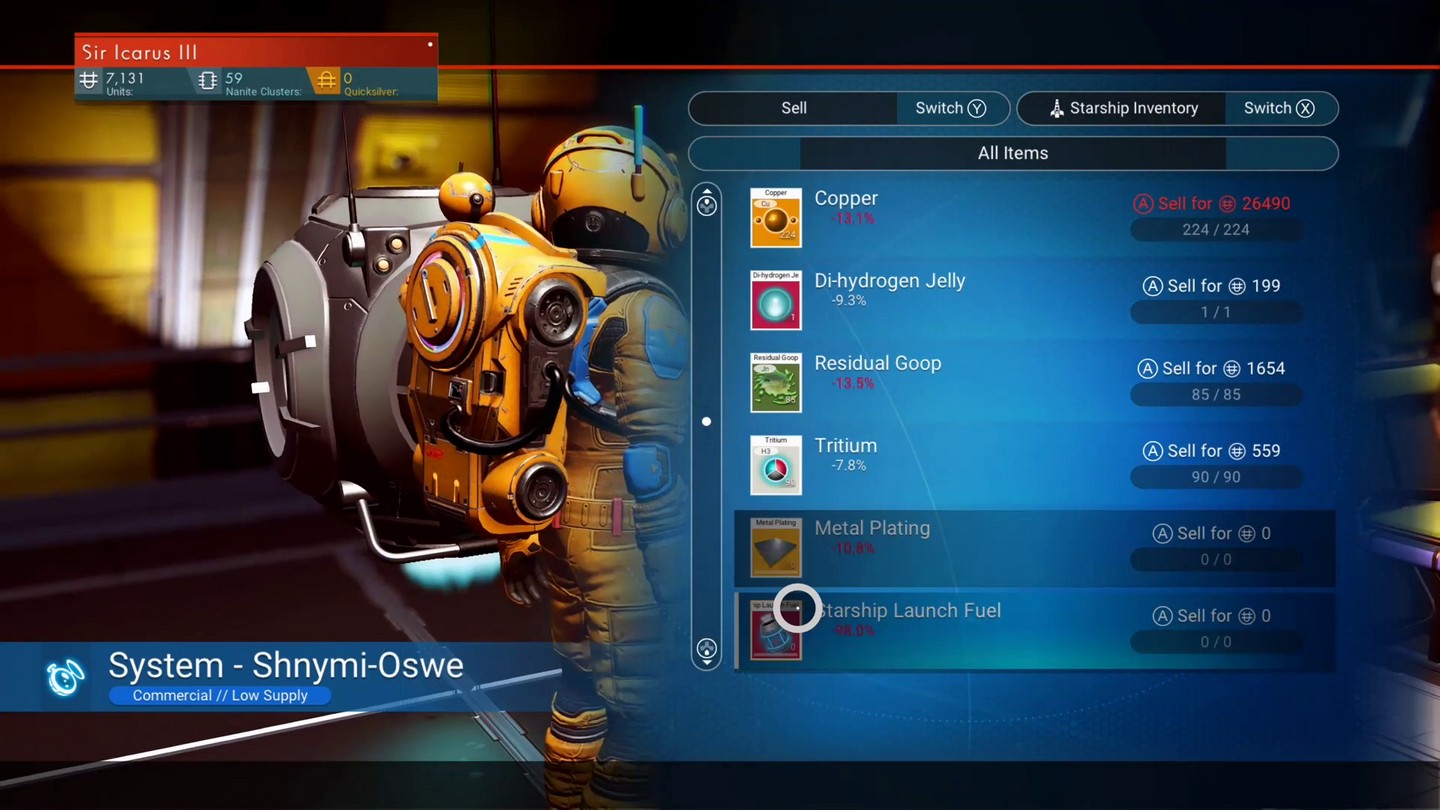 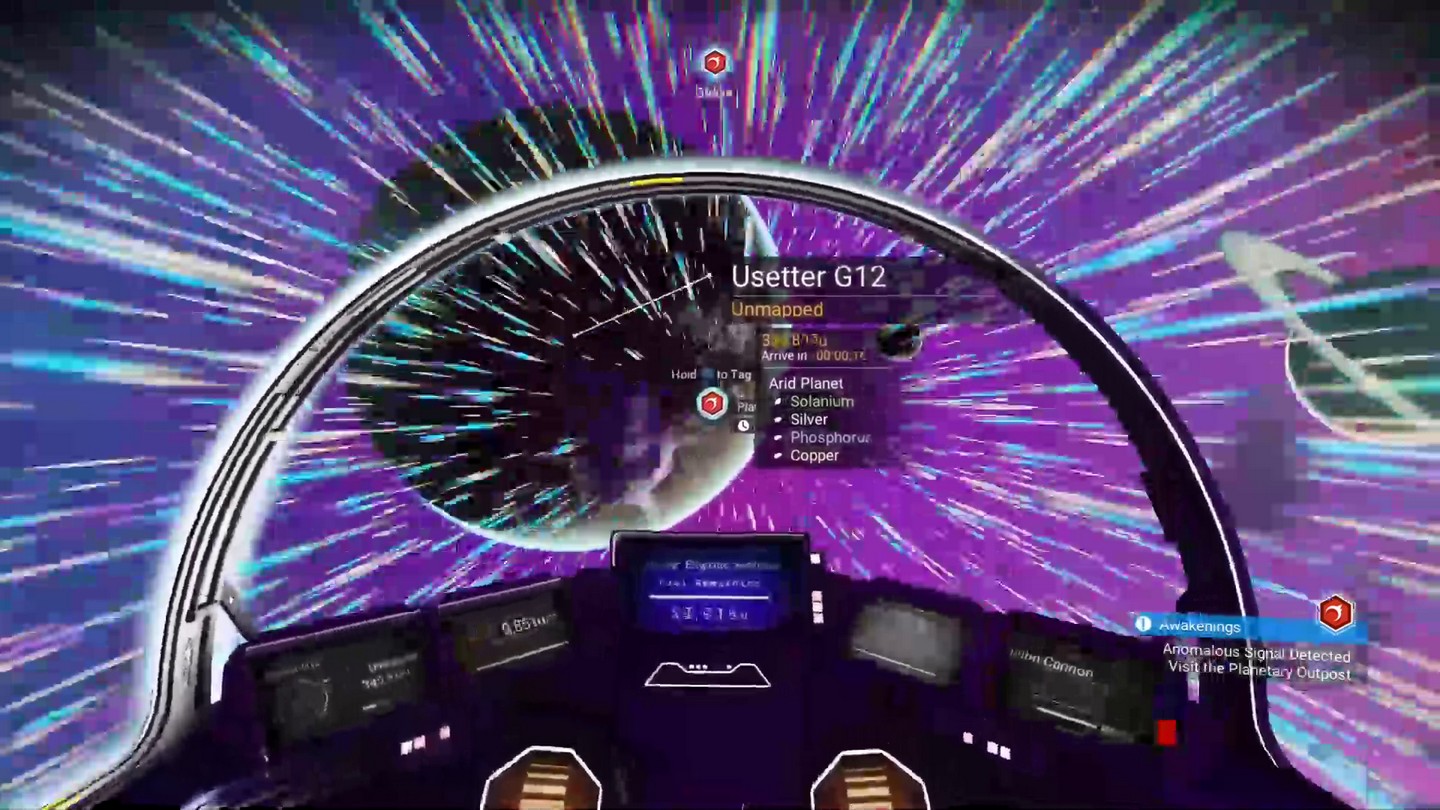 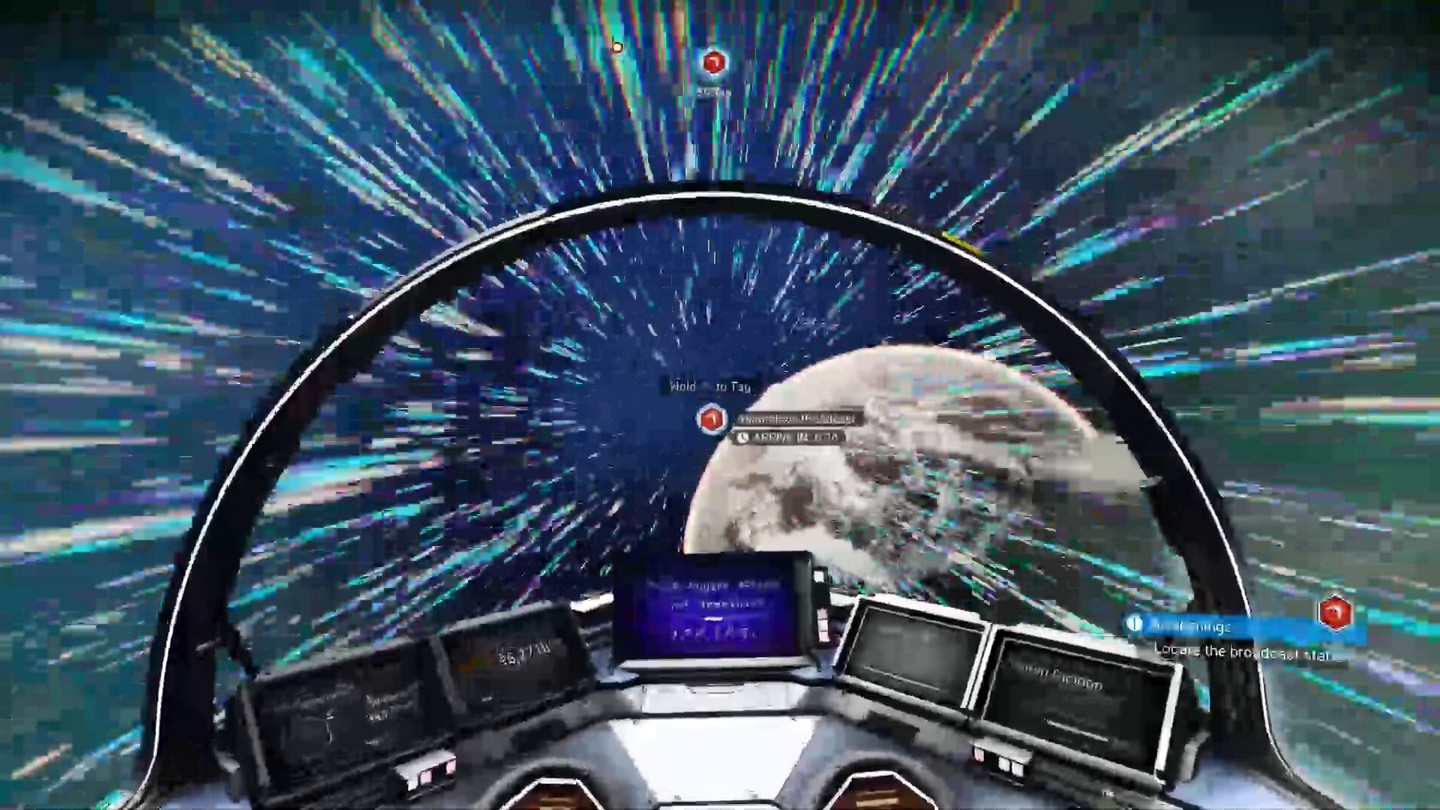 No Man’s Sky’s general gameplay loop hasn’t been altered. You recharge your mining beam or terrain manipulator so you can gather elements to recharge your ship so you can fly to another planet to recharge your mining beam and so on forever and ever. The exploration in itself may be enough to get you interested, and that would be entirely fair. Seeing how the game is laid out, being able to explore star systems with your friends, and even just building a base are all things that can be very fun. But if you are expecting more, you best look somewhere else. If that is something you are interested in however, No Man’s Sky with its NEXT update is definitely worth a shot.

The No Man’s Sky that Hello Games promised is finally here. You can build sprawling bases, play with your friends, and explore the galaxy to your heart’s content. The space exploration is satisfying, flying around, meeting new alien races and discovering planets and claiming them as your own is rewarding and engaging. The biggest issue is that the rest of the gameplay loop is hollow. Mining is tedious and planetary exploration, while interesting, becomes very alike after the first ten or so planets. If you enjoyed the original concept, this will be for you, otherwise you may want to give it a miss.