The World Ends with You – Retro Review

There has never been another game like The World Ends with You. Originally released for the Nintendo DS in 2007, It’s unique in almost every aspect, from its dual-control battle system to its graffiti-inspired setting and art style. It’s been 11 years since then, and it’s finally coming back on the Switch as The World Ends with You: Final Remix. As we eagerly wait for its September release, I thought it might be a good idea to re-examine the original to see if it holds up as well as we remember.

The World Ends with You (titled It’s a Wonderful Life in Japan) is a JRPG set in the bustling shopping district of Shibuya, Tokyo. Protagonist Neku Sakuraba is a product of 2007 – a moody teen with a bad attitude and a spiky haircut. He awakes in the middle of the street to find that he is dead, with a chilling text message explaining that he must take part in the ‘Reaper’s Game’ if he wants a second chance at life. Neku and a cast of others must battle across Shibuya, fighting monsters and reapers using mysterious pins that allow them to use a variety of flashy powers.

In true JRPG fashion, there is a large focus on the plot and characters. When you’re not battling, you’ll be exploring the town and learning more about the world – both the lively Shibuya and the mysterious Underground. What begins as an adventure with the simple goal of winning the game morphs into a story of bettering oneself, opening up to others and reaching out to the world. The characters are charismatic and carry the punkish, out-there tone well, and even the bad guys are hard to hate once you learn they’re all just trying to hit their targets to climb a corporate ladder.

Where The World Ends with You really shines is its totally unique dual-screen battling system. It makes use of both screens of the DS, with Neku on the bottom controlled by the stylus and his active partner on the top controlled with the D-pad. You have to control both at once, coordinating your attacks to maximise your damage across both characters. Enemies will sometimes escape from one screen to the other, creating an interesting battle dynamic that I haven’t really seen before or since.

If you’re getting war flashbacks to Star Fox Zero, don’t worry. Flicking your eyes from screen to screen is easy, and the game encourages you to learn at your own pace. If you leave your partner inactive for a few seconds, AI will tag in for you until you’re ready. You can turn the function off entirely once you get the hang of things, as well as adjust overall difficulty.

Neku’s screen will demand your attention the most, as his attacks require precise inputs with the stylus. To attack, Neku uses pins – collectable items that can be leveled up and evolved, each with a unique design and attack. Most will have you poking or slashing the screen in different directions, but some rarer ones are activated by blowing on the screen or even yelling into the microphone – probably don’t play in public with these ones active. If you’ve forgotten what action activates your pins mid-battle, don’t worry – spamming with the stylus is an effective tactic, and one I used often enough to be embarrassing.

There are more than 300 pins to master, and they are so much fun to collect. They are rewarded frequently by winning battles and progressing the story, but the majority are found in shops or by evolving the ones you have. With varying attack styles and effects, you can find a play style that suits you. Not since Pokémon have I felt so motivated to collect ’em all. It’s just a shame that the methods of of pin evolution are such a slog.

Pins evolve with PP – ‘Pin Points’. Battle PP is earned by battling. Shutdown PP is earned over time while the game is switched off. And Mingle PP is earned in a special mode which allows your DS to  communicate with other DS devices, similar to Streetpass. You only need a small amount of Shutdown or Mingle PP to evolve a pin, but it’s still annoying to have to quit playing the game so that your pins can level up. There’s no way to tell what kind of PP they need either – you just have to guess. Nowadays you can just look it up on the wiki, but without the internet’s helping hand it would take years of frustrating trial and error.  Here’s hoping The World Ends with You: Final Remix has found a way to fix this.

As well as pins, the shops around Shibuya offer hundreds of clothing items that give Neku stat boosts and status effects in battle. Buying a lot of stuff from one store will level up your friendship with the shop attendant, who will in turn clue you in on some secrets about the stuff you’ve got. It may not even be stuff you bought from their store, which is a fun incentive to pop into whatever store’s nearby.

The World Ends With You  is a complete shift from the common RPG. The urban contemporary setting is still a breath of fresh air even after 10 years, and everything about the art and sound design really makes you feel like you’re in Tokyo. And it’s not for nothing either – this is a story that could not have been set  in any other time or place. The constantly shifting fashion trends of Shibuya is woven into the core of the game’s story and mechanics. It’s not just making a point about individualism and self-expression, it’s a tangible part of the gameplay that you’ll need to keep your eye on. If a pin’s brand isn’t doing so hot on the charts, its damage will drop. You can increase the brand’s popularity in the area by wearing their clothing and accessories, and some missions will require you to do so. 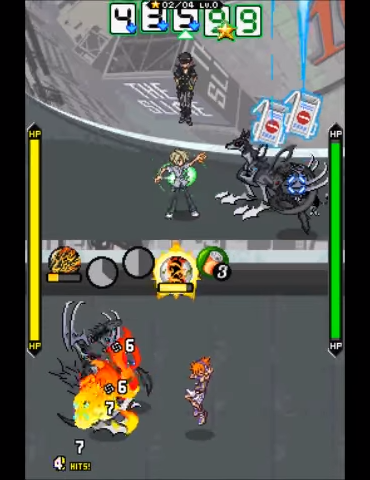 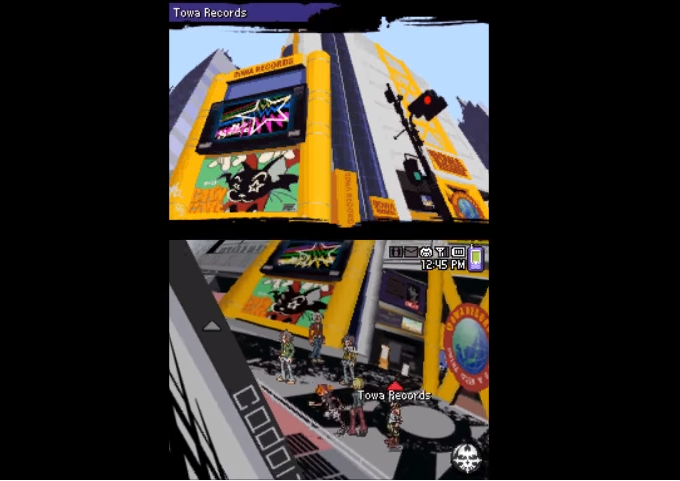 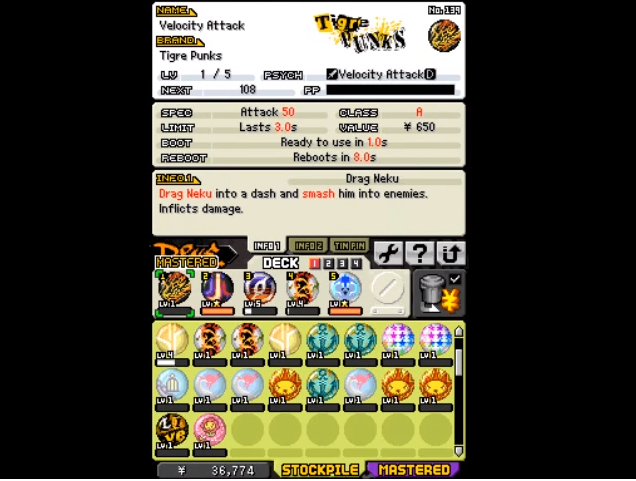 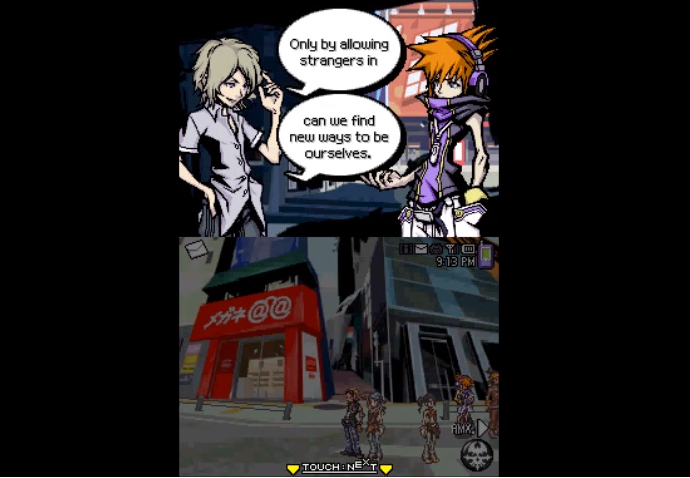 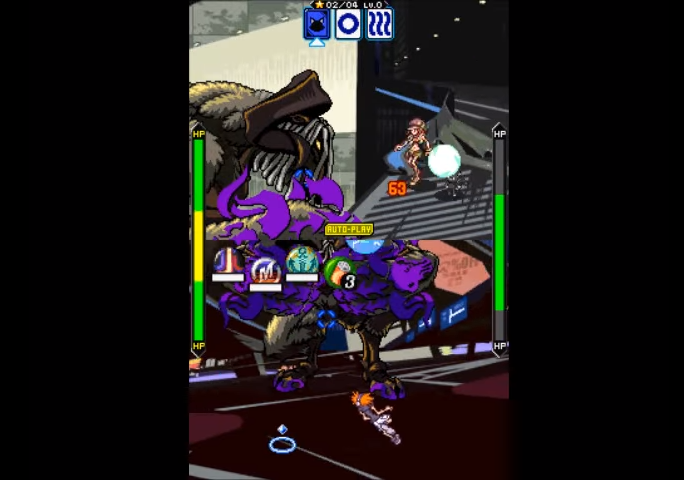 Shibuya’s world of the dead – called the Underground or UG-  is a masterfully crafted world that’s rich in details. Many recent games don’t manage to create such an interesting experience. Once you’re done with the final chapter, you’ll find out that you’ve only scratched the surface – if you do a little digging into the post-game content, you’ll unlock tidbits and details that really make the world feel larger than its tiny cartridge. That being said, what Neku can interact with in Shibuya is limited. He can enter shops or eavesdrop on some passersby, leading to some interesting pieces of gameplay such as manipulating events and people without their knowledge. That’s about as far as it goes in terms of interaction. The majority of your time spent in Shibuya will be spent talking.

This is standard for a JRPG, of course, and its frankly amazing story and characters are more than enough to carry it. But it’s worth a mention, as most games these days have more voice acting and animation to keep us in the moment. The World Ends with You only has a handful of barely-animated cutscenes, and voice acting is minimal, meaning that the constant barrage of same-y dialogue boxes can get tiresome after a while. If the story’s not enough to hold your interest, it’s likely you’ll feel like you’re leading Neku by the nose from one dialogue point to the next.

There is a mass of end-game content. After completing the main story, the player is dropped into Shibuya again – but this time they are free to explore every area to their heart’s content. There is an extra story to complete as well, a light-hearted romp through the town which comes as a much-needed reprieve from the final chapters of the game. Each chapter has been updated too, with hidden rewards and secrets.  This and the fact that you’ll probably still have 50% of pins collected, makes it way too easy to tow yourself back into chapter 1. I’ve missed seeing this amount of end-game content in games, as there seems to be less of it around. Maybe I’ve just been looking in the wrong places for them.  I hope that the release of The World Ends with You: Final Remix on September 27 will inspire a wave of interest for similar titles.

While I remember being a little overwhelmed at the controls at the beginning, what prevented me from feeling bored or frustrated was the satisfaction at tackling something completely new. What will really make or break the game for you is how engaging you find the premise and story. It’s not such a good match for those of you who prefer to jump right into the fighting, or who find themselves irritated by long stretches of inaction or dialogue.