Battlefield is an interesting beast. One of the big names in online first person shooters it is perpetually at odds with its competition, not of its own accord but usually by rabid fan bases that have drawn a line in the sand. As such it is never granted the opportunity to exist as its own entity; always compared even when it doesn’t want to be. This has resulted in Battlefield attempting to find ways to set itself apart from the rest of the war shooters that exist, and for the most part, this entry succeeds.

Battlefield V leaves behind the conflict of World War 1 that its last entry was set in and instead moves forward to World War 2, a much less morally ambiguous war that video games have touched on often – as Nazi’s make for easy villains and stomping them never goes out of style.

Unlike one of its competitors this year, Battlefield V has made the choice to keep both its online and single player content. Taking lead from its last entry the single player focus isn’t on one over-arching story but instead will give you chunks of missions following different soldiers call “War Stories”.  At launch there are three different War Stories with each taking an hour or two, depending on how much time you invest.

Each story is set in a very different environment and have an extremely different feel to the gameplay. These are a strong entries made even stronger by following stories that you do not hear traditionally about in the media when we talk about World War 2. The Norwegian resistance fighters who stopped the Germans developing Atomic Bombs, the Special Boat Section unit made up of hopeless causes and Senegalese units of the French Colonial Forces taking back the French “homeland” that they’ve never even seen.

The stories have a lot of heart and are tales we’ve not heard before, made even better by the fact that each nationality is fully voiced in their native tongue. This is a story of Europe torn asunder and being from a European team means that they have shown love for the real people behind these stories, adding a narrative depth I was not expecting. Also I want full games about some of these characters, especially Nordlys which was a gorgeous story about not giving up in the face of utter destruction and the bonds of family.

However, Battlefield is most known for it’s multiplayer action and this entry certainly delivers. There is a very large tonal shift as you jump from the sombre stories of war to bailing out of your plane directly into the fray online. Multiplayer maps are massive and combat is just all out with bullets and bodies flying everywhere. You choose from 4 different classes, Assault, Support, Recon and Medic and it will be important to have a mix of them in your squad and that everyone plays their part to achieve victory.

“The ebb and flow means that very rarely do you feel like you’re against insurmountable odds, however you also can’t ever get too cocky.”

You’ll be working to hold off enemy forces or pushing to take points. The ebb and flow means that very rarely do you feel like you’re against insurmountable odds, however you also can’t ever get too cocky. The levelling system does mean that those who have been playing longer can sometimes outclass you which means they have more experience and weapons, but you level up fast enough that you won’t feel like your dragging behind. Without any micro transactions or loot boxes you’re instead rewarded for your time in-game so it feel like you are getting somewhere. Rewards are related specifically to the character you are playing and the weapon you are favouring to help you customise them and expand on your experience, so that you’re never left with something you know you won’t use.

Unfortunately, there are a few problems in the Multiplayer that are still being ironed out. I had a handful of game crashes, one just as our team achieved victory after a half hour long battle. In another instance the bombs that my team needed to achieve victory vanished, shortly after we realised that the timer had hit zero and the game was still going. The game could never end; but thankfully I didn’t loose any of the tasks I’d completed during the match, or even the XP.

When joining a match you’ll be put into a squad of four as part of the larger team. These squad mates will act as spawn points and will also be able to revive each other. You can make up your own team of four or if you join a game alone you’ll be assigned to a team. This is a good and a bad thing. Good because teamwork, bad because there is nothing more frustrating then being teamed with a lone wolf who won’t give you the time of day but then stand next to you begging for a revive. 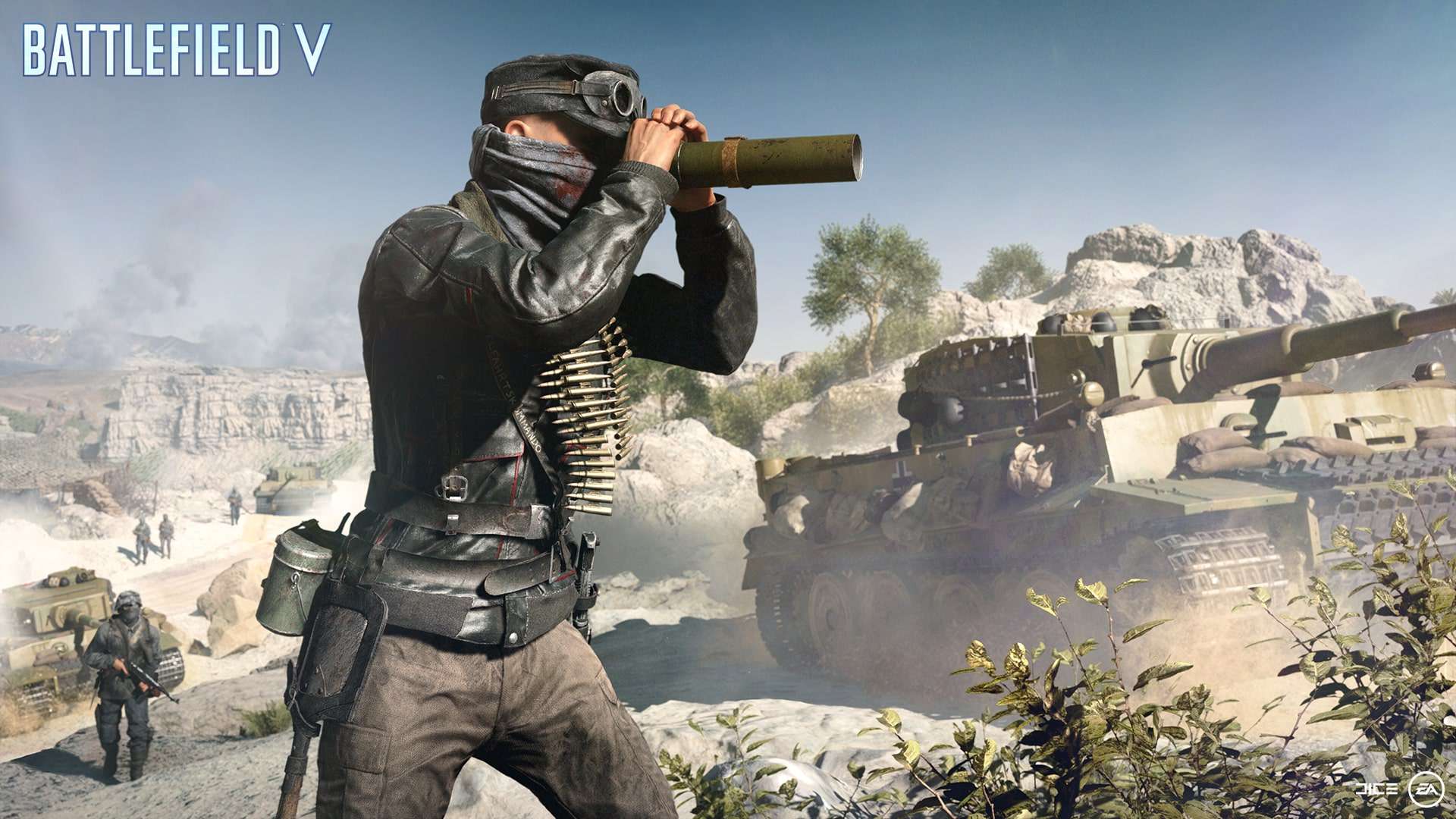 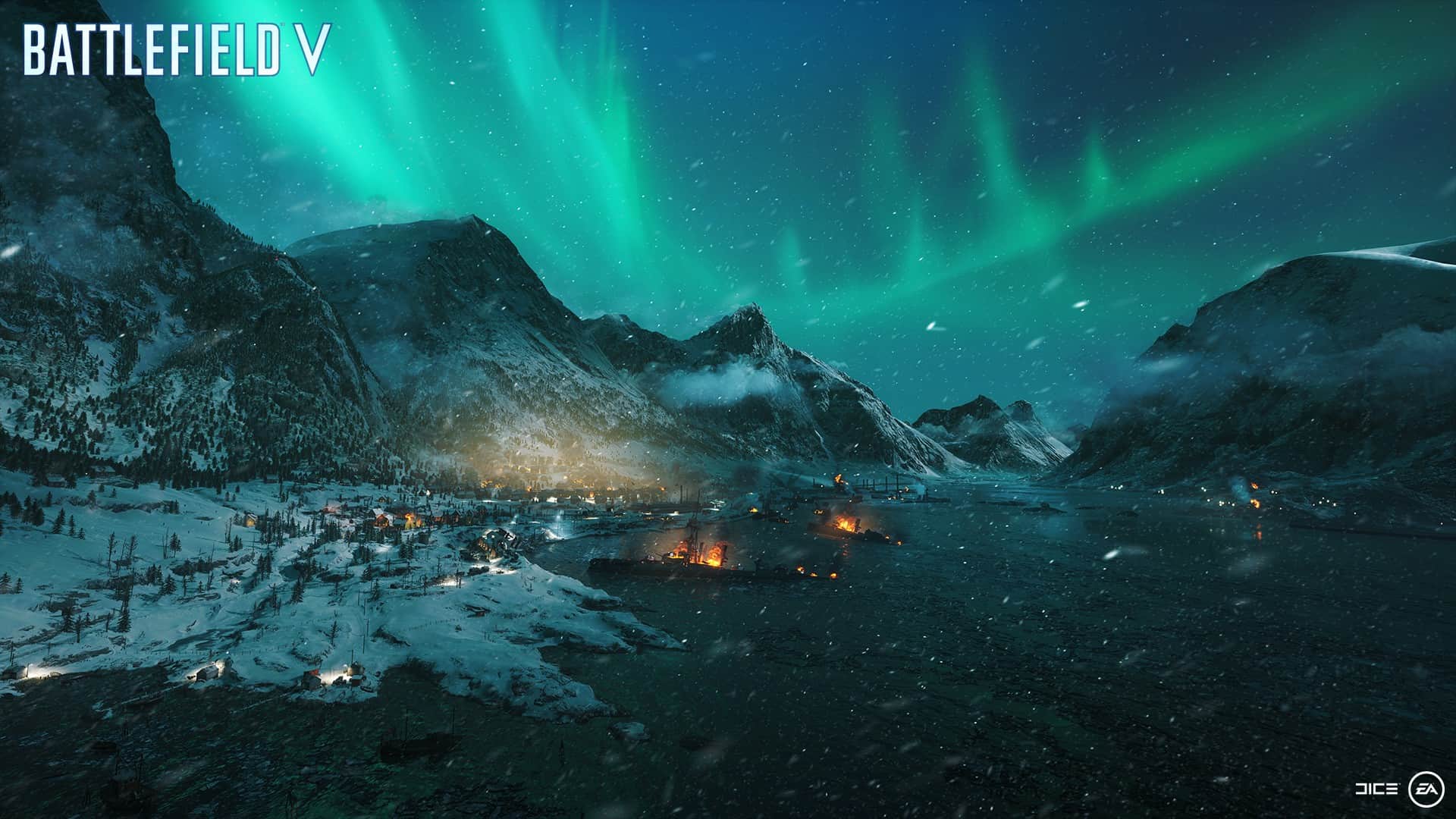 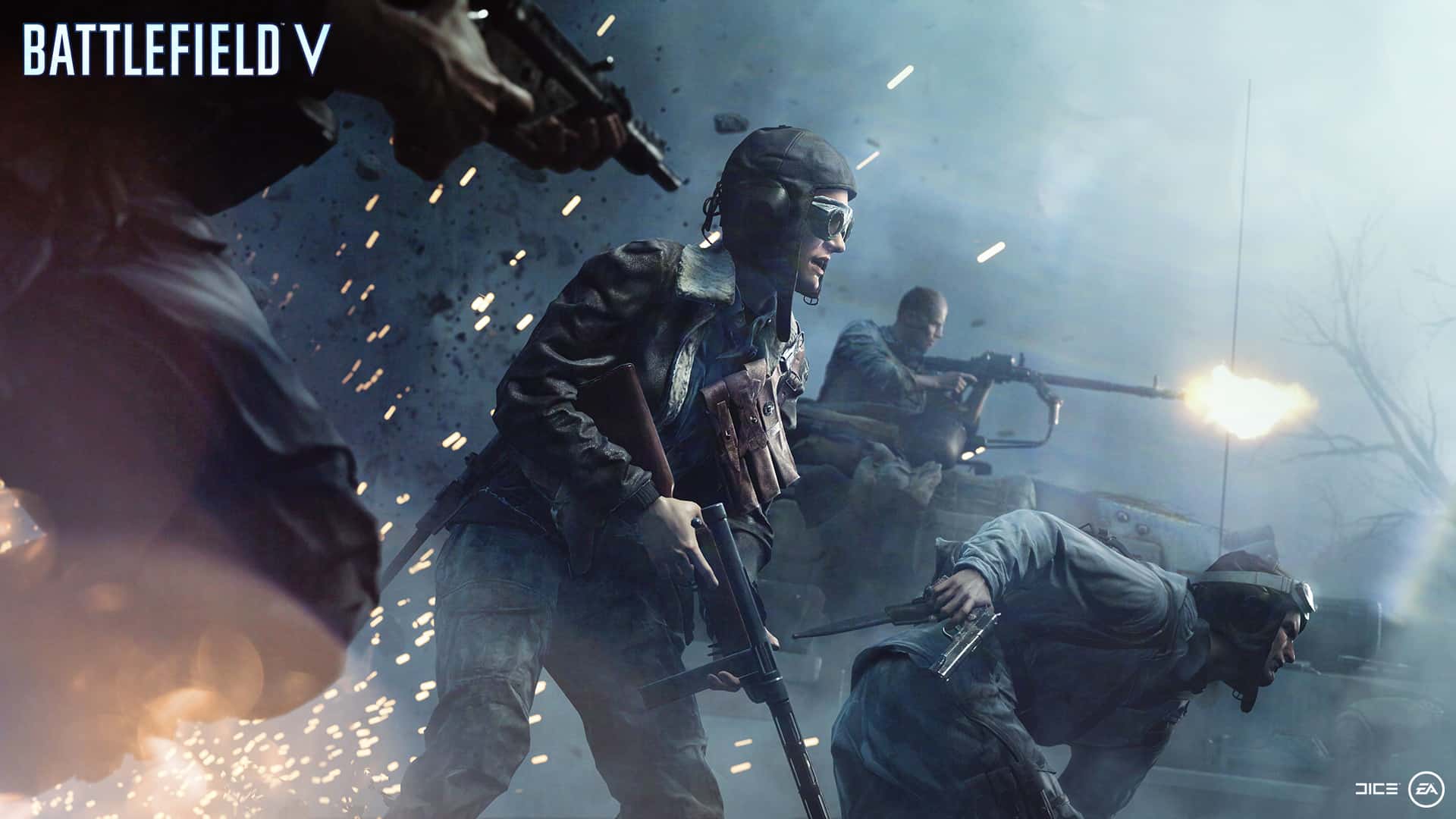 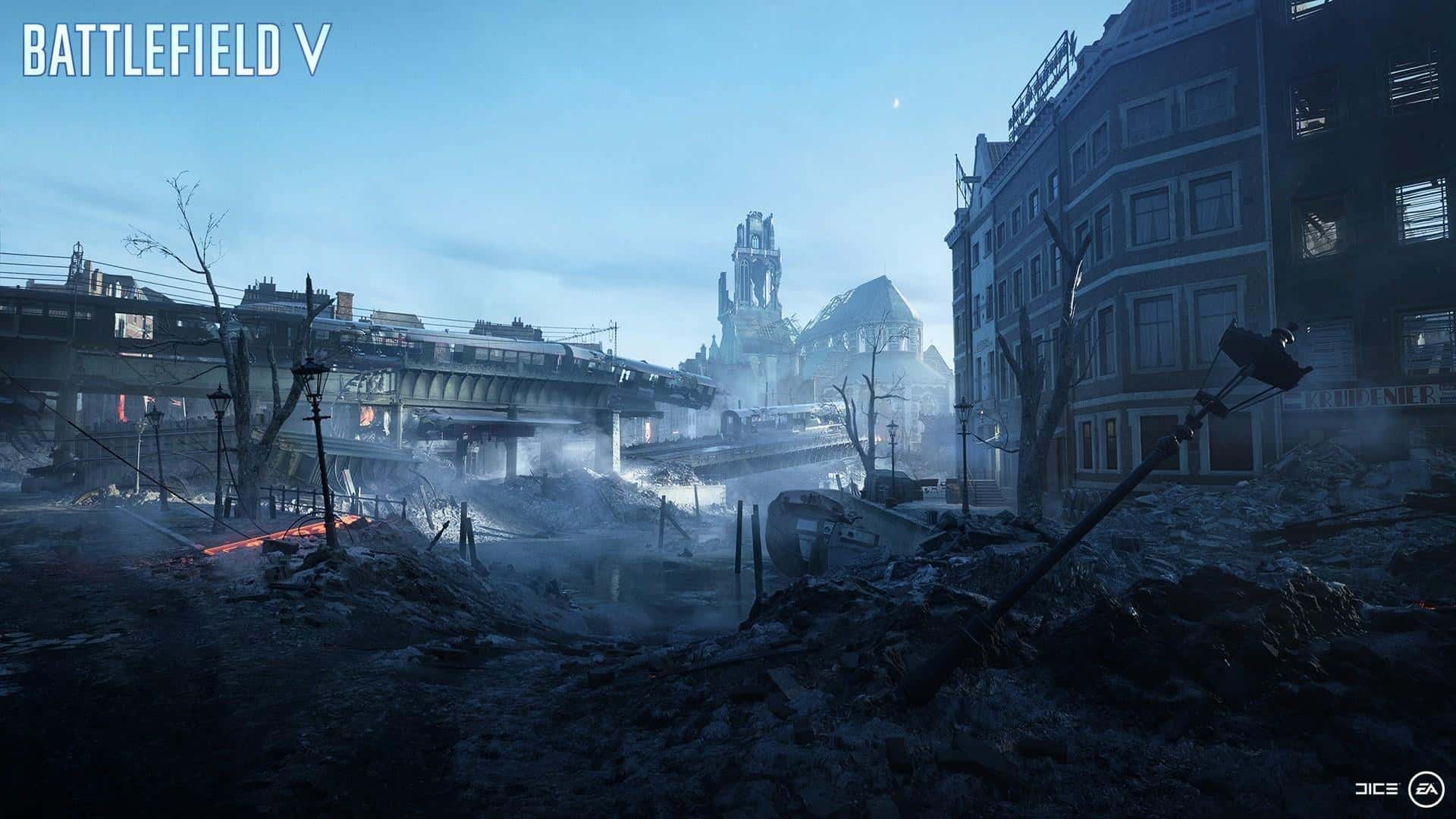 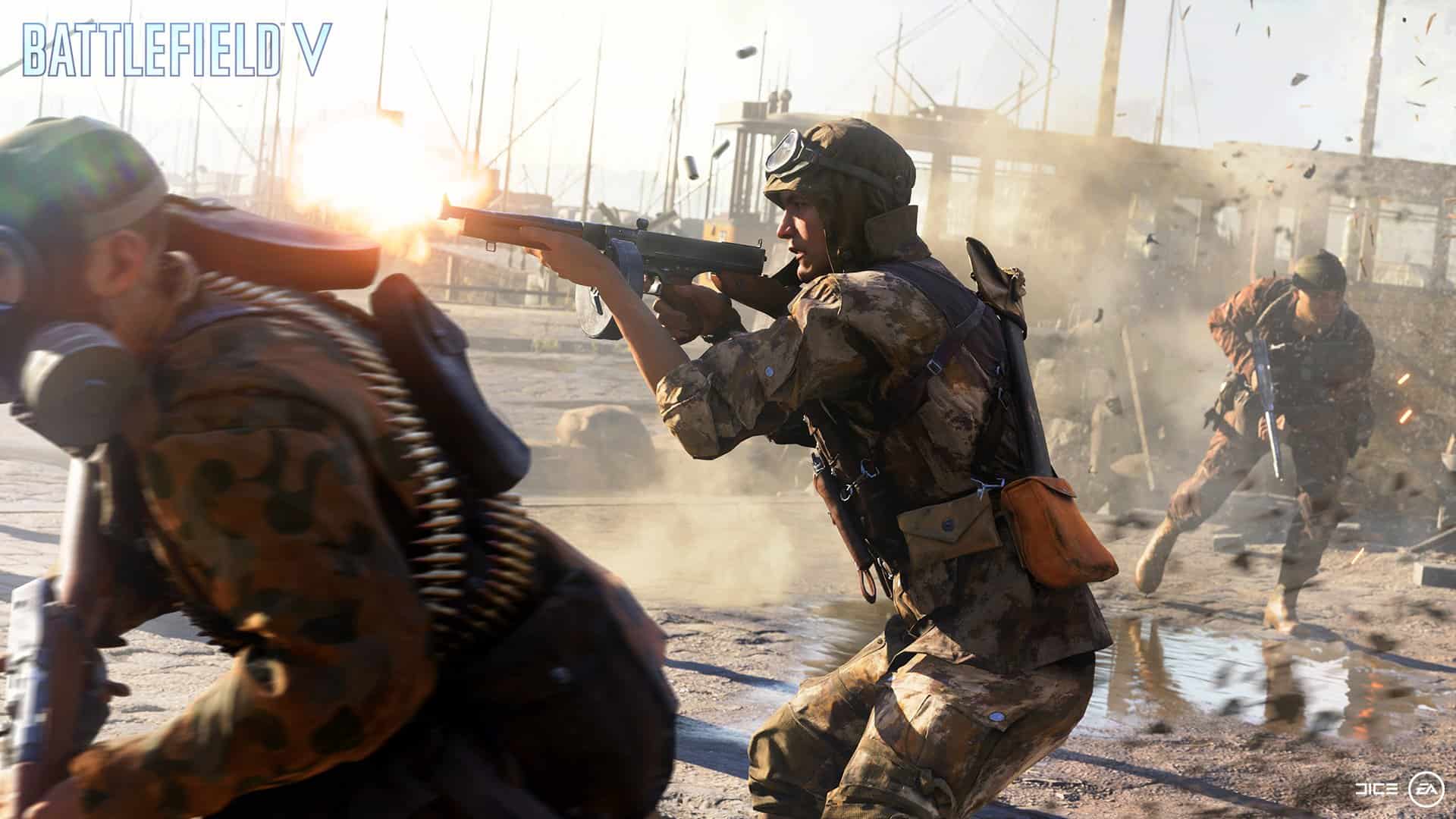 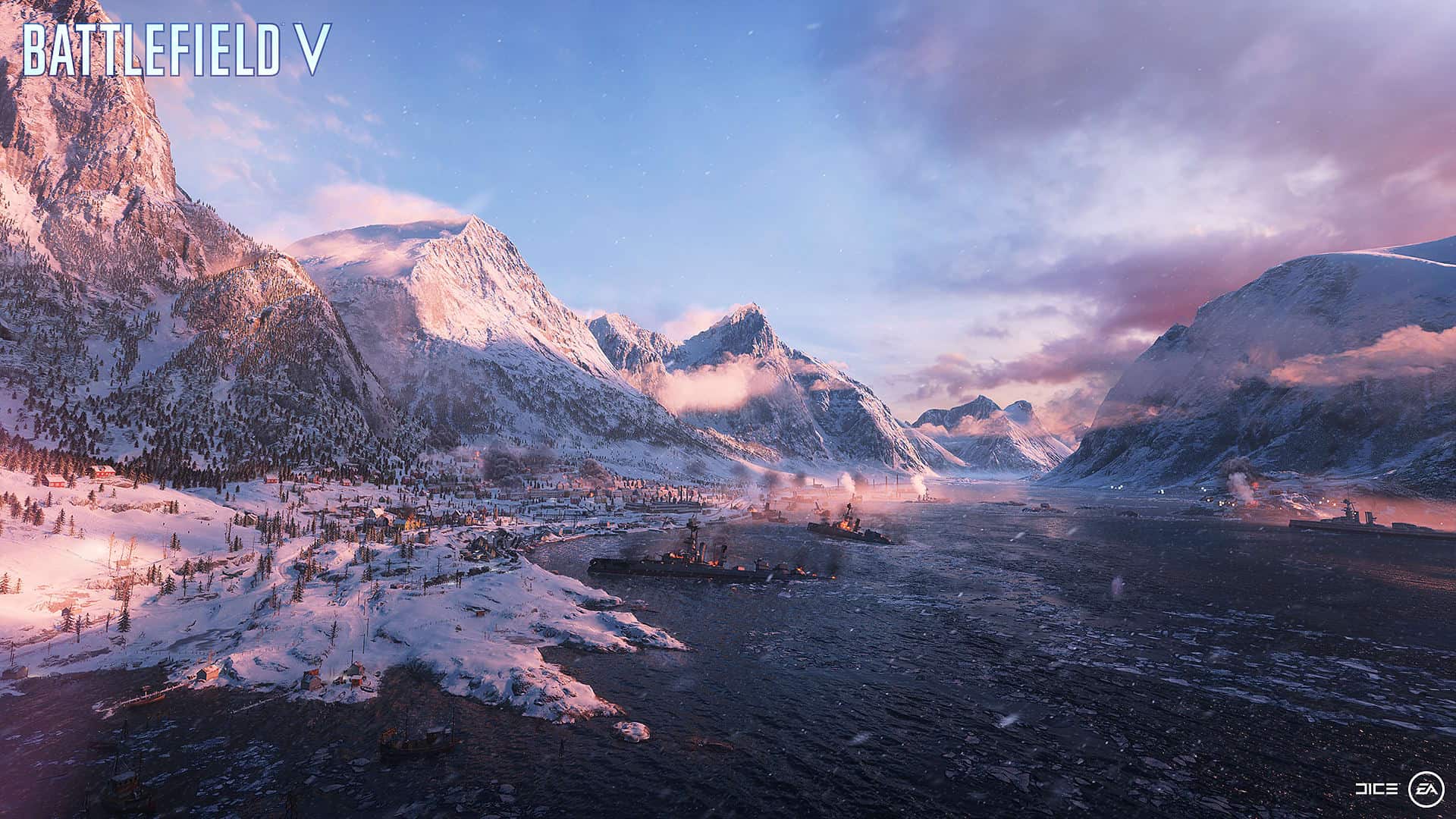 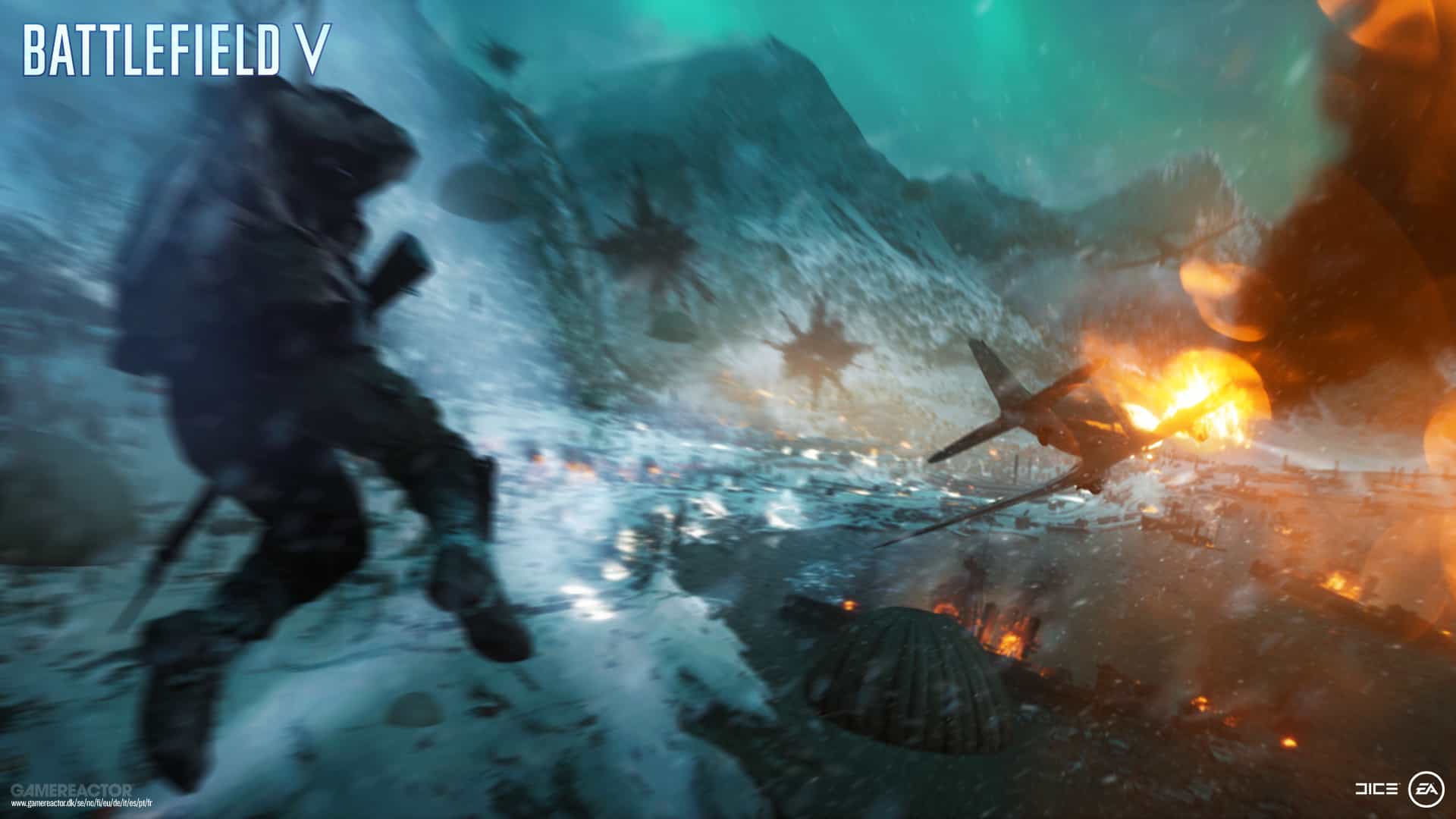 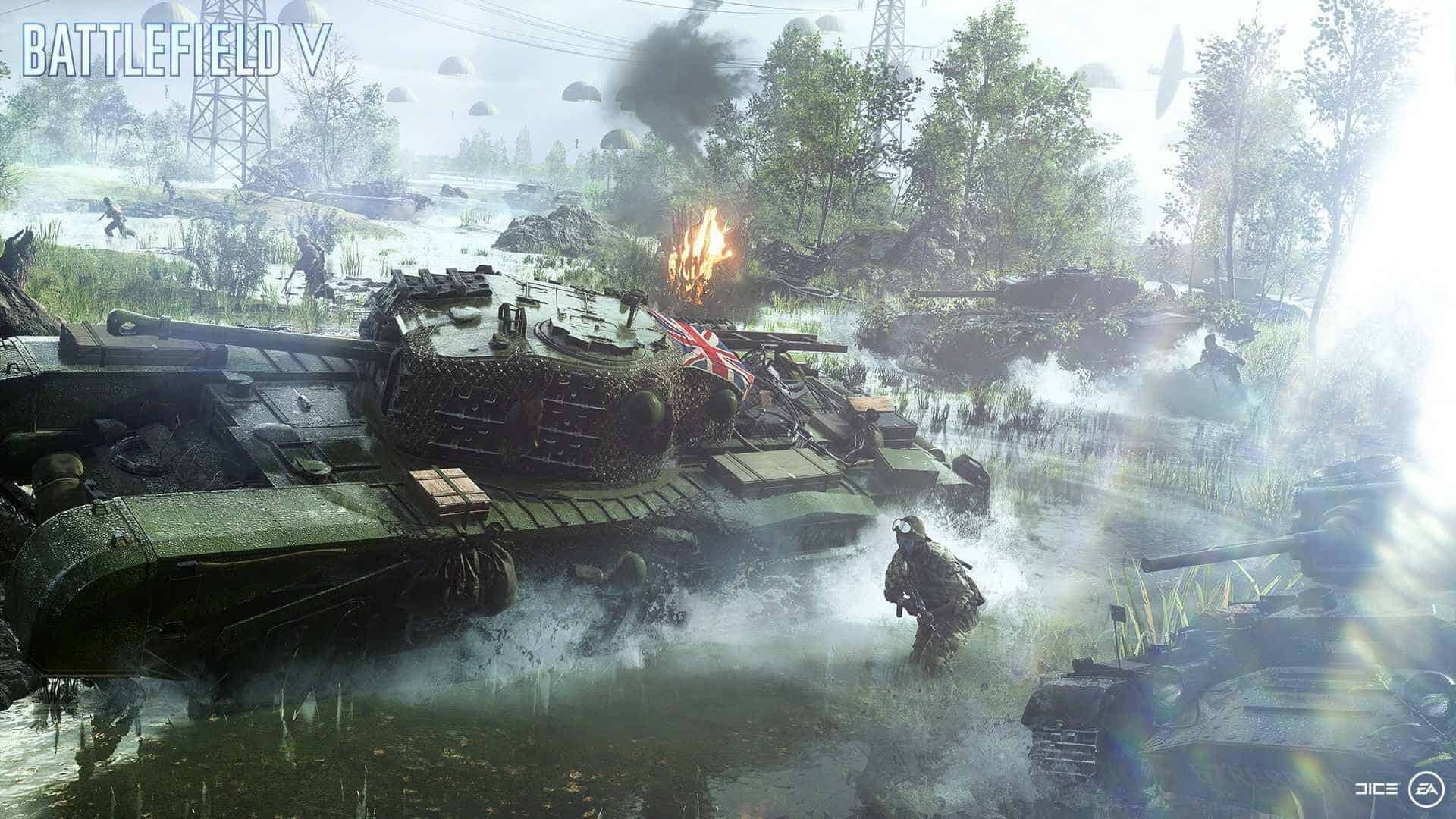 Leading up to launch, Battlefield V received a fair amount of flack, so here is the trigger warning to sexists. My entire squad is made up of lady soldiers and it is yet to effect my gameplay except for letting me see more variety of faces than “generic white man 1”. In fact, most online matches I join are evenly populated with male and female avatars, which you can only tell when you hear their audio because for the most part when people where bulky soldier fatigues they look the same. Seriously this was never an issue that warranted the reaction it got, move on boys.

Battlefield V is certainly an interesting game, with a few rough edges and one or two minor bugs I can’t deny. While I’ve never played a Battlefield before I can’t wait to jump back in and start reviving everyone as my badass lady medic with a machine gun. With support stretching out well into the new year it looks to be a game that will provide free content updates that won’t separate the player base and will avoid becoming stale over time – all of this before they’ve even released their proposed Battle Royale mode in 2019. If you’re a fan of historical shooters but wanted to hear some new stories and not just the same maps that every other World War 2 FPS brings out, then Battlefield V certainly delivers.