There’s no denying the popularity of the Persona franchise in Japan over the years, and finally pushing into western popularity in a big way came the critical darling Persona 5, which made several “game of the year” lists including our own. Persona is so popular in fact that the developers decided that a spin-off into the rhythm genre would be a success, and thus came Persona 4: Dancing All Night that released back in 2015 on PS Vita. It’s part of this Persona Dancing: Endless Night Collection, which also includes two new games, Persona 3: Dancing in Moonlight and Persona 5: Dancing in Starlight, now on PS4.

So what do you get when you combine a JRPG franchise with a super niche audience in the west, with a genre that also has a pretty niche audience in and of itself? Well. you get something that’s aimed at a very specific target audience. This means, if you love both Persona and music games, you’re gonna love this. If you only love one of those things (or even worse, neither of them)? This ain’t for you. I might as well steal your heart right now.

I’m choosing to review this as a collection, as Persona 4: Dancing All Night is essentially the same game that released three years ago, with both new additions proving to be almost identical except for some slight style choices and of course the track list. The style of rhythm game works pretty well, too. Notes to hit fly from the centre of the screen to the outside in a clockwise pattern, with some requiring you to hold them. double tap them, “scratching” using the touch pad and a range of combinations that make things trickier with faster tunes. It’s simple enough on easy difficulty, but gets chaotic quickly, proving to be very satisfying when you string it together perfectly.

The songs are brilliant for Persona fans too, having all the characters you know and love dancing along to menu themes, battle music and other iconic tunes that will leave you humming for days. Soundtrack in this iconic series has always been a standout, and it reminded me how much I loved these tracks when I first heard them and how they left an impression on me. Some of the remixes aren’t as effective as others, but there is still a good range of music here, and the choreography of the animated heroes makes them a joy to play in familiar locations like Shibuya.

If you’re new to this collection of Persona dancing games, you’re going to be a little confused as to the way they are structured narratively speaking – especially if you play them chronologically. Persona 4: Dancing All Night managed to weave together a long narrative, with dancing segments in-between. It’s like a graphic novel with dance breaks. Good writing and an interesting riff on the rhythm genre makes it exciting… so it’s a shame that the new games in this collection don’t follow the same style. 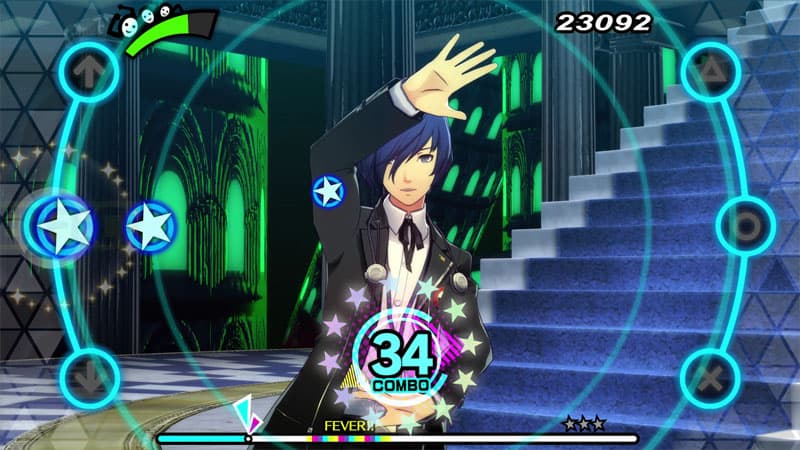 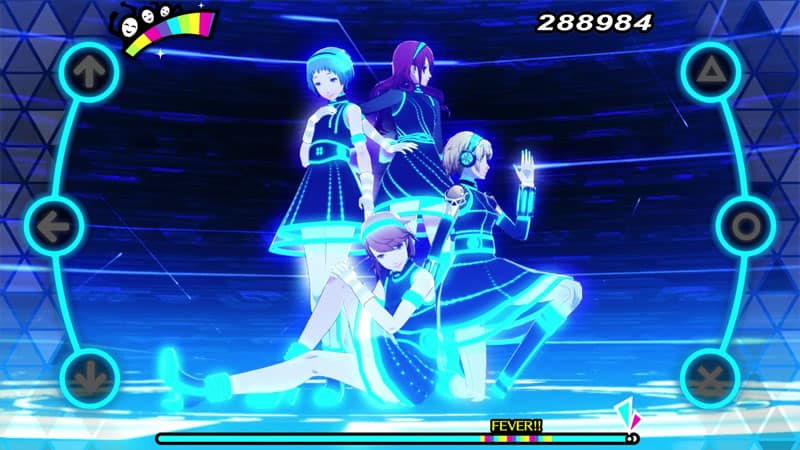 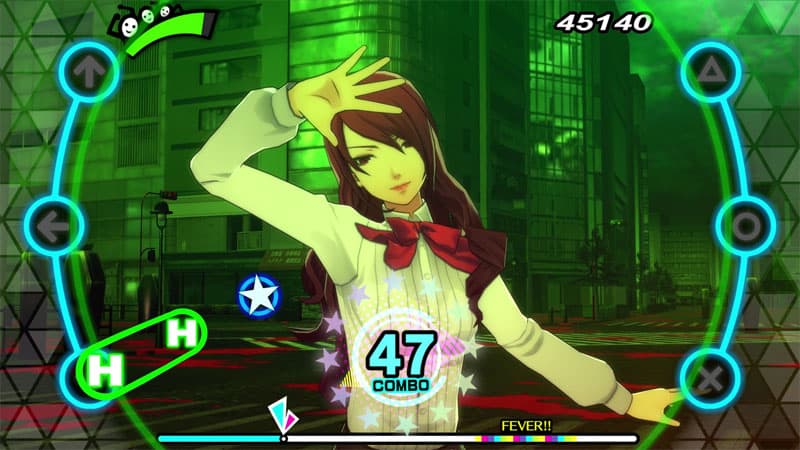 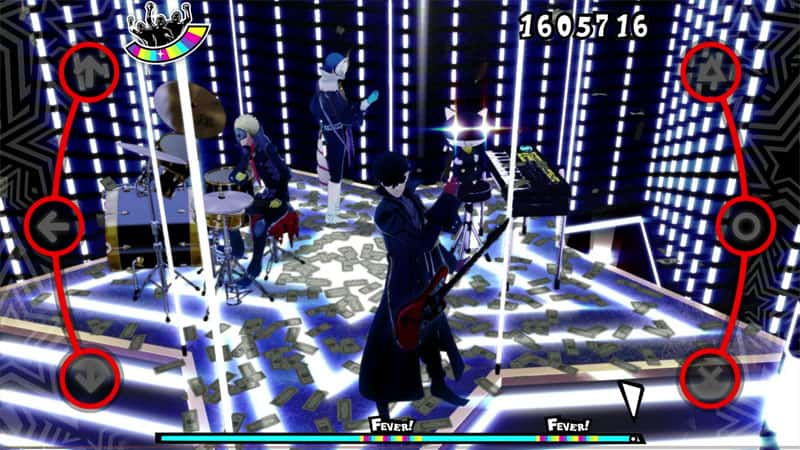 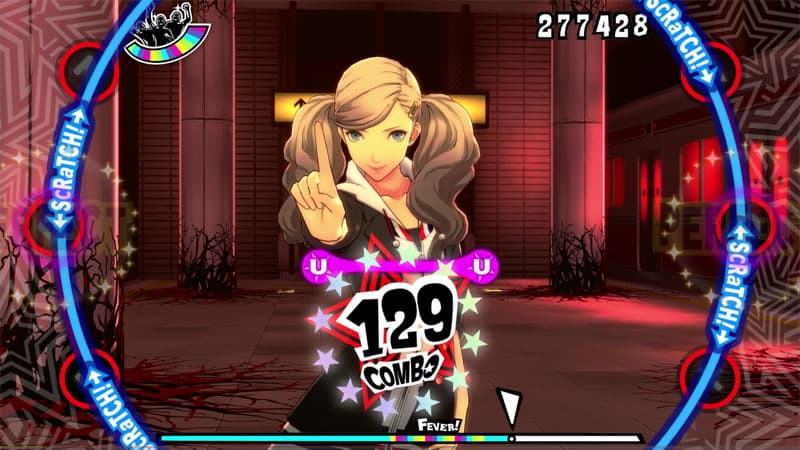 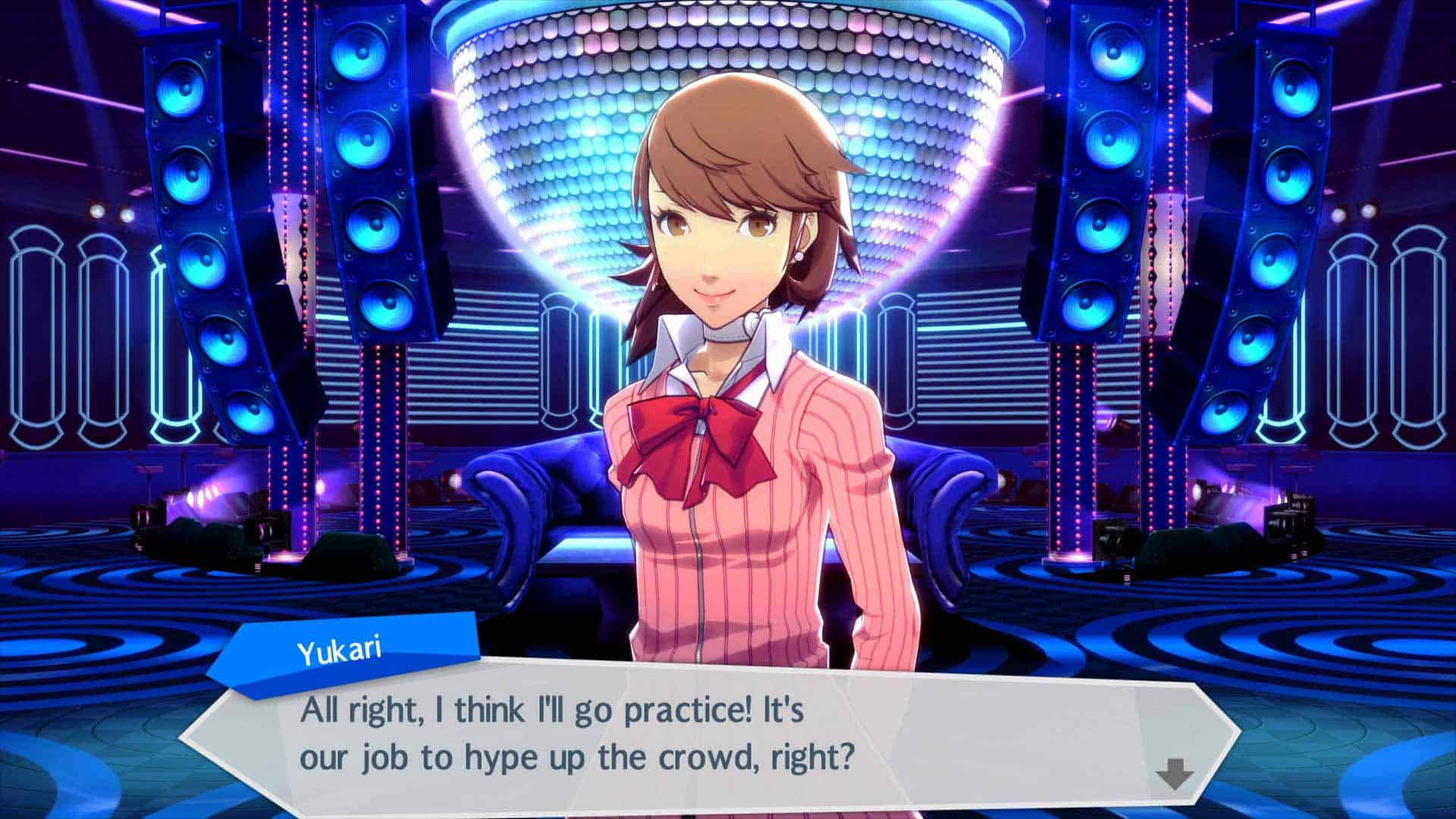 There’s an introductory cut-scene before you’re thrown into a simple menu with a track list, just like any other rhythm game on the market. There are social interactions that can be unlocked between characters if you meet certain requirements, and these are cute and true to the spirit of Persona, but they’re also accessed from the menu separately. This means you could theoretically just play the dancing component and never touch the social character moments. Perhaps this is for those who were looking for a more streamlined rhythm game experience. but compared to the love and care that went into Dancing All Night, it just feels underwhelming.

There’s also a bit of an icky dance routine featuring the female characters – high school students – dressed in Burlesque gear doing a bit of a “sexy” performance. For a series that is known for being self-aware this seems like a misstep, and I wish it wasn’t there because it sours what is otherwise a very bubbly, light-hearted and silly experience.

Music games require a couple of key things to succeed in my book, and that’s catchy songs and addictive gameplay. Persona Dancing: Endless Night Collection has both of these things, yes, but it also has a real focus on a specific series of games that is going to make this purchase ultimately make or break. The story seen in Persona 4’s spin-off is cohesive, interesting and enjoyable to play through, which makes the decision to do the Persona 3 and 5 spin-offs as pure dancing experiences with optional side conversations a strange one. It’s inconsistent, but that doesn’t mean it isn’t a pleasure to play.

If you’re a lover of the Phantom Thieves and all this wacky world of characters has to offer, this bundle really will have you dancing all night.