The Caligula Effect, first released in the West in 2017, had the misfortune to come out the same year as Persona 5,  making it hard not to compare the two. They are very similar games, both featuring maze-like dungeon levels and social simulations. The lead writer, Tadashi Satomi, even worked on the first three Persona games, so it’s not surprising to see a lot of overlap. It probably also didn’t help that it was released exclusively on the PS Vita.

I never played the original, but I did poke around to see what the buzz was all about. While it was generally received positively, it looks like it was held back by a few important things. I hope The Caligula Effect: Overdose will shine a bit brighter than the original, because we need more quality JRPGs on the Switch.

In the false paradise known as Mobius, people who are disillusioned with the real world live out their idealistic fantasies as high school students. A group known as the Go-Home Club wish to return to reality, and must fight through a sinister organisation known as the Ostinato Musicians so that they can try to talk some sense into Mobius’ creator, an AI called μ (pronounced Miu).

The Caligula Effect: Overdose introduces a total of 4 brand new characters,  a playable female protagonist, and even a ‘Musician Route’ where you join the bad guys on their quest to stop the Go-Home Club and keep the status quo.

You can bond with each member of the Go-Home Club, and there’s a large cast of colourful characters to choose from. Some of them I found to be bogged down by tiresome anime tropes that I hoped I’d seen the last of, but thankfully there are so many different members that it’s easy to ignore the ones you have no interest in. The characters new to The Caligula Effect: Overdose add even more choice to the mix.

These new characters are fully integrated into the plot, which is quite impressive. If you haven’t played the original, you won’t even be able to tell them apart! Playing as the new female protagonist also changes some dialogue, so there’s something new for even returning players.

In my first play-through I dove into the deep end and  tried the evil ‘Musician Route’. Disguised as a new musician named Lucid, you can bond with the other musicians to learn more about their motivations. Their routes were generally more interesting than those of the Go-Home Club, to the point where I genuinely started sympathising more with them than the good guys. Except Stork. Keep that guy away from me.

Playing as the bad guy gives this route a thrill that you don’t often see in JRPGs. I was waiting anxiously for the point where my friends found out I had been working against them the whole time! So tragic. 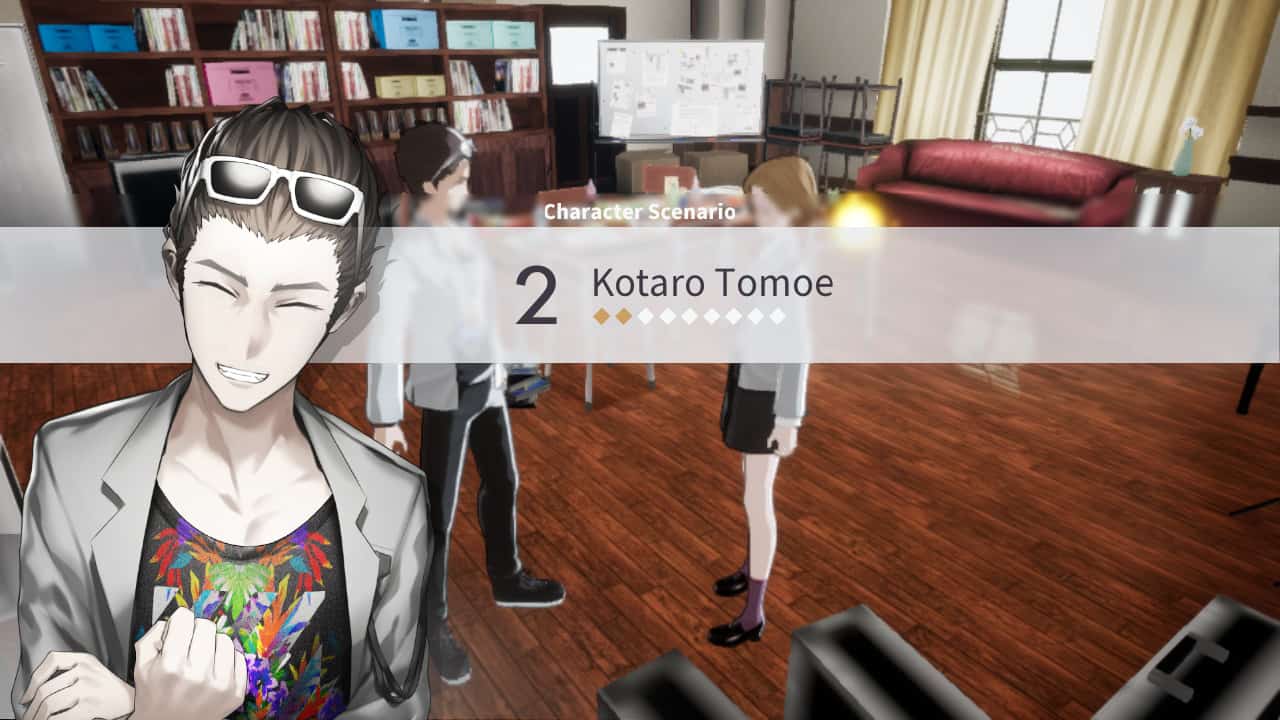 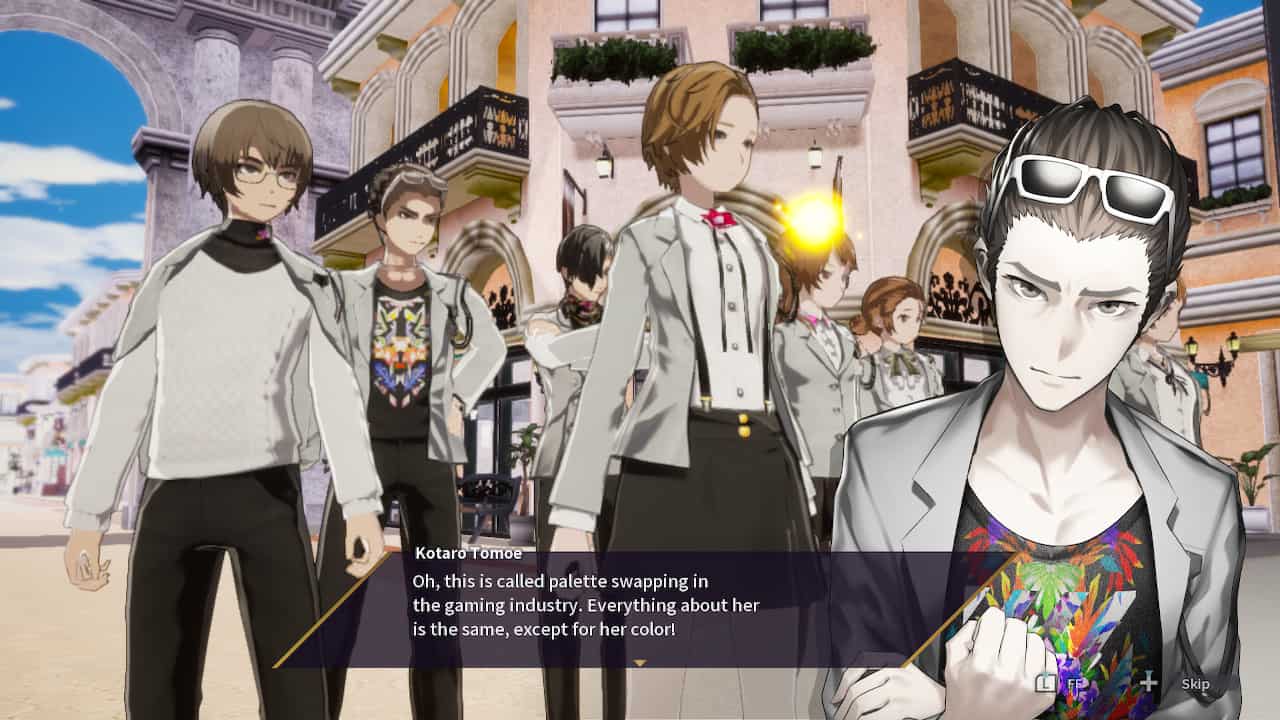 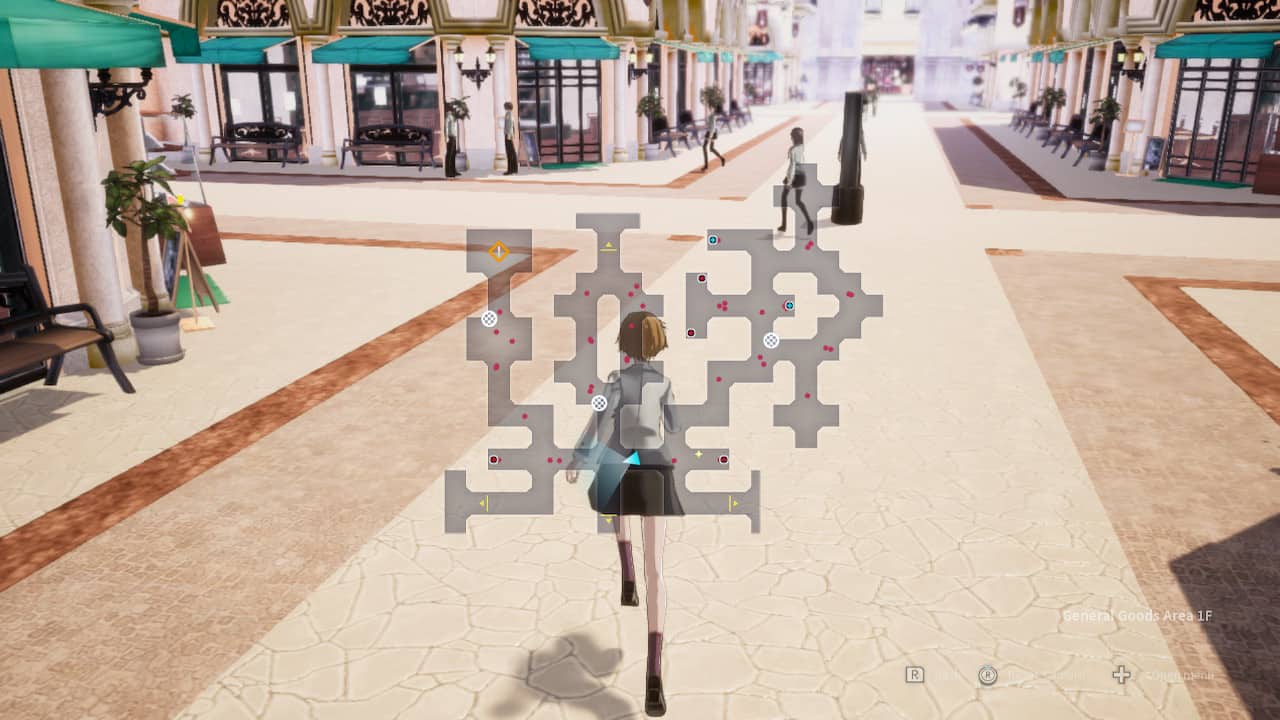 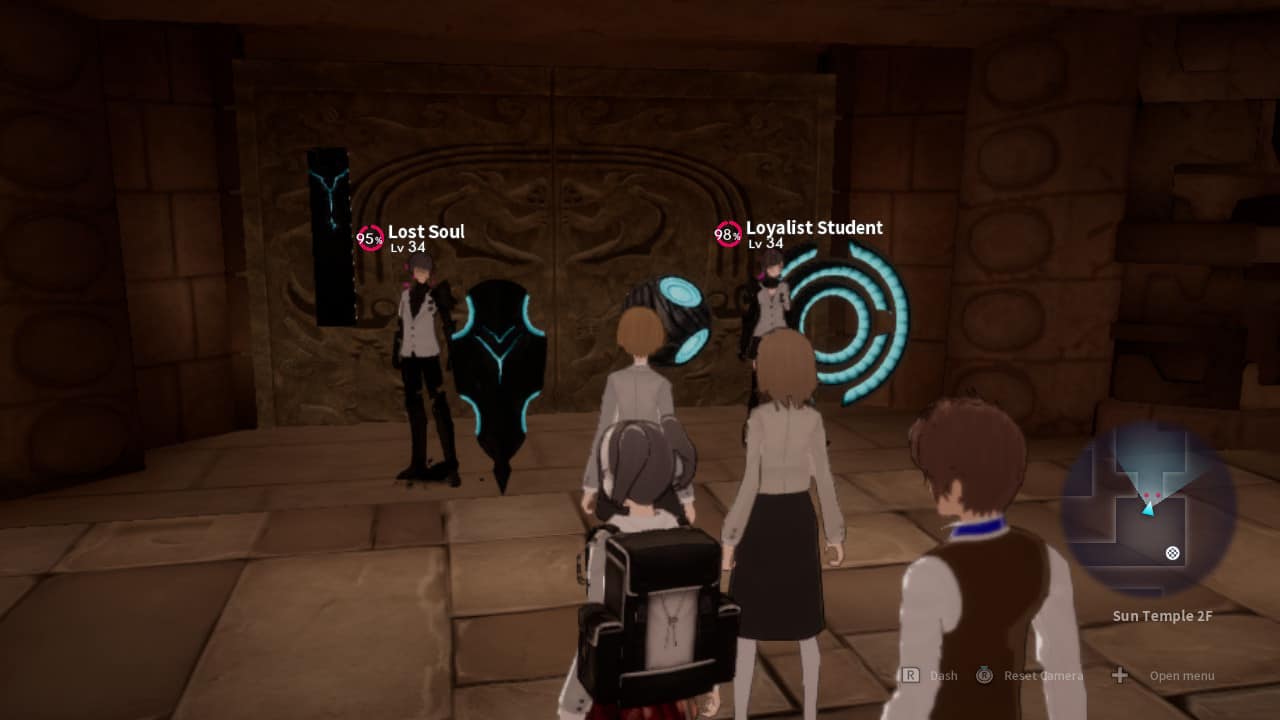 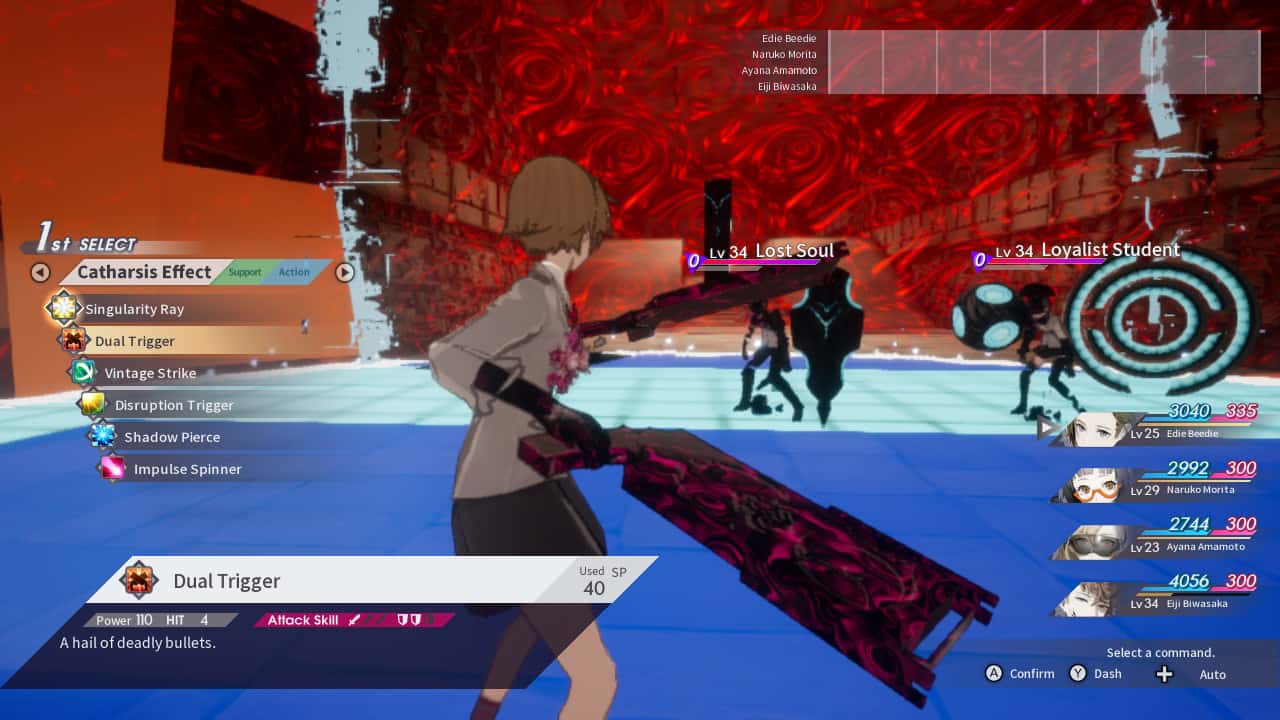 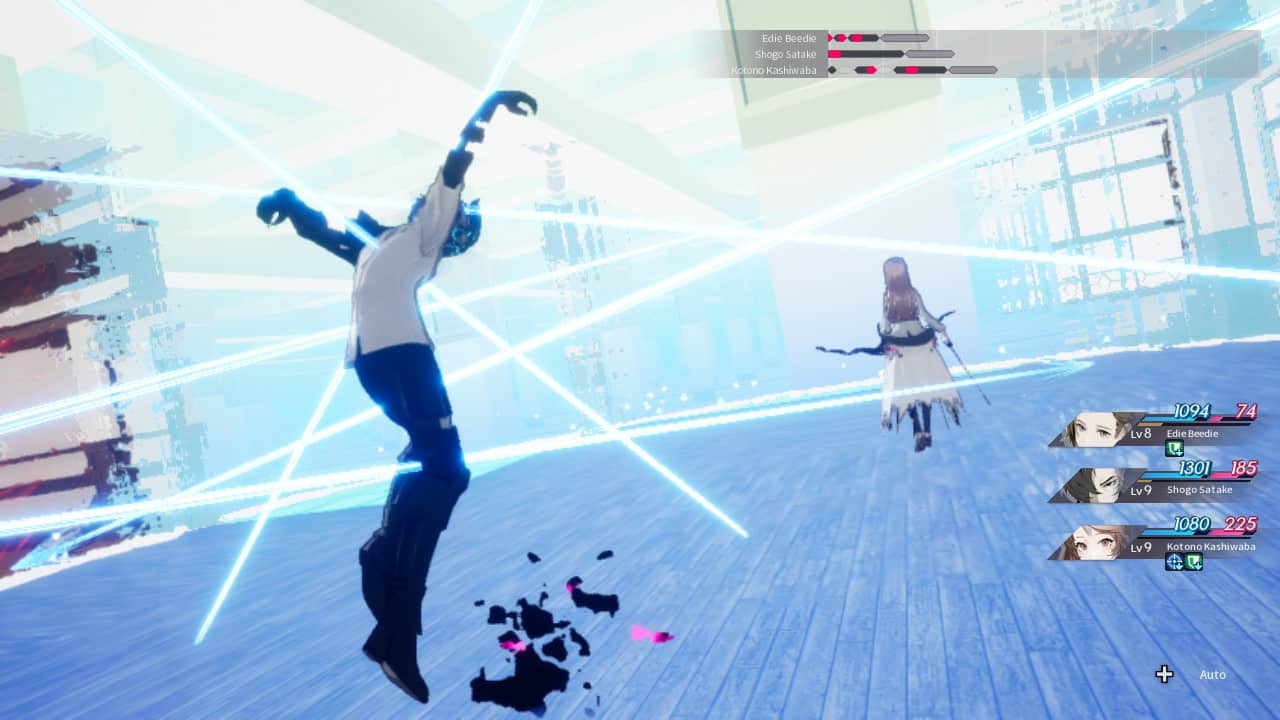 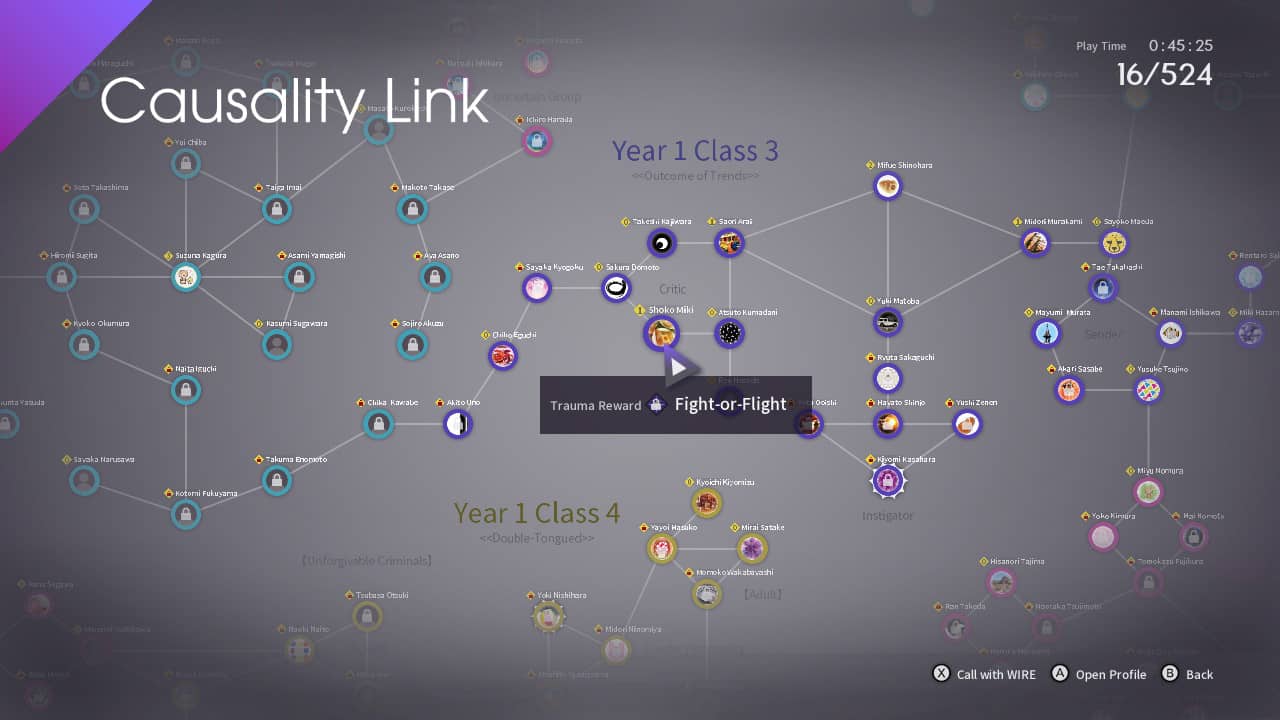 As you search the virtual world of Mobius for the elusive μ , you’ll need to flush out the Musicians from their various hiding places. These take the form of maze-like dungeons, full of enemies and items.

I’ve never been a fan of this type of dungeon crawling, even in Persona games. They too often involve getting lost while trying to find the way to the next floor of a confusing maze, and I just find myself staring at the minimap the whole time until I either find what I’m looking for or run into an enemy. This style of dungeon is a large part of the reason I never finished Persona 4 (cue appalled gasps). I had a better time with the dungeons in The Caligula Effect: Overdose though, due to its awesome battle system.

“Playing as the bad guy gives a thrill that you don’t often see in JRPGs.”

When you select an action, you will be shown an ‘imagination chain’: a several second preview of how your attack will pan out, including your enemy’s reactions. If you don’t like it, you can back out and try something different.  This allows you to plan around your enemies and adds a level of tactics that’ll make you think about the cohesion of your team as well as just straight up DPS.

It’s really satisfying to plan out your attack just right and counter everything coming your way to just wipe the floor with your enemies.

Each club member has their own unique weapon and abilities that do an assortment of different things, from launching enemies to the air, knocking them down, and increasing their risk of defense breaks. While I did eventually find a favourite party, there weren’t any dud members and I had a great time with all of them.

The menu systems, layouts, and pacing of these battles have been much improved from the names, statuses, and overly large icons that cluttered the screen in the original. The result is a streamlined and clean battle system that makes fighting enemies and bosses a joy rather than a chore.

The tedious and confusing “Causality Link” – a system that describes the way you can recruit NPCs into your party – is unchanged from the original game, which is a tragedy.

There is a massive 500+ unique students you can add to your party:  ‘unique’ here meaning ‘has a different name’. You could have told me that there were only 30 different students and I would have believed you. Their attack abilities are just reduced versions of the club members’, and their missions are barely-disguised fetch quests. You can get some cool abilities for completing them, but I largely didn’t bother. There should have been maybe 50 different students with actually unique quests and abilities, but as it is they’re totally forgettable. I was really hoping they would make the Causality Link system work this time, since the story is about opening up and making human connections. This might have really been a cool feature, but they still don’t seem to have made it work.

As a final note: Overdose supposedly has improved graphics, but if you ask me it may not even be as good as the original, which had at least the PS Vita’s OLED screen. Character models are fuzzy and certain textures look low-res. It got pretty distracting,  though the character illustrations are as crisp and beautiful as ever and it isn’t noticeable during battles. Hopefully this is a platform specific problem and the PS4/PC versions of The Caligula Effect: Overdose will look a little better.

The Caligula Effect: Overdose vastly improves the battle system over the original game, and also adds a large amount of good quality story content. It still misses the mark on the NPC allies and some of the dungeon design, which seriously holds it back. I enjoyed myself despite its problems though, and I’ll easily recommend it to JRPG fans and those who can’t wait for the next Persona.