Space is scary. It’s dark, it’s unknown, and it’s infinite. Observation is a cinematic sci-fi thriller that gets right to the crux of that matter: if something goes wrong while up there, there’s nobody around to help you.

Well, for Dr. Emma Fisher trapped on board the space station Observation, there is one ‘person’ – the space station’s AI system, SAM. Acting as SAM, it’s your job to assist Emma as she tries to take back control of the wayward space station and find out what has happened to the rest of her crew. It quickly becomes clear that it’s not just technical difficulties haunting the station: there’s something out there beckoning both SAM and Emma. What starts as a lonely space mystery turns into an existential nightmare as things get stranger and stranger.

This instantly transfixing premise had me hooked for its entire duration. It’s not that the idea is all that unique: there are plenty of tales about the eldritch horrors of space. But Observation wears its inspirations on its sleeve, and does an amazing job to boot. Did you enjoy Stanley Kubrick’s 2001: A Space Odyssey? If so, good news! You’ll likely love this game. It has a lot of similarities: to the setting, atmosphere, and even certain plot beats. But it also adds its own flavour to the pot with the point of view character, SAM.

I love AI characters. It makes the simple act of making a decision inherently interesting: was this choice of SAM’s own making, or one destined for him? Observation uses this question to great effect, leading to some hair-raising moments where it isn’t clear whose side SAM is really working for.

SAM  exists almost entirely within the station’s internal systems. As Emma encounters problems, you’ll need to delve into the station’s operations to bring its systems back online. These consist of simple puzzles that aren’t hard, but lend themselves to making the space station feel real.

You’ll switch between the fantastic graphics of the real world to SAM’s various computer systems. Instead of going for a sleek ‘futuristic’ look like they could have, No Code made the systems look plain, even ugly; built purely for function, the way I know internal systems to be in real life.

“The world is so convincing that I immersed myself fully into my role as SAM.”

Don’t think that’s a bad thing –  I love this about Observation. So much detail has gone into making everything in the game ‘diegetic’ – meaning, everything you do and see is part of the world itself. Your objectives aren’t just a marker on a map: they’re a real part of SAM’s interface.

The world is so convincing that I immersed myself fully into my role as SAM. Despite not being an RPG, there are some choices to make peppered throughout the story. And although they don’t alter the game very significantly, it still felt cool to be exploring SAM’s capacity for free will. 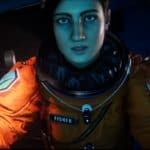 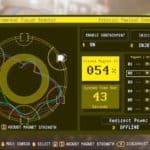 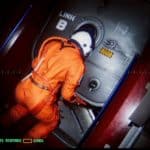 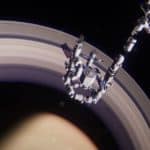 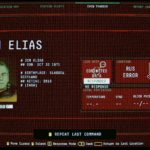 I’d never realised how frustrated I’ve lately become with games that nag you to hurry up with your current objective. It’s become common for NPCs to complain “hey, what’s taking so long?” if you so much as take a few extra moments. (Looking at you, Red Dead Redemption 2). In Observation, I am blessed with utter silence as I take my time exploring the station. There’s something serene about exploring the station at my own pace,  looking through each room for the collectable audio logs and documents.

The silence can in fact stray too far to the other extreme. The realistic dialogue is great. The game doesn’t break immersion for Emma to tell you explicitly to ‘head to this checkpoint and complete the puzzle there’, but it can make certain instructions sound vague. If you don’t understand what Emma has asked you, you can robotically ask her to repeat it, but even then she won’t give you any more detail. This isn’t often an issue, but combined with the haphazard layout it can add up to a lot of time just trying to navigate the confusing space station to find anything you can interact with.

I haven’t mentioned much about the story or ending, and that’s because I just don’t want to colour your expectations. I’d also advise those who have a history of epilepsy that the game includes many sequences of flashing bright lights.The ending in particular is pretty psychological and can even be taken as metaphorical, which I won’t say is either a good or bad thing since these kinds of stories are a love-it-or-hate-it kind of deal. It’s written extremely well, but I’m sure some players will be frustrated when the game doesn’t answer some of the questions that it raises.