PixARK is a spin off of 2017s Ark : Survival Evolved featuring the same premise but set in a Minecraft-style cutesy block world. While it has been in Early Access (or Xbox Game Preview) for a while, it’s now officially available. It is a sandbox style survival game set in a procedurally generated environment where players need to collect resources to build shelter, complete challenges, explore the map and just generally survive. It features over 100 dinosaur species – some friendlier than others – meaning you can tame and ride your own dinosaur should it take your fancy.

I personally never played Ark and in fact have very little experience with this genre of game. As a newbie, I found PixARK to be initially overwhelming as there is no tutorial of any kind to teach you how the menu works, what you can do with the points you get from leveling up or even how to build a house. So it was very much a lengthy trial and error exercise that was fun but equally frustrating. PixARK has plenty of game if you are willing to commit the time required to “get it”.

PixARK features online play so you can explore with your buddies and it also features a single player and a creative mode. Creative mode basically removes the enemies and allows you the time to play around and create, and if you are new like me I would recommend giving this mode a play first to get a little bit of a handle on how the game works and how to navigate the crafting mechanics. I spent most of my time in single player.

Create a basic character either male or female, pick a spawn point on the LARGE map and parachute in. One feature that is really great is that the map makes it clear that further north is more dangerous. The toughest areas with the most dangerous dinosaurs are in the north and the colour of the area indicates how treacherous your life will be if you go there. So it makes it pretty obvious that you should find a nice green spot to set down and get to work learning how to play PixARK.

It’s a strange feeling parachuting into your chosen spot and then having literally no idea what to do. Trying to figure out what the buttons do, figuring out I have no weapons and no idea how to build/get one. There are dinosaurs and animals wandering around and I had no idea which ones wanted to eat my poor lost overwhelmed explorer. The game was telling me I’m too hot and need to find shelter but I had no idea what that really meant and the gauges at the side of the screen (there are a couple) were never explained to me.

Am I hot? Cold? Hungry? Tired? Who knows. So I just kept wandering around trying to figure out what exactly I’m supposed to be doing with my life. At this point its important to point out that on console the UI in regards to menus is absolutely  a nightmare to navigate. It gets even worse the higher your level as there is infinite scrolling to do and on the Xbox One controller there is a separate button to move the menu along.

So trying to get to those great items I wanted to craft, that I spent hours leveling up and collecting resources to get became a chore. There are hot keys yes but again they are confusing as some will build items rather than use them. I accidentally built 10 pick axes when all I wanted was to use one. The UI issues aren’t terminal but it is darn close. Considering you do need to use the menu so frequently it definitely affected my enjoyment of the game.

Fortunately a bit of trial and error will assist a newbie to figure out how to get around, swim, collect resources and craft some basic items. You can scan each of the creatures to identify what they are and it will also indicate their temperament plus the food they like to eat. Yes, you can feed and tame the dinosaurs. Once you get yourself further along in the game you could build a great house and a garage/fenced area for your pets. Craft a saddle and then you can ride your dino buddy as a quicker way to get around.

It is essential to build shelter to survive. Building a house is pretty involved regardless of whether you are building your forever home or a small hut. It took a while for me to figure out how to build a house; I managed to craft some straw walls and a roof then realised I couldn’t place them. For new players I definitely recommend looking up some tips on a wiki or online video for some design ideas, this was how I realised I needed to craft and lay foundations. Depending on how much you care about the look a gamer could spend hours crafting their house, placing windows and doors, ceilings, decks and furniture. 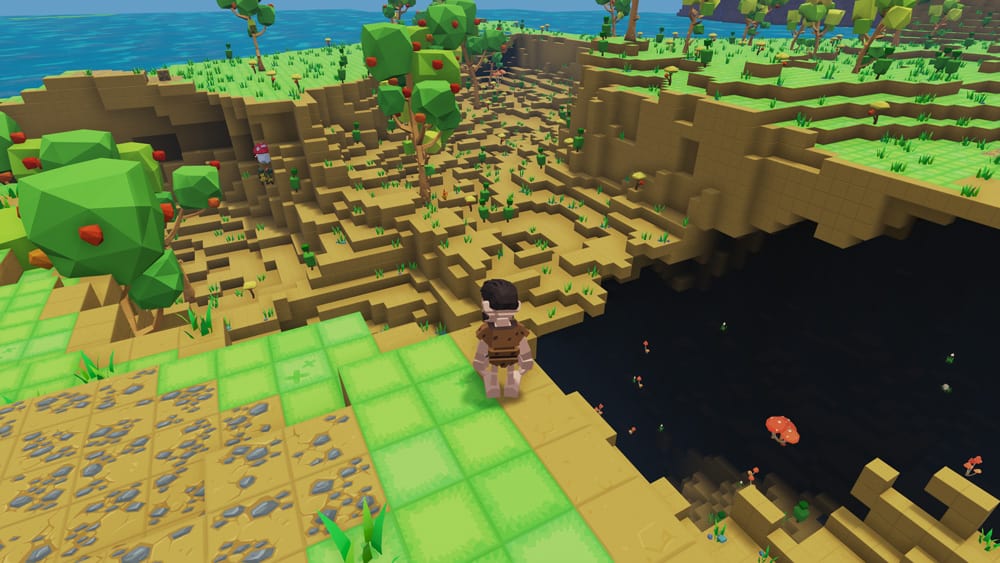 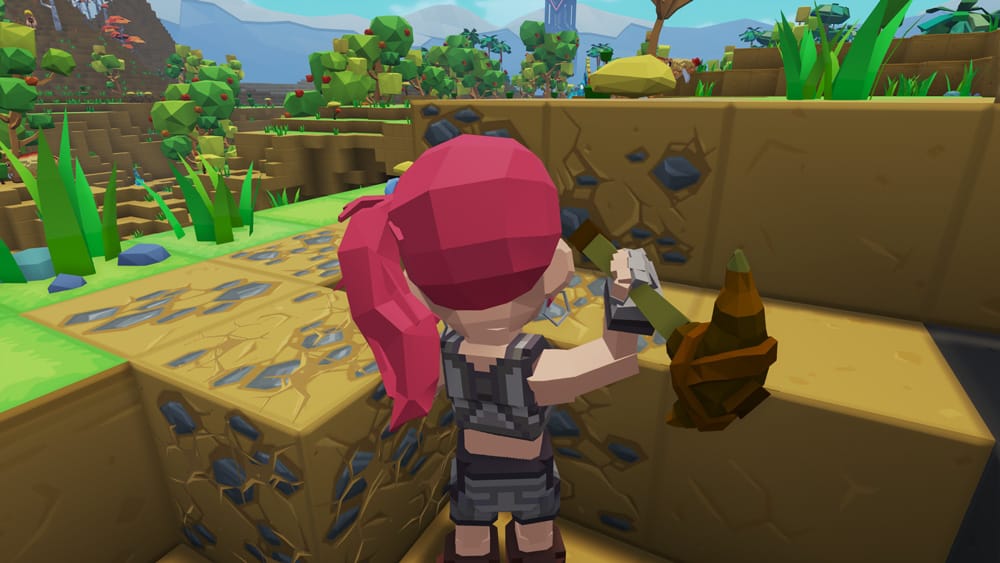 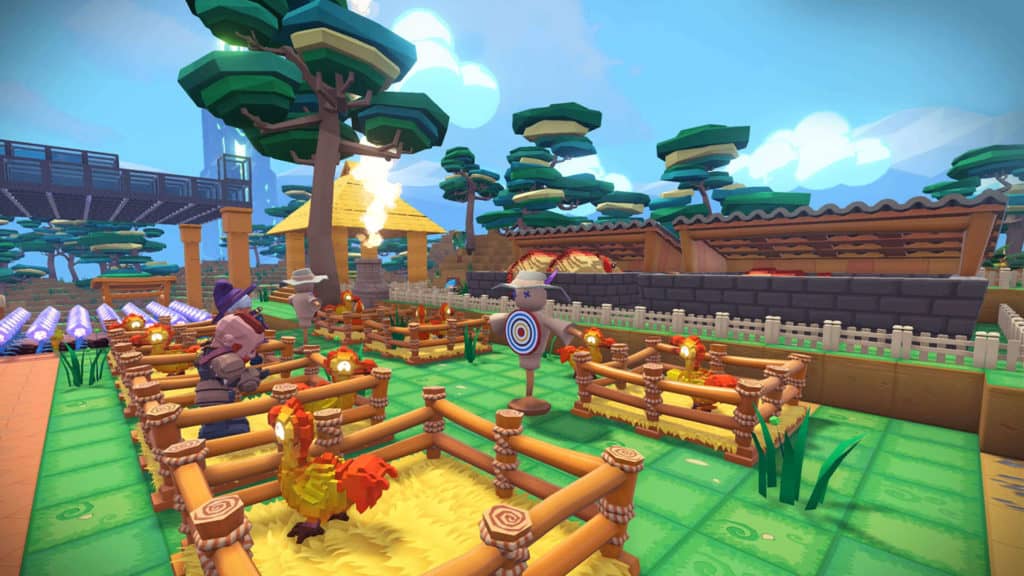 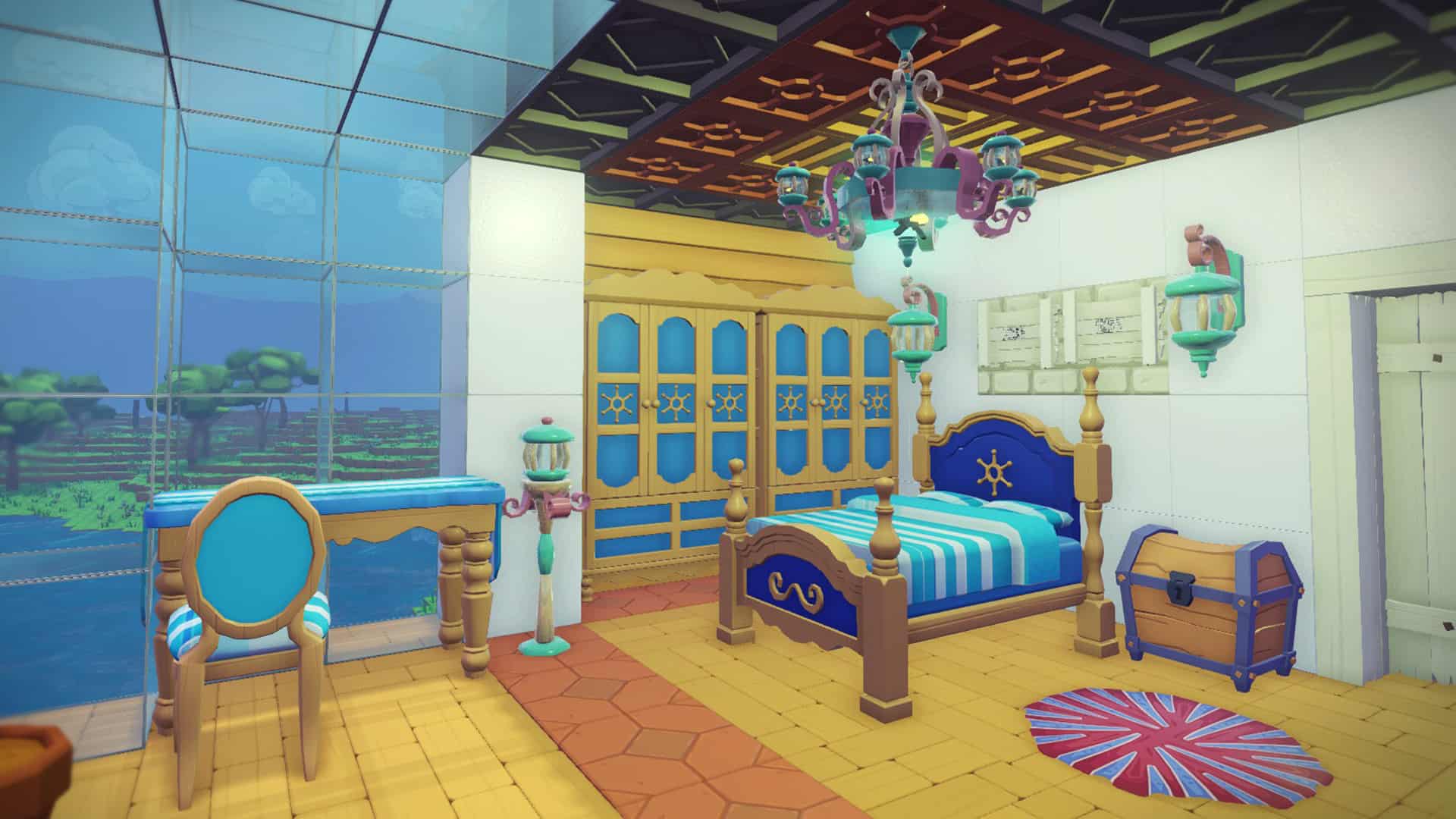 Combat is basic, you will need to craft weapons such as an axe or bow. Magic is available later on for high-level characters. Should you be attacked by a dinosaur ultimately it will just come down to your level versus the dino’s level; in the dark areas of the map just the look of some of the dinosaurs was enough for me to avoid them totally. My experience indicated there really isn’t much in the way of strategy required other than obviously for the stronger dinosaurs it’s best to attack from a distance. PixARK does have a day/night cycle so more dangerous dinosaurs can appear at night or wander into what were previously friendly areas. The night cycles felt long especially if you haven’t yet figured out how to build a house – I felt like my character should be sleeping.

Despite the fact PixARK requires a MASSIVE time commitment, it has no story to speak of, there are challenges but they essentially boil down to retrieving items. This means there really is no narrative pay off to the actions you take and it makes everything feel ultimately meaningless. In PixARK there really is no reason to do anything in particular however it is so open-ended you can play the game however you like for the most part which will appeal to certain gamers. I feel PixARK will appeal to the niche gamer that loves spending hours and hours building incredible things to show off on the internet, casual gamers looking for story and thrills would be better off looking elsewhere.

PixARK requires a huge amount of time to really get into, for the gamers that enjoy genuinely open-ended gameplay and crafting it has an overwhelming amount of content to offer. For what it is,  PixARK give you all the tools you need to tailor your experience and share it with others. For me and I suspect many other gamers, the lack of narrative and any real direction coupled with the complexity and lack of satisfaction after completing a task could be a turn off. For PC gamers familiar with the gameplay style its certainly worth giving it a go but for console gamers more used to traditional gaming, approach with caution.