The Sinking City Review – Beware the dangers of the deep

I’m a pretty big wimp, so when it comes to horror I much prefer the existential kind. I can brave a few gory monsters as long as most of my fear is for the incomprehensible will of an eternal diety. So yeah, I’m a fan of Lovecraft (the genre, not the man himself or his writing). The Sinking City reads like a love letter to Lovecraftian lore, taking inspiration from its most well-known stories and blending them into a fun, if clunky, open world game.

Set in 1920 in the ocean town of Oakmont, haunted ex-Navy man Charles Reed has come to the half-submurged town to find the truth behind the nightmares that plague him. He immediately finds himself in the middle of the town’s problems, and must solve various mysteries that lie just below the surface. The game is a mix of detective work, exploration, combat, and lots of lore. In theory, this is my dream game. But due to some poor execution, in reality it’s a bit of a mixed bag.

If you’re interested in this genre, chances are you’ve played Call of Cthulhu, the video game based off the Tabletop RPG by the same name. Tom reviewed it for us, but I have to admit I wasn’t as taken with it as he was. I found there wasn’t enough focus on actual investigation, and the gameplay a lot of the time felt too much like it was trying to be Bioshock or Amnesia: the Dark Descent.

The Sinking City scratches my investigative itch far better than Call of Cthulhu did. I actually felt like I was in charge of the investigation, rather than just being led by the nose from clue to clue.  Reed can come to different conclusions from the clues he finds, allowing you to choose how to proceed. These choices are too often lacking in nuance, but I liked that Reed didn’t act as if there were only one correct answer. You have to choose what you think is best and then reap those consequences. The feeling that maybe I didn’t choose the best path lingered, giving me the feeling that I was making Oakmont worse, not better.

It takes a lot of back-and-forth, looking through city archives, and talking to different contacts for Reed to gather everything he needs to form his conclusion. At times this felt like more backtracking than was worthwhile, but overall I liked that it encouraged exploration of the town,  and discovery of its many side-quests.

Thanks to his nightmarish visions, Reed has the ability to see omens and figments of the past that help him in his investigations. While not adding much to the gameplay, they do a lot for the atmosphere and world-building of Oakmont. I enjoyed them very much: especially the visions that Reed suffers when his sanity meter runs low.

Oakmont itself did much to keep up the sense of lingering unease: the town is in a shocking state, with rotting buildings and dead sea-life scattered about. You can go anywhere in the map at any time without being constrained by plot- induced invisible walls,  but exploring  brought me equal amounts of reward and tedium.  A large portion of Oakmont is underwater following a disastrous flood, meaning  you’ll have to take a boat for some of your exploration. These portions were initially terrifying, as it felt like something could drag me down to the depths at any moment. Once I realised that wouldn’t happen, though, the constant getting in and out of boats just became a time waster. 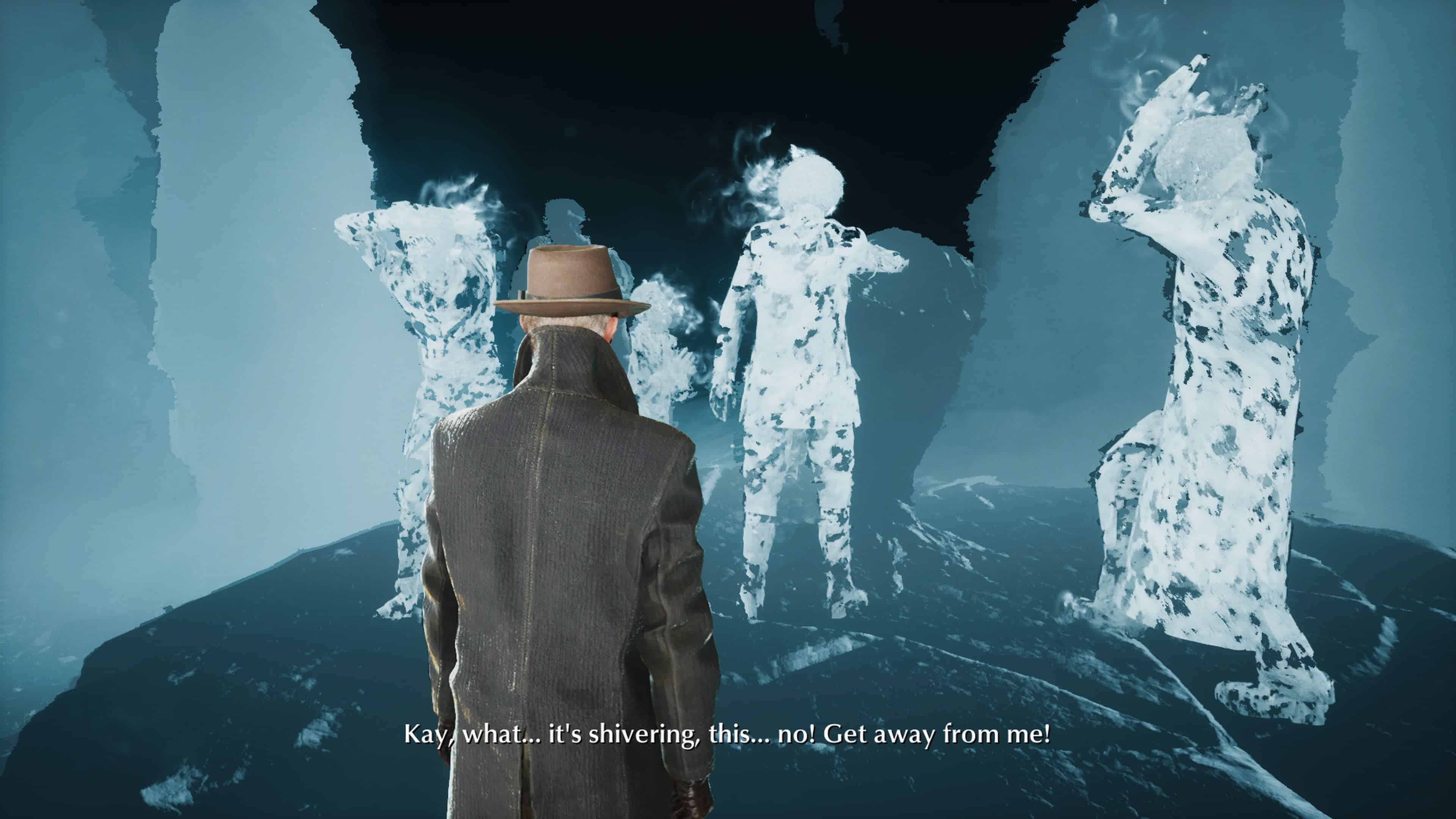 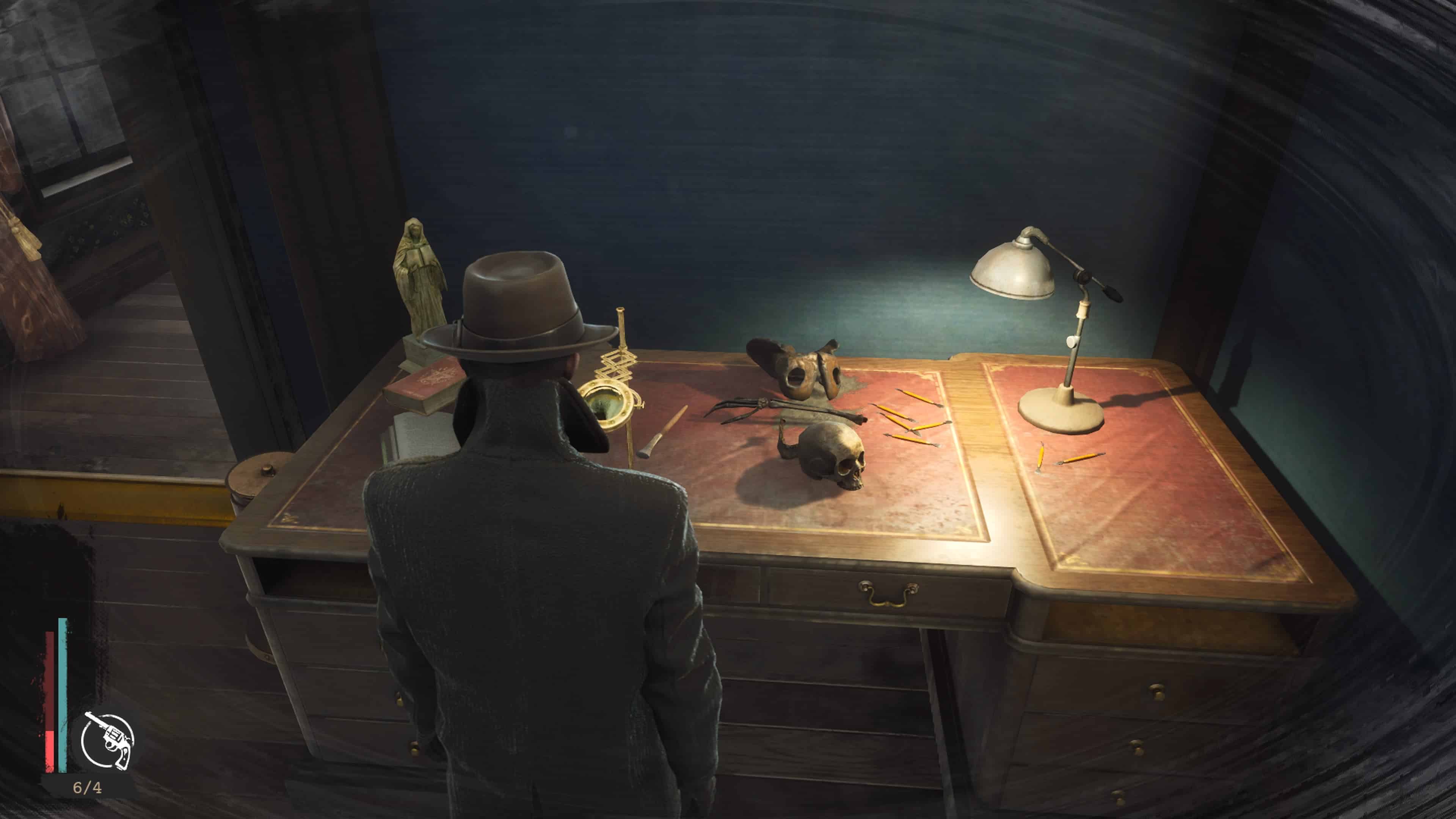 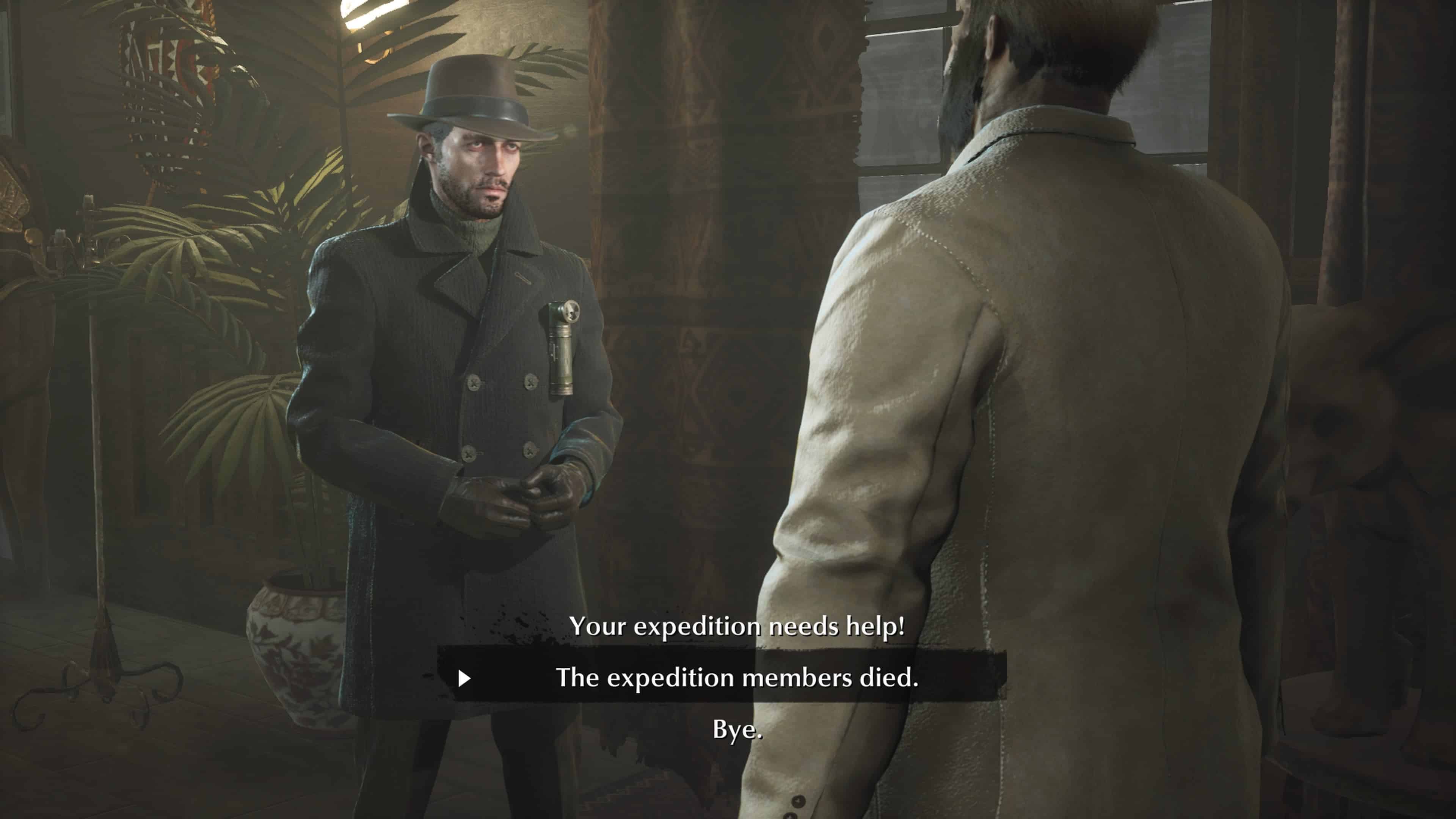 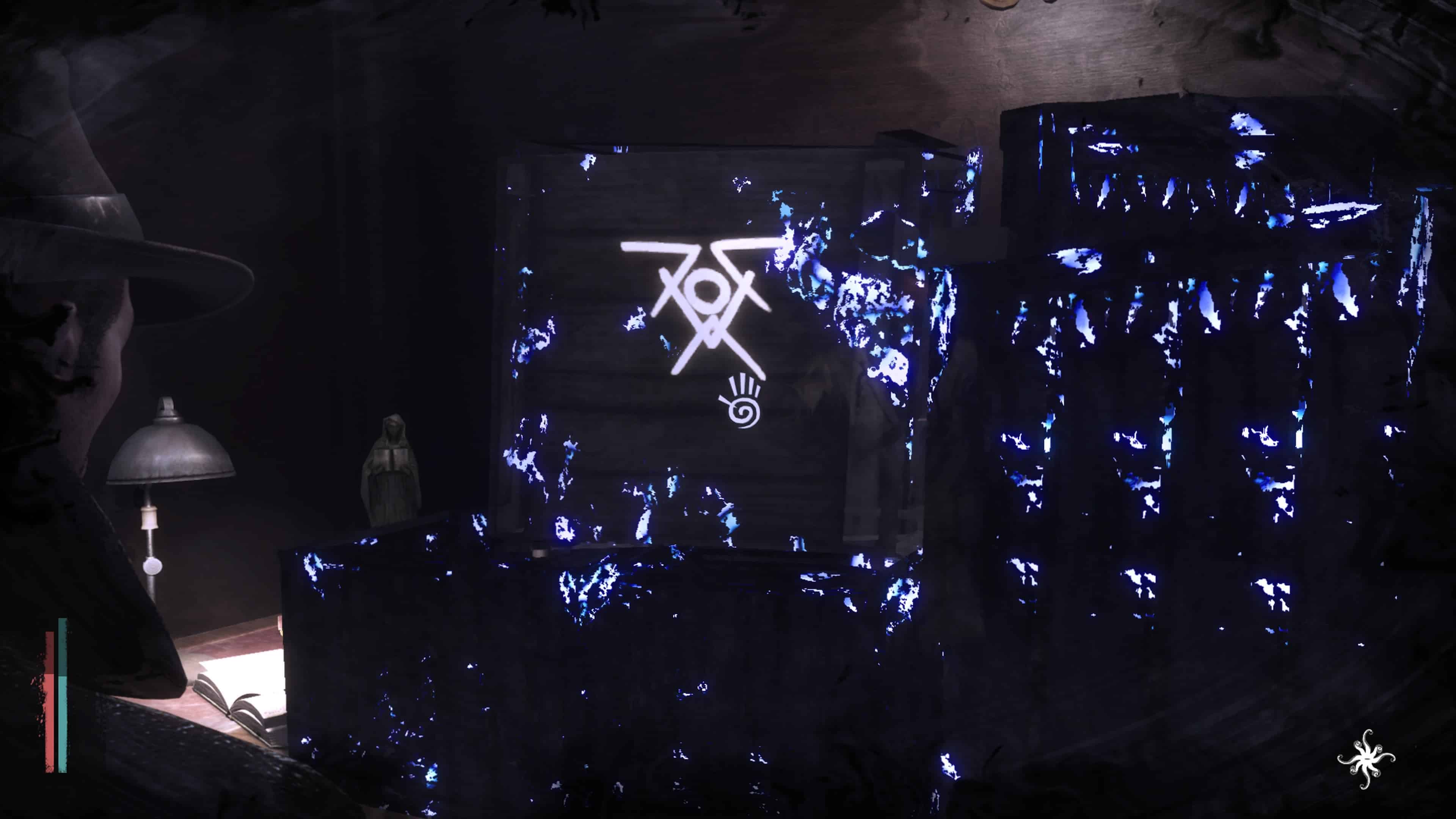 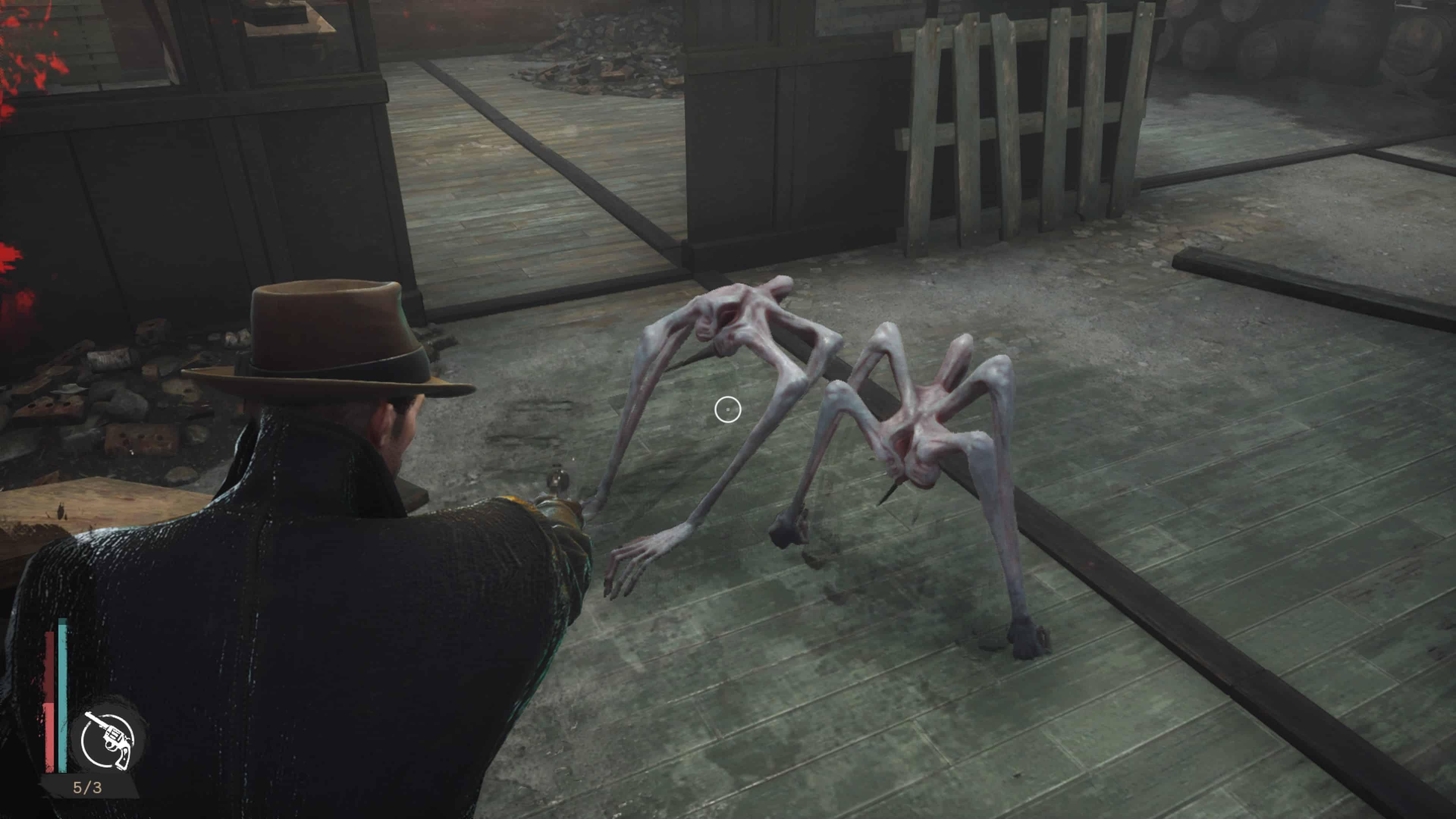 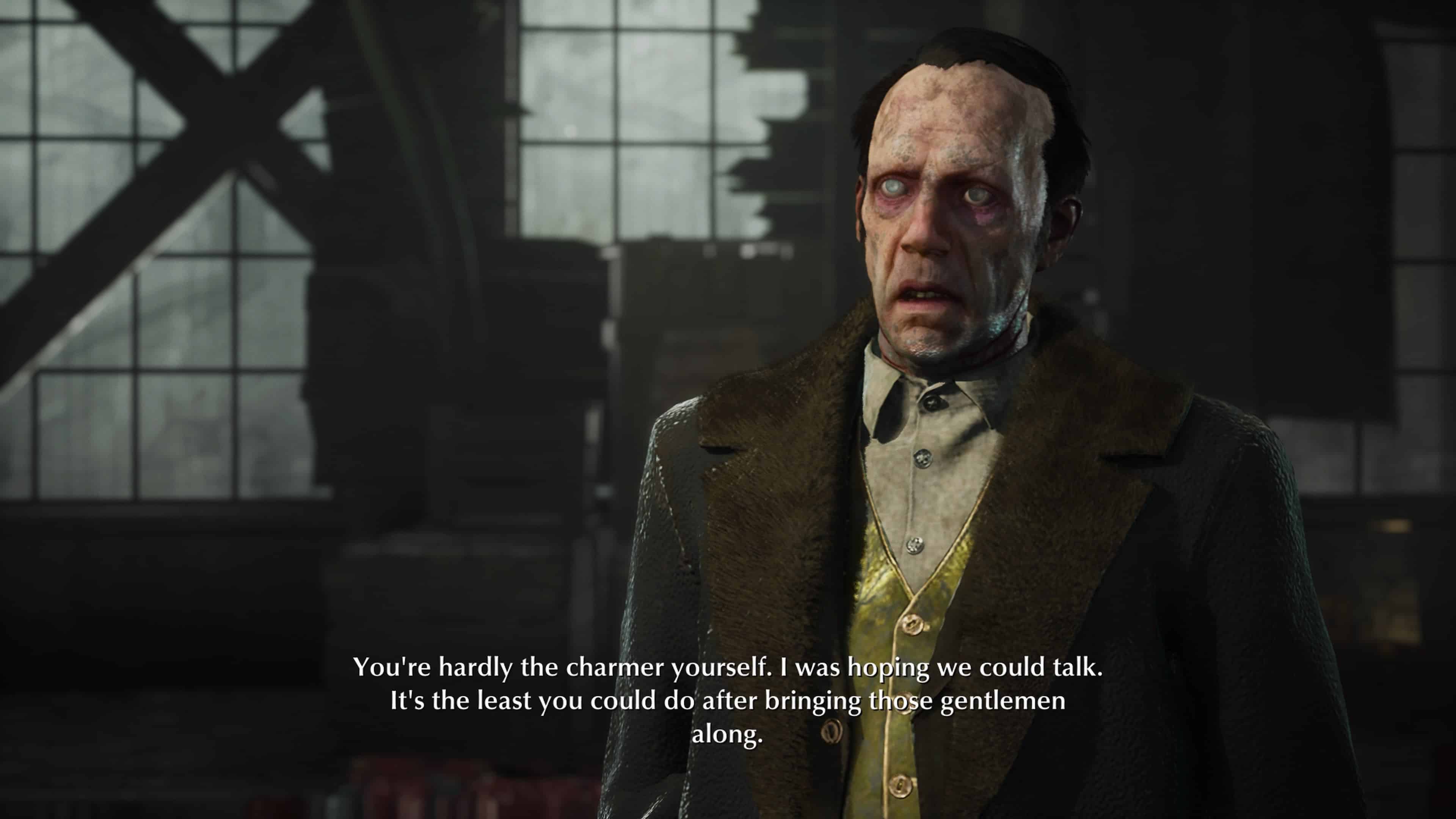 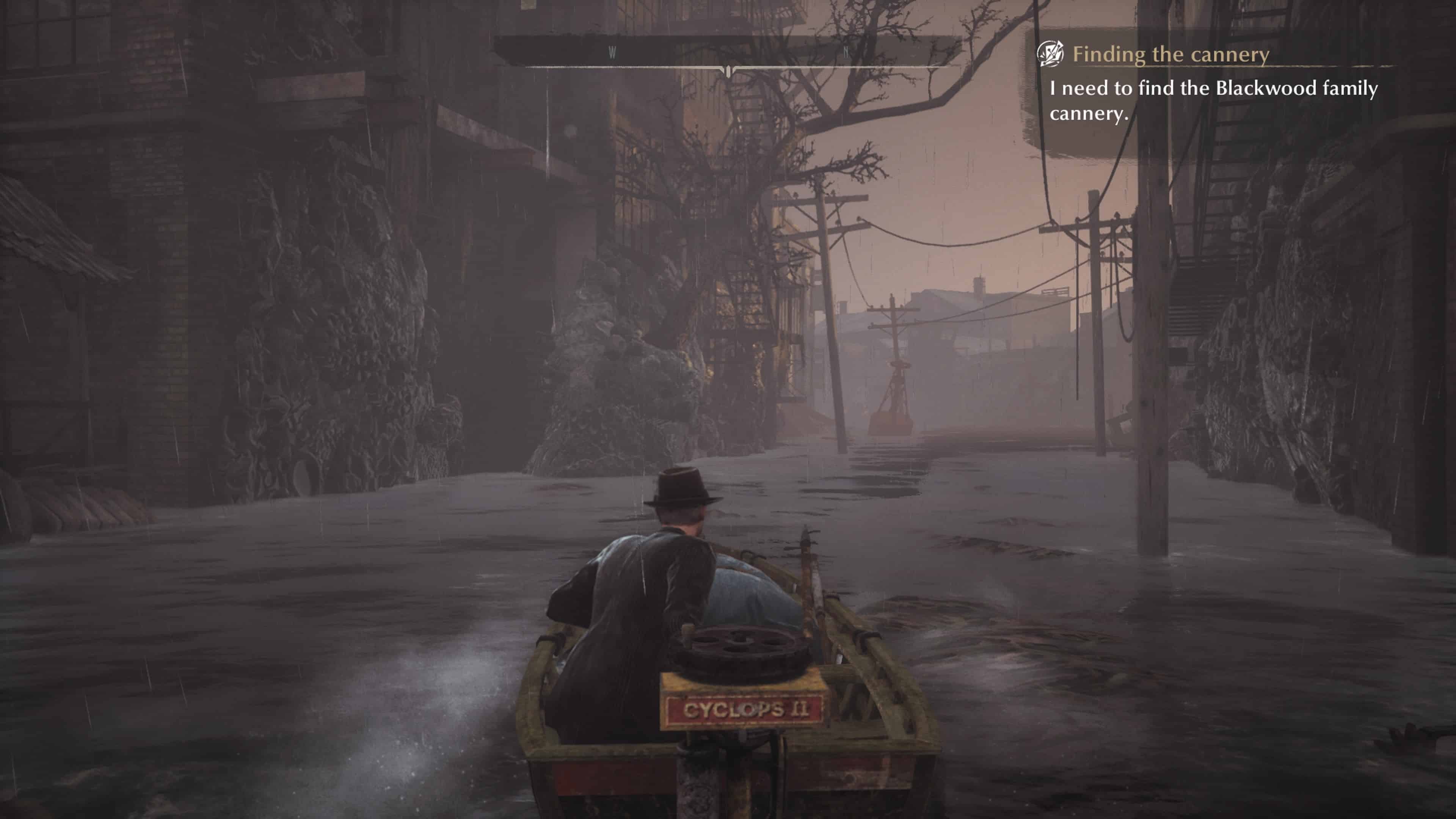 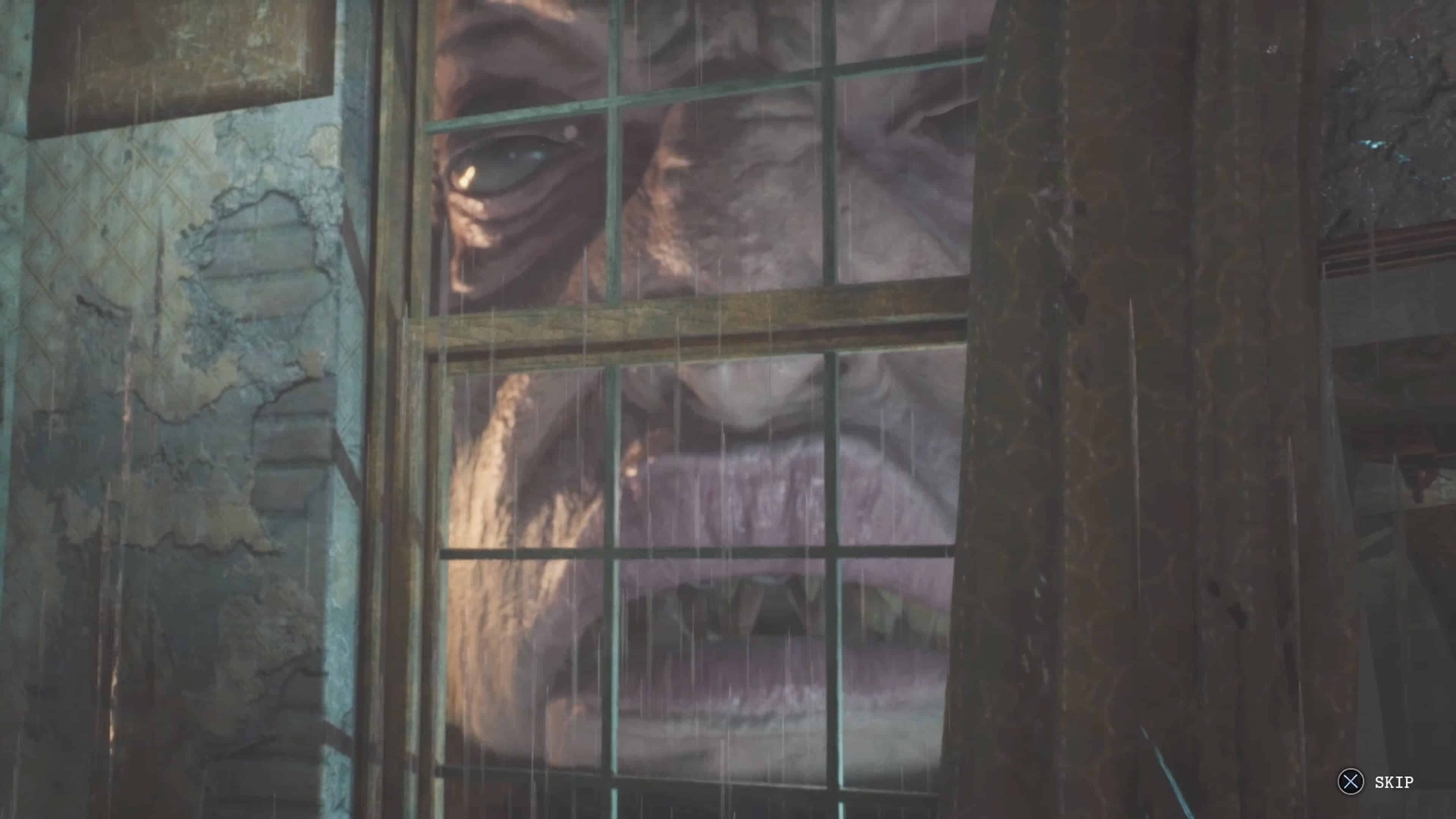 While I praise the mystery itself, the way it’s told leaves much to be desired. Reed seems incapable of arriving when the action’s hot, always arriving late just so a character can explain to him what’s just happened and why. This is the well-known ‘exposition dump’, and while suckers like me don’t mind it,  it doesn’t mean there isn’t a better way to do things.

I really want to like protagonist Charles Reed, but his occasional quips don’t make up for his wooden voice acting. Thankfully other characters pick up his slack, but it’s not enough to save the dialogue from becoming boring and repetitive. Character animations are noticeably recycled, with only a whisper of emotion on their faces. It’s hard to experience the true horror of Oakmont when none of the characters’ faces match the words coming out of their mouths. If you’re as invested in the story as I became, you’ll be able to forgive it, but otherwise I suspect it might bore you to tears.

There are monsters, called Wylebeasts, infesting some districts and houses. You can bet that any building you can enter will have some monstrosity inside it, and any area that was marked with the ‘infested’ label had me backing up like a semitrailer.

The lack of variety and their somewhat generic look makes them scary for only the first couple of encounters, sadly. They’re tough to kill only because of the clunky weapons system, which has you switching constantly between weapons, medical supplies, and grenades. You can get the hang of it, but only after several unearned deaths.

“I can’t help but feel like this game just needed more time.”

This is made all the more annoying by the long loading times. I was left waiting for 30 seconds after a death, and anywhere from 1 to 10 for simply pulling up the map screen. This, as well as frequent graphical hiccups, gets distracting, and doesn’t do justice to exploring the creepy Oakmont.

I can’t help but feel like this game just needed more time. Despite the fun I had with it, it feels unfinished and unpolished in a lot of places. Certain segments, like when Reed has to brave the deep waters in a diving suit, could have been fleshed out way more. Considering that the deep sea is supposed to be the source of all the monsters, it was jarring when nothing much happened in those segments, with a few exceptions.

I still had fun though; there were some genuinely chilling moments that made all the frustration worthwhile for me. It looks like I’ll have to wait a bit longer for the perfect Lovecraftian game, but this was certainly a step in the right direction.

I had a lot of interest already going into The Sinking City, so it was easy for me to get invested and enjoy it. If you’re like me and you don’t mind some imperfect gameplay for the sake of story and lore, then I can recommend The Sinking City to you. The investigation portions, which thankfully takes up most of the playtime, are the best parts – the rest is serviceable enough to carry you through.

Oh, and you can kill the Grand Wizard of the KKK. So I guess it is a perfect game after all!