Metal Wolf Chaos XD Review – Believe in your own justice!

It is kind of amazing that it took this long for Metal Wolf Chaos to be officially released outside Japan. This game was  originally made for the Xbox in 2004, but only released in its home country.

Metal Wolf Chaos XD concerns the US President suiting up in a giant mech suit and fighting his tyrannical Vice President. It’s a premise so strange that FromSoftware apparently thought it wouldn’t sell in the US. Now, 15 years later, Devolver Digital has taken this cult classic, prettied it up a bit, and released it on modern consoles and PC. Fortunately, it mostly holds up, even with some rough edges.

The plot is the sort of narrative that could only be produced by a company with a very tenuous grasp on how American politics works. In Metal Wolf Chaos XD, Vice President Richard Hawk launches a coup against President Michael Wilson, forcing Michael to go on the run, accompanied only by his jovial personal secretary Jody, and his personal armoured mech suit, Metal Wolf. Seriously.

It is never entirely clear what Richard Hawk’s goal is, or how he has amassed such power in a country that seems to despise him. Still, politics would probably be more lively if our elected representatives duked it out in giant robot suits instead of just debating legislation all day.

What follows is a series of structured levels following Michael Wilson’s rampage across the United States, stopping by various locations to rescue prisoners of war and destroy military outposts. The President’s war against tyranny takes him from Hoover Dam to Alcatraz  to the White House itself. The premise is taken with the right amount of seriousness, which is to say, not seriously at all.

The somewhat dodgy localisation and weirdly chipper voice acting bring to mind old poorly dubbed mecha anime. It never comes across as particularly natural, but it fits the game’s somewhat surreal atmosphere. If you can appreciate Metal Wolf Chaos’ silly tone, you’re in for a treat.

“The premise is taken with the right amount of seriousness, which is to say, not seriously at all.”

There is satire to be found regarding Metal Wolf Chaos XD’s lampooning of American militarism and jingoistic propaganda. It’s all about as subtle as a brick to the head. However, considering the times we live in, maybe it’s best that it doesn’t downplay how the American media is often complicit in atrocities committed by the American government. 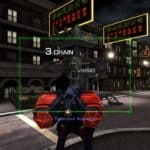 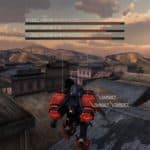 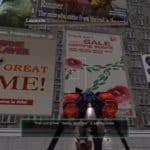 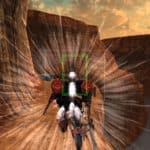 The actual combat is serviceable, if not especially complex. Players romp around the map in Metal Wolf, tasked usually with destroying certain targets or enemy mechs. Unlike FromSoftware’s other mech combat series, Armoured Core, there is little in the way of RPG mechanics or stats to keep track of. New weapons of various types can be manufactured between missions with resources acquired in-game, but that is about it as far as upgrades go.

The game keeps from being repetitive with diverse arenas and mission objectives. These include disabling a super weapon under a time limit, or destroying power generators in order to weaken the enemy mech.

I always wanted to push forward to the next mission just to see what crazy objective the President would encounter next. Metal Wolf Chaos XD isn’t especially long overall, but for such a weird and intense game, maybe it’s best it doesn’t overstay its welcome.

Of course, Metal Wolf Chaos XD is a port of a game which came out 15 years ago. Although a lot of the textures have been improved, there is a limit to how much the development team were able to update it. For what it’s worth, the various mechs have some nice designs,  and aside from the blocky textures of the vehicles and buildings, the visuals overall have aged fairly well.

There are some minor tweaks, like an autosave system and localised dialogue. However this is more of a straightforward port than a remake. If there is something I would have liked to see added, it would be mid-mission checkpoints. Although each mission isn’t very long, Metal Wolf is surprisingly fragile, and it can be aggravating to have to take the whole mission from the top when you die.

Metal Wolf Chaos XD is a strange mix of over-the-top Americana combined with distinctly Japanese sensibilities. It’s like Hideo Kojima’s Metal Gear franchise, only somehow less subtle. It isn’t for everyone, but regardless, I am glad it finally made its way out of Japan. It is way too special and unique to not release to a wider audience.

If you’re looking for a nuanced and realistic depiction of American politics, you won’t find it here. That said, what you WILL find is a totally bananas story of the US President rampaging around in a giant robot suit blowing things up. Metal Wolf Chaos XD is an action game quite unlike anything I’ve played before, and despite some rough edges, it’s still worth checking out.