If you were to watch a trailer for recent horror co-op game The Blackout Club, it’d be pretty easy for you to see its play on 80’s nostalgia. With popular properties such as It and Stranger Things following a team of ragtag teens working to fight against the great big bad, the game looks to opt into this trend too. Thankfully, the more you play of The Blackout Club the more it feels less and less like a cash in on a niche and instead a celebration of it. It achieves this to a degree that the game manages to find a comfortable spot in-between these genre greats, also demanding recognition.

It’s the game’s prologue solo experience that gives you the chunk of the story. You play as Bells, a teenage girl alone at home one night who has recently been suffering from blackouts. When you explore her house you follow a path of mud along the ground, not sure what its source is. Soon, you learn of how you can use your blackouts to your benefit. Pressing a button allows you to close your eyes (or blackout) and you can now see not only directions of your objective, but the game’s biggest enemy the Shape.

Bells fears this Shape instantaneously and flees from it in a hole in the hallway’s wardrobe. Soon after, you’re thrust into the eery underground known as The Maze. The Maze is entirely new to Bells, and is an icy, scary and cavernous depths underneath her hometown of Redacre. As you explore The Maze and it’s tunnels, you learn of other enemies such as Sleepers who are sleepwalking human enemies who can only find you by the noise you make. You’re introduced to a lot of the game mechanics here and excellently so. By the end of the tutorial you learn these enemies you’ve been sneaking by are actually adult residents of Redacre who have been possessed  by the Shape and serve as it’s worshipers. Then, just as you think Bells successfully escapes she is taken.

Yes, The Blackout Club does have a story, but it takes a bit of a backburner compared to the game’s lore and co-op gameplay, but this is okay. You’ll team up with friends, forming your own fun version of It’s Losers’ Club, going through set levels of Redacre at night, finding information on other missing teens by completing set objectives.  You might hang up missing wanted posters, record evidence of these masked cultists, or even disarm traps. This is where the gameplay shines, and provides generous amounts of lore, all of it interesting. Ironically, in searching for clues on these other teens Bells gets forgotten a bit here, but it’s easily forgivable.  Like I said, lore and gameplay rules here over story.

You’ll soon be thrown into a pair of rundown train carriages that serve as your hub in-between missions. From here, you can do a number of things including making a sacrifice to The Voices which serve as these demonic gods that watch over you and the already possessed adults. These sacrifices interestingly have two functions. One type of sacrifice lets you give up your level and perks you’ll later choose to reset and make a new build. An even more intriguing function of the Sacrifices however is that you can record a message to these voices. If you’re lucky you may get a response from these Voices in the coming days, weeks or even months.What became more fun was learning these bone-chilling demonic voices are actually the game developers communicating back to you, adding another fun mechanic and tidbits of lore for the game.

As you’ll learn when you approach the dedicated bench in the hub, assigning different perks, both passive and ability based, can be surprisingly fun.  In fact, for the game’s “complete some objectives, get in and get out”  basis, finding what perks will suit a mission inspires some thought. One of the more strategical approaches is a hacking ability. I often used this to hack into a  Sleeper‘s phone, so that this noise overpowered me sneaking just two feet away from them. I combined this with a grappling hook, so I could get up to high places in frantic times. Stealth and someone who does their best to quietly is what I opted for with this. 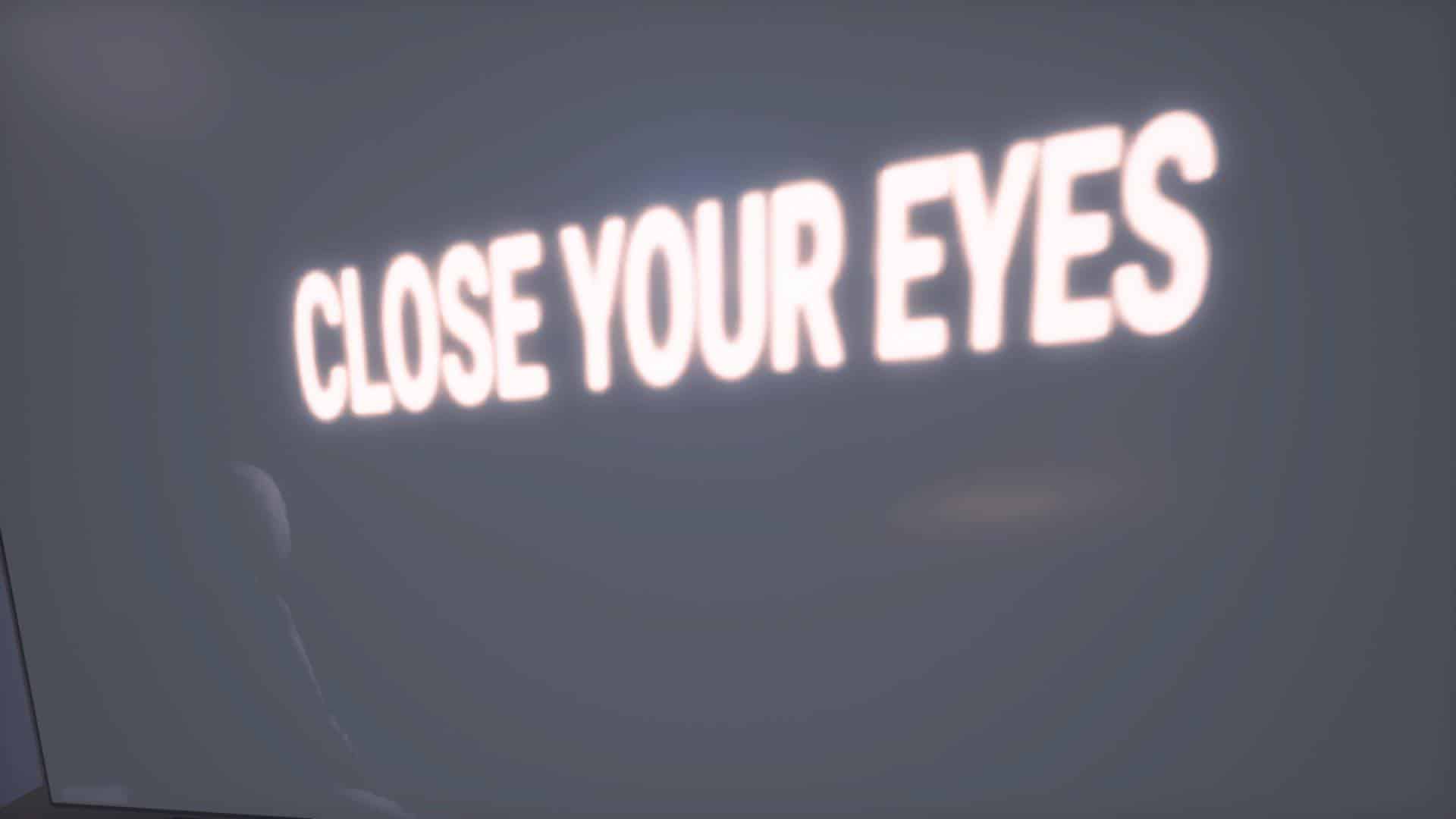 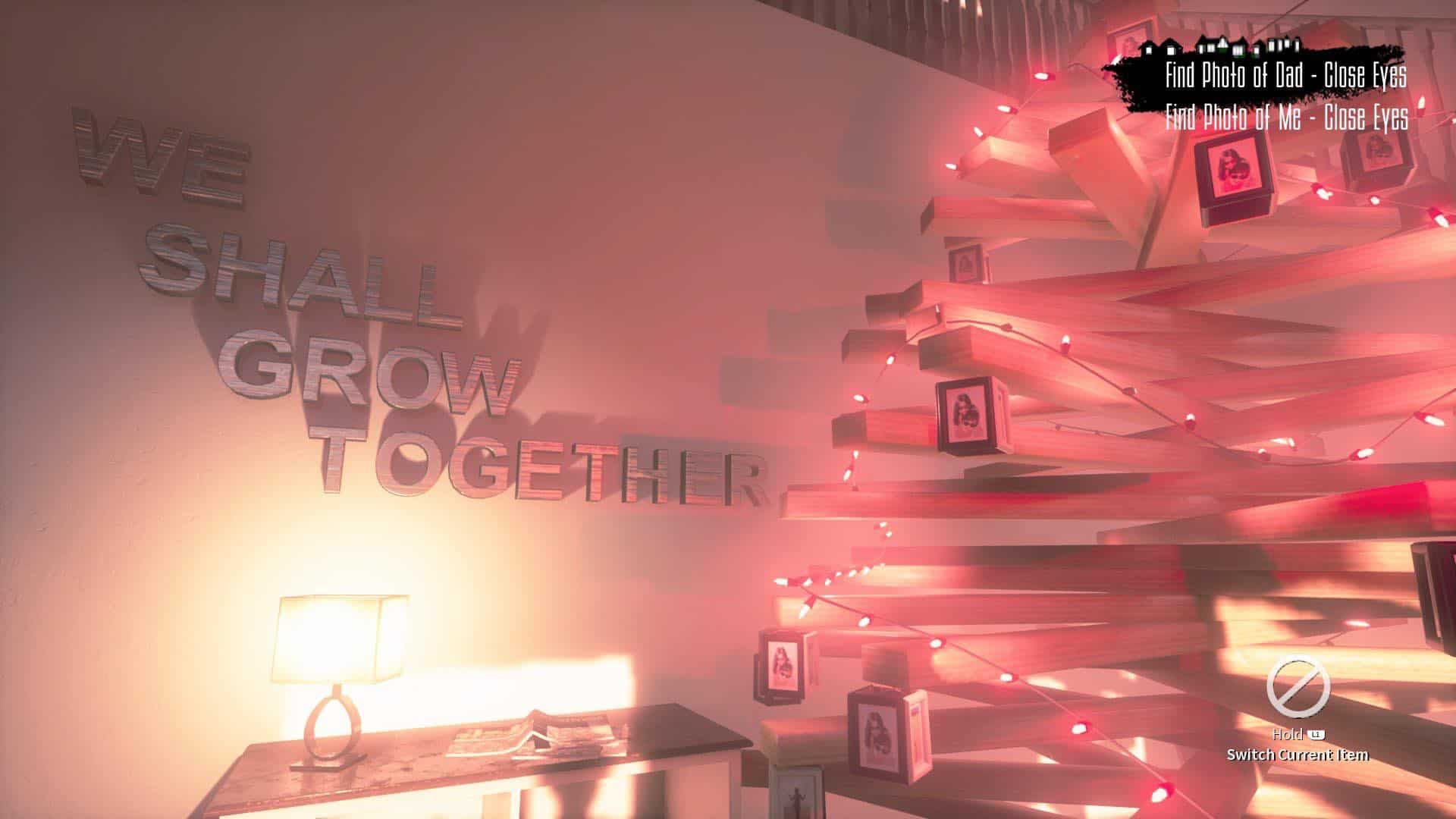 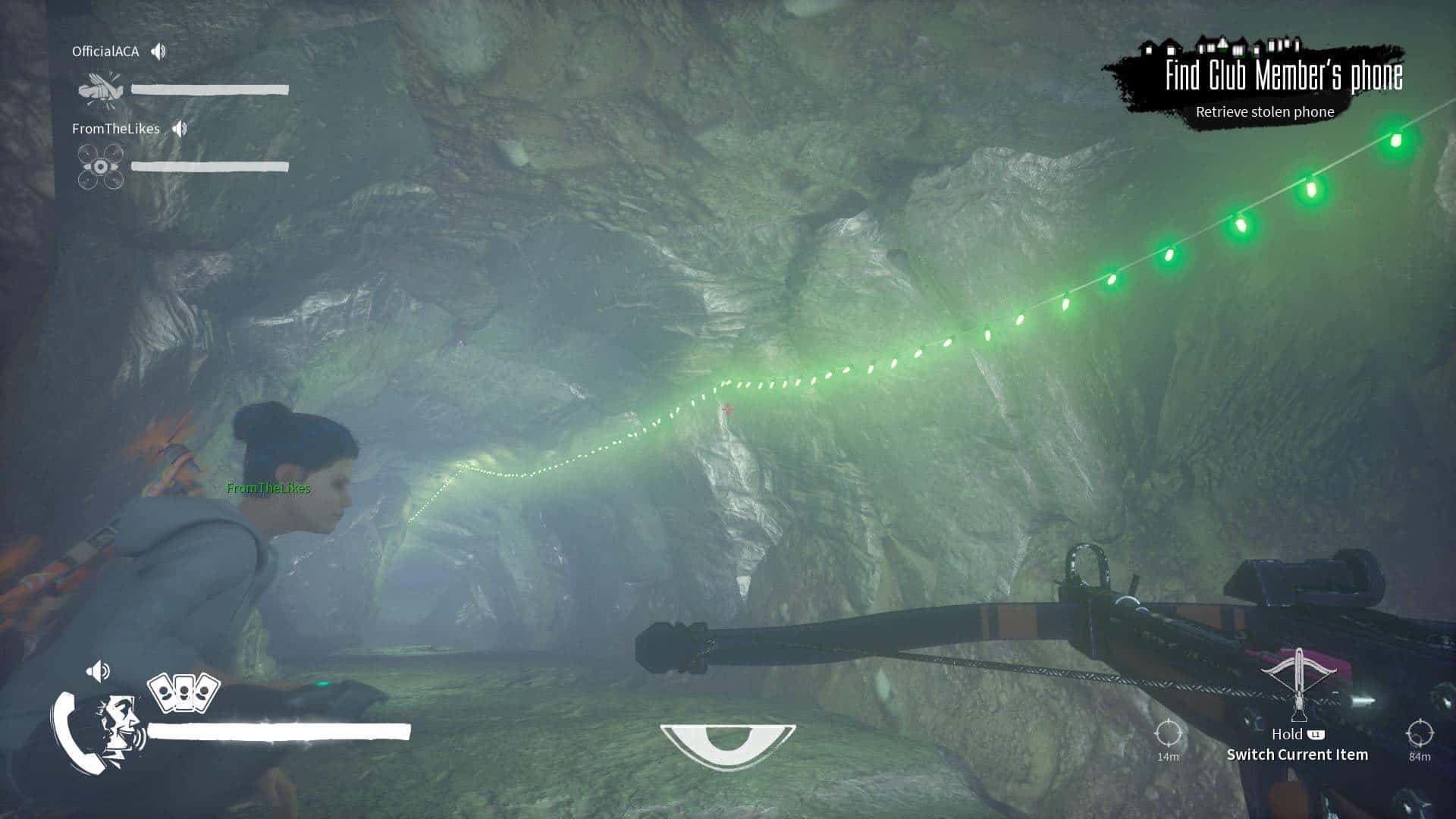 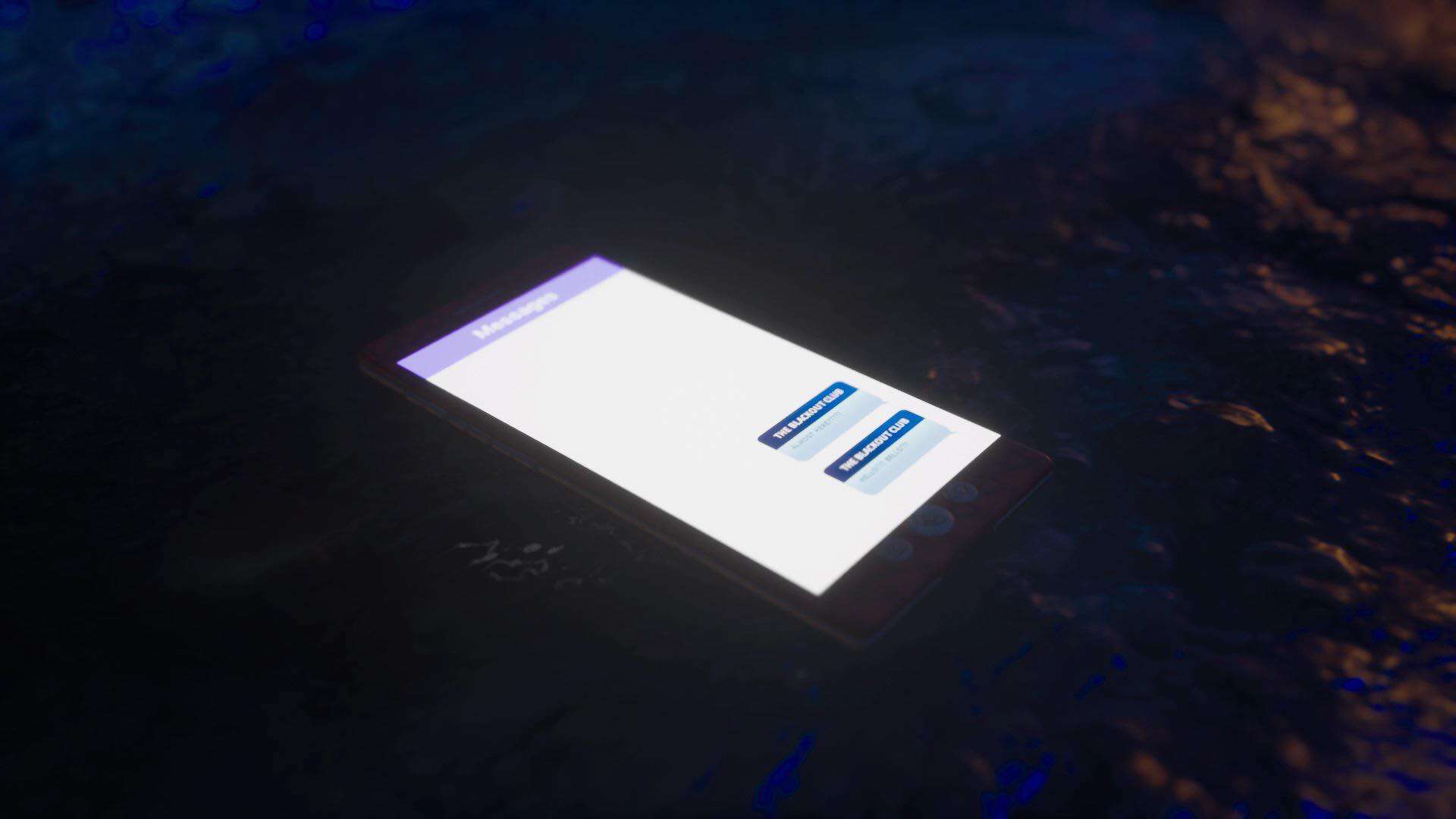 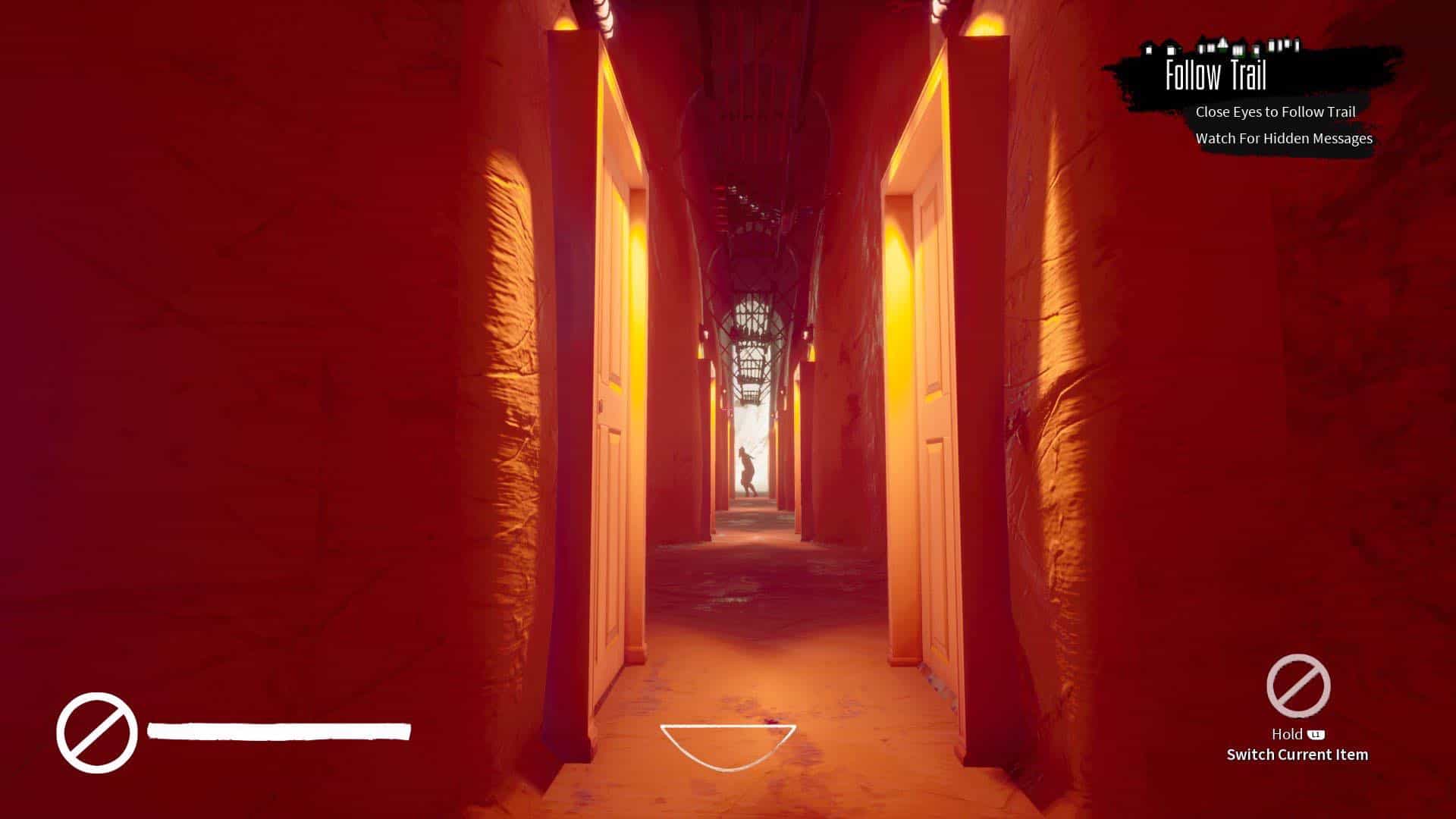 There’s surprisingly so many builds the player can choose. There’s a takedown tree that helps you fend off tougher foes or even a drone that can be upgraded to not only surveil the area, but stun enemies and disable enemy’s  security drones. These are all brilliant in finding ways to combat the reintroduced enemies from the game’s tutorial, including the ever dreaded mysterious Shape.

“Finding what perks will suit a mission inspires some thought.”

When coming toe to toe with this indescribably most terrifying foe, players must use their co-operation and keep wits about them to escape alive. Fail to do so, and the Shape will grab a hold of you and have control of your character’s mind. Now, the possessed player won’t be able to control where they move and instead will be spectating their character, walking around mindlessly. Other players can rescue this peer, or more brutally, prioritise their escape and leave the others to the Shape.

The environments developer Question have built for The Blackout Club are impressive too. The houses that you’re sneaking through actually feel like the natural layout of houses. Even the labyrinth underground of The Maze, filled with  pretty visuals such as string networks and noisy pipes, are appropriate and function well. It’s a nice refreshment to be honest, compared to the confusing Dollhouse that released earlier this year.

A quick note I’d like to recommend is that when launching the game you’ll be asked if you want to opt into the Enhanced Horror System. I’d more than recommend choosing to do so and using in game chat rather than an out of game party chat. This lets the game to hear what you’re saying and your reactions, and in some cases the previously mentioned Voices can visit you in levels too, responding to you as you play and providing more chilling fun. As this is also chance based, I unfortunately didn’t get to experience this but fun examples are online, such as this one here.

The Blackout Club is a game that really surprised me. It won’t make any Game of The Year lists or change co-op gaming in a truly meaningful way but it achieved what it set out to almost flawlessly. It’s the most fun I’ve had in co-op experience so far this year and has earned itself a nice little title of what I hope will continue be a cult hit. It’s not without faults, it has some bugs and sometimes voice chat doesn’t work the best but I have faith this can easily be patched. I can’t wait to see what Question do with this nice little gem in the future.