After the surprise success of campy teen horror Until Dawn in 2015, Supermassive Games have smartly, if not quite ambitiously, engaged in creating more horror stories with the same choice-based mechanics and concept of “anyone can die at any time”. Not only that, but they have planned an anthology series in The Dark Pictures that is supposed to span eight games over the next four years, all featuring different characters and different things that go bump in the night.

So it is Man of Medan that is first cab off the rank, acting as the first episode of this anthology and a preview of what’s to come. In some ways, it reminds me fondly of how much I loved Until Dawn when I first played it. In other ways, it’s a bit disappointing and highlights that there is some work to be done if this series is to stay engaging game-to-game.

Man of Medan features a cast of five young characters that range from likable to annoying, as they find themselves stuck on a ghost ship of sorts, the Ourang Medan, based on the legend of a real-life ghost ship full of soldiers who died from mysterious circumstances in the 1940’s. I love a ghost story, as with the tropes in horror movie history, it allows for a lot of diversity in the types of monsters and scares that can take place. Ghosts can be manipulative,  play mind games, or even just look damn horrifying as they chase you down a hallway. They’re versatile and that makes them a terrifying villain, which is why it’s such a shame it takes the game so long to get to the good stuff.

After a prologue, Man of Medan stops to a grinding halt as we get to know our five potential victims, getting ready for a dive. This is mostly where conversations take place as you establish the kinds of relationships they have with each other, and establishing what personality traits define their characters. But unlike Until Dawn that found a way of being campy and endearing throughout the whole story, Man of Medan takes itself a little too seriously. This makes the scares that come later very effective, but bogs down the first section to the point of being a bit boring on first play, but completely mundane on repeat.

“…what will keep me coming back is that characters can die at any time, in a variety of different ways.”

Of course, the intriguing premise of The Dark Pictures and what will keep me coming back is that characters can die at any time, in a variety of different ways. My first run was all about trying to see how many I could have survive by the time the credits rolled, but later attempts I didn’t mind making other decisions that could be perceived as poor just to see what would happen. After all, there are 69 potential deaths to experience.

The actual gameplay involves walking around the spooky surroundings, choosing how you respond to conversations and picking up the odd object that either is filled with lore or could impact things later. For example, grabbing a knife might seem like a good idea to defend yourself, but based on other branching paths it could come into play in unexpected ways. The other mechanic is quick-time events which pop up relatively frequently, but it was frustrating when these directly impacted the outcomes I was experiencing because I was slightly too slow to react.

As these quick-time events occur sometimes without warning and with a very small window to respond in time, it is irritating and perhaps even cheap for a character to get killed off simply because you were caught off-guard. You can have all the conversations that you feel like are helpful and relevant, build good relationships, make what you think are smart decisions, but despite all that, simply mistiming a button press can have a fatal result. I can understand that it might add to the shock value when you stuff up and trigger a serious consequence like this, but a bit less frequency would have been nice. 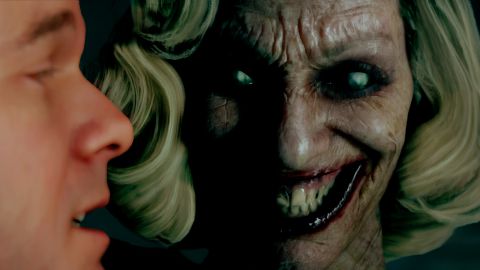 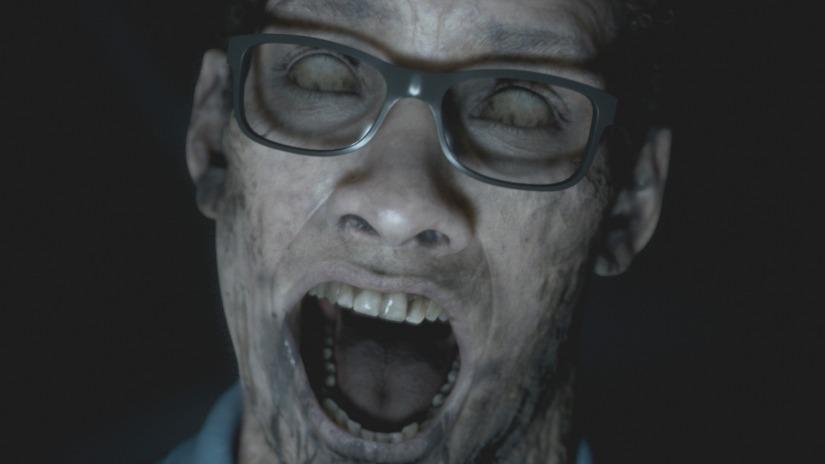 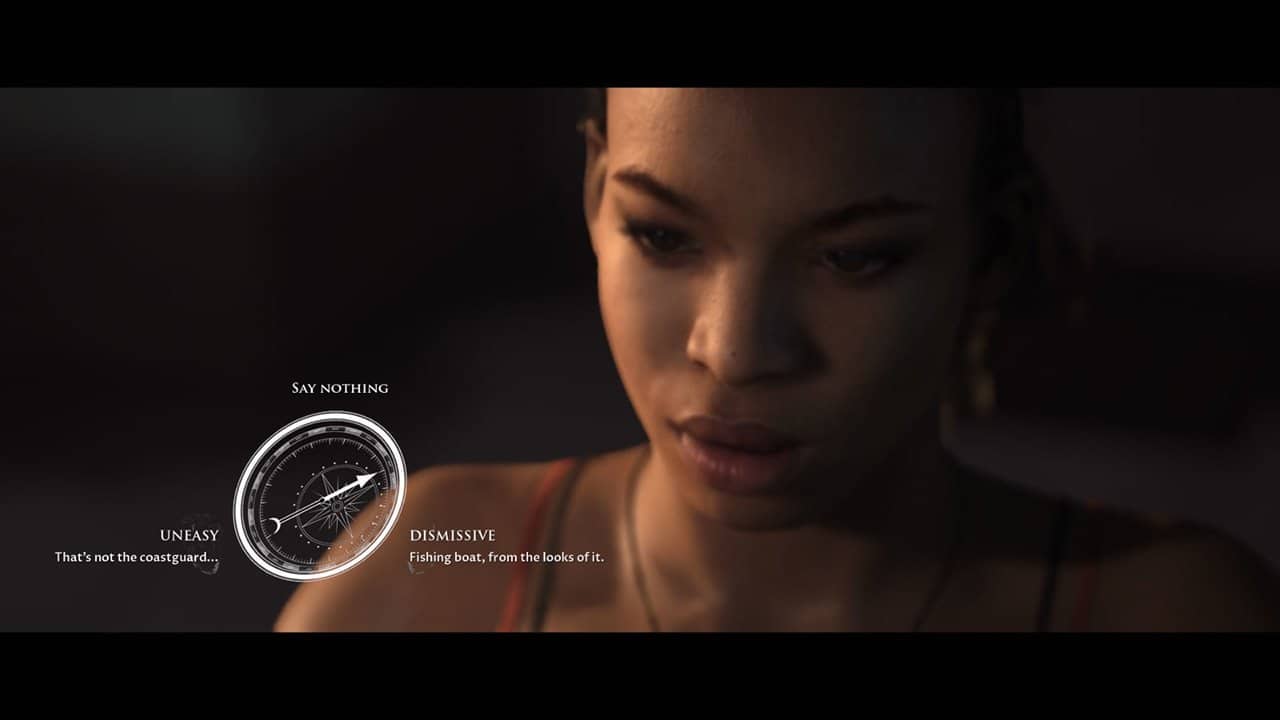 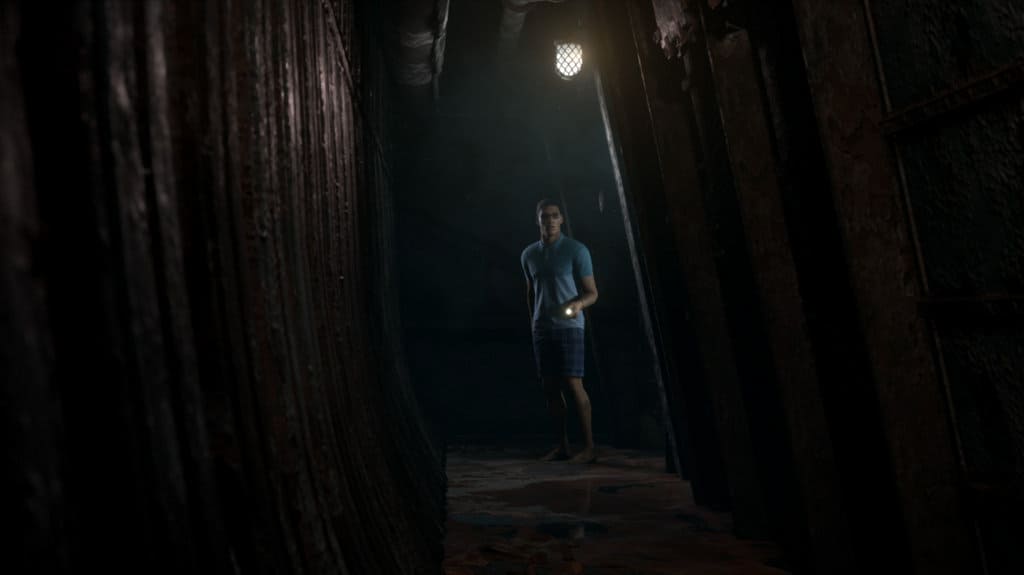 The uncertainty of the choices you make definitely ensures that you always second-guess your decision which kept me on the edge of my seat and nervous about every option, but decisions feel arbitrary when it’s built into the code. Making a judgment call that for all intents and purposes is the logical path only to be surprised and killed anyway kind of makes you feel like the choices don’t matter that much to begin with, even if it does make you jump.

And jump you will. Jump scares are the main recipe for Man of Medan, but it does find ways to use the ghost formula in some unique mind-bending scenarios I won’t spoil, too. Despite a slow start as I outlined earlier, I did find myself completely invested during the back half of the roughly 4-5 hour experience. As characters get inevitably separated from one another, I felt uneasy about turning every corner, and seeing something out of the corner of my eye that looked out of place gave me goosebumps.

This is helped by the visuals that are crisp and life-like, looking their absolute best as you explore the Ourang Medan in particular. When you get too close to the characters faces they sometimes don’t show emotion in the right way or look a little hollow, but the lighting and deliberate choice of perspective through different camera angles are all thematically on-point. However, I played on my Xbox One X and found frame-rate dips to be frequent and a little bit annoying, with some audio out of sync at times, too. For such a cinematic-like effect that the rest of the game carries, these blips took me out of it.

New to The Dark Pictures Anthology: Man of Medan is the ability to play multiplayer modes. The first, Movie Night Mode, allows you to play it as a couch co-op experience for 5 people, each controlling one of the characters at the times the game passes control to them. This allows you to play together and enjoy the scares as a group, and it’s enjoyable to yell at the screen and discuss which choices to make.

The other multiplayer option is Shared Story, a two player mode to be played online. This is definitely the more innovative option, as you play as different characters interacting at the same time, as opposed to the game forcing you to switch between them in single player. This allows for different scenes to be discovered, and by nature of it being a human player that’s online, you don’t have control over the decisions they make, adding another layer of stress. Do you cooperate and try to save everyone, or will one of you intentionally put one of the crew in jeopardy? It’s definitely a more interesting way to play if you can get somebody to go through the whole story with you, experiencing the new shared narrative together.

The Dark Pictures Anthology is an ambitious experiment, to say the least, and I’m not entirely sure Man of Medan is the absolute strongest example they could have put forward to launch what they hope to be an ongoing successful series. I love horror and still found plenty of things to like, with some effective jump scares and some familiar-yet-enjoyable tropes from ghost stories. Considering the emphasis on “don’t play alone”, I was certainly hoping for some more excitement, especially in the early stages of the narrative. If you’re someone who likes the idea of replaying the same experience, making different choices and seeing the different outcomes, Man of Medan remains to be a scary romp best enjoyed with friends and a tub of popcorn.