FIFA 20 Review – There’s something for everyone

FIFA 20 truly is an excellent game. It is  packed with content, featuring loads of teams and leagues from all over the world. It features no less than four different career type modes. You can be a major league (or minor league) player,  a football club manager, or create your own player or team. If professional play isn’t your thing, you can even dig into the surprisingly deep world of Volta Football. There really is something for everyone here for both hardcore and casual fans alike.

FIFA is the biggest selling sport franchise of all time with approximately 260 million copies sold since the legendary FIFA International Soccer launched way back in 1993. It was not the first soccer franchise, but it’s the best and has been a staple of the gaming sales charts for the last 26 years.  FIFA 20 firmly underlines the series as the premier football franchise in the video game world. Football games may not have changed that much over the years, merely iterating on a solid concept. But that’s okay when your game is an absolute blast.

FIFA 20 features an incredible 70 leagues from all over the world, approximately 700 clubs and more than 17,000 players. It really is an overwhelming amount of choice, but it means no matter where in the world you are, you can likely find your favourite team. If you want to give the English premiership a pass and jump into some Major League Soccer or Japan’s J-League then no worries, this one has you covered. It also features 90 licensed stadiums as well as 29 original locations to play in.

Gameplay wise, Football games have not changed too much in the past few decades. So even if you’ve skipped the series since the 90’s, the controls are so universal it’s easy to jump into. FIFA 20 also features a wide selection of drills and mini games to get to grips with the finer points of the game. I found shooting accurately to be a little tricky to start off with so these little distractions genuinely came in handy. Not only that, they are actually kinda fun, much like the crazy box challenges in Crazy Taxi or VR missions in Metal Gear Solid. They will also feature while a match is loading which is a handy distraction.

You can hop into one of the career modes as a player. I decided to skip the big teams/my favourite teams to play in the Scottish League as the Rangers and choose a player at random. I think this mode is definitely more fun though if you follow a team, a league, or have a favourite player. Here you move your way through the season calendar and set up a training program between matches made up of training drills which you can either play or simulate.

You will get handed objectives from the manager and receive messages throughout the season. It’s a bit tricky to identify if any of that makes an impact, because ultimately if you are good at FIFA  and play the games, your team will likely win most of the matches anyway. The Managers Mode is pretty similar but focused more on the team rather than an individual. Here you negotiate with other teams to buy and sell players and more. The game will also throw you into silent, subtitled cut scenes similar to those you used to find in old PlayStation 1 wrestling games. It’s in the cutscenes where you start to really notice the fluctuating levels of detail found within FIFA 20. Although with 17,000 player models, it’s obvious that not all of them are going to be of the same level of detail.

Given the length of the seasons and the obvious fact that you are stuck as one team for the duration, these aforementioned game modes are definitely for the dedicated fans of particular teams. I think most casual fans will lose interest pretty quickly here, particularly with the amount of teams and locations to choose from when playing friendly matches

FIFA Ultimate Team (FUT) returns as well. Build your own team from a pool of players from across the leagues, play matches online or offline to earn coins and improve your team. Buy players with coins earned through play or spend actual money if you wanted by buying packs. I would probably best describe it as a sort of FIFA Online and it would best appeal to those that are planning on sinking a lot of time into the game by strengthening their squad and are interested in competitive play online.

Out of all of the various career type campaigns available, I must say my favourite is Volta Football. The presentation initially is a little bit Nike commercial meets Fast and the Furious crew though, featuring lots of model type characters permanently dressed like they are going to an EDM festival. One of the tournaments in Tokyo is on a rooftop featuring lasers and DJs juxtaposed with people juggling footballs, Race Wars style. It was a bit cringe. But once you get comfortable with the presentation and jump into the story mode, things start picking up pretty quickly.

Despite the crew initially appearing to take their football a little too seriously, the story itself is actually pretty engrossing. Some of the characters are genuinely endearing and I totally fell for my crew. The voice actors have done a great job giving the characters genuine personality and this is supported by high production values throughout. Unlike the other career modes available, this one feels like there is genuine impact and reward for your efforts as you win games and progress through the tournaments. Your character is custom and they have done a great job with the different options available, making it easy to visually portray the personality you want.

The gameplay in Volta is FIFA Street style. Usually the matches are 3 v 3 on street courts with a max of 5 v 5. You can bounce the ball off the walls, the goalie can get more involved and there is a range of variations on the rules available. For example you can set the win condition to first to 5 goals, or opt for a more traditional timed match. There are also drills available but with a Volta twist, such as kicking footballs through windows for points. There are a couple of niggles with Volta at the moment however, for example in one tournament I played the same team three times. But hopefully these kinks will be worked out in time with a patch.

Outside of classic friendly matches, Volta was my go to option for a more career-orientated experience. The change of pace in gameplay and much stronger narrative found in Volta is a fine addition to an already jam packed game. 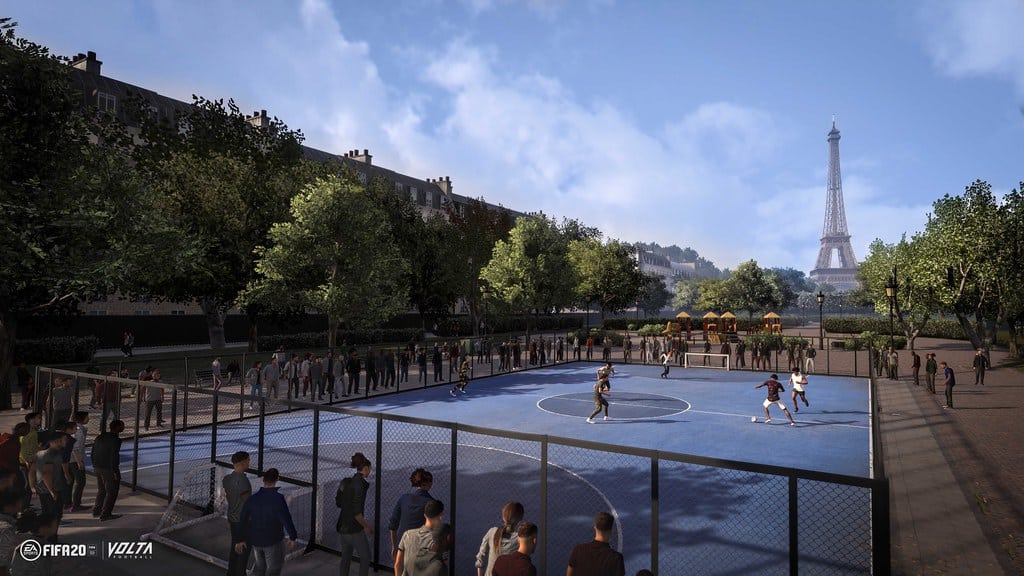 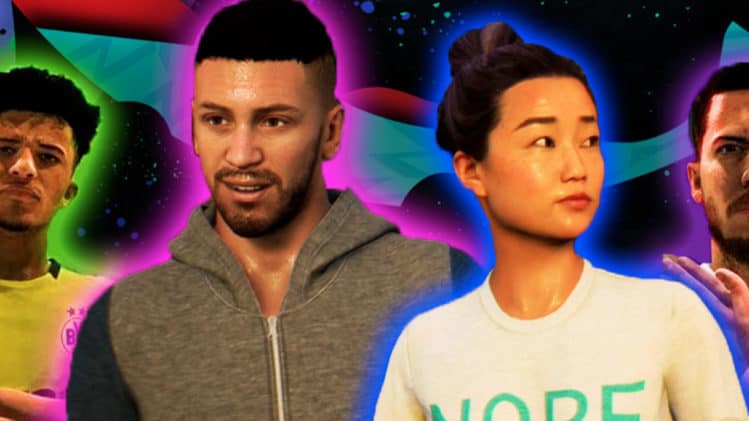 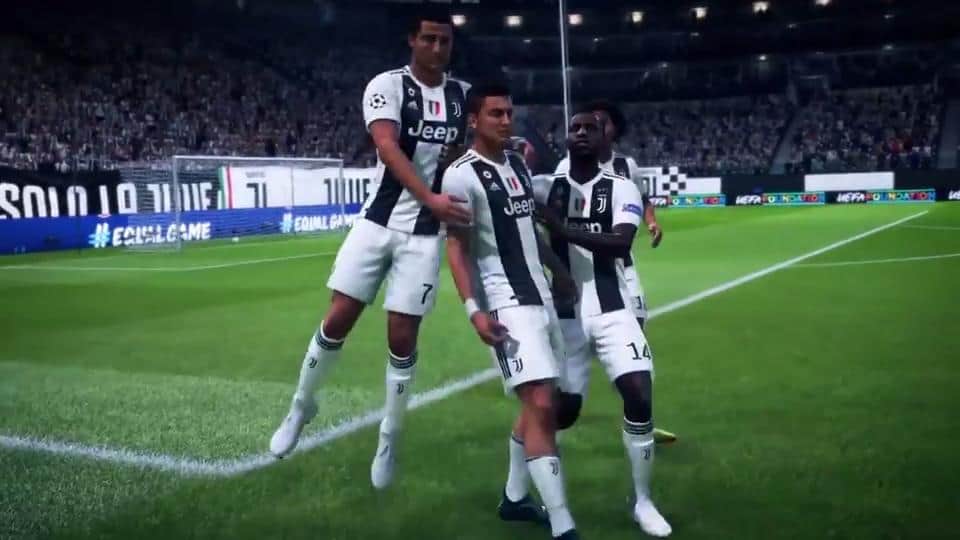 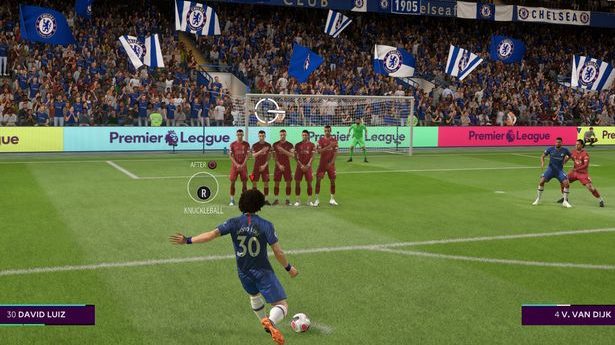 Presentation wise, as you would expect from a FIFA game, the standard is high. We aren’t quite at the point of photo-realism yet but it’s darn close to TV level presentation from a distance. The commentators feel natural in their delivery and this enhances the immersion of the game. Although gameplay hasn’t changed much in decades, the character movement is clearly advanced and well produced. FIFA 20 is a great game overall, considering the sheer amount of content and options coupled with strong presentation and playability. It’s a good play for anyone even mildly interested in football, or even those looking to take a break from the lenghty open world adventure games flooding the market these days.

Overall I rate FIFA 20 as an excellent game. It plays great, it looks great and there is loads of teams, leagues, players and modes. It truly is the only football game you need. The Volta League features great characters and a unique spin on football and is almost good enough to be a game on its own. It’s a refreshing change from the open world RPG that is all the rage right now. I reckon gamers should give it a go.