I first learned about development studio Finji when they published the phenomenal game Night in the Woods back in early 2017. From there I decided I’d likely follow the studio in their future journeys. When I learned of Overland, a turn based tactics game set in a post-apocalyptic America coming from Finji, I was cautiously optimistic. Little did I know, my adventure with the game would be the same, having fun and enjoying my time, but remaining pragmatic with each turn.

Overland starts you off with both your first character and level location being randomly generated. Your character will have a short bio on screen to give you a little bit of soft backstory to the character, prior to the apocalypse. None of it adds to the lore of the game and its world but it’ll help you give more meaning and attachment to your cast of characters. Simple bios such as Ona who “used to do customer support” and “misses ice cream” help me to chortle at their simplicity, but also oddly root for the character. Don’t get too attached though, in Overland you’ll die a lot.

Overland will see you facing off against eerie, otherworldly foes that arise from the Earth’s core. They are sharp and pointy in design and can be likened to enemy designs such as Borderland 2’s Crystalisks. They don’t take much to get knocked down in the game, but when you’re swarmed by four or five in a close radius you’ll need to become extra strategic. This happened often and resulted in my demise more than I’d like. Don’t worry though! You can start again with a newly generated character…. until they inevitably die in another five minutes.

Strategic thinking in Overland is excellent. It plays more like harm reduction than clean runs where everyone leaves unscathed. Do you make those last few steps to get fuel to fill up your car or do you make a run for it, leaving other companions such as dogs and other survivors behind? Yes, like many games of recent years, you can recruit furry friends to your party. A caveat however is you will undoubtedly lose many in your time with the game. Choices in this game are clearly aplenty and stressful, potentially more than other post-apocalyptic games of years past.

“Overland is a marathon, not a sprint.”

Essentially, Overland plays like a great big road trip adventure, something that’s more behind the scenes in other post-apocalyptic adventure games. This is refreshing. Players will progress by being concise with their petrol. Using this mechanic, you have to prioritise what stops you’ll make, assuring you’re both making the long haul but also keeping an eye on that scarce fuel resource. Some stops you’ll make allow you to gain more party members (potentially losing others in the process), grab supplies off other traders, or clear up roadblocks to progress to the next themed area. It’s clear in this way that Overland is a marathon, not a sprint.

A lot of the game has been trial and error for me. Due to this I’ve sometimes opted to start runs on earlier locations and build up my limited arsenal of supplies and weapons. One of my favourite runs has been going back to the beginning area, the East Coast, and controlling a human, recruiting dogs to fill up the rest of my party. From here, the dogs served as bodyguards, pushing back enemies as my sole human limped to get tools and fuel. 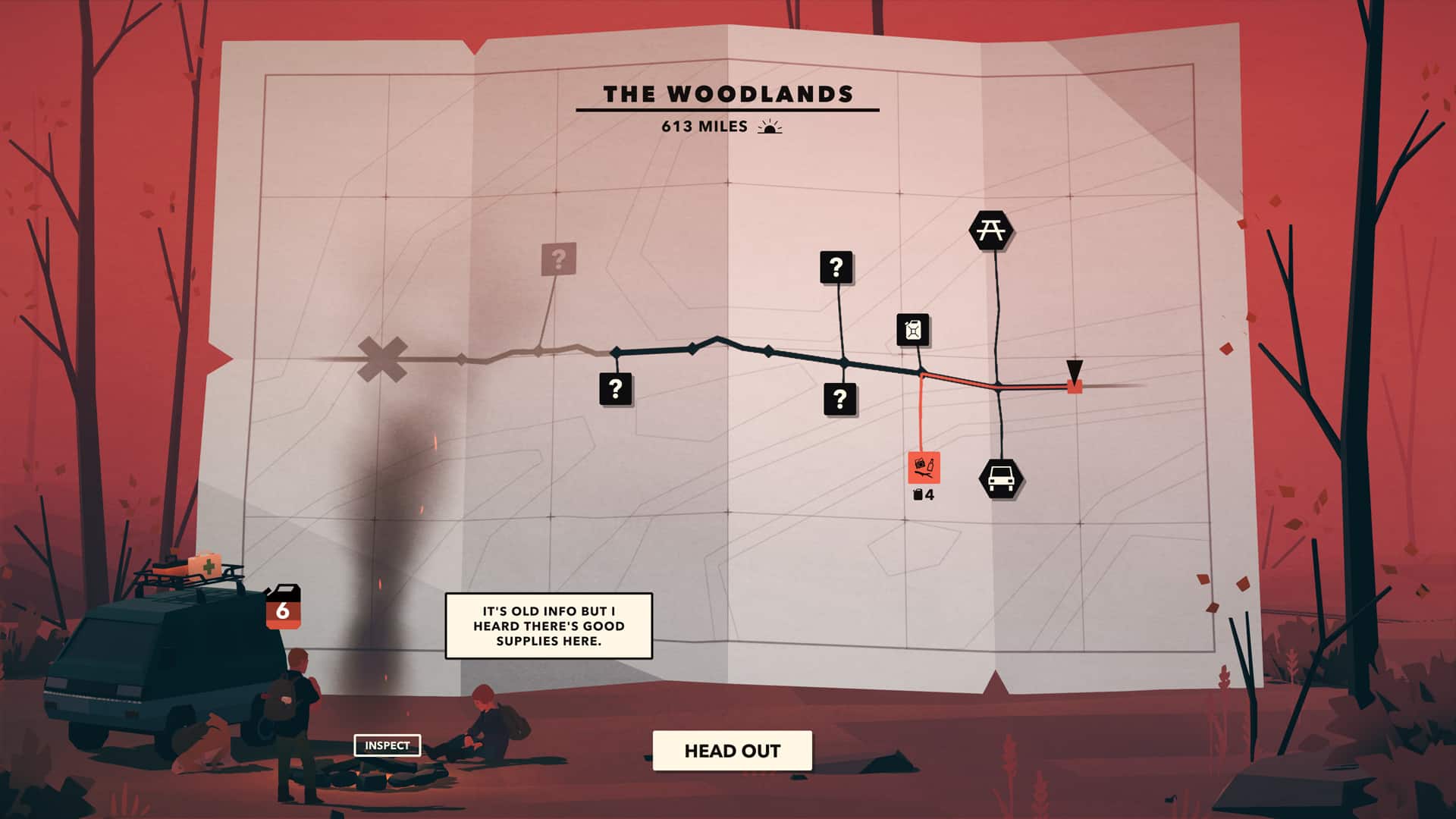 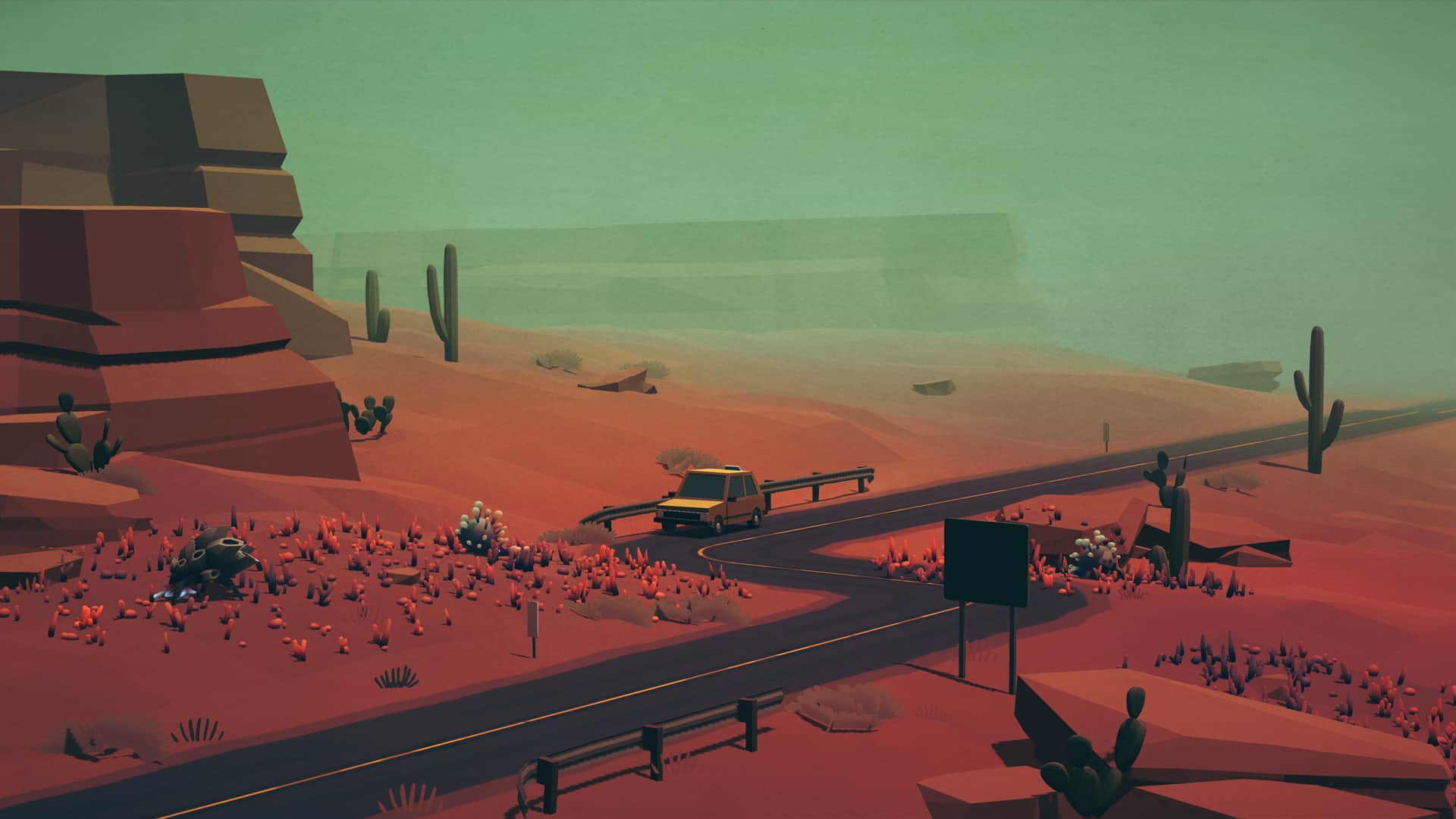 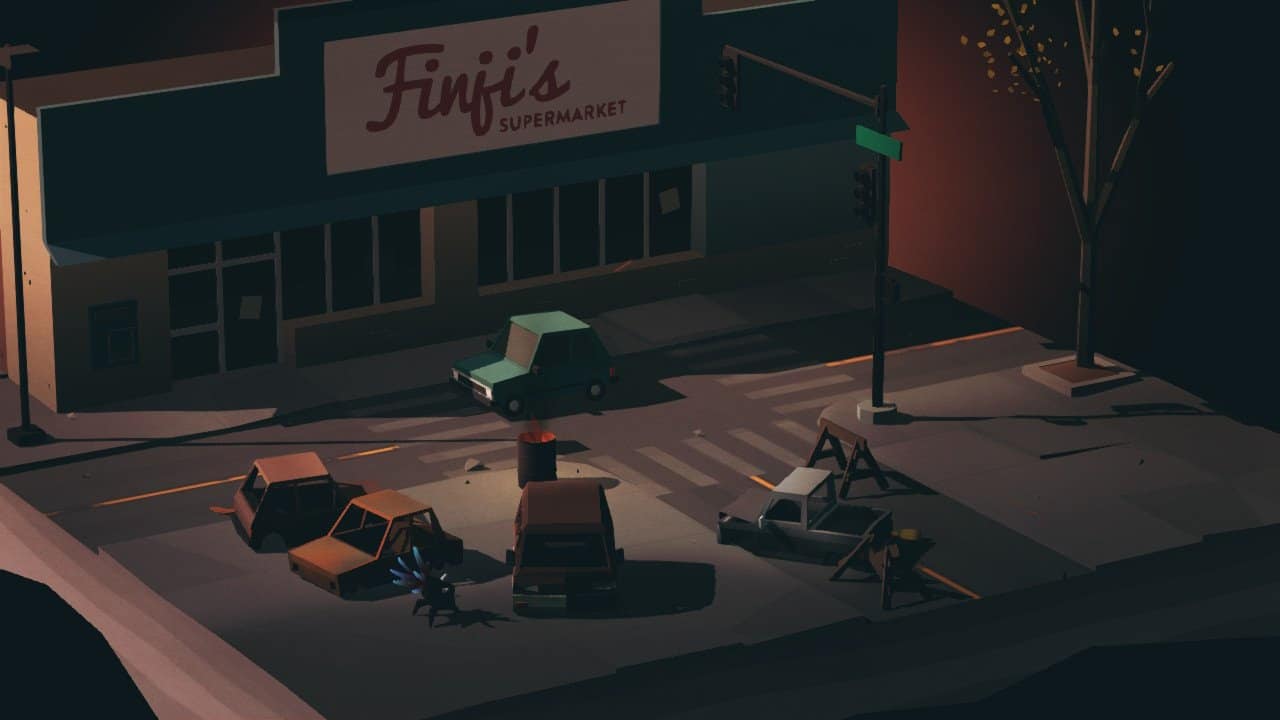 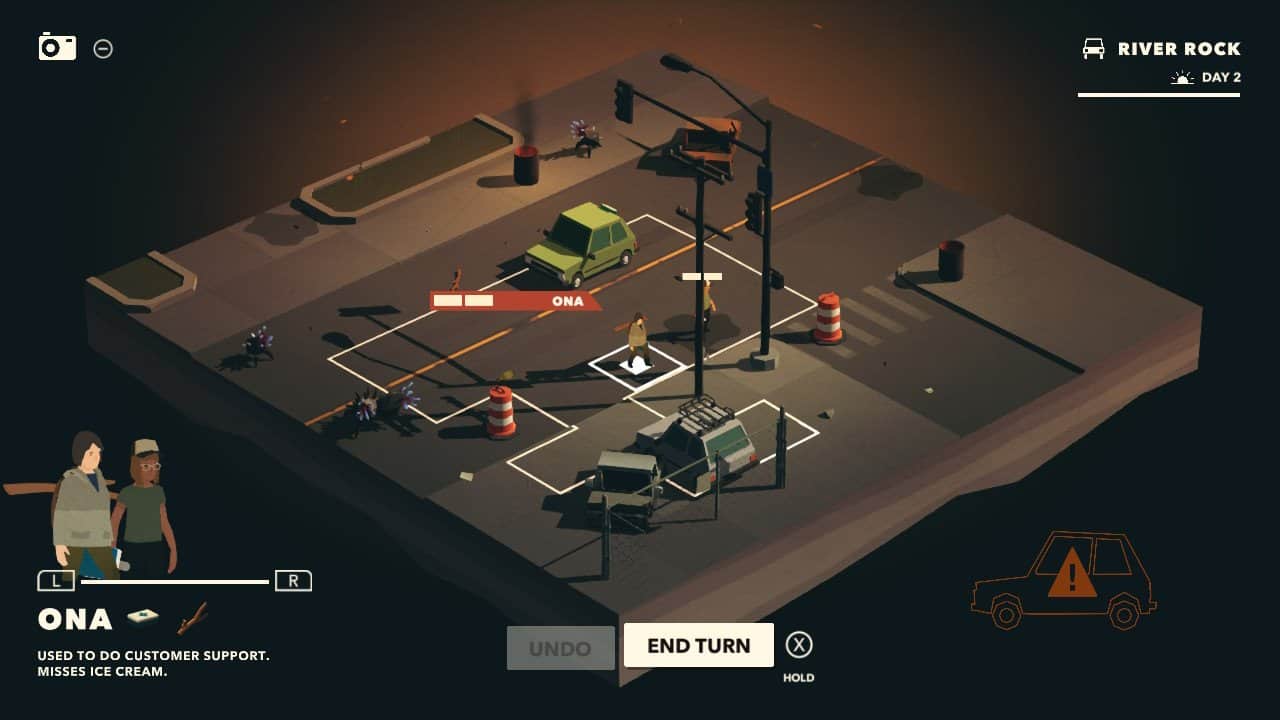 The issues and concerns I have with Overland are mostly nit-picky. Some mechanics such as recruiting party members work great. However, being able to down someone that was previously a foe, only to revive and recruit them like nothing happened is an odd choice. This comes across as a confusing but humorous contradiction. Overland also suffers from a bit of an identity crisis. It has clean and clear UI that works extremely well in welcoming players on platforms such as the iOS and Nintendo Switch. It appears to be such an accessible and welcoming title, yet I was constantly taken aback by how gruelling and punishing the game can be. Due to the inherit challenge and randomly generated aspects, Overland can feel really unfair at times.

I’m not your seasoned turn-based tactics player. Still, I oddly seem to be struggling more with this game than the souls-like Remnant: From The Ashes that came out earlier this year, a genre I’m even more unfamiliar with. I think this speaks to the game’s, at times, unfair difficulty. However with the use of in-game badges to earn and modifiers to add, it provides me with a reason to just keep coming back. What’s better, Overland, along with other greats, is available to try on the recent Apple Arcade. So, why not jump in for some portable, strategic fun?