I’ve been playing Destiny since the Alpha dropped back in 2014, since then my husband, friends and I have been avid fans. We’ve been there since the start and while being a Destiny fan comes with a love-hate relationship with the game you’d be hard pressed to find a player who isn’t also a staunch defender of the space fantasy drama. With the launch of its sequel Destiny 2 fans were disheartened to learn that while we were going to bigger and more exciting locations we would need to leave old ones behind. Destiny 2: Shadowkeep however doesn’t just bring back an old location but also a friendly face we’ve sorely missed.

If you’re unfamiliar with the core game play of Destiny I’d recommend checking out our initial review of the game. Alternatively I’d say jump on and try it out for yourself since you can for free. This is because alongside Shadowkeep Destiny also launched “New Light” for newcomers. New Light is a Free To Play compilation of the first year of content from the game that includes the core game as well as the first two expansions, Curse of Osiris and Warmind. This let’s you explore the game and get to know it without committing to later content like Forsaken or Shadowkeep.

Destiny: New Light is a great initiative that has already injected some new guardians in to the already thriving world. New Light will keep you busy for plenty of time before you need to commit to purchasing anything. This is about $100 worth of content and will give you access to both the story missions but also the free roam spaces including the newly added Forgotten Shore from Forsaken and the Moon from Shadowkeep as well as the base PVP Gambit and Crucible modes.

The free mode will also give you access to the free season pass content and holiday events that take place including the upcoming Season of the Lost or Dawning. We can only speculate if this F2P mode would have been possible with Activision involved in producing the game since the companies severed ties earlier this year. It does seem fortuitous that some big changes have come to the game with this being the first expansion released where Bungie is both developing and producing, they don’t have to answer to anyone and can make the game they want.

Desinty: New Light is not the only major change that Bungie has implemented alongside the launch of Shadowkeep, we now also have Cross Save. This has been something that has been requested for some time. While Cross Play might not be readily available, since PlayStation’s take only just came off of Beta, the team have done what they can to close the gap for those that wanted to make the move with their original guardians without loosing progress, or like me, switch between consoles. Cross Save essentially asks you to pick a core trio of guardians that you’ve created on one platform and then link all other platforms to those guardians, deleting any that you don’t want to transfer.

Swapping between platforms is much easier than I anticipated. It is as simple as closing Destiny 2 on one platform and booting it up on another, I am not sure why I assumed this would be a more difficult process but I’ve been enjoying playing on PS4, noticing a PC friend is playing and switching over. The downside is that you do need to purchase Shadowkeep and Forsaken, if you want it as well, on any platform you play on. The positive is that any season pass you purchase, more on them further down, will be available across anything connected to your Cross Save. But these were all free updates to the game that release alongside Shadowkeep, what actually comes with the expansion itself.

Destiny 2: Shadowkeep is a love letter the the history of Destiny while also bringing something new to the table. The moon was one of the iconic locations from the original Destiny and for the last few years we’ve steered clear of it for the likes of Titan and Nessus. Funnily enough in the weeks leading up to the announcement that we would be returning to the moon I heard more people lament missing the cold surface and that dark twisting tunnels the enemy Hive had created across the lunar landscape.

Something has awoken on the moon, something old and dark that can look through your history and pull on your darkest memories to create phantasms of your past. Fan favourite Eris Morn is back on the moon haunted by the ghosts of her fallen companions as she leads you to take on the “Nightmares” that protect something ancient, something I wont spoil here but fans of the series will be left floored and very excited about its appearance. These Nightmares will seem a little familiar though, appearing as the dead you’ve put in the ground before, from the more recent Fikrul and Ghaul all the way back to classic enemies like Crota or my main squeeze Skolas!

The idea of looking back on your sins ties in tightly to the themes of Shadowkeep. This entry is about not just looking at the history of Destiny but building on top of it. Taking the classic location of the Moon but adding to it, changing it, twisting it. The map is a good mix of nostalgia clashing up against new ideas so that while you enjoy seeing familiar locations you aren’t just retreading ground you’ve already visited.

The expansion comes with all the usual additions. New strikes, new weapons and armour, new PVP maps and heaps of new side missions and content to try out including new Nightmare hunts which are essentially smaller strikes to challenge you as you seek out high level enemies. It also brings with it a new finisher system which is essentially a way to show off with a flashy move that deals with a low health enemy instantly but leaves you open to damage.

The same thing that normally happens with Destiny updates happens here and that is that you’ll get through the story in a few hours as it is more about getting you into the new mechanics that you’ll be using in your endgame cycle. As has become tradition a week after launch Bungie dropped the new raid “The Garden of Salvation” which takes us back to the Black Garden and is very very good folks, again, no spoilers here. The raid acts as a bridge between the story of Shadowkeep and the ongoing persistent world events that are part of the new season pass content, Season of the Undying.

We’ve seen seasons done before in the last year with things like the Black Armory and Season of the Drifter. This is the start of a new way to consume the seasonal content. From here on out seasons will run for a few months and will offer two levels for paid and unpaid content. Paid content will obviously offer you a few more options in activities but that doesn’t mean unpaid gets locked out of everything for that season. Both also now bring a season pass similar to things we’ve seen in other F2P games like Fortnite where you will earn levels in that season by earning XP. The free version will give items every few levels while the paid content will give stronger and more impressive gear at every level.

This is great cause it rewards you just for playing and if you decide to get the pass further into the season you’ll get all the paid content you would’ve unlocked by now. As I said above buying the season pass on one system means that you have it on all platforms but on top of this the seasons are now pay as you want, so you wont need a previous season to play the current season, don’t like the look of a season? Skip it, like the look of the one after that? Dive in! It really puts a lot more power into how you want to consume the content so it’s exciting to see where this goes.

I was actually lucky enough to chat with Victoria Dollbaum, Design Director for Bungie, and Morla Gorrondona, the voice of Eris Morn, at PAX Aus 2019 about Shadowkeep and the future of the game. Victoria was super excited to see how the Season of the Undying would unfold as the players activity would slowly change the world and as a result the overall experience. Some may have already seen some construction taking place behind Ikora in the tower which is a direct result of players taking part in the Vex invasions and taking the fight to them in the Black Garden.

Morla and I got to spend time talking about the return of Eris, a character who came in very intense in the original Destiny but managed to become a fan favourite that was asked after on the regular since we moved to the world of the sequel. Morla also talked to me about voicing enemies on the side of Darkness, including one very iconic scream, and how she was able to pull from her own personal experiences with Hurricane Katrina to create Eris, a woman who walks directly into the most dangerous places.

You’ll be able to listen to the full interviews when the podcasts release in a couple of days on Spotify, iTunes and Stitcher. So be sure to follow us so you don’t miss that or any of our other chats from PAX Aus 2019. 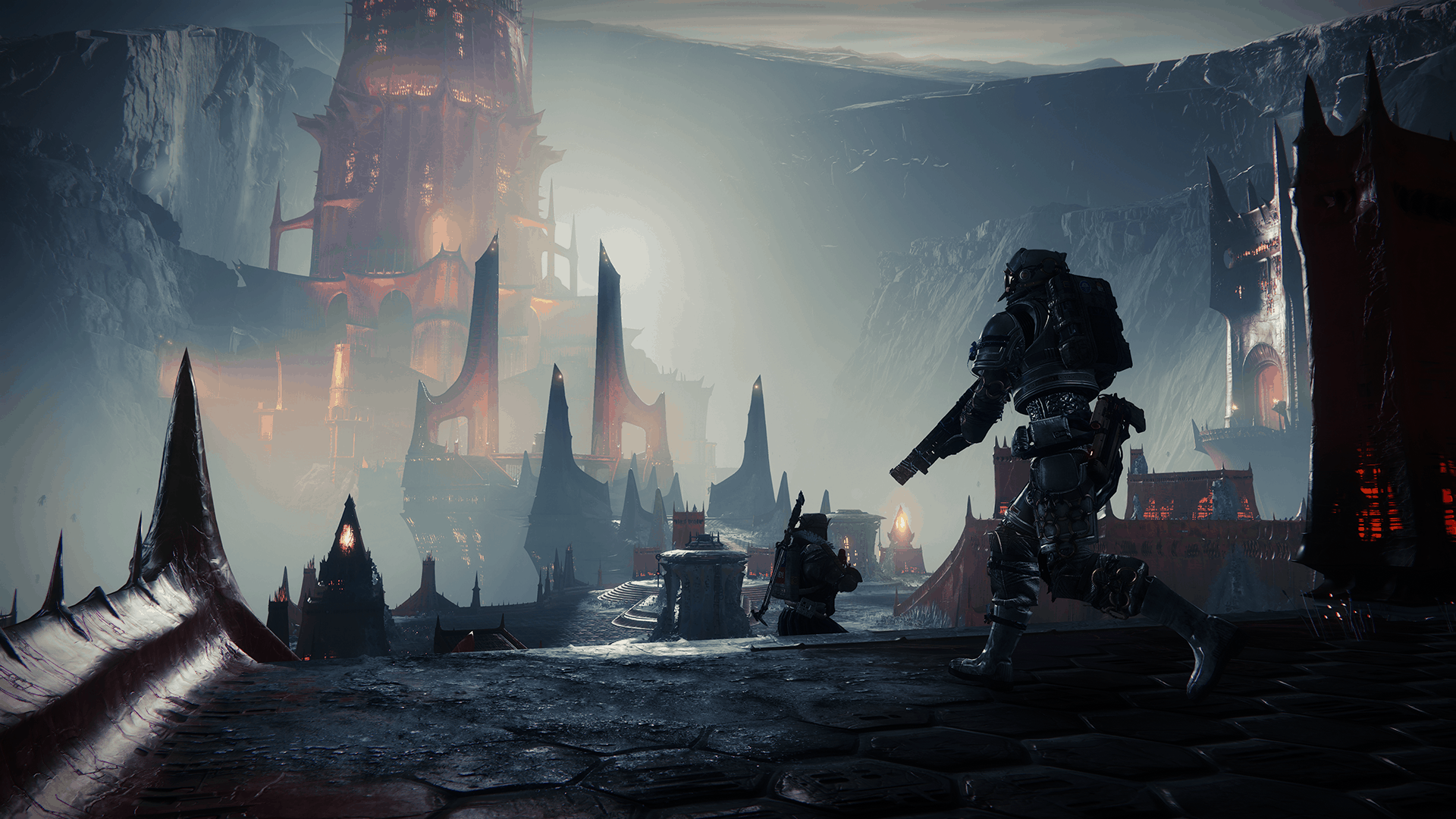 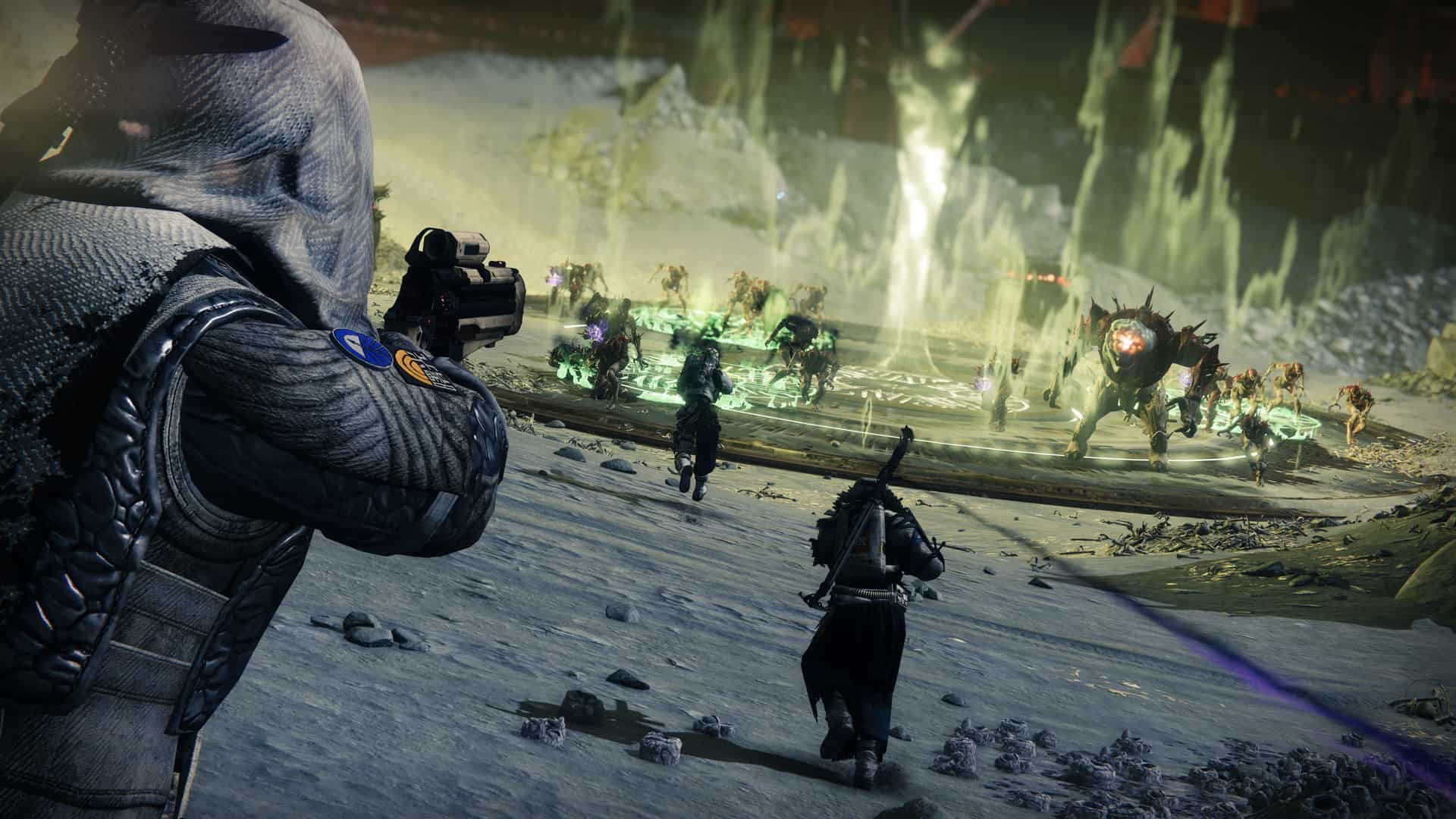 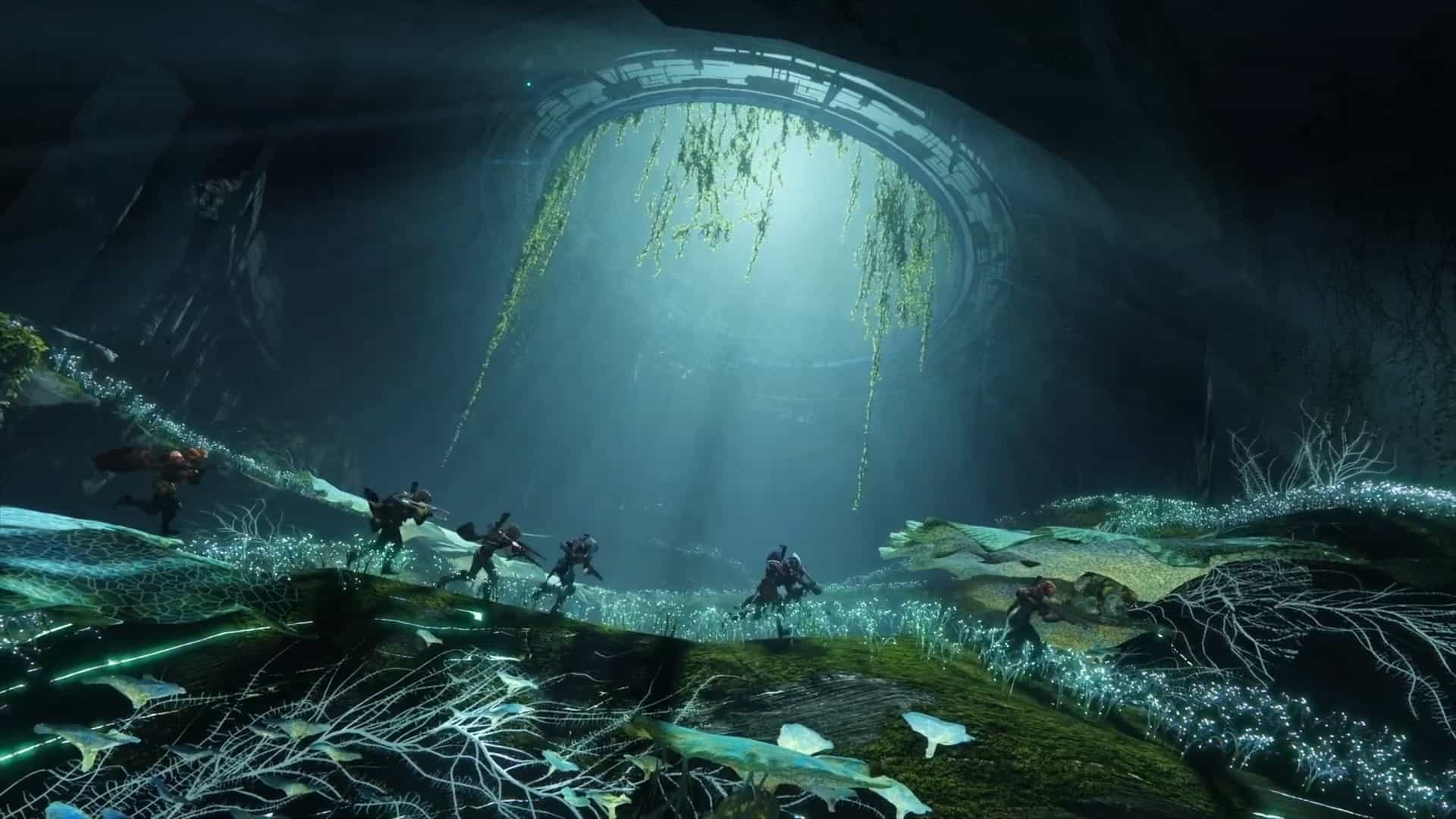 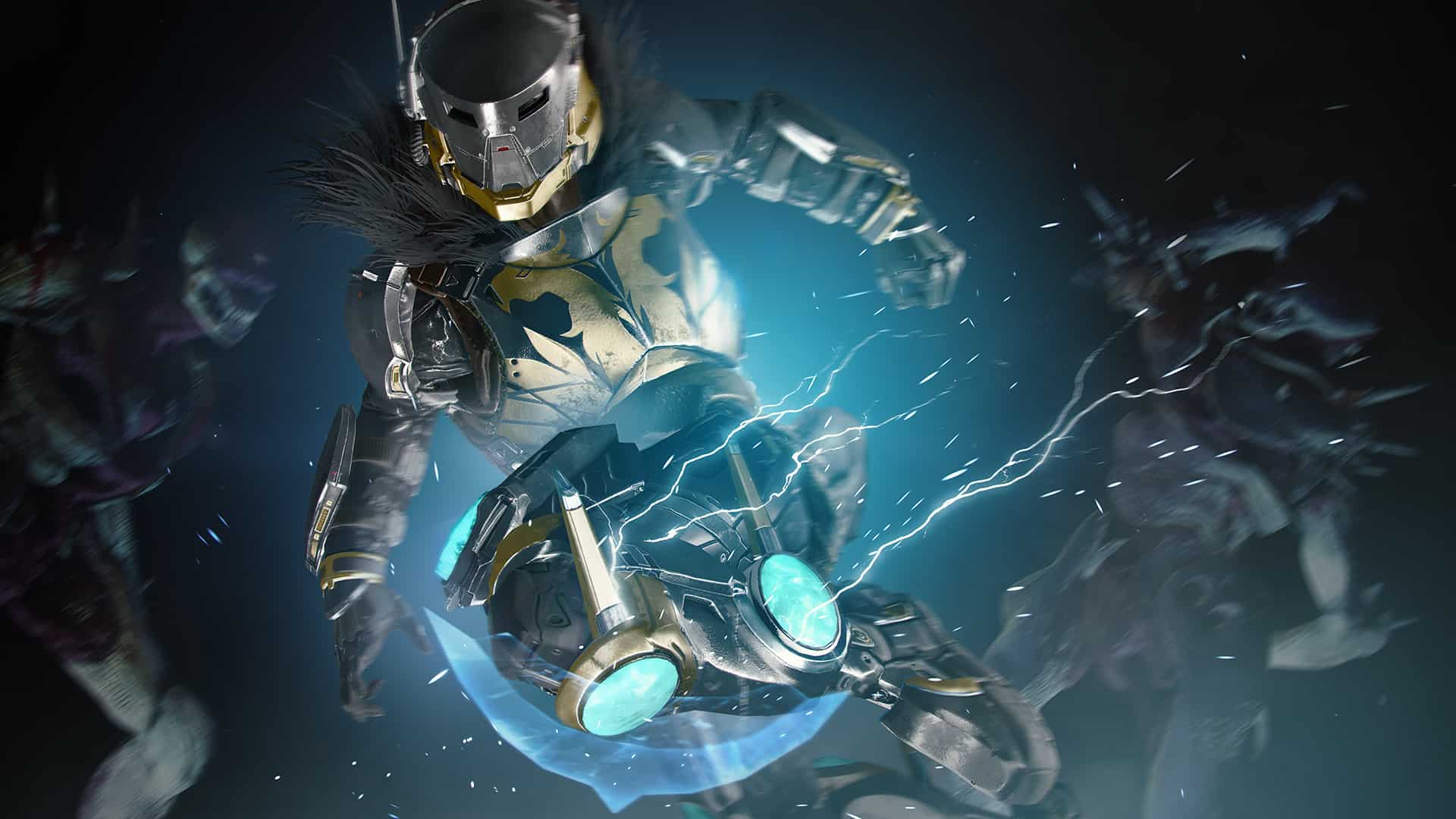 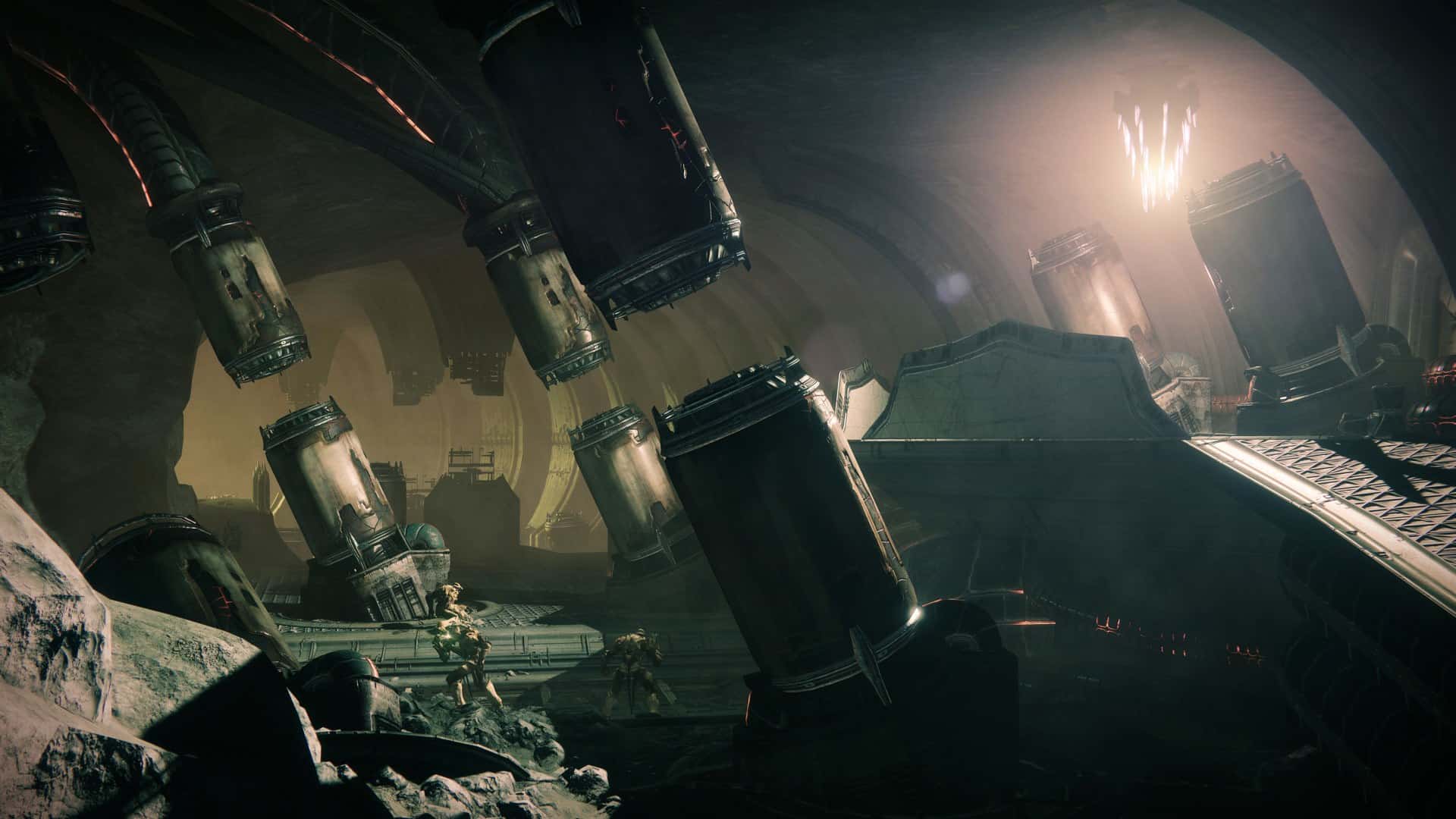 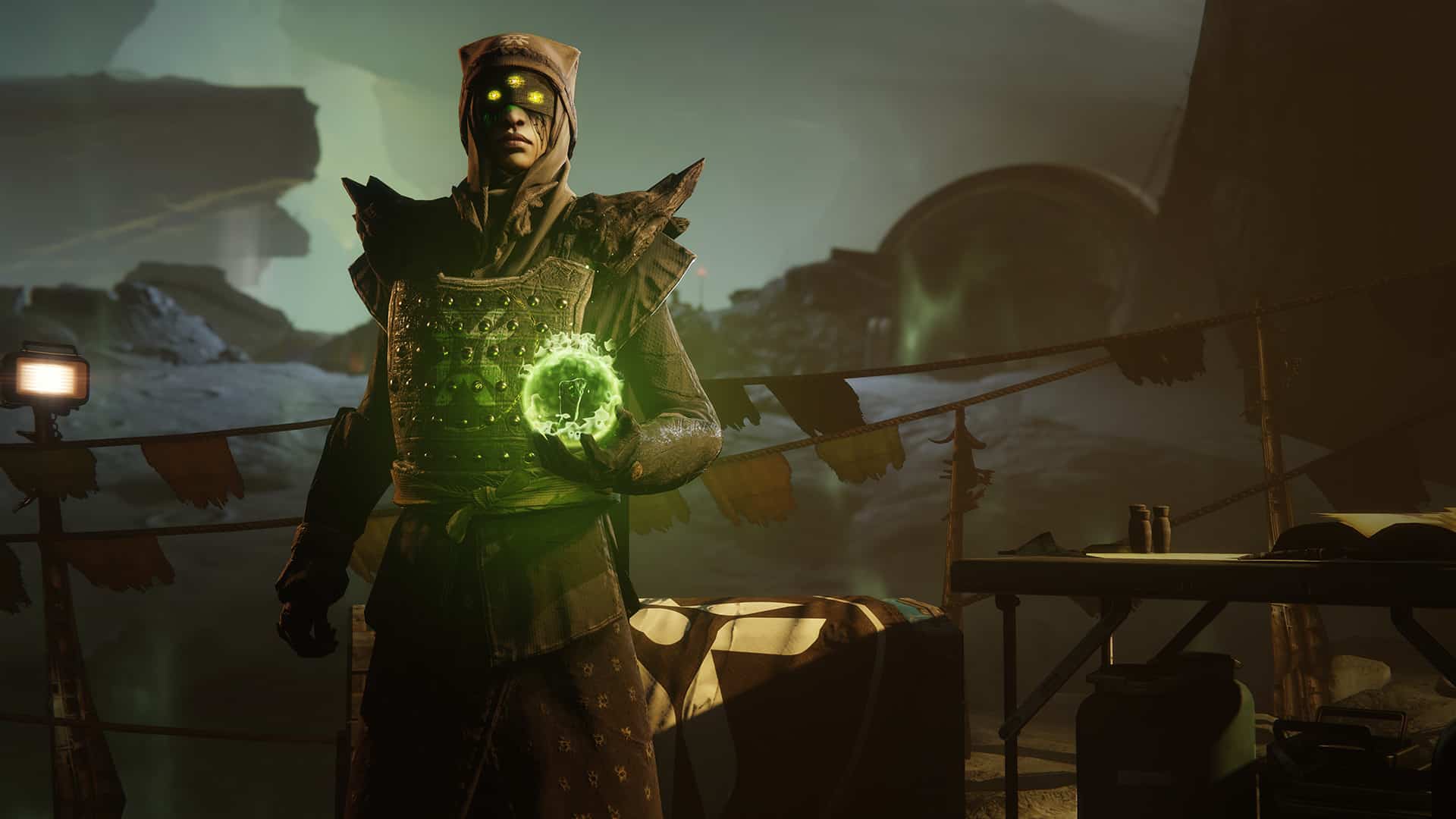 Destiny 2: Shadowkeep and Destiny 2: New Light are great steps forward for Bungie and have seen a lot of the friends I saw drop off return to the game as well as welcoming all new players. With this being the first big content release to come from the team since the split from Activision it points to a company that wants to make changes for the better while listening to its fan base.

While purchasing on multiple consoles might be a bit of a downside and this expansion does feel a little smaller than Forsaken the endgame loop has never felt better. With the hints about where the series is about to go story wise as well as the focus on an evolving world the future for Destiny is looking bright. So if you’ve never played, go try it out, I mean it is literally free to get started now so why not?