In the PlayStation 4’s near six year life span, there’s been quite a generous addition of both remasters and remakes. Remasters often look at furthering their audience, while remakes plan to do this and (hopefully) scratch that nostalgia itch. Like it or not, both definitely have their place. MediEvil, a remake of the modest 1998 PlayStation hit, is the latest to join this romp. Interestingly enough, the revisited adventure game is a trademark example of the great and not so great parts of this trend.

In MediEvil, you play as an undead skeleton by the name of Sir Daniel Fortesque. You’ve awoken some 100 years after a great war and learn your previous sorcerer foe Zarok, too has returned. He’s casted a spell over Gallowmere, where the game is situated, and the world is now stuck in an endless night. You must fight through Zarok’s undead army and rid Gallowmere of this curse, protecting the souls of those still living. From here, you’re on your journey and you’ll see some great and creepy locations.  Haunted graveyards, cornfields and even some castle ruins are some of the highlights. However, not all of this is smooth sailing.

It’s clear developer Other Ocean Emeryville have a lot of love for the original. The game, despite it’s creepy and sometimes grotesque nature, looks pretty. Cut-scenes are gorgeous, and the in-game world oozes with eery personality. It really helps to further realise the world of Gallowmere in comparison. They even went as far as to hire original score composer Andrew Barnabas. All of this helps to paint the world of MediEvil in a more stand-out way than ever before.

Most of the fun I had in Gallowmere was growing my arsenal. Kill enough enemies in a level and their souls will fill up a chalice you can collect before a level’s end. Do this successfully and you get thrusted into a hub world known as the Hall of Heroes. Here you see your chalices collected so far on a table but more importantly, you can make an offering to the various statues of past Gallowmere heroes. These interactions are always fun and humorous and come with plenty of personality. At the end of that, you’re rewarded with that sweet sweet loot. This is undoubtedly where I got most of my enjoyment out of the game. 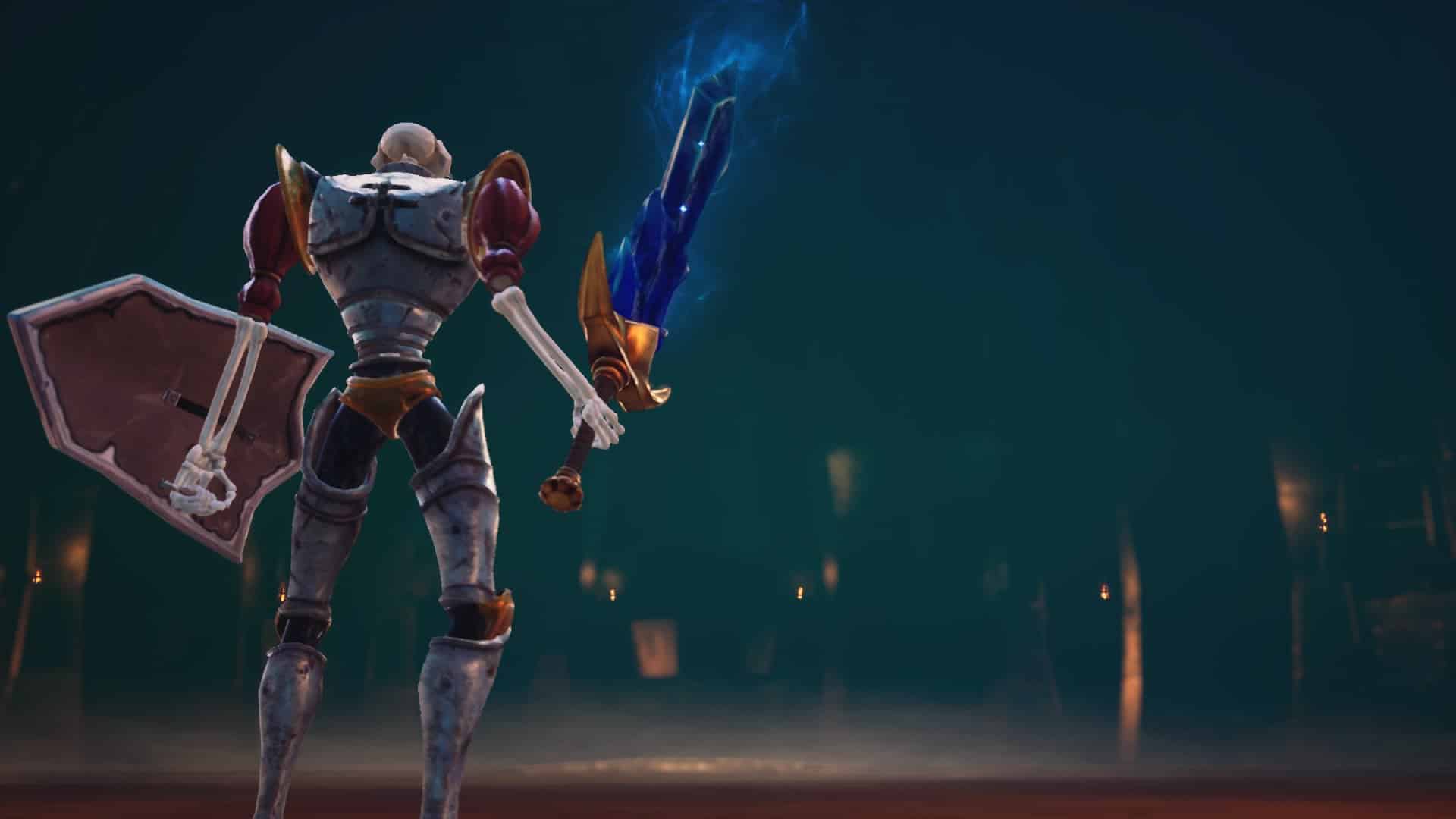 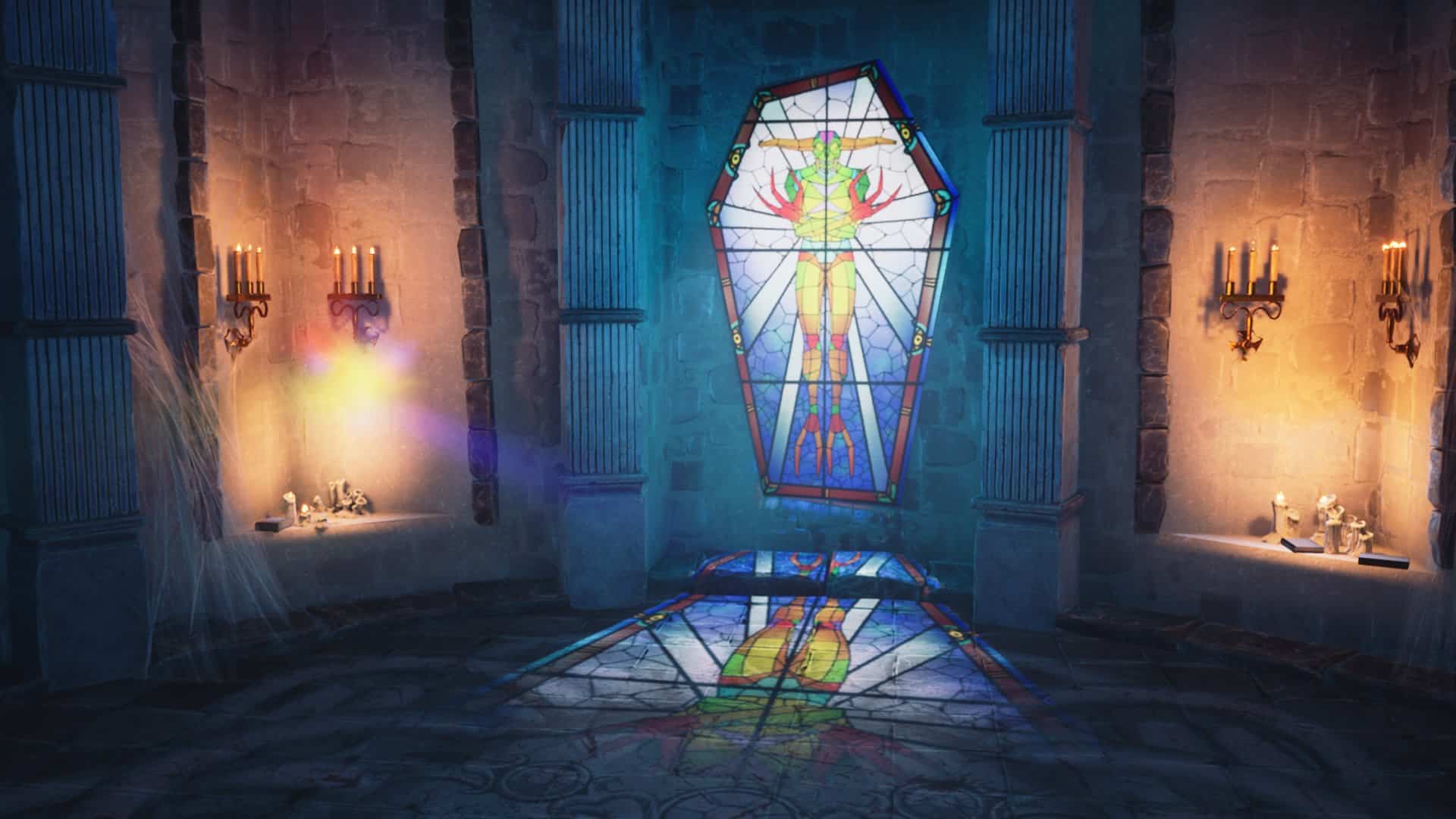 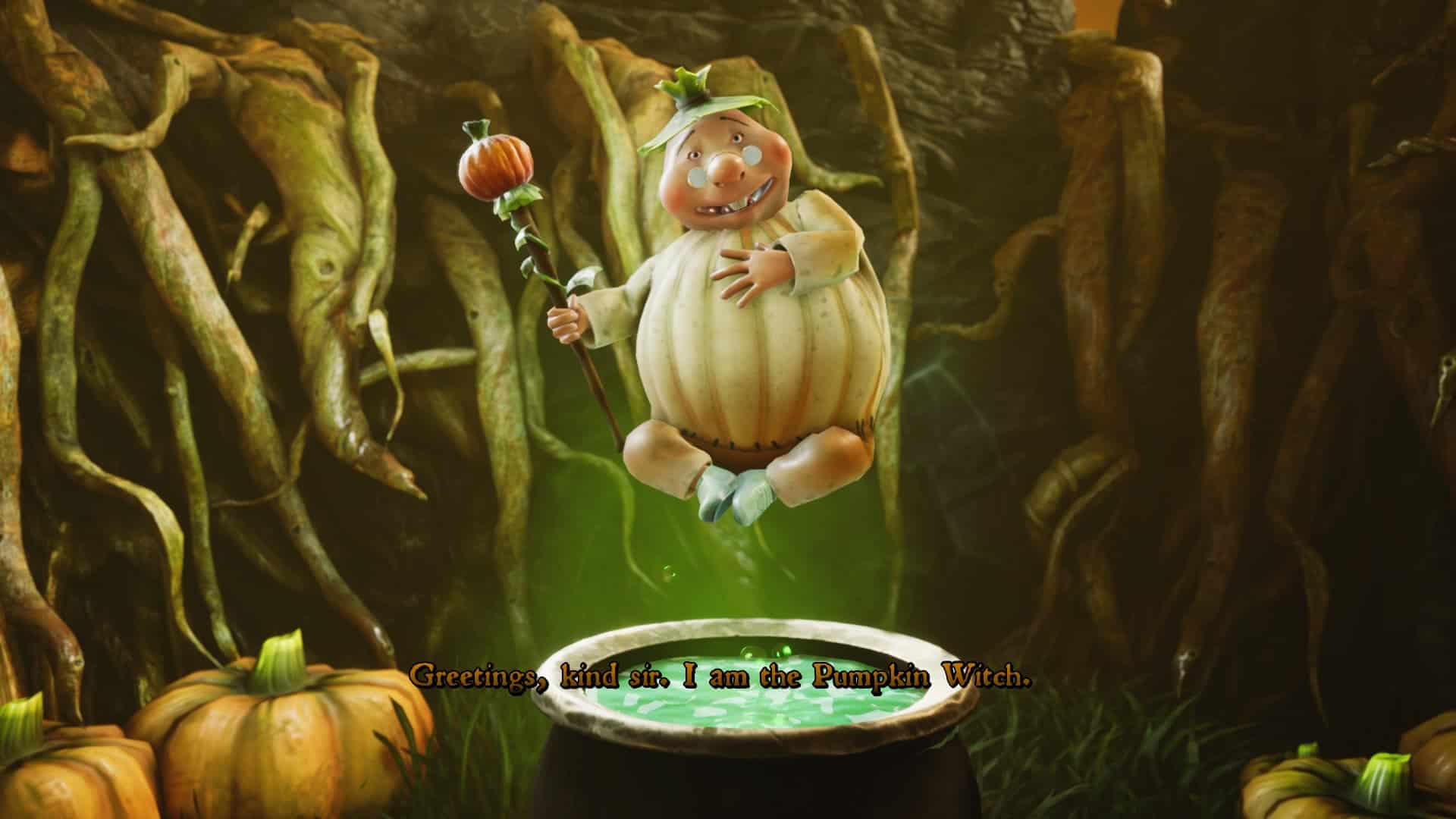 “No matter the polish and shine in its graphics, MediEvil still feels like a dated game.”

Now, for the not so great. I’m going to be clear, I haven’t played the original MediEvil. Comparisons aren’t going to be perfect here naturally, but I can still see it’s glaring, archaic issues that have found their way into this remake.

As you journey across the world of Gallowmere you’re faced with a world map in-between levels. It’s pretty in design sure, but when I need to go back and forth between levels, navigating the map is tedious. For example, at one point I found myself needing to go to earlier levels to hoard up on those precious life bottles. Opting to go to one of the earlier levels meant snaking through branching paths of the past 20 levels I’d seen before. I understand the appeal in the map but really could’ve done with easier access in this regard. Just let me access specific levels on the fly if you really want that replayability!

I think another issue I have is just that, no matter the polish and shine in its graphics, MediEvil still feels like a dated game. I’m not only talking in regards to its awkward platforming either; a big glaring issue is the camera work. The developer clearly tried to fix this to the best of their ability. However some levels have fixed cameras in spots that really don’t benefit them. There’s also a new over-the-shoulder camera mode called ‘Dan Cam’ that hoped to be a fix to some of the game’s original issues in this regard. Instead, it plays weird, feels clunky and only really provided a nice opportunity for getting some sweet screenshots.

The game is enjoyable to play, without a doubt. I enjoy the hack ‘n’ slash nature of the game and earning great loot. However, it’s still clear how this is a remake of a game that was of the early bunch to have these ideas. This wasn’t renewed or refreshed at all in this 2019 version. Going back and forth between levels and your hub world, while fun at times felt like I was going through the motions. 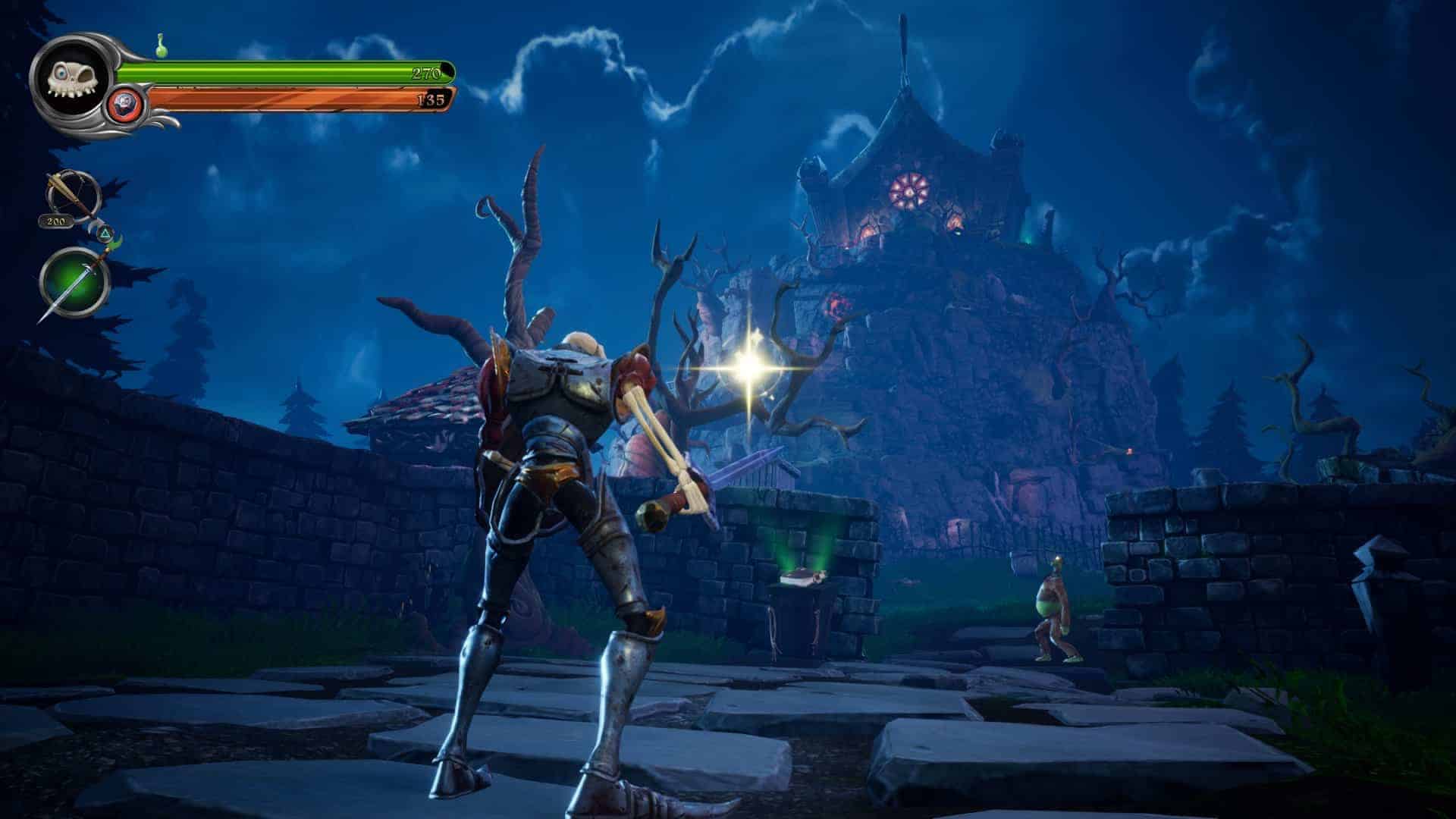 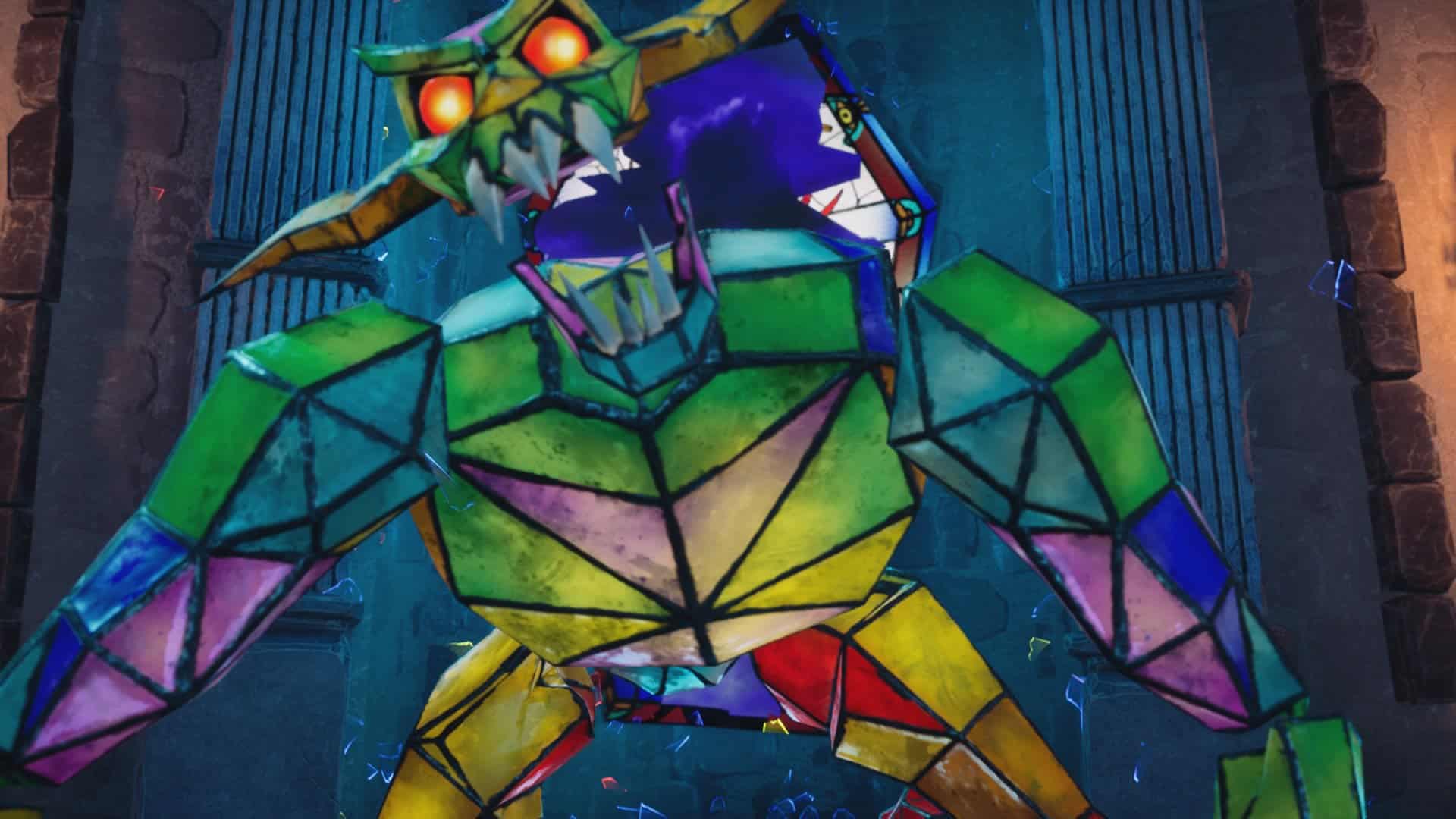 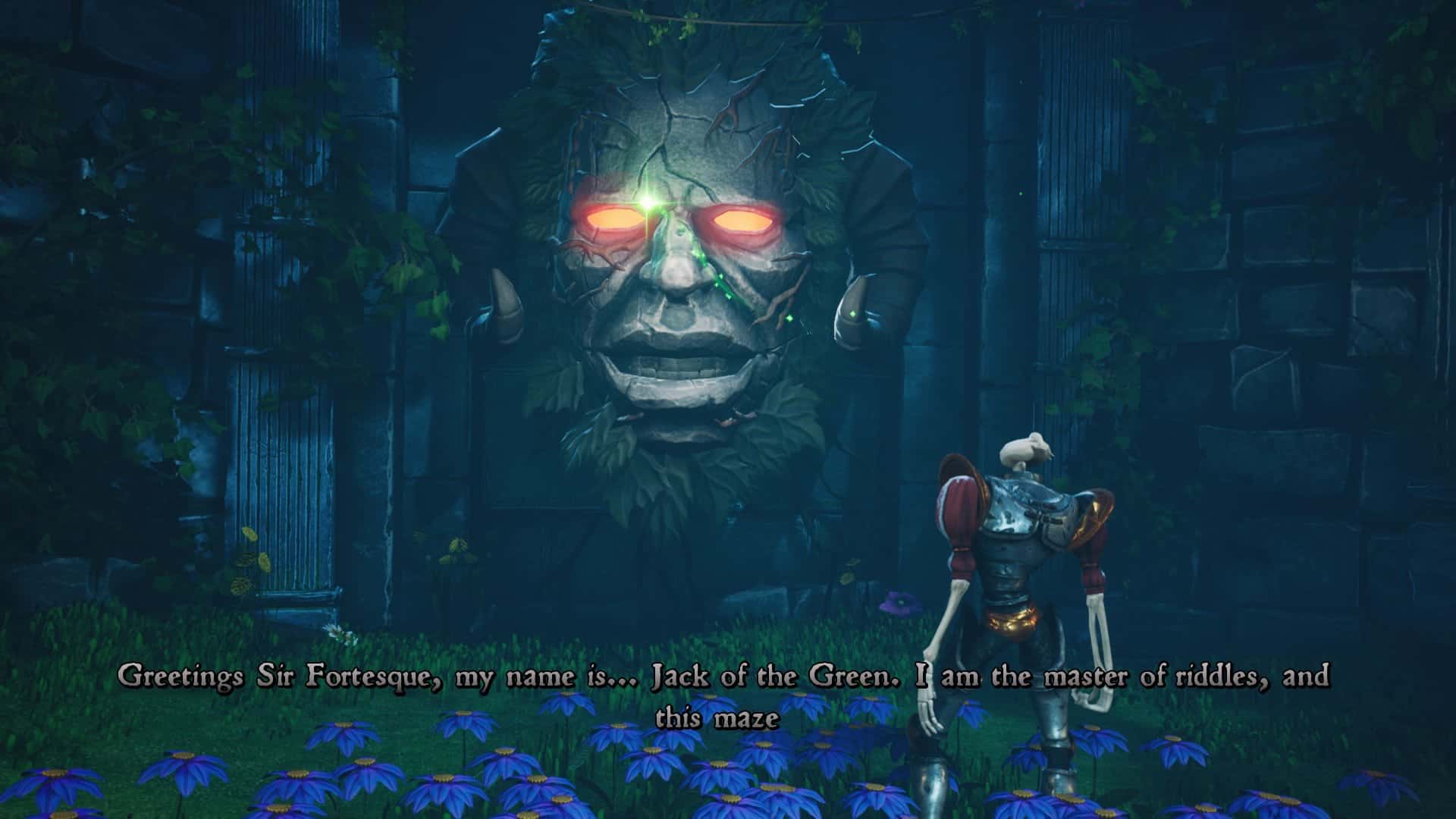 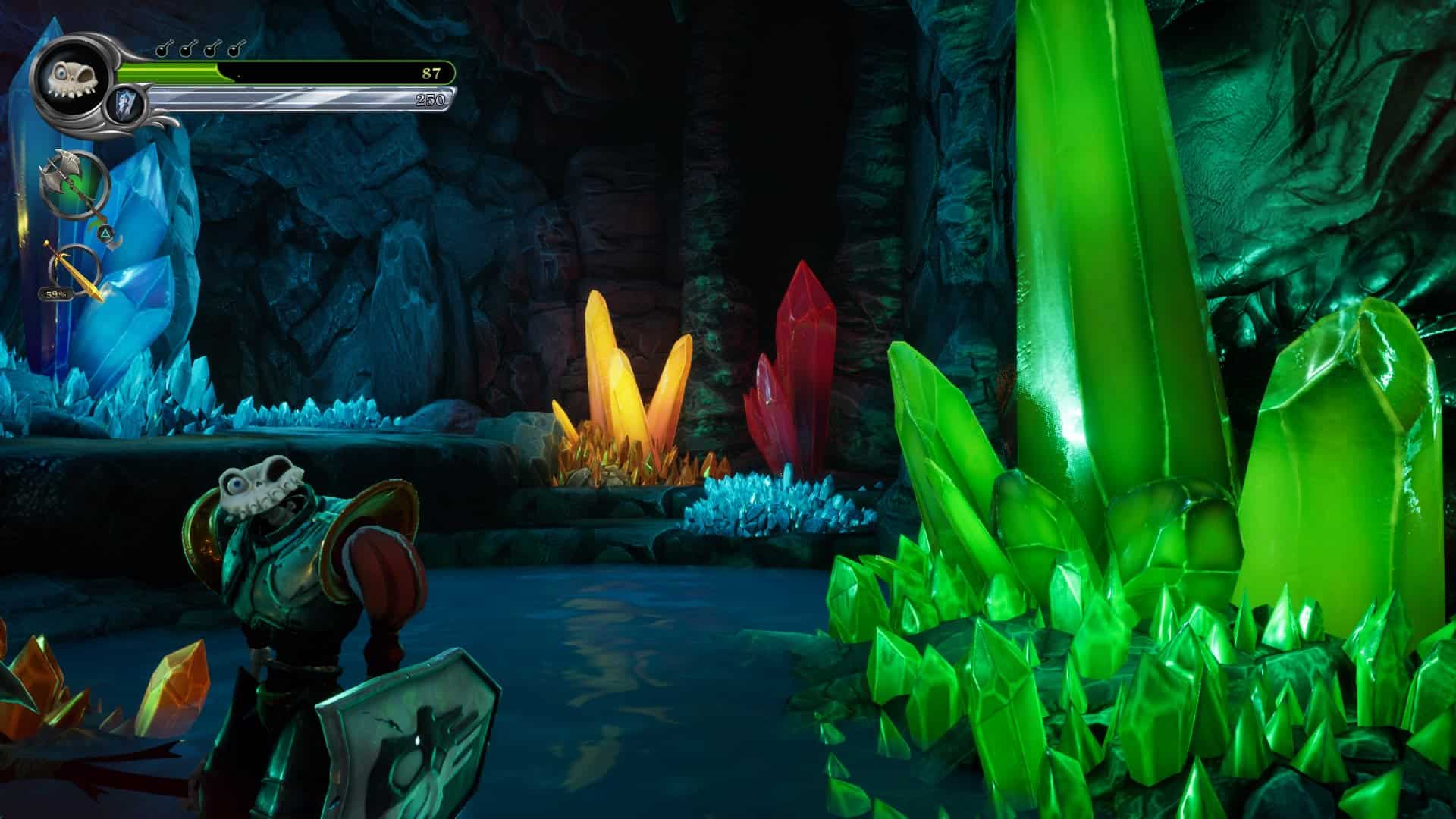 In short, MediEvil is an aggressively mediocre remake stuck in its own ways with its dated sensibilities. I can’t imagine many enjoying this game without noticing its glaring flaws. That being said, it does make for a fun palate cleanser as it’s a shorter experience and has a fun spooky atmosphere. If you’re keen for a spooky themed game for Halloween then look no further than this remake. Just beware, the road will be rough and don’t expect a Resident Evil 2 Remake level of quality.