The Outer Worlds is a corporate space-opera of witty proportions. Obsidian Entertainment introduces fans to a brand-new universe across several strange planets and vibrant characters. The first-person role-playing game aims to be much like prior efforts, yet with Private Division under the publishing helm. Leonard Boyarsky and Tim Cain are both onboard and players are dying to taste their unmatchable game design. While this is another Sci-Fi RPG with many concerns, the brand is loyal to remarkable characters and story.

As tradition, the story follows a ‘chosen one’, awoken from cryosleep by mad-scientist Phineas Welles. In this alternate timeline, society is governed by extreme capitalism and organisations. Product endorsement, town sponsorship, and scarce necessities dictate how everyone thinks, behaves, and lives. Welles is quite sick of this life and aims to awaken the entire colony without approval from overarching watchdogs, The Board. The player’s job is to help get the colony vessel Hope to the Halcyon system and shake up the state of the universe.

Character creation immediately opens several ways to play. Permanently allocating points to three main attributes of Body, Mind, and Personality set an overall playstyle. Significant hinderances and bonuses will come from min-maxing; for instance, a below average Temperament means a character will not naturally regenerate health. High Perception provides a huge critical bonus to ranged weapons and low Strength will do no melee damage whatsoever. Immediately, The Outer Worlds allows players to role-play without feeling trivial.

Skills compliment attributes with upgradable stats that define dialogue and combat options. In the usual Fallout ‘SPECIAL’ fashion, each level-up gives a handful of points to assign to seven skills; Melee, Ranged, Defence, Dialogue, Stealth, Tech and Leadership. With high Dialogue and Leadership, the entire conglomerate can be taken down by sly talking… or maybe a full-on, bloodlust for capitalist pigs is more appealing.

While zooming through quests with high Intimidation feels imposing, the ease becomes stale after only a few hours. Whereas, upgrading Melee and Defence don’t feel powerful without a fair amount of focus. Perks are awarded every two levels or by opting for a character flaw, providing another layer of customising proficiencies. Regardless, a lack of balance teeters gameplay down similar outcomes.

The Outer Worlds falls fearsomely with controls and clumsiness. Full disclosure, these experiences on consoles may be non-existent with a mouse and keyboard. Melee combat is weak and unsatisfying with stiff control­­s and a hopeless dodge mechanic. Swinging weapons left and right with no rhyme or reason, blocking occasionally without real timing, is terribly monotonous. At least range weaponry is serviceable, each critical headshot impactful despite foible aiming. Time Dilation is basically Fallout’s VATS system without being too intrusive to combat. Unsurprisingly, the controls mimic the design of Creation and Gamebryo engine of Bethesda’s janky classics.

“Lazy oversights plague the clear passion behind this game.”

Menus and inventory management are unforgivingly annoying. There is an excessive amount of inventory, skills, stats, maps, and journals to explore with a controller. Shoulder buttons swap through sections and between sub-menus which takes adapting. Managing loot and comparing items with sluggish controls kills the flow of gameplay, particularly when an intense firefight calls for consumable boosts or heals. Hovering over weapons or armour to compare stats covers others from view and purely feels overlooked.

Lazy oversights plague the clear passion behind this game. Players are unable to remove companion’s headgear and weapons will get stuck when trying to equip new ones. The cursor on the in-game map is painstakingly slow and only one quest can be tracked at a time. Talking to NPCs and holstering guns are mapped to the same button, raising the heartrate often in guarded areas. There is sore lack of an FOV slider and full key-rebinding on consoles. It’s disappointing and seems languid to have so many errors and omissions.

Salvaging, selling, and taking groups of items ask for a hold-down button press. An action wholly obsolete when tapping the same button is usually much faster. Similarly, lockpicking doors and crates require a tedious hold-down like a dull mechanic of yesteryear. In fact, thirteen-year-old The Elder Scrolls: Oblivion, among many other immersive-sims, at least ask for meaningful lockpicking. This is purely vexing and damaging to overall gameplay flow.

Where this space voyage really shines is within writing and character. The main goal isn’t much to sing home about, yet it serves as a vehicle for entertaining side quests. Learning about ADA’s eerily sentient systems and destroying the self-centred dreams of Anton Crane are extravagantly amusing. The voice acting is superb and compliments excellent dialogue and humour. Unlike the blatantly corporate mocking narrative of Borderlands, the sharp wit validates Boyarsky and Cain’s veteran writing.

The diversity of the cast and their roles in the adventure is inspiring. Many people of power are women of colour with deep backgrounds and stern values. Funnily enough, many foes of the game are single-minded, white males with nothing but egotism and greed in sight. Games have come lightyears since the days of bland, army-men characters and The Outer Worlds generously pokes fun at it, praising inclusivity. A wide cast of fascinating personalities really is out of this world.

Companions serve as inspiring motivators to complete intricate storylines. For instance, Pavarti’s sundry backstory deepens her naive surface. The usually bubbly mechanic opens up about asexuality and a tragic past of discrimination and confusion, a sombre tone that stands out against the cynical and comedic tone. Helping with relationship advice is undeniably heart-warming and praise to the writers for their respectful representation of sexuality and diversity. Players will certainly bond with companions and find favourites, like the nostalgic stories of Knights of the Old Republic and Dragon Age.

The questing system and freedom of choice provide brilliant tales. Murdering a supposedly main character or simply ignoring certain companions won’t break the adventure. Killing off Glady’s early in the game means players won’t be able to buy their way into Byzantium, though alternate routes with new challenges will arise. It’s a testament to dynamic quest and story design of The Outer Worlds, setting it apart from other FPS RPGs.

Environments of the Halcyon system are pretty but can feel empty. Visually, everything is above expectation with vivid alien grasslands, gloomy industrial areas, and bustling space stations of varied faces. Searching inside buildings and chatting around the central hubs are great and part of The Outer World’s appeal. Unfortunately, the world outside of the main towns are lifeless shooting galleries with scattered basic enemies. Despite the abundance of fauna, these zones feel soulless. Sure, deriving a story from legless corpses and trashed campsites is exciting, though after the fifth or sixth time the shallowness is apparent.

Often sound effects are tinny or muddy when they shouldn’t be. Footsteps across the planes of Emerald Vale sound flat and the impact of bullets against different surfaces don’t hit right. Tests using high-quality headphones and television speakers output no different. Luckily, the music is orchestic and rousing, not suffering from any problems. Scenes are set with matching scores and levelling up is grandiose. 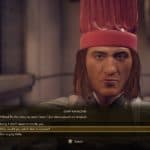 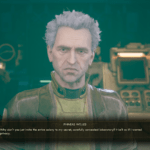 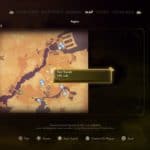 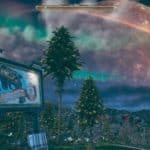 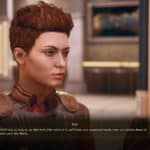 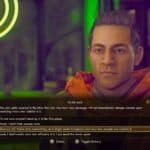 The Outer Worlds is an immersive universe with imperfect systems. The intuitive space-megacorporation setting, the vast range of amusingly brain-washed personalities, and an impeccable sense of hilarious game writing deserves acclaim. Interacting with the Halcyon system and its conglomerates feels like an episode of Cowboy Bebop or Firefly at times. However, dreadful execution of controls, obvious oversights, and painful UI choices make the experience a drag. Obsidian Entertainment chiefly built a space version of Fallout: New Vegas with better graphics and characters, ignoring its glaring flaws. Wiping away the grease, there is still fun in this astro-capitalist voyage. The Outer Worlds is a jaunty adventure with not-so-hidden contract clauses that roughen the journey.