Age of Empires II: Definitive Edition Review – A classic in an updated jacket

Age of Empires II: Definitive Edition is a real-time strategy game developed by Forgotten Empires, Tantalus Media, and Wicked Witch, and published by Xbox Studios. The original version of Age of Empires II was released in 1997 on Windows and developed by Ensemble Studios. The freshly released definitive edition offers a remastered version of the game with updated graphics, modernised gameplay, and a set of new campaigns and civilisations.

If you played Age of Empires II back when it was released in the late Nineties, you’ll be in for a nostalgic treat. The Definitive Edition includes all the content from the original 1997 release and all expansions released over subsequent years. More content has been added with the The Last Khans pack, adding civilisations like Bulgarians, Lithuanians, and Tatars to the mix. The Definitive Edition now contains 35 civilisations and over 25 campaigns – in other words, more than enough content to keep you engaged for hours.

When it comes to the game’s core premise, the end goals and core gameplay haven’t changed. You choose a civilisation to play as, build up your base and gather resources, and battle it out with other civilisations in a bid to emerge victorious. Similar to later strategy game series like Civilization and Total War, you’ll have to create a city where you can harvest resources, train units, uncover unexplored territory, and defend your own territory as your campaign unfolds. Depending on which civilisation you choose to play as, you’ll have different perks and drawbacks to work with in battle. 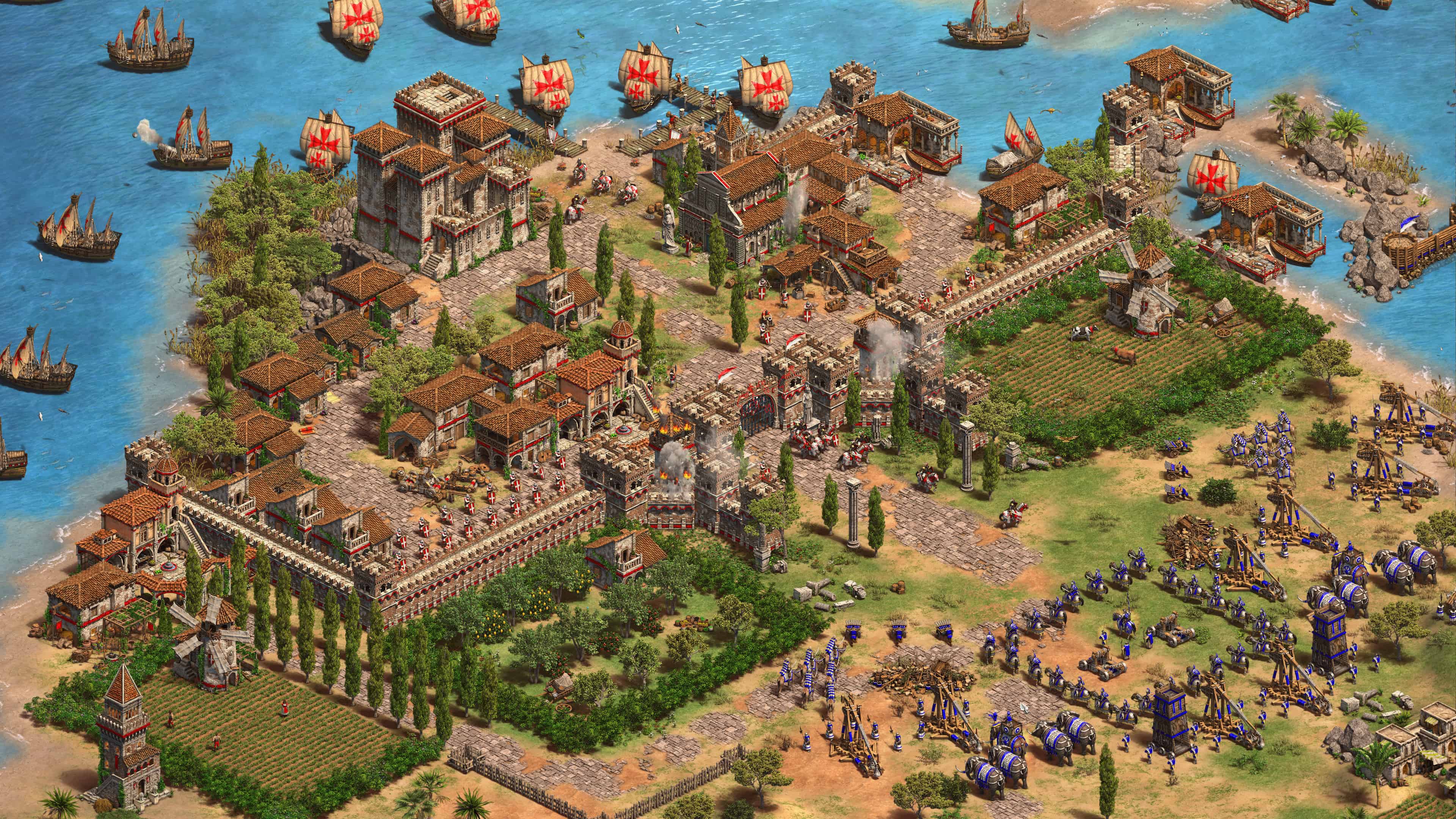 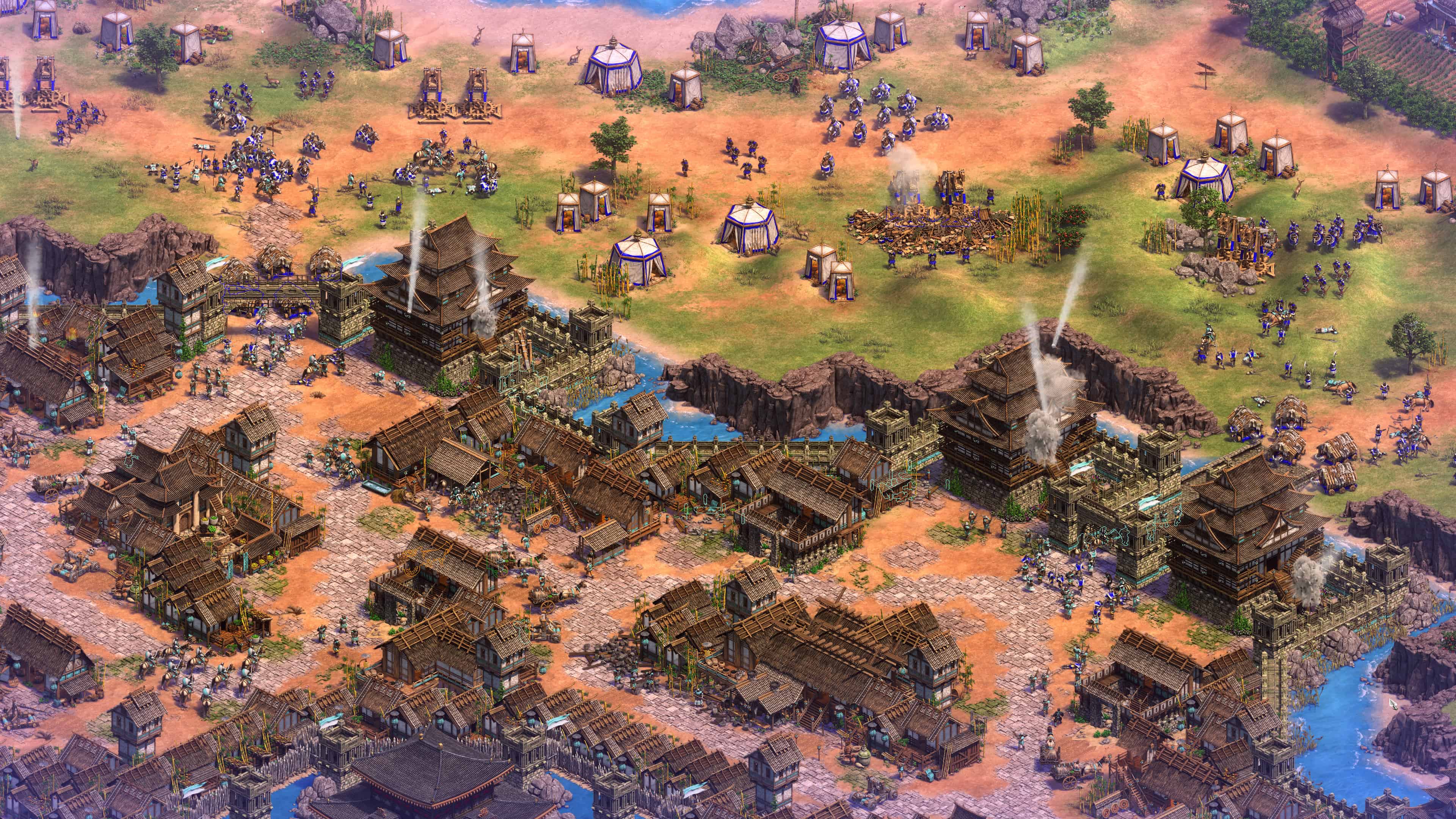 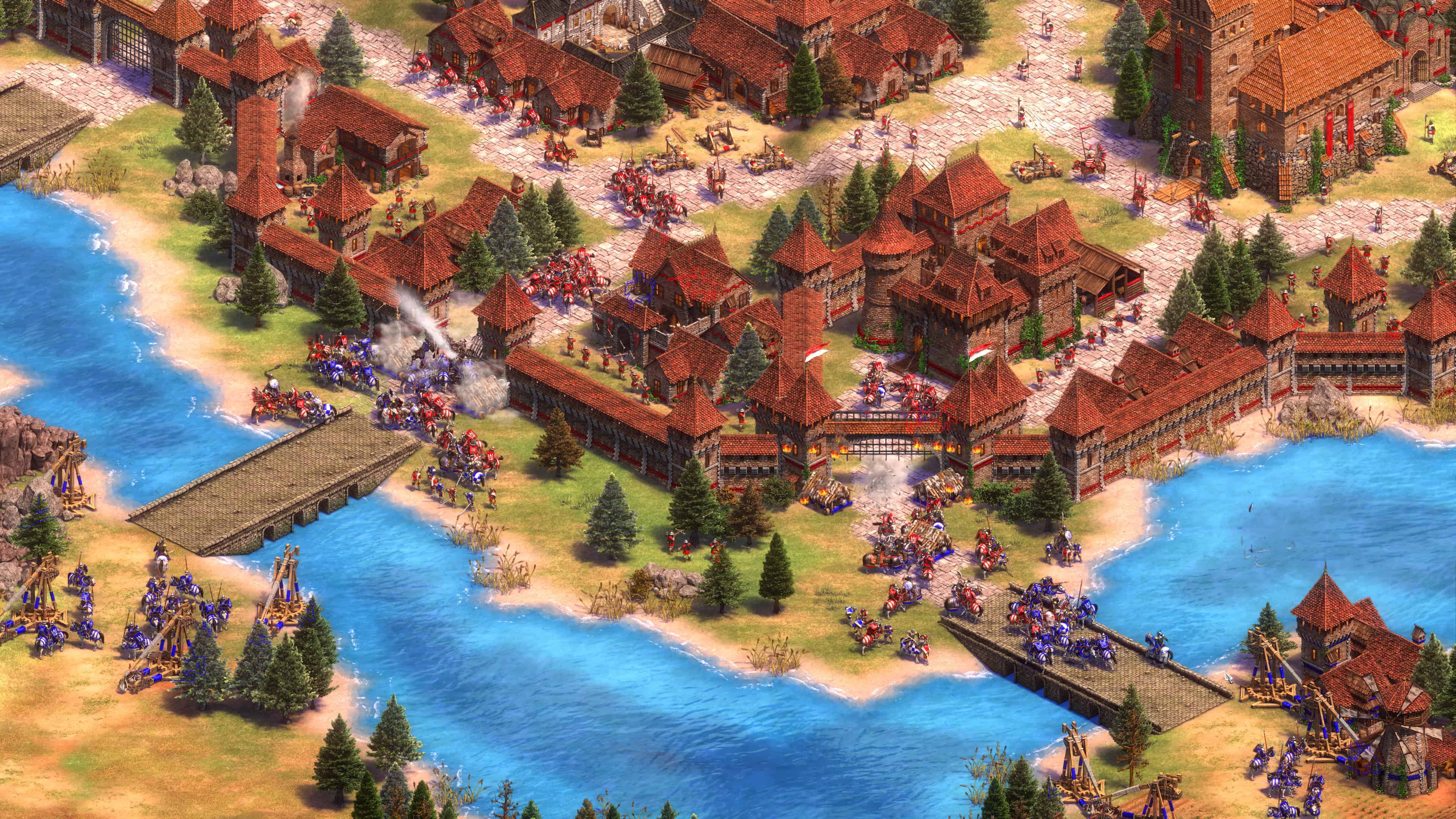 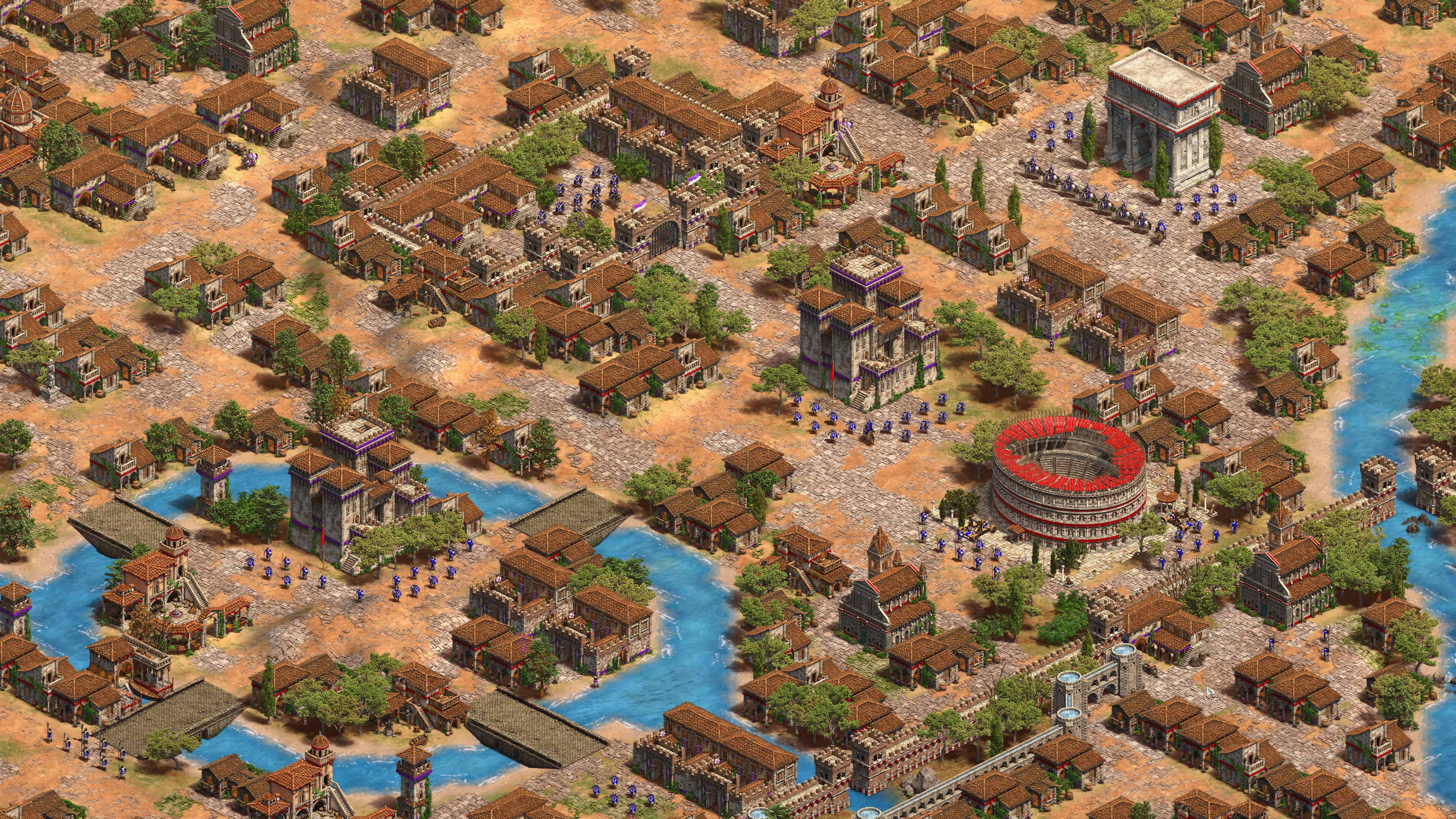 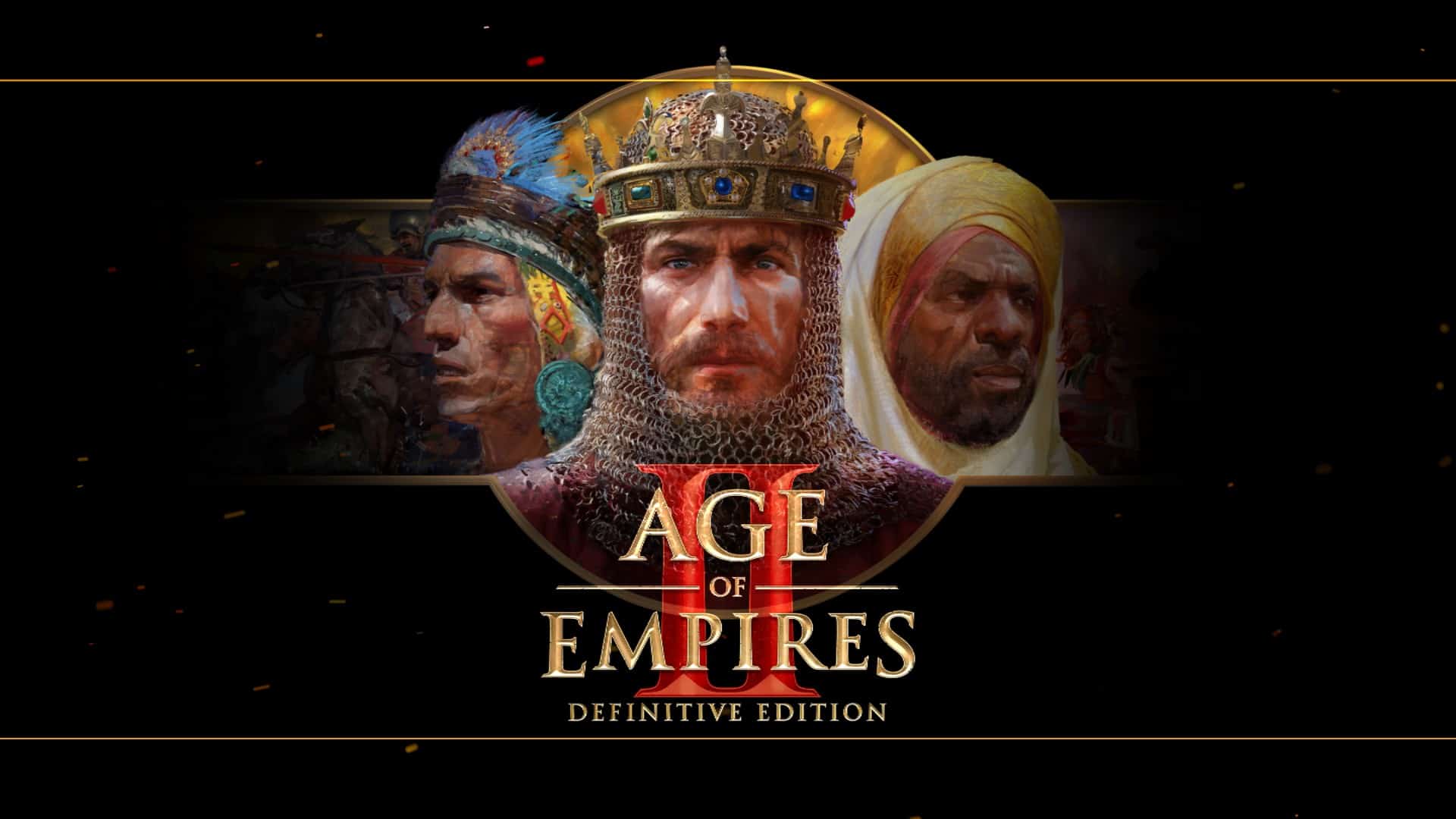 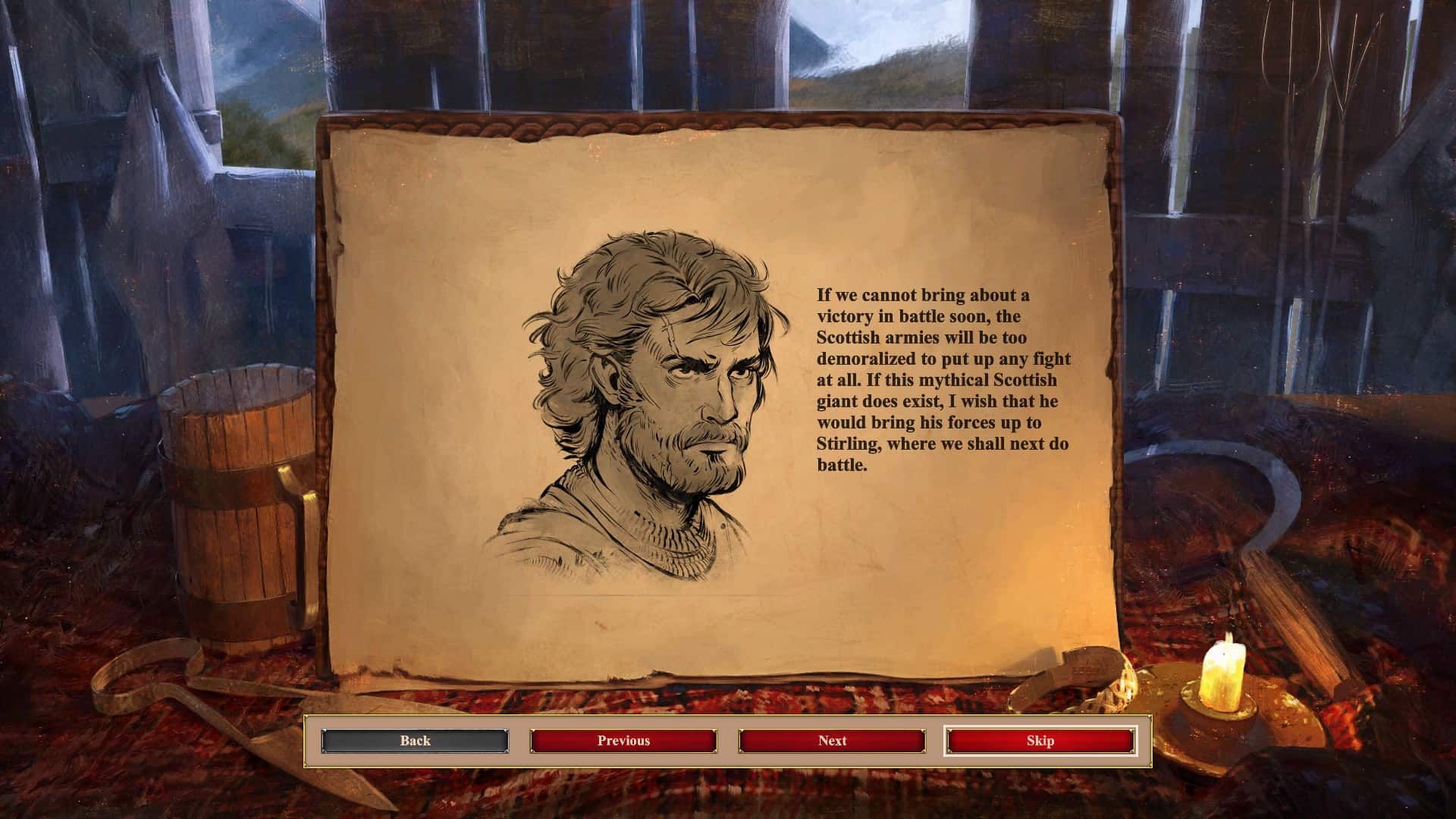 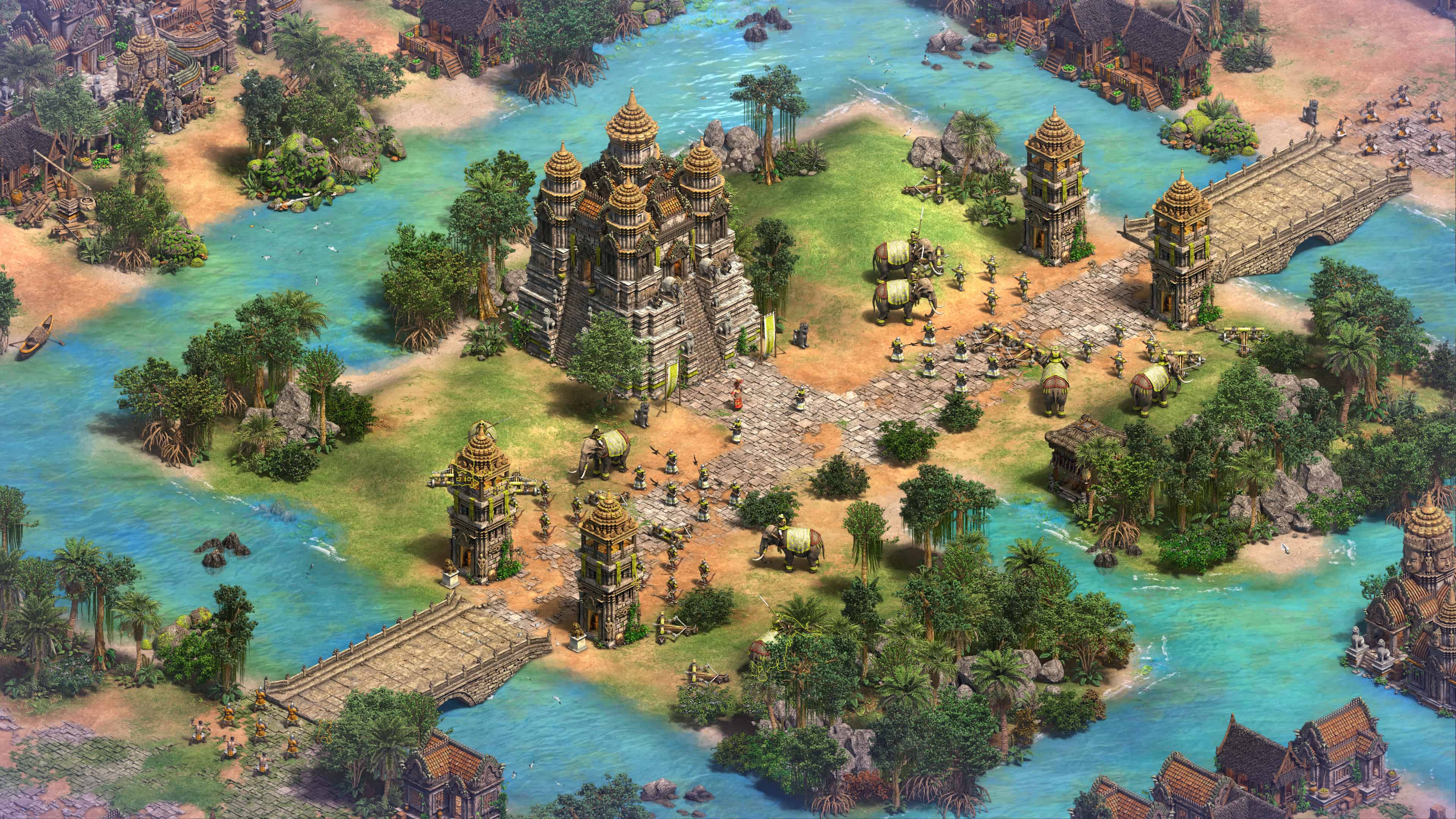 So what’s different from older editions? To Age of Empires veterans, the look and feel of the interface will certainly be familiar, but units, settings, and animations have been given a 4K facelift, and the audio has been given a refresh as well. While these updated graphics and sounds feel much more refined than those in the 1997 predecessor, and the game runs more smoothly, the overarching feel of the game is still quite old-school. While I enjoyed this as a long-time fan, I can imagine that for new players this might be a deterrent; next to modern releases like Total War: Three Kingdoms or Civilization VI, Age of Empires II: Definitive Edition certainly shows its age.

“To see an RTS game with core mechanics still enjoyable more than a decade later is impressive and speaks to the timelessness of the game’s core premise.”

These changes may be subtle, but they make the gameplay smoother and more straightforward. For example, a global queue has been added to the top left corner of your screen to see which units are being developed, you can now zoom in and out on your screen, and you now have the option to replant seeds automatically on farms after the crops have been harvested.

Each of the changes made for Age of Empires II: Definitive Edition feels relatively minor on its own, but once combined with other updates, they make a major difference. Once you get stuck into a campaign, it feels like a lot of manual micromanagement has been streamlined, freeing up more time to think about your overarching tactics rather than fiddling with small details. This is a good thing, because these gameplay mechanics combined with the new campaigns are definitely worth a playthrough for hardcore strategy fans, whether you’re new to the franchise or an old hand. A thorough set of tutorial campaigns first included in the 2013 HD Edition is also featured in the 2019 release, making the game accessible to complete beginners. Playing as the Scottish William Wallace, you’ll raise an army from scratch to defeat the English and learn more about every aspect of the game as you progress through each tutorial campaign. Once you get the hang of the basics in Age of Empires II, the Definitive Edition also features a set of additional ‘Art of War’ challenges. These achievements can be unlocked through playing the game at a higher level and trying out different, more advanced strategies.

With all that said, Age of Empires II has been around for twenty years now, and the game inevitably feels somewhat archaic next to its modern counterparts in the genre, even when taking the new content into account. However, considering the thriving community surrounding Age of Empires II – even after two decades – it’s easy to see that enticing new fans is not the point of this release. While the user interface and gameplay might feel visually outdated in places, the core gameplay mechanism in Age of Empires II still works well twenty years on. The fact is that this game is a colossus in the genre and it made a massive impact after it was released. To see an RTS game with core mechanics still enjoyable more than a decade later is impressive and speaks to the timelessness of the game’s core premise.

If you’re a strategy fan wanting to go down memory lane, or a new strategy gamer with a soft spot for history wanting to try a classic, Age of Empires II: Definitive Edition will be a great match for your library. With updated graphics, a set of interesting challenges, excellent RTS mechanics, and at an accessible price point, Age of Empires II: Definitive Edition is well worth picking up.