What makes this particular model of computer so special?

The Commodore 64 is one of the most legendary and successful computers of all time. This was a time before there was the IBM compatible standard (which we know as PC today) and there was no compatibility between computer models. It launched all the way back in 1982 with a spectacular 64kb of RAM it dominated the home computer market selling in excess of 2 million units per year. At the time its graphics and sound were exceptional compared to consoles and other computers. Technology moves fast though and with the release of 16 bit computers, including Commodore’s own highly successful Amiga 500 (which is a legend in its own right) featuring user friendly Windows type interfaces and stunning graphics, the Commodore 64 was obsolete by the end of the 80s and finally discontinued in 1994 when Commodore itself went bankrupt.

Despite all of that, the Commodore 64 has always had a truly unique and dedicated community behind it. It was supported with magazines well into the 90s as its fans programmed new games and applications. This passion made the leap into the internet age in the form of fan sites and communities. Even today the C64 community are still as passionate as ever programming new games and porting popular games over to the platform on a regular basis, pushing the machine to its very limits. Taking all of this into account, I can understand why out of all the famous computer models, it is the C64 that gets to live a second life on store shelves thanks to Retrogames Ltd.

That said although its legacy has never been in doubt, at the end of the day this is 38 year old tech.

In the box you get a full size C64 keyboard, C64 USB Microswitch Joystick, HDMI cable and USB power cable plus AC Adapter. I would suggest plugging into your PC monitor if you can but if thats not possible TV is perfectly fine. The Keyboard is the star of the show for sure, it’s a nice weight and feels well built. The keys have a satisfying classic feel and resistance plus they make a great sound as you tap away and thump the enter key. The Joystick I’m not so much a fan of, I understand it is a faithful reproduction but it’s very loud for one thing so it is going to annoy the other people in your home and it’s very stiff. It requires a second hand to hold it down whilst playing. The manual said you can play games using keyboard or joystick but in my case I couldn’t get the pre-loaded games to work that way.

Those that had one when they were a kid or own one now are obviously fully aware of what the C64 is and how it works. But for those considering picking one up for the first time it’s important to truly understand that this is a faithful reproduction and although it has a modern interface for the pre-loaded games (more about those later) you need to understand just how different computing was in 1982. This really is old tech, back then there was no such thing as a GUI, there was no Windows and no mouse – this bad boy runs Commodore Basic.

In 1982 it was essential to have a basic understanding of computer programming to make a computer work and that applies here as well. The pack in manual is very light on detail so it’s essential to read the full online manual, or for fun find a scan of the original manual and work through the exercises to understand commands and basic programming. There are also loads of old VHS tutorials uploaded on Youtube and I must say some of those are really fun and are actually helpful.

In those days you could get programs by buying them pre-made like we do today, code them yourself or buy magazines featuring type-in programs. Type them into the computer then save them to floppy disc or tape for later use. Because of the dedication of the C64 community literally thousands of magazines and books have been preserved and are easily found. I found a few of these, put my 1980’s goggles on and spent a few days doing some of these programs. I had an absolute blast.

Let’s be clear, prior to now I have never coded anything in my life. But spending a few hours typing a program in line by line, checking as I went then getting to the end and typing “Run” to see if it worked was awesome fun. Sometimes it worked, sometimes it didn’t and I got to troubleshoot my own programs; getting those to work felt rewarding. With a bit of experience you will get to know the bits you can change and customise the program for yourself. If I can do it, anybody can, I definitely recommend trying this out.

Start with some simple graphics demos (tip: use the original manual to start off with) and games to understand how they are structured then move on to something more complicated from the vast library of preserved magazines and books online. Obviously the programs can range from a few lines to literally hundreds and managing to get a long program to work as it should I really enjoyed. Remember that old mobile game Snake? There is a type-in program for that which will take a couple hours but when its done and working you will have a two player version to take on a friend. Featuring a title screen and player names, knowing I had programmed it myself added something special to that game for me.

If I had been around at the time and had one of these I would definitely have been one of those people buying mags and spending hours typing in the programs after school/after work. I was having visions of what it could have been like in the 80s, getting the latest mags and trying to type in the games so they were ready for when my friends came around. Fortunately with the new C64 you can just pop in a USB stick and save/load there or find games or programmes on the internet, save it to USB and access them that way.

The Commodore 64 did have a reputation for being a great gaming machine and is estimated to have in excess of 10,000 titles available, which is insane but true. As is customary for re-releases the C64 comes pre-loaded with 64 of the more well known titles from the era, I wont go through all of them here but you can find the full list on the official website. Just to be clear, I never owned one of these so there was no nostalgia hit for me.

From a gaming standpoint, graphically they are a step up from the Atari VCS era but a step behind the NES, gameplay wise they lack the accessibility of modern games and it’s best to locate and read a manual before playing. They range from platform titles such as Impossible Mission to sports titles such as California Games and Winter/Summer Games. Having spent a few days programming I had a new found respect for just how much work would have been involved in making these games at the time. I found the sports titles were pretty playable overall but some of the racing games such as Super Cycle and Pitstop II I found pretty much unplayable with the joystick.

For me there were a couple of standouts such as Boulder Dash and Chips Challenge that were fun but the majority of titles I personally thought were near unplayable and nostalgia lens aside, games are either fun or they aren’t. In some ways though the included games can be considered a sampler of sorts to get you started. Because you can load from USB you aren’t restricted to the pre-loaded titles which means if one were inclined they could find a list of recommended gems elsewhere, load them up and give those a try. I tested this function with a couple of modern ports and had much more fun playing those. 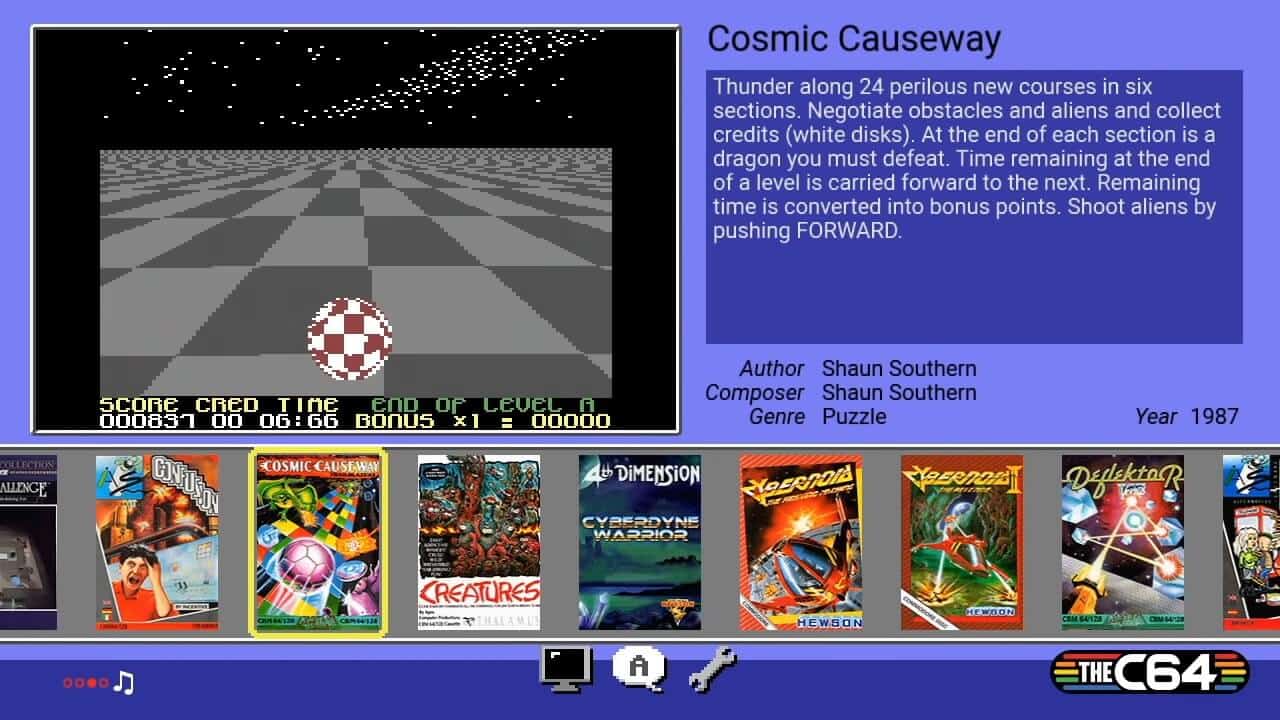 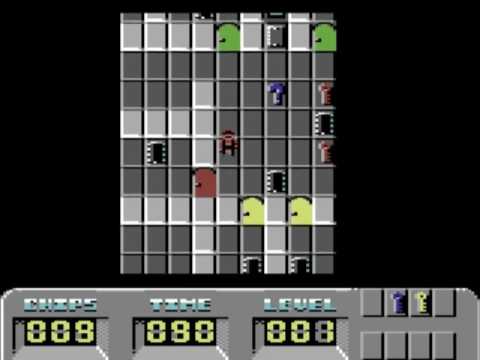 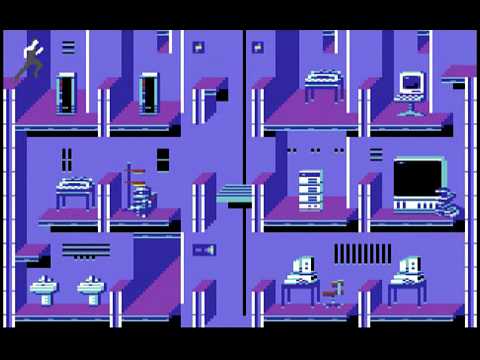 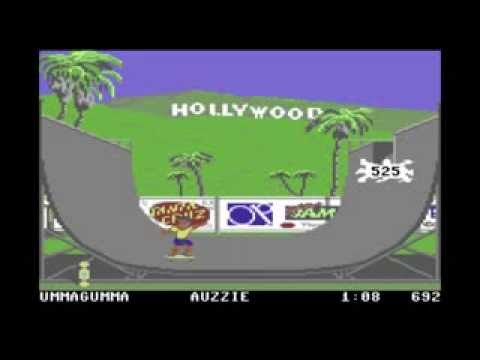 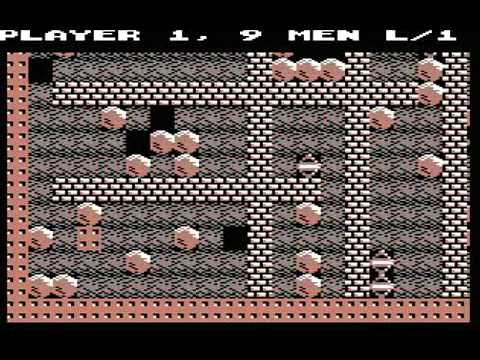 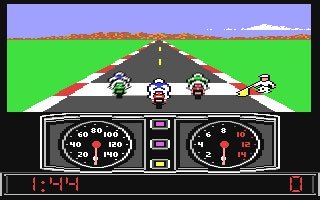 Fortunately the C64 is much more than just a set of pre-loaded games, it is a ticket to be part of one of the most dedicated and longstanding communities in computer gaming history. Giving you access to decades of lovingly created software and vast libraries of programs that you can type in yourself. It is an opportunity to experience what really was the genesis of home computing and bedroom programming.

Sure, you can still find an original Commodore 64 in good condition for a reasonable price, but why bother with tapes and discs when you can pick up a fully functioning brand new C64 with USB and HDMI support. I never had one of these growing up, but I’m smitten with this machine, I am glad it exists against the odds and I’m glad I had the opportunity to get to know it. I understand now why it is the legend that it is and why there are those that still love it today.

I can now fully appreciate why Commodore 64 has the reputation it does and why it has such a dedicated community supporting it through all of these years. Sure, the pack-in games may not have aged as well as others from the era but really they are just a sampler to get you started on your C64 journey. Sure the Joystick itself is a little painful and loud. But spending some time typing in your own program from a magazine or book and getting it to run is way more fun than it sounds and is a quick way to lose hours and hours.

Because it has been so well supported by its fans over the last 38 years you have access to decades of homebrew games not to mention magazines and books that have been preserved so there is loads of content you can program yourself. It won’t hold your hand, it won’t tell you what you have done wrong or what it wants you to do, it wants to be programmed by you. I felt it was more than just a computer, it was my computer. This truly is a unique and special machine and I hope that today’s gamers take the time to get to know it.