Call of the Sea Review – It’s just you and me, old pal!

Out of the Blue Games

Call of the Sea reminds me of the 2017 film ‘The Shape of Water‘. Besides the surface level comparisons by way of the fact they both prominently feature fish people, the underlying themes of discovering oneself and embracing life is also a theme both of them share. Call of the Sea is a gorgeous looking adventure/puzzle game set in the 1930s, an often romanticized period of time where the world had been adequately modernized but still contained enough ambiguity to create mystery.

Set somewhere in the South Pacific, Norah is searching for her husband who has mysteriously disappeared on an expedition. Norah’s journey takes her to a faraway place filled with wonder as well as intrigue. The further you delve into the mysteries of the island, the more puzzling it becomes. Not to mention the actual puzzles you come across throughout the game, ranging from engaging conundrums to eureka moments of pure bliss. While the adventure remains a solitary experience overall, there are various letters and messages left behind from the expedition you’re so desperately trying to find. This does a lot of the heavy lifting in regards to the game’s narrative, but as you learn what became of the expedition and its crew, the more you’re pulled into discovering the truth.

The most striking element most players will first encounter is the art. Call of the Sea is absolutely stunning and the overall art direction is to be commended. While it’s easy to see that the game was no doubt made on a much smaller budget and team size compared to most triple-A studios, Out of the Blue Games really put their best foot forward in areas where they knew they would have the time and talent to create a fantastic looking game. I almost wish I was able to play this on an OLED screen, as the colour palette of the South Pacific is amazing to behold. Either way, the game still looks gorgeous and combined with the level design it makes for a truly captivating game to rummage through and explore.

The incredible art direction combined with the game’s puzzles also makes for a really great sense of place. Each level flows into the next rather seamlessly, or fades to black in the interest of time, giving the game really good pacing. Although depending on some puzzles you encounter, you may find yourself sticking around longer than intended. Specifically, two puzzles stumped me enough to leave me utterly confused for what felt like hours. However, when you finally do find the all-important solution to a puzzle, it really does provide you with that eureka moment. It perfectly encapsulates those feelings of being on a swashbuckling adventure, following in the footsteps of prior explorers who’ve laid the path for you. 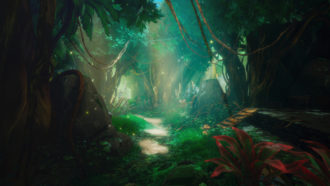 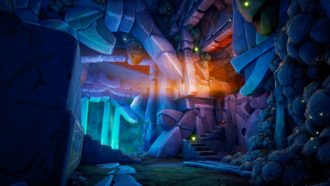 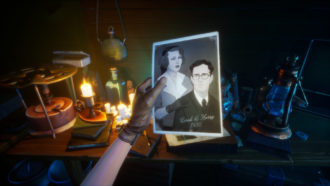 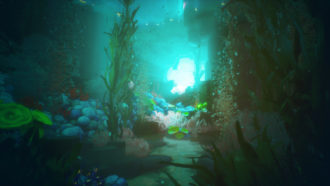 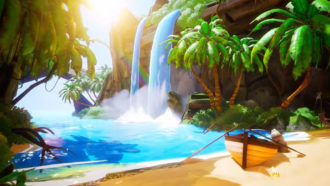 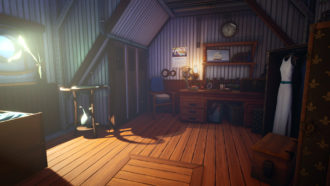 Cissy Jone, the voice actress who plays Norah, does a tremendous job at bringing this fish out of water story to life. The only negatives I could level against this game would be some of the narrative elements, much to do with the voice direction. At times it’s difficult to tell whether Norah is talking to herself or writing the events down in a journal post-adventure. While minor in terms of detracting from the overall narrative, it did stick out to me as a bit odd. Seeing as how you spend most of the game with just Norah herself, there is sadly the over-reliance of expository dialogue. This ties in with the voice-direction, as it makes these characters who would otherwise be completely endearing become mere mouthpieces of key information needed for either story context or puzzle clues. It’s a shame that the game doesn’t quite stick the landing in this area, but when viewed as a whole it becomes a minor annoyance at best.

Yuri Lowenthal plays Norah’s missing husband, Harry. While their interactions are fleeting and seemingly few and far between, their connection is undeniable throughout the journey. Their relationship really is the driving force as to why both of them find themselves in their current predicaments on a strange island in the South Pacific. While it would’ve been nice to see their relationship develop more over the course of the adventure, what is there is nothing short of endearing and adorable. The rest of the cast, while limited in terms of presence through the story, also do a phenomenal job in building out the world and helping to maintain the mystery of events.

“Call of the Sea is an endearing adventure that will have you intrigued from the very beginning of your journey.”

I first came across Call of the Sea during an Xbox event earlier this year, and I knew then that I wanted to be the one to check this game out. While overall satisfied with my time with Call of the Sea, I can’t help but be excited for what Out of the Blue Games tackles next. The level of quality that is on display is sensational, and with games seemingly getting longer and more bloated in recent years, the narrow and more focused approach of Call of the Sea is incredibly refreshing.

Despite a few nitpicks here and there, Call of the Sea is an endearing adventure that will have you intrigued from the very beginning of your journey. It looks incredible, while also having an incredibly well-rounded cast that makes for a more immersive story. The various puzzles are both diverse and engaging, making you feel accomplished and determined to press on with each one you solve.

Call of the Sea is a charming adventure that immediately hooks you through its period-appropriate mystery, that slowly builds intrigue and excitement. The various puzzles you encounter along the way are thoroughly engaging, while at the same time offering enough of a challenge to not be too easy or annoying. However, some puzzles are obtuse enough to sometimes pose a significant halt on progression. A help system would’ve been appreciated as an option for struggling players who just wished to continue the story.

Speaking of the story, while the overall narrative structure is solid and the voice acting of high talent. Unfortunately, the overuse of expository dialogue and strange tonal delivery leaves a lot to be desired. This by no means hurts the game in any significant way, but it does affect the overall investment players might have in the story and affects a very key aspect that I won’t spoil. Either way, the game’s art direction, and puzzles are truly a standout for this game and I highly recommend everyone check it out!