Myst Review – A remade classic for better and worse

The original Myst released, if you can believe it, twenty-seven years ago for the Macintosh personal computer. Since then, the game has reached all-timer status for how innovative a puzzler it was all those years ago. Naturally, it’s seen re-release after re-release and even remakes after remakes. Now, we’re seeing the classic puzzle adventure break new ground by jumping into the virtual reality space on the Oculus Quest. It’s been a long time coming, and it’s not without its faults, but the journey was worth it.

Bogged down by Myst and its obtuse puzzles

This remake of Myst sees things narratively 1:1 to the original. Discovering a bizarre book by the name of Myst, the unnamed character investigates it. In the book is the detailing of a curious Myst Island, full of secrets. Placing their hands upon the book’s final pages, the individual is transported to none other than this mysterious island. With a bizarre giant gear, sunken ship and observatory just some of the sights you’ll see on the island, the mystery thickens. Just what is that rocket ship doing there? What are these books that lie in a library? Who are these two brothers, quite literally trapped within the pages of a blue and red book, and why are they feuding? It’s up to you to find out.

From there, players will see themselves travelling between different worlds known as Ages, all with mysterious books serving as portals. The more time spent with Myst, the more you’ll see (especially if you’re a newcomer like me) that it’s still quite the tedious game. Sure, travelling to realms through interacting with a book seems simple enough, but you’ll often find yourself jumping through obtuse hoops to even get to an age, where equally difficult puzzles await. I know Myst is both beloved and loathed for its tedium, but a little more modernisation in the way you solve puzzles would’ve gone a long way.

The game will be missing a built-in journaling feature at launch. When this is already a game about remembering small details for later, this absence really, really hurts. It’d be okay if the puzzles weren’t so particular and confusing in concept, but they are. I first tried the method of screenshots to later re-observe, but even this required constant pausing of my game and backing out into menus. So, if you’re like me, you’re probably going to give up and resort to online guides, taking off that headset for a moment’s rest and to see a video walkthrough of what to do next. The fact of the matter is, the in-game journal being available right away would’ve prevented so much back-and-forth and kept me far more invested in the game.

There’s more interactivity in that, with use of VR controllers, you’re quite aptly simulated as the one actively turning the dials or punching in codes. This is quite novel and immerses you more than its prior point-and-click counterpart. Still, other puzzles such as getting a machine to play a specific melodic tune feel tired and unfriendly to those that are tone deaf, let alone hard of hearing. Myst is a game held so dear that it no doubt has its purists that’d throw their arms up in protest at the slightest of change – I get the hesitance in wanting to change too much. Yet that’s also where I think this version of the game will lose players. It’s so busy holding on to the past that it performs poorly in welcoming potential newcomers, something so inevitable when you put this game on a device like the Oculus Quest.

When I wrapped up Myst’s narrative, it was sort of worth it. Finally, I saw context for one of the more known and talked about twists in gaming. This in itself was cool, but I was so worn down by the time I got here that it hurt my enjoyment. I didn’t really grow to feel much about the brothers, nor care about their motivations, good or bad. That being said, the plot was captivating enough to enjoy seeing its conclusion.

Exploring the Ages, taking in the views

Where I found most of my fun in Myst was just in exploring and taking in my environments. Be it a flooded bayou area with tall trees full of treehouses, a mechanical island that features a rotating bridge or buildings under the sea, there’s plenty of scenery to admire. Despite not boasting too high a fidelity of graphics, environments still look quite neat and admirable in design. I imagine veteran players will also find joy in seeing their treasured puzzle game in a new light. Teleporting and walking around the worlds is quite fun, even with some clunky hang-ups.

“…It’s so busy holding on to the past that it performs poorly in welcoming potential newcomers.”

Teleporting around the map is so second nature in Myst, given the fact the original game is just a series of images that you click on certain spots to move to. Getting around is a flash, even if you get a bit of the good old getting stuck on walls that’s part of the VR experience.

Thankfully, comfort options are also on offer to remove some of the clunk and tedium that comes with traversing Myst’s world. Free movement can be toggled, whether it be walking or near running. Instant teleporting up to the top of stairs or ladder is a godsend. No one wants to manually climb up and down every single individual rung on a ladder or awkwardly teleport their way around a long winding staircase. No one.

All in all, the monotony that can come with some of the puzzles is, for the most part, worth it in Myst. Often, you’ll be able to walk slightly off the beaten path, hear the inquisitive music score and feel a real sense of discovery ahead of you. That’s something rare in games, rarer in VR titles which have largely historically been glorified tech demos. 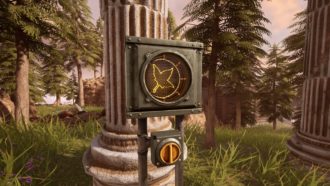 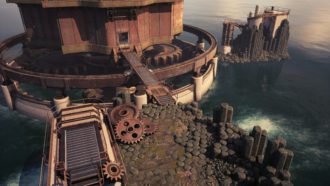 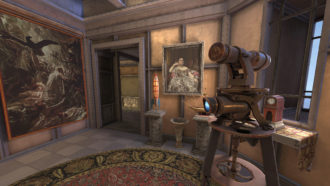 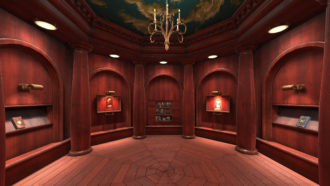 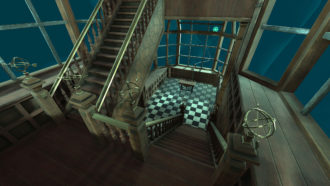 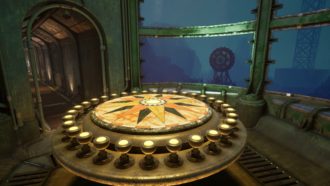 Even with all the ways Myst tested me and nearly broke me, it’s still a game I’m very glad I played. With its new VR sensibilities and technology that have been quite well translated from their previous delivery, I can’t help but feel I’m also playing the best version of a classic game, even with frustrating older tendencies.

Though Myst is a game that definitely lost me at times, it’s still a game I’m glad I got to play after all these years. After the long overdue crossing off of other classics like Super Mario 64 on my ‘to play’ list, this is another game that can join that party. I finally did it. I finally beat Myst.

At the end of the day, the VR version of Myst’s 2020 remake is a hard game to recommend broadly. It sticks so firmly to its previous vision that it’ll definitely test newcomers’ patience. However, find yourself positioned in the veteran category, with the game being almost muscle memory and it’ll feel like coming home with the addition of some new bells and whistles.

Still, if you’re looking for a game full of discovery and nice views as far as the eye can see, you could do much worse than investigating the mysteries Myst has awaiting you. Its jump to VR has worked out quite well for itself, and is a solid enough addition to your library. Explore Myst Island, if you dare.