Gnosia Review – There are some liars among us

The runaway success of Among Us last year proved that people love a good social deduction experience. The unique online take on the classic party game Werewolf works so well because of the ability to share your thoughts on who is lying, try to decipher who the imposters are and cross your fingers that you’re correct and not one step closer to ruin. As an imposter, it’s exciting to be sneaky and pick off your friends one by one.

Gnosia, more of a visual novel style of RPG, takes this social deduction concept and makes it a single player experience. To put it bluntly, it really shouldn’t work as well as it does, but with a variety of unique twists and turns, compelling characters and a pretty addictive gameplay loop (and I really do mean loop), Gnosia makes for a delightfully devilish experience where you never really know who you can trust – even yourself.

In Gnosia, you wake up and find yourself on a spaceship, with other crew members surrounding you. You don’t know much, but what you learn quickly is that the titular Gnosia has infected somebody on the ship, and it’s their goal to deceive and remove the other crew members, one by one. There’s little time before you’re discussing who is trustworthy and who isn’t. To survive, you must put the Gnos into “cold sleep”. If all infected parties are put into this state, the surviving crew is deemed successful, but if there is an even number of Gnos and crew members left, the Gnosia take control of the ship and the humans lose. Whatever outcome you get from this introduction, the first loop only takes around 10-15 minutes… before Loop 2 starts and you’re back on the same ship again. Same group of people. But the roles have changed and you, once again, don’t know who you can trust.

This Groundhog Day style of gameplay continues, one loop at a time. Cleverly, it’s not just about playing a simple game of Werewolf over and over again with the same characters, however. As Gnosia evolves and you progress through your loops, other crew members will be introduced until there are about 15 of them. This also increases the number of Gnos on board the ship, and other roles also become apparent. For example, each night, the Engineer can investigate somebody to check and see if they are human or not. The Doctor is able to check whoever was just placed into cold sleep to confirm their identity. Later, AC Follower’s are introduced, who is a human that just loves Gnosia, and is there to disrupt everybody else with lies.

“The procedural nature of every loop having different roles assigned means that loops are easy to jump into, unravelling another thread of the narrative…”

On top of the evolution of the game itself, you’re brought across other character moments that take place on the ship, furthering the story. Even though the loops progress and the roles everybody plays gets reset, each unique character keeps the same traits, and the more you learn about them and the situation you find yourselves in comes in handy, not only in terms of understanding the narrative as a whole, but also in aiding you in future loops. For example, you discover one character who is unable to lie. Another is headstrong and stubborn, so is very difficult to convince of another point of view other than their own. You’ll also have your faithful pal Setsu on your side, who will sometimes flat out tell you their role privately, assisting you in your decision making. It’s these small moments littered throughout Gnosia that keep you engaged, even when you’re looping through the 100th time and beyond.

Loops themselves all play out a very similar way, despite the mix of characters and roles that get dished out. Each day, there are five rounds of conversation that take place in order to try and identify who is Gnosia and who is human. Because there is no evidence or previous history to really go off like in Among Us, this starts out almost just like a process of elimination. Somebody is deemed untrustworthy by somebody else, and you either jump on the bandwagon of distrusting that person too, or defending them. If you are too vocal, that can come off as suspicious, but it can be just as detrimental to stay completely silent as well. If you’re unlucky, you’ll be accused of being Gnosia yourself. Then, after the five rounds, you’ll all vote on who to put into cold sleep.

Taking social deduction and making it a single player experience does take some of the organic nature out of proceedings, which means that these discussions can devolve quickly into a numbers game. If two people both claim to be the same role like an Engineer for example, you can be sure that one of them is lying. Otherwise, it’s mostly just luck and throwing blame on people without any particular reasoning. This can make some of these deliberations feel fairly hollow; there’s an algorithm to it, taking away a lot of the emotional decision making that can come from social deduction games as a whole. It’s ultimately you against the AI, and that limits the experience, as voting for who is Gnosia becomes more of a puzzle of dialogue choices rather than anything that feels truly natural. This isn’t necessarily a bad thing as there is still a lot of pleasure in “winning”, but it’s a different kind of feeling to, say, tricking your friends into thinking somebody else from your friendship group is a murderer. 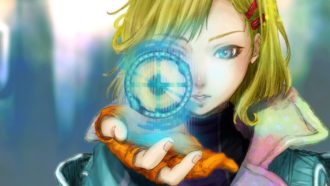 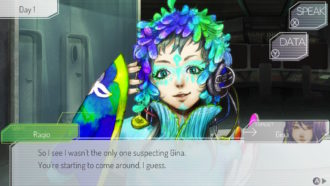 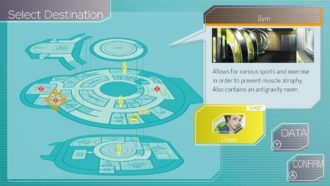 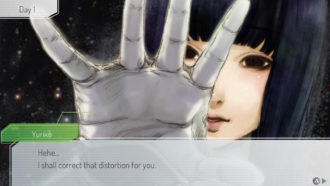 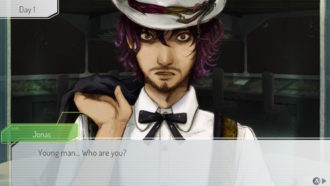 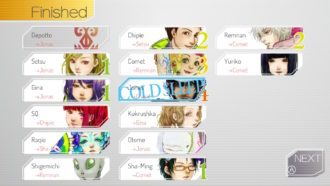 There are some light RPG mechanics that come into play as well, with skills that can be upgraded in your personal quarters. Whether you’re successful or not at the end of each loop, you’ll be given EXP points that can help you in terms of your ability to be deemed as trustworthy, convince others of your opinions, or make yourself less vulnerable to accusations. The longer you play, the more you have to keep track of, especially in loops with more people in them. You really need to pay attention to everyone’s statements, who they’re accusing, who they’re defending, how much they trust you, how much you’ve spoken and also remember previous decisions from each day. The procedural nature of every loop assigning different roles means that the short 10-15 minute loops are easy to jump into for a couple of games, unravelling another thread of the narrative, while still remaining to be an intriguing enough premise that you can also have a longer session of Gnosia, with time flying.

Some story beats have to be achieved to progress, and this is sometimes where Gnosia can feel like it’s halting your progress. If you need to interact with a certain character for example, it’s frustrating when that character is randomly selected by the Gnos to be killed off after the first round. In other instances, a character you might need to speak to when they’re human could be randomly assigned as Gnosia, making a whole loop feel kind of moot. This also means that some of the reactive dialogue does become a little repetitive and stale during longer sessions. Thankfully, you can choose how many participants and what roles are in each loop, including assigning yourself a role of your choosing. There is also the ability to focus on loop setups with particular story events if you’re purely looking to progress. But still, over 20 hours of play and likely 150+ loops, that’s a lot of single player Werewolf where perhaps a quarter of this time doesn’t give you a true feeling of progression.

Despite the random nature sometimes preventing your progress, developer Petit Depotto has nailed the character-driven charm that has propelled other franchises like Danganronpa and others into the iconic series’ they are today. The cast is incredibly memorable, both visually and with their quirks and the way they’re written, and the music cues and sound effects indicate key story moments that set the tone well for each new discovery. As a crew member, preventing the Gnosia from taking over the ship is just as much fun as it is being Gnosia yourself, deceiving other characters and banding together with your other infected pals to wreak havoc. It’s a completely engrossing experience that I found difficult to put down. After all, why not just do one more loop?

Gnosia is an eccentric blend of visual novel, Werewolf-style social deduction and RPG mechanics that somehow manages to pull it all together to make one of the most intriguing game releases this year. While some repetitive and frustrating moments mean that the game feels a little bit longer than it should, its cast of quirky, likable characters and quite frankly addictive gameplay loop will keep you just as much on the edge of your seat in Loop 1 as it will in Loop 100. There’s a wild ride to unravel, full of crazy twists and turns, and combined with the sharp writing and clever mashup of different genres, Gnosia truly stands out as a fascinating addition to your Switch library. Just be careful who you trust.