Samurai Warriors 5 is an excellent musou game for newcomers like me. It’s got the 1-vs-500 action gameplay that these titles (and their sister series Dynasty Warriors) are known for. It’s a self-proclaimed “new beginning” for the series, with streamlined gameplay, a gorgeous cel-shaded art style, and a story shining a spotlight on events the previous games hadn’t covered. I found it to be an amazingly accessible game, with virtually no feature bloat that newcomers would commonly see in a 15-year-old series. Long-time fans may bristle at content that’s been removed from previous games, but I had a blast with Samurai Warriors 5. Despite some persistent issues, it’s a great first foray into the franchise.

The game is split into two primary modes, Musou Mode and Citadel Mode, but they both play the same. Each level is a huge maze-like battlefield, full of tough enemy officers and hundreds upon hundreds of foot soldiers. Your chosen character has to make their way across the level, hacking and slashing everything in their path while fulfilling objectives that require defeating specific people in specific places. Each character has a detailed, easy to read combo tree granting them ostentatious screen-clearing abilities. Each character also has access to cooldown-based Ultimate Skills, giving them extra powerful attacks, or temporary buffs. Some objectives are hidden unless you go somewhere you’re not directed to, or you play a level as a certain character, and some objectives have strict time limits, so there’s a lot of replay value per mission. Combat isn’t particularly difficult, but difficulty doesn’t seem to be the point. The fun of Samurai Warriors 5 comes from juggling multiple objectives while keeping up a steady combo, well into the thousands.

Most missions allow the use of two characters, and you can switch between them at any time. Whichever one you’re not controlling will automatically run towards objectives on their own, which adds another satisfying wrinkle to combat, as this essentially lets you be in two places at once. The game allows for online co-op (which I wasn’t able to try before release) as well as local co-op (which I wasn’t able to try because I reviewed this during lockdown).

Musou Mode is the campaign of Samurai Warriors 5, and is probably where you’ll start your time with the game. You follow the intersecting storylines of two samurai from Japan’s Sengoku Era: Nobunaga Oda and Mitsuhide Akechi. Each hero gets his own set of missions, which you can play as either them or a handful of other characters.

The story follows both men from a young age, chronicling their love/hate bromance across the many battles throughout Nobunaga’s bid to unite all of Japan under his rule. The story isn’t groundbreaking, but it’s done very well. The characters are compelling, and I liked how the game outlines each key political decision before every battle. I also appreciated how the story mostly stays out of your hair: every mission in Musou Mode starts and ends with multiple cutscenes, but each one is refreshingly short, and easily skippable if you’re not in the mood. There’s a lot of dialogue mid-battle, which is hard to pay attention to if you don’t understand Japanese. Thankfully, there is a log that keeps track of all lines spoken, and most major plot events occur in the scenes between missions.

Once a mission is cleared in Musou Mode, you can replay it in Free Mode, which lets you bring in any of the game’s 37 unlockable characters. 37 is considerably less than the 55 characters in Samurai Warriors 4, but I still found it to be a hefty amount. 27 of them are playable during Musou Mode, while the other 10 are only available in Free Mode. Each character has new combo moves that unlock as they gain EXP and level up, and each of them has a massive skill tree to grant them extra stat boots and abilities, not to mention their weapon rank, which unlocks new Ultimate Skills.

There are 15 weapon types in the game, which dictates a character’s attacks and Ultimate Skills. Any character can wield any weapon, but each character has a preferred weapon which gives them unique combo moves while wielding it. So while multiple characters may play similarly, the fact that they’ve got unique combos, plus unique Ultimate Skills unlocked through their skill trees, make a noticeable difference. I found it less daunting to learn 15 slightly different playstyles than 37 bespoke ones.

The second mode in the game is Citadel Mode, which plays a lot like Free Mode, but in shorter bursts. While a mission in Musou Mode may take upwards of half an hour to complete the first time, Citadel Mode is a more arcade-like experience with 5-minute battles. You choose any two characters to enter a battlefield and defend a base, fighting only a handful of officers before a boss appears. Exclusive to Citadel Mode is a friendship gauge between characters when they fight together, leading to unlocking exclusive scenes between them when it’s maxed out.

I enjoyed the bite-sized battles of Citadel Mode, but I wasn’t a fan of how it exists mostly to support a boring upgrade system. Battles drop materials used to upgrade menu-based shops. Upgrading shops is needed to buy stronger items, craft stronger weapons, and even get new horses for you to ride in battle. Needing to upgrade shops to get better items felt like an unnecessary way to gate progress. New weapons are randomly dropped after missions, containing passive abilities, and more can be added to a weapon with skill gems that also drop after battle. I gave my characters stronger weapons as they dropped, but I found these upgrade systems to be uninteresting, and not needed to get through Normal difficulty. However, I can see them being more important to fine-tune characters in the postgame.

As I said up top, I encountered several issues throughout my time with Samurai Warriors 5. One of the biggest is the game’s camera, which goes absolutely haywire whenever you do something it doesn’t like, like walking away from a locked-on enemy, or standing next to a wall, which, in a game full of mazes, was very often. Another is that partner AI can occasionally be inconsistent, choosing to follow you or stand still when you desperately need them to do anything else. It felt like wasting time manually controlling them and moving them where you need them to go. There are some scant AI tuning options, but a setting to tell your partner which objective or enemy to prioritise would’ve mitigated this problem greatly. 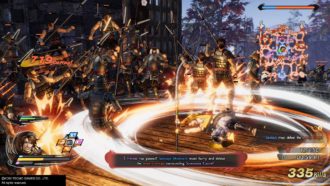 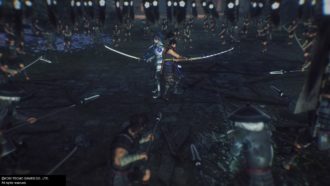 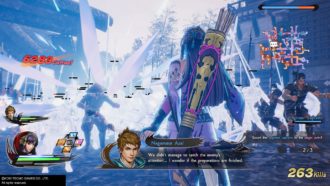 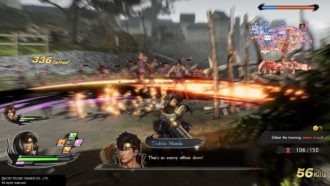 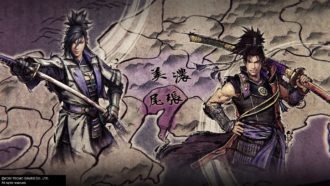 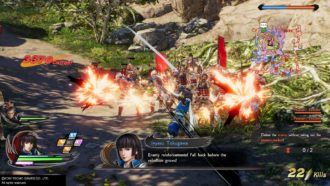 Horses can be bought from shops or collected as loot in Citadel Mode, and can then be ridden by characters in battle. Horseback combat is an option, and horses have their own stats that can be boosted by gaining EXP and levelling up (seeing “Horse Level Increased” dramatically pop on screen never stops being funny). You can sacrifice a horse to infuse their passive abilities to another horse. The game puts a lot of stock in horses, and I just didn’t care for them. Fighting on a horse is tedious and imprecise, and I only found a use for them for their speed. However, checking the map while a horse is running causes the horse to slowly stop, and you need to wait for that animation to end before it can run again, which wasn’t appreciated when I was running late for timed objectives. I understand that horses are a staple of the series, but I wish Samurai Warriors 5 had replaced them with a sprint button.

Samurai Warriors 5 is an ambitious reboot, removing many features from previous games while emphasising what makes the series tick. There is very little to do outside combat, but the combat is delightful, and the variety between characters makes each one a joy to play. Despite some superfluous systems and clunky camera and AI issues, Samurai Warriors 5 offers fantastic action gameplay. If you’ve been intimidated by the Warriors series in the past, this is a great place to hop on.