If there’s any indie developer you can count on to create fun, weird and experimental idea after idea, it’s Bithell Games. Whether it’s the acclaimed studio debut in Thomas Was Alone, adapting John Wick into a smart strategy game, or even taking the beloved formula of Solitaire and turning it on its head, there’s plenty to appreciate. One thing is for certain, each venture the team takes is never like the one prior. That still remains true in Arcsmith, a charming and challenging as all hell puzzle game that situates you as an engineer on a spaceship, thousands of light-years away.

Arcsmith has a simple, vibrant premise

Arcsmith is another great Bithell Games project where the premise is its own quirk. Players control an engineer that assembles parts together to create something bigger and more special. Situated on a spaceship, you have only two companions: a fellow grump of an alien arcsmith, Korin Dinn, and Toolie, an adorable sentient toolbox that wheels its way around. Largely, the narrative is told to you in-between jobs to assemble different builds, so that it can be enjoyed as a bonus supplement to the fun gameplay on offer in levels.

These “story – level – story” sequences have been slowly building throughout the past few entries under the studios’ belt, starting with John Wick Hex, continuing with 2020s The Solitaire Conspiracy and maintaining with this venture. Truly, I think it’s working for the team. Bithell Games have equally been growing their strength both in narrative and gameplay over the years and it’s no exception here. I don’t want one distracting from the other. I want to fully bask in their craft.

“Bithell Games have equally been growing their strength both in narrative and gameplay over the years and it’s no exception here.”

Within moments of exposition, Toolie will give you updates on the intergalactic war that’s happening a light-year or two over. Dinn will share his take on the war and the more you progress, the more you’ll learn of the baggage and guilt that has come with this conflict.

Anecdotes about a better tomorrow and how things need to change… if these lines were uttered by anyone other than Dave Fennoy (Lee from The Walking Dead) they’d be absolute cheese. Instead, it didn’t take long for me to become invested in Korin Dinn as a character. More and more I wanted to know what was behind that brute of an alien with those tired, sad eyes.

As what now feels custom with games from the team, all of the lore on display is enthralling. Dealing heavily in politics and whatever is out there in the vast open space to create such a war… it’s enough for sci-fi buffs to chomp at the bits for. It’s possible it went over my head, but I’d be far from surprised if the game sported references to their previous titles. It’s something the studio has gotten cheekier with doing over the years.

Tinkering away, becoming a worthy engineer

Arcsmith is one of those rarer VR games that doesn’t adopt the “What if we put a shooter in VR?” formula and instead encourages players’ creativity and thinking. The tinkering that you’ll get up to is frankly quite immersive, albeit often abstract and challenging. The game has you situated at a desk with a screen in front of you to pick up your jobs, an assembly surface, and a concave that the pieces you order for any activity will arrive in. With the parts you assemble sporting a relatively minimalist design, you’d be forgiven if on the surface you thought it was a simple block building experience, clicking everything together like LEGO. I must tell you now it’s far, far from it.

What starts out as a simple affair of lining pieces up in a specific order soon becomes a numbers game. Heat and power levels that can pass through (or even be blocked by) specific parts will need to be maintained and regularly monitored so that you can achieve the job’s goal of having your master build complete with x level of heat or power running through it. Different parts and tools at your disposal can both either aid or abet you. Players will do well to make regular use of the provided x-ray scanner that identifies the current direction of flowing electricity. A radiator part hanging off the side of a scaffolding piece may work to lower the heat that the build has, but also blocks electricity. Plenty of different variants will come into play here that will throw off or boost your game in Arcsmith. You’ll always be learning.

This is undoubtedly where just as many people will see the genius of this design as those that will throw their arms up in frustration. There’s no one solid way to complete a puzzle ahead of you, and the game has very little handholding. Instead, you’re left to your own devices to learn the game’s mechanics intimately and then bend them to your will so they work for you. That’s not going to draw everyone in, and I can’t help but feel that Arcsmith could’ve benefited if it included an assist mode or at least some guidance. 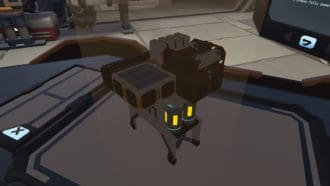 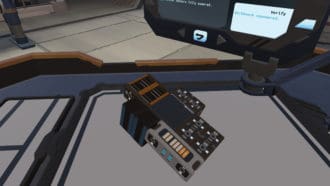 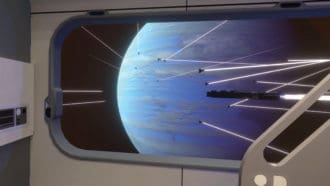 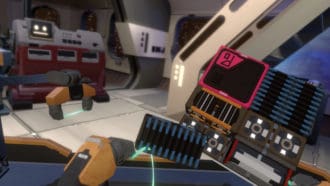 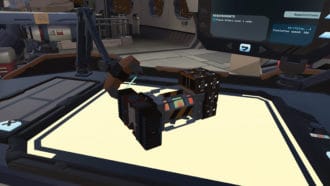 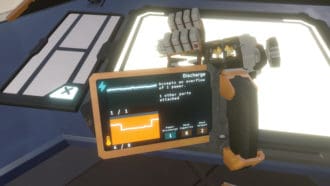 Actually slotting items together in Arcsmith is smooth, most of the time. Occasionally your builds will get all the more complex and become a bit of a hassle. For example, if you’ve got two assemblies going on simultaneously, you’ll soon need to connect them into one. Even when you’re lining up the clearly marked dots and indentations that indicate parts can slide together here, you will at times be met with resistance.

This is one of the only other areas Arcsmith can be improved upon. It can test you at times and, depending on how patient you really are, it could ruin the experience for you. However mileage in this may vary. I don’t exactly consider myself patient and this problem didn’t trouble me too much. Perhaps part of the problem lies in me getting too into the sim of it, imagining myself then and there as an almighty engineer. And feel like an engineer you very much will. Before long you’ll become more familiar with the mechanics, anchoring your work in progress in the on-desk mini crane, and crafting creative pieces that will serve purposes such as powering a medical scanner or providing light to a terrarium.

Despite a few needed fixes, you’ll experience plenty of victories and downfalls. Whether it’s just manipulating a piece so it ever so slightly angles in the right direction to steer a light beam to a target, or watching your structure fall apart due to an overheating part, it’s fun throughout.

More than ever, Bithell Games is excelling at creating just the most intriguing and atmospheric vibes in video games. Whether it’s the fantastic alien music you’ll hear on the radio at the desk that ranges from space-themed hip-hop to pop, or slowly putting together a build and having spaceships loudly fly overhead before they appear in view out the side window, there’s plenty to just sink into and enjoy. I can’t emphasise enough how much pleasure is derived from just sitting down, placing your VR headset on and just getting in the thick of it, assembling away.

I’m absolutely taken by Arcsmith. It may lose some players with its abstract puzzle solutions and fiddly nature, but that same challenge will also reel plenty more in. With an enthralling sci-fi world and heaps of atmosphere and personality, this VR title stands out amongst the crowd. Serving as an Oculus Quest exclusive, it’ll hardly be a blip on many a gamer’s radars. However, if you’re into VR and you’re looking for a new puzzle game, Arcsmith is your best bet.