Alan Wake is a name few people will recognise outside the video game cultural zeitgeist, i.e. if you didn’t play it when it was released all the way back in 2010, you’ve most likely never played or heard about it since. Despite its soon to be discovered brilliance in game design, it never quite reached the same level of mainstream appeal that its far more recognisable predecessor, Max Payne, seemed to benefit greatly from. Even so, from the title alone you know it’s a game made by Remedy Entertainment; and that you can expect a character-driven narrative with gameplay that closely aligns with said narrative. Unlike many other developers, even the most celebrated amongst them pale in comparison to Remedy’s ability to imbue meaning within its core game mechanic.

Remedy has a history of taking their time when it comes to game development. They average around a five-year-long development cycle per project, which also leads to their work often going overlooked or in the case of the original release of Alan Wake – underperforming sales-wise. It was this unfortunate circumstance and the fact that I didn’t own an Xbox 360 at the time, that lead me to miss out on playing this game when it was originally released. But thanks to the current landscape of video game release schedules, remasters and remakes are being made by anyone and everyone who manages to sift through their proverbial boxes of classical goodies; and it’s not just trendsetters the likes of Bluepoint Games that are deciding to cash in either.

In collaboration with the notable studio-for-hire d3t, who worked on projects such as: Mafia II Remastered, The Witcher 3: Wild Hunt as well as the soon to be released Guardians of the Galaxy from Marvel Games. Their work while varied and eclectic in terms of genre is by no means indicative of their work on Alan Wake Remastered. Directly comparing and contrasting with the original game from over a decade ago will have you amazed at the level of refinement and edge smoothing that has taken place here. Unlike the less celebrated remasters of the day that essentially boil down to boosts in either framerate or display resolution, Alan Wake Remastered delivers on the promise of reintroducing a classic for modern hardware.

While the most obvious changes are identical to the ones I previously mentioned, framerates boosts to 60FPS and 4K visual enhancements aside, there does seem to be some actual TLC that has been applied. Lighting is the most notable and arguably the most important of the game’s visual package to get right. Playing this in the dark late at night had me tensing my body from the sheer void of black and the mirage of oily shadows that filled the screen. Only when you could spot a nearby lamp post in the all-consuming dark, or finally find batteries to recharge your trusty flashlight did it feel appropriate enough to breathe a sigh of relief. While the original seemingly had no issue delivering the same effect, the crispness and accuracy of both the lighting and shadows play off each other so well that it creates an omnipresent atmosphere of fear that you can never fully relax while playing. The inclusion of the flashlight being such an integral element of the gameplay additionally benefits the overall artistic direction of the game, lending to a perfect marriage of art and design.

Cutscenes have also been remade with higher character detail and lip-sync, as well as overall scene and texture detail within the game world. While still retaining the look and feel of a game that came out the same generation as GTA IV, it surprisingly doesn’t feel cumbersome to play or explore within the town of Bright Falls. The gameplay as stated by the developers is completely unchanged, so returning players will feel right at home. New players such as myself have come to discover the intensity of combat encounters with the ‘The Taken’, the primary foes that you will be facing during the night; specters that shuffle through the woods, always appearing just outside your peripheral vision. This makes sneak attacks and jump scares a regular occurrence, and for someone that doesn’t enjoy horror films; I both despised these encounters and reveled in their effective placement. Just when you think you have a handle on the situation, you will no doubt find yourself flustered and wasting precious resources to dispatch the threat.

When I heard mention of Alan Wake, the key visual of a man alone in the dark with nothing but a flashlight and a revolver instantly sprang to mind. That silhouette sparked its own sense of intrigue and mystery, enough to set the stage for a thrilling narrative core that many players spoke of being one of the highlights. Remedy have a unique brand of storytelling through the medium of video games in that, they don’t always choose to rely solely on interactivity to frame the narrative. TV shows, radio spots, even licensed music perforates the experience as you play. It’s something that harkens to the developer’s early days of working on Max Payne, where tight production budgets gave rise to clever solutions which gave the game a distinct flavour.

Within the world of Alan Wake, all of these narrative devices serve to make the world feel more fleshed out and lived in. While at the same time, adding to a growing sense of uneasiness. This extends to the game’s cast of characters as well, including the main protagonist – Alan Wake. Considering the genre and various source materials the game is pulling from, characters and their various interactions play out like a badly acted horror film. It’s easy to say everything bad about a game is done intentionally, how does one judge something seemingly bad if it was purposely done so? But the end result ends up manifesting in performances that range from flat to unintentionally hilarious. These are the hallmarks of the genre, and the fact that it’s replicated to such a degree speaks volumes to the greater message Alan Wake is trying to make. 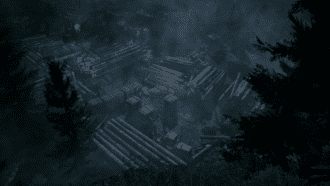 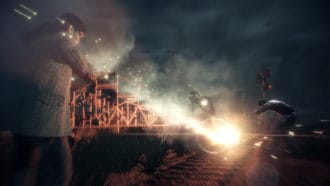 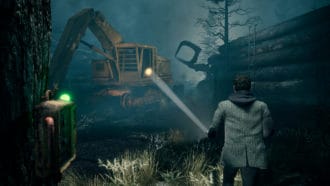 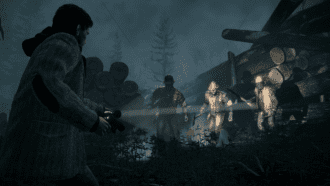 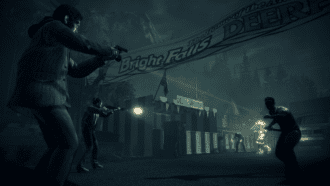 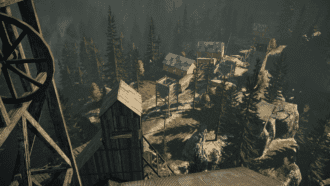 Alan Wake Remastered as a complete package is a great time. Its narrative and gameplay are fantastic hooks to grab your attention, with a slowly unraveling plot that continues to hold onto it for the duration of the game. The intensity of the moment-to-moment gameplay is incredibly satisfying, supported by a musical score that knows when to make itself known and when to rely on the quality soundscape of the surrounding forests and abandoned towns.

Upon completing my playthrough of Alan Wake, I was left with more questions than answers and yet I was satisfied with what I had experienced. I believe this story has endured for as long as it has because of its many layers of understanding. It’s a game requiring you to play it at least twice, in order to firmly understand the story being told and the themes it is discussing. If not for the story, at least for the collectibles exclusive to the highest difficulty.

Alan Wake Remastered is yet another classic gaming experience that has been given a new lease on life. While the ongoing trend of remasters and remakes may slowly be becoming tiring or seem uninspired to some, there exists a handful of games in recent years that have reaped the benefits of getting a second chance to strike gold. As a new player coming into the series, I was incredibly excited for this remaster and I came away from the experience with my expectations met and surprisingly exceeded. To see a much-discussed game in the best possible light, means the things that matter to what made the game special back in 2010 remain so today. Remedy delivered a fantastic video game thriller over a decade ago and with the help of the team at d3t, it has done so again with even more polish and refinement than the original ever thought to possess.