Back 4 Blood Review – Thirsty for more

From the team who gave us the original zombie horde shooter, Turtle Rock Studios returns with Back 4 Blood. The online multiplayer first-person shooter is a spiritual successor to the beloved Left 4 Dead series, mostly similar in gameplay and tone. While there are certainly issues making some ravenous, overall everyone should have a fun time blasting through swarms of Ridden in this action romp.

Call those freaks whatever you want!

Back 4 Blood is set about one year into the worldwide parasite outbreak of unknown origin. People infected are turned into zombies known as ‘Ridden’ in this universe, devouring anyone in their sights. You play as ‘Cleaners’, a group of eight people immune to the parasite and continue to survive. With the weight of humanity on their shoulders, the Cleaners set out to discover the mysteries of the outbreak and find a way to end it.

Storytelling in Back 4 Blood is essentially the same as it was in Left 4 Dead. Introducing you to the initial charismatic crew Walker, Holly, Evangelo, and Mom in a fantastic cinematic set the tone and feel of what’s to come brilliantly. Throughout these cutscenes and in-game environmental story-telling, the game hints at effective ways to deal with the Ridden. For example, Mom throws a gas canister at a Tallboy in the opening scene, and notes across levels hint at how everything came to be. It helps build a new world that, while admittedly feeling awfully familiar, has its own tales to tell.

Yet, the narrative is still not the games’ strong point. Motives and character ambitions will often get lost behind the gameplay and action throughout the campaign and its multiple acts. There are moments where characters may bicker to one another or divulge snippets of their backstory, but not enough to understand who they are. How the acts are structured doesn’t help, either. They range between one and 11 missions, grouped by story set-pieces. The scattered pacing sets the narrative back and hurts longer playthroughs. 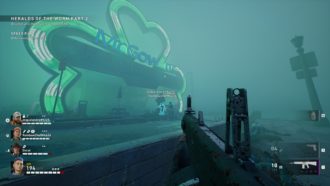 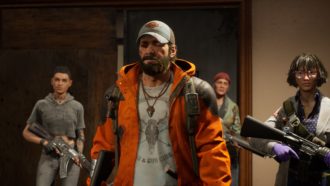 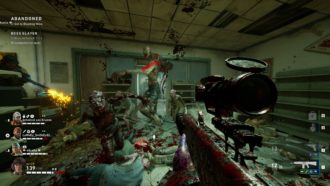 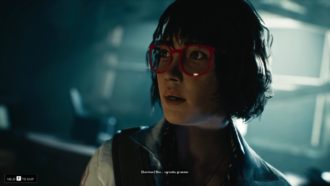 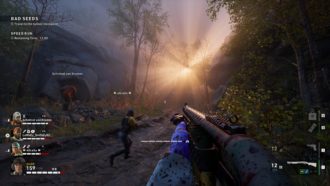 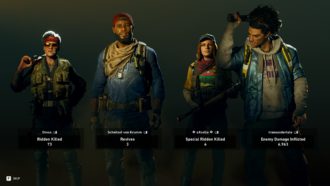 Who died and made me gun monitor?

Back 4 Blood provides thrilling cooperative gameplay for fans and new players alike. Gunplay and controls are smooth and well-designed, with hit detection and feel absolutely on-point. Using offensive, support, and quick accessories to survive the hordes remains intuitive and fun. Clear out huge groups of Ridden with a well-placed grenade and quickly heal up with bandages between firefights. It still feels like Left 4 Dead, which is arguably the perfect formula for a shooter like this.

With the old, there is plenty of new. Back 4 Blood introduces item and weapon rarity to dictate progression throughout campaign acts. Guns will start with the basic grey and move through a rainbow of green, blue, purple, and orange. They also have discoverable attachments to improve specific aspects of each weapon. However, you’ll need to coordinate with the rest of the Cleaners as weapons use specific ammo types – and ammo runs out quickly. Strategy is important on Veteran and Nightmare difficulties, so having one player using assault rifles and another using shotguns will help ensure ample ammo.

“Mutations will spawn fast and violently, and without the correct strategy you’ll need Cleaners for your Cleaners.”

Special infected are called Mutations and they pack a vicious punch. The typical brutes are known as Tallboys, boomers known as Reekers, and spitters known as Stingers. Unlike before, these archetypes have variations and get stronger depending on progress through the campaign. The Stinger Hocker can pin Cleaners with a well-aimed shot and Tallboy Crushers will grab and squeeze players until their health points dwindle to zero. Boss Mutations up the anty even more, with the Hag who steals a Cleaner and escapes underground for an instant kill. Don’t threat – they all have weak points for significant damage to help in chaotic moments. These terrifying mutations that evolve make every encounter seriously tense.

The main campaign is an especially challenging experience on harder modes. Playing with up to four friends or randomly matched players with proper teamwork is paramount. Mutations will spawn fast and violently, and without the correct strategy you’ll need Cleaners for your Cleaners. Unfortunately, playing solo is actively discouraged. Progression and achievements aren’t saved when playing alone with bots, likely because all the cards from the new rogue-lite system are already unlocked. However, it does substantially make Back 4 Blood less appealing to anyone not looking to group up. 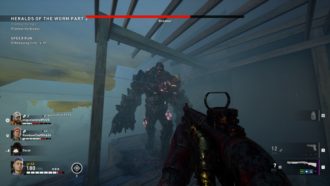 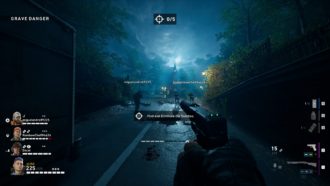 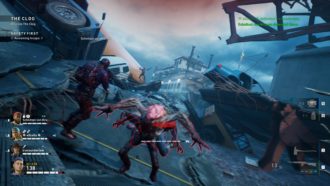 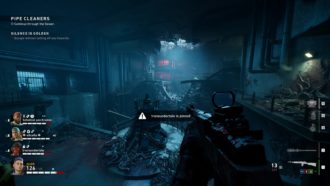 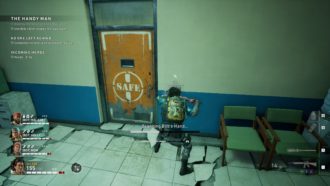 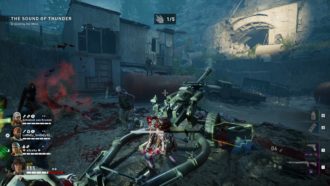 There are cards in my zombie game

One of the largest changes Turtle Rock Studios has made is the new card system. They liken it to a “rogue-lite” that changes the game each time you play, modifying stats and challenges every mission. Essentially it boils down to two types: player decks and corruption cards.

Player decks are built up of 15 cards from a collectable pool you gather through playing and spending supply points. Cards are divided into reflex, discipline, brawn, and fortune affinities, relative to playstyles and strategies. Once your deck is ready, each mission you are dealt a handful of these cards and can activate one to help you on the journey. It’s an interesting way to build power throughout a playthrough, selecting specifically what your team may need in each mission or dedicating yourself to a support or damage dealing build.

“…cards are an intuitive mechanic compared to your standard skill trees, allowing players to switch up their strategy every match.”

On the other hand, corruption cards add challenging modifiers. These can be all Ridden with an extra layer of armour or a task such as completing the level within a timelimit for bonuses. One corruption card adds a thick fog, changing the entire tone of the mission. The option to customise corruption cards in private lobbies and adding more creative modifiers in future updates would be great, maybe even matching the calibre of Left 4 Dead’s old weekly mutation modes.

Cards are a great tool in Back 4 Blood but raise concerns. The system is supposed to improve replayability, but what happens when all the cards are unlocked? Decks are also specific to the game modes, meaning Swarm and Campaign cards aren’t transferrable. Your teammates can’t see your chosen decks, either, which makes it tricky to coordinate builds. There are also concerns about future microtransactions. Regardless, cards are an intuitive mechanic compared to your standard skill trees, allowing players to switch up their strategy every match. 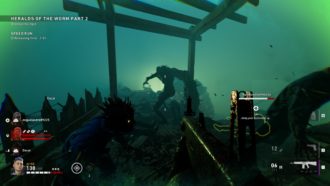 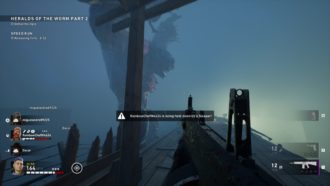 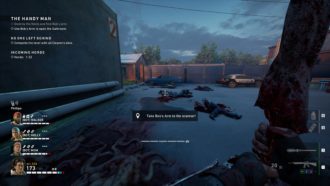 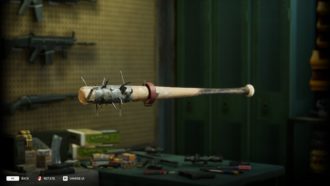 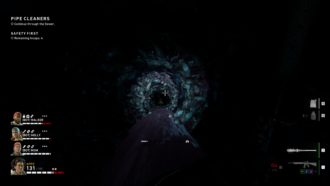 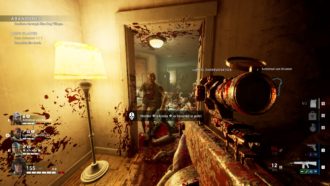 Cleaners versus the Ridden

Additionally, a player versus player mode called ‘Swarm’ puts a team of Ridden against a group of Cleaners in a countdown survival. The Ridden’s goal is to kill the Cleaners as quick as possible and then the roles are swapped, with whoever surviving longest winning. While the PVP game mode does provide some fun and is a quick way to get supply points, it’s still incredibly lacklustre.

“While the PVP game mode does provide some fun and is a quick way to get supply points, it’s still incredibly lacklustre.”

There are several balancing issues and bugs in Swarm. Ridden players can spawn practically meters away from Cleaners, hiding their giant Reeker silhouettes behind small containers. Overpowered upgrades for Mutations and Common Ridden each round can significantly overwhelm the Cleaners too quickly. Glitches need fixing, too, as Mutations spawning out of thin air and others getting stuck on obstacles is common.

Swarm is the only PVP content in the game as of launch and is a considerable step down from what Left 4 Dead 2 and other comparable shooters offer. Co-founder Phil Robb explained to us that the reason for the shorter, bite-sized mode is because they didn’t want players to commit around an hour for Campaign PVP, like in Left 4 Dead. Losing teams would quit early and leave remaining players with a notably harder match, and Turtle Rock wants to avoid that. Swarm does remove that commitment almost entirely but now it’s not even worth playing. 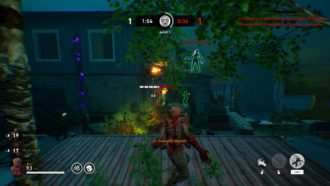 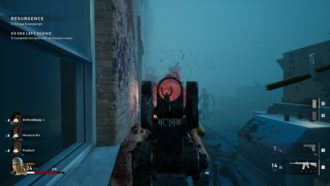 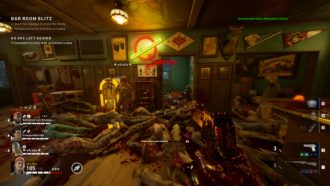 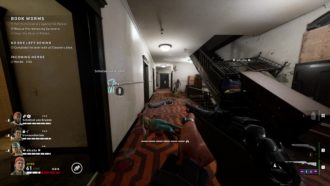 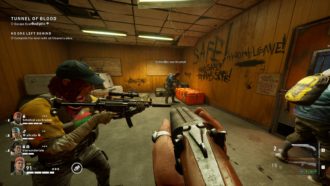 Covered in zombie blood and puke

Back 4 Blood looks and sounds exactly like Left 4 Dead 3 would if it was released in 2021. Visually, the game is superb. Its world and characters capture the post-apocalyptic tone with a sense of self-awareness that fits perfectly. Just looking at the playable Cleaners, they have distinct personalities that resonate from their design and quips. They are all charming characters, voiced terrifically by their counterparts.

The enemy design is equally as dazzling. Ridden and the Mutations are clearly monstrous and horrible creatures that always seem like a major threat. Designs for the Hag and Snitcher are favourites, simply for being so grotesque and unique in such a familiar shooter. Not only do they look menacing, but they also sound it too. The shrieks and gargles of Mutations out of sight on Nightmare will have your entire crew on edge.

Adversely, the level design isn’t as engaging. While the environment is graphically impressive and involves a lot of visual story-telling, a few areas feel too familiar or uninspired. There’s a town you’ll return to a few times, as well as warehouses and swampy areas that are well-overdone in the genre, with a few exceptions like in Act 2’s Pipe Cleaners. It doesn’t help that the music and ambience is serviceable at best. The score is very generic and specific Mutation themes aren’t nearly as powerful as in the predecessor.

Whether it’s your first time shooting zombies or you’re a Left 4 Dead veteran, Back 4 Blood is frantic action that you’ll love. Gameplay is exhilarating, every headshot feeling impactful and explosions are meaty. Running through tight corridors with your friends, Ridden rushing you down from every corner, will put anyone on edge. Although, a terrible PVP mode, weirdly paced campaign missions, neglected single player, and new card mechanics may polarise players. Regardless, Back 4 Blood is thrilling and I’m thirsty for more.