Crysis Remastered Trilogy is one hell of a jam-packed experience. It contains all three of the legendary first-person shooters with the original being ground-breaking in its ultra-realistic graphics. Crysis was such a benchmark for graphics that when Crysis Remastered came out last year, the devs dubbed its highest graphic mode ‘Can it run Crysis’ giving a very heavy nod to the question every gamer was asking about PCs back when the original came out in 2007. Other than the sharp graphics, the excitement behind this trilogy of games came from the armour the protagonist in each release wore. Called Nanosuits, these advanced protective suits embued the player with the ability to cloak themselves with invisibility, strengthened armour, and to jump extraordinary heights.

In the first game of the series, you play as one of a Nanosuited American tactical team whose name and identity changes slightly throughout the three games. The action happens on a fictional island off the Philippines where you battle against North Korean soldiers. I won’t delve too much into the original Crysis as we reviewed the title when it was released as a stand-alone remaster back in September of 2020. All you have to know story-wise to understand the second and third Crysis instalments is that the island is also overrun with aliens called the Ceph, who are an ongoing antagonist throughout the series.

Crysis 2 could nearly win a Simpson’s Award for being a piece of pop culture entertainment that predicted the future. The sequel takes place in New York in 2023 and the world is being overrun by a deadly virus. Crysis 3 shows the aftermath of this virus in 2047 and depicts a post-apocalyptic world with massive nods to the original Crysis by including characters from the first instalments.

In each game, you are given missions via the comms in your Nanosuit where you pretty much have to either retrieve something, travel through a particular area, or find someone. These orders are given by a range of people, but they have one thing in common – keeping you alive and the world safe. In these missions you have the option, via the “Tactical Options” feature on your suit, to see a number of ways you can complete these missions. For instance, you can engage your invisibility cloak and sneak your way through. This cloak runs out of energy though, so you’ll have to find cover whilst your energy regenerates throughout your sneaking process. You can also go in with all guns blazing and turn on a shield in your suit that doubles your armour strength. This also runs on energy and once you are out in the open amongst the enemy forces, it’s hard to stay hidden. You can also throw things at enemies to startle them, or throw explosive canisters at them and shoot at the same time, making for some deadly fireworks.

The first Crysis has a slightly different feel to 2 and 3, mainly because in the latter instalments you are the rebel fighter, the outlaw, the fighter with a Nanosuit that really shouldn’t have it. Underdog vibes are very strongly felt which lets gameplay include elements of stealth. An annoying omission from the first game was the ability to perform a stealth kill which was luckily introduced in Crysis 2.

One of the Nanosuit elements that are improved throughout the games is the “Tactical Options” ability that lets you see all the available routes that you can take when coming upon a number of enemies. The option to tag enemies and to see their stats is another handy Nanosuit gadget and eliminates any surprise sneak-ups by enemy forces.

An element that was introduced in Crysis 2 and was not included in part 3 was the option to upgrade your Nanosuit by killing Ceph aliens. Though upgrades are still available through collecting them via packages found throughout the world, there was more intrinsic motivation to kill dem aliens when you got points towards upgrading your suit! Though acquiring these upgrades obviously gave me the required dopamine hit, I found that they didn’t enhance my suit as much as I would have hoped.

After playing all the games back to back, these little gameplay improvements were the most satisfying when entering into a new part of the trilogy. That and the gorgeous world of 2023 and 2047 New York. The jump in graphic restoration from the original Crysis to its successors is very easily seen, with the graphics in Crysis 2 looking sharper than remasters of other classic games from 2011 such as Skyrim and Saints Row: The Third. Whilst Skyrim was all about world-building and lore and Saints Row runs on the philosophy of bigger is better, Crysis is all about the weapons and looking damn fine whilst firing them.

In terms of graphics in Crysis 3, they stack up against titles released in that year such as The Last of Us. On that note, Crysis 3 did make me think of TLOU due to its post-apocalyptic themes and settings of weed-infested abandoned cars and boarded up graffitied establishments. Though, unlike TLOU, Crysis’ story isn’t what you stay around for. In regards to plot, the original Crysis is the most fascinating, whilst 2 and 3 seem to lean heavily into elements of the first and try hard to extend these themes. An engaging and riveting storyline isn’t what Crysis delivers, but hey, that’s not what the series is known for. It would be like if the hot person you were seeing who isn’t the greatest at conversation suddenly wanted to have a philosophical discussion with you about the meaning of life – it would feel forced and weird. Therefore, Crysis knows what it is and sticks with it and for that, you’ve got to give the series credit.

“Crysis is all about the weapons and looking damn fine whilst firing them.”

One of the things that the series knows is that their players love feeling super powerful, which makes sense seeing as the Nanosuit is unique to the Crysis world. There are a lot of ways to feel like a badass when you’re jumping great heights and having at your disposal numerous ways that the player can eliminate the enemy forces that lie ahead.

For example, you can grab that big tank with the machine gun strapped on top and switch between mowing down enemies and climbing on top to pelt them with bullets instead. You can rip off stationary machine guns and blast away until the ammo is depleted. In the 3rd Crysis, two new gameplay elements are introduced – the ability to hack doors and turrets and a new weapon, the Predator Bow. The latter is a weapon that you can fire without using any energy. Arrows come in four styles and have three weight options – low, medium and strong.

Speaking of ammo, it is everywhere. There was not one time in my run-through of any of the three Crysis games that I ran out of ammunition. After every big standoff, the game provides you with a selection of caches to refill your weapons and grenades. I can be a bit heavy-handed on shooting my weapons, so I have to thank the Crysis devs for being so thoughtful about where and when they provide opportunities to restock ammo.

You’re able to carry with you two primary weapons and also five grenades. The latter though is hard to have direct access to and I always struggled to equip my selection of explosives. This may seem like a small thing to bring up, but Crysis is extremely fast-paced and if you don’t know how to easily access your main projectiles then you’re gonna have a bad time. Another gripe I had with the series was that I encountered a number of bugs throughout. One in the original Crysis meant that I couldn’t progress any further, even after reloading and replaying the same mission about three times. This made me rage quit, something that I rarely do. When I started on the franchise’s second instalment, I found a few minor buggy moments but nothing anywhere near as serious as the original.

The games can also have issues with saying goodbye. I felt at times Crysis Remastered Trilogy overstayed its welcome with missions continuing beyond what I thought were natural stopping points. I get it, goodbyes suck, but when you’ve been playing a game for hours and you feel that the storyline is becoming as thin as cheap toilet paper, you kind of need to call it. Despite the above inconveniences though, as a whole I enjoyed my time being a powerful underdog who is responsible for keeping the world safe from the bad guys. 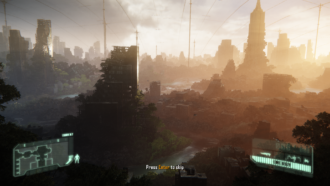 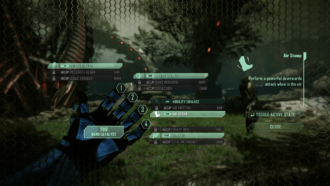 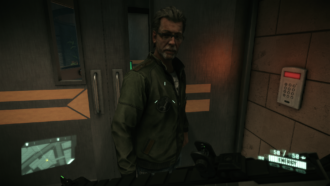 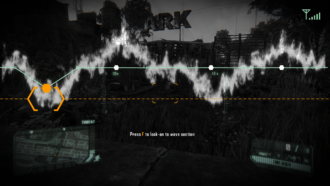 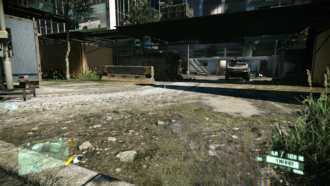 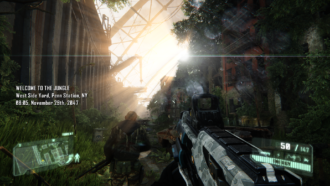 Crysis Remastered Trilogy is a collection of games that is a hell of a lot of fun and really is an important moment in video game history. For a while there, it was the benchmark for graphics in games, and it’s important that games like this are preserved and released in their remastered form not just on PC but for modern consoles as well. It’s a bundle for those who love their games to look gorgeous, have the autonomy to blow up stuff in a number of different and creative ways, and love FPS vibes. With all three games remastered and in one collection, Crysis Remastered Trilogy is a lot of big bangs for your buck, despite some shortfalls.