I’ve been looking forward to playing Unpacking since I first played the demo at PAX Australia 2019, what feels like a thousand years ago. I loved its simple premise: you take things out of boxes and place them around a home. After playing its 2-level demo a few times, I hoped the final game would deliver more of that same, relaxing experience, and I am pleased to say it absolutely does.

Unpacking is a game about… unpacking. Each level is a place of residence, with boxes strewn about each room. Your job is to click on a box, take an item out of it, and place it somewhere in the house. Once a box is empty, it disappears. When all the boxes are gone, any items that don’t belong where you put them will have a pulsing red outline and accompanying sound effect. Some objects stack on top of each other, some can be placed in drawers and cupboards, and some come in sets that you can choose (or not) to keep together. Apart from the red outlines (which can be turned off in the accessibility settings) you have a lot of freedom to personalise each room to your tastes, which, like real life, is the fun of Unpacking.

Unpacking pleasantly increases the complexity of this basic gameplay loop through its 8 levels, but never in a way that feels unnecessarily difficult. In fact, the game tells a subtle story purely through its mechanics, no words. You play a single character, inhabiting each place she has called home throughout her life. As the levels progress, the narrative expresses itself by how much freedom you are given (or not given) to unpack. From her childhood home, to her college dorm, a sharehouse, to her first apartment, and beyond, you experience major milestones of our protagonist’s life just from every time she moves. Developer Witch Beam have made the most out of the premise and mechanics.

A couple of moments cleverly used the red outlines to show that while an object was in a traditionally appropriate location, it wasn’t where the character wanted it at that point in her life. Some later levels have boxes obscure shelves and cupboards, requiring you to think a little about which order to unpack them in. Some cherished items survive a move, and some don’t. The story is intricate, but there’s no dramatic twists. It’s simple, short, sweet, and deeply relatable, as is the rest of Unpacking.

I won’t spoil where the narrative goes, but I will say it’s fantastic. Unpacking makes refreshingly mundane what other storytellers might deem extraordinary. Unpacking isn’t life-or-death like other games, but that’s not to say it isn’t emotional, however subdued those emotions are.

There’s a sense of ownership that comes with seeing a house fully decorated by your hand, so Unpacking  smartly includes several ways to memorialise your effort. A Photo Mode lets you put borders and collectible stickers around an image before you screenshot. Stickers function low-key like in-game achievements, you get them for placing objects in specific ways (I got one for rearranging fridge magnets in a specific way, for example) showing that the devs have put thought into how players would interact with the game. You can also make gifs of completed levels to show a time lapse of all the work you put into a room, a feature I grew to be obsessed with.

The game boasts remarkably detailed pixel art, and lovely sound design, including unique sound effects to many items (there is a gratifying woosh to every sliding door). I also enjoyed the soundtrack, but found a few instances where the background music would go silent for minutes at a time. I wasn’t sure if this was triggered by my actions in the game or not. It didn’t hamper my experience with Unpacking, but it was distracting. 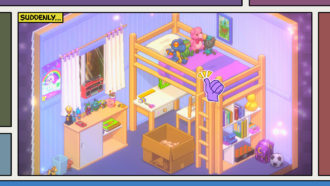 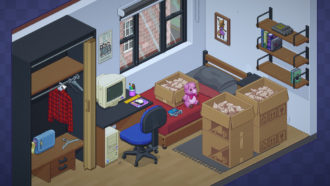 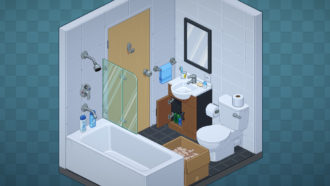 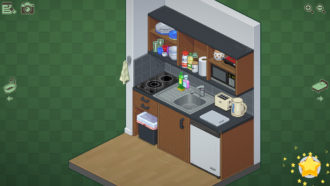 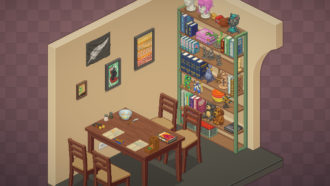 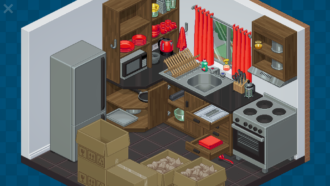 Unpacking is a game about making a space your own, taking space up, and making space for others. Each of the game’s levels is a loveable snapshot of believable modern human life. Brisbane-based developer Witch Beam have made a delightful game that I know fans of Aussie indies have been looking forward to for a long time. It isn’t just a fantasy where I’m more organised than in my real life, it’s a relaxing, stress-free experience that I will definitely revisit.