Chorus Review – A woman and her sentient spaceship friend

Traveling through the cosmos is an experience many games have tried to emulate since their earliest inception. While technology has improved and the vision for what constitutes a video game set in space has grown in scope, Chorus is all about the majestic art of flying a tiny starship with devastating firepower to take down entire fleets of starships.

When it was first unveiled during an Xbox Games showcase, Chorus left a lasting impression thanks to its visually striking main character Nara, and her advanced artificially intelligent starship, Forsaken. While a lot of information regarding the narrative of the game was left vague, the game’s space combat showed a tightly fast-paced action game. Not only that but the general atmosphere and tone told a darker vision of this sci-fi world, with a light pervasive tone of fantastical story elements. It was enough to catch a few gamers by surprise, and now it’s finally here.

Chorus starts with a heavy expository cutscene that details both the world, the story, and our main character. I’ve finished the game and I can only just manage to remember our two main characters’ names, one of whom is a sentient and highly advanced starship. So sadly, the game’s narrative core is its least compelling aspect with forgettable supporting characters, both in the main plot as well as side missions.

Our main character Nara has abandoned her once trusted Cult to join the resistance group, known as the Enclave. After a traumatic experience that opens her eyes to the horrors and atrocities her former company were doing and that she was complicit in enacting, she decides to take the fight back to them to stop the Cult once and for all. As far as plots go, Chorus doesn’t do much to stand apart but it does enough to provide a satisfactory narrative context for the game’s much more interesting gameplay loop.

The world of Chorus is thankfully not so forgettable. Visually striking upon first seeing it, flying through the cosmos at near FTL speeds can at times be oddly therapeutic. It’s the vast nature of space and the isolation it brings that provides this strange but comforting balance. Exploring the various areas in the system is almost accidental by nature, as there really aren’t any roads in space to speak of aside from interstellar highways that can help speed up traversal if you happen to be in a hurry to get to your next mission.

On the opposite end of the spectrum is space combat, where the game can truly shine. Dogfights and tight maneuvering are par for the course in Chorus, and are where both complexity and tension scale in tandem as you progress through the game. I initially found the combat of the game to be slightly stiff, with me almost wishing I played this game on mouse and keyboard instead of using a controller. While the former would no doubt provide more fine-tuned controls, I’m happy to say that once the game opens up a bit more, controlling Forsaken plays perfectly on two control sticks.

All of this running at a buttery smooth 60 frames per second, drifting through space to get behind enemy starships, or boosting through obstacles at high speed feels incredibly satisfying. It successfully replicates the feeling of being this renowned scavenger pilot with special abilities; maneuvering effortlessly against enemies when you’re outnumbered twenty to one is child’s play when you know you are fully in control.

The game’s user interface albeit looking thematically great can oftentimes be confusing when trying to decipher where your next objective is. This becomes most apparent when looking for specific points of interest while searching inside a mission area; having the vastness of space means you’ll be relying heavily on your sensory ability to narrow down your search radius. Even when you are supposedly in the correct position, some things may not activate correctly or issue the correct prompt, leading to mild frustration. This issue does become less and less intrusive as you become more familiar with the game’s systems however, so isn’t entirely negative. 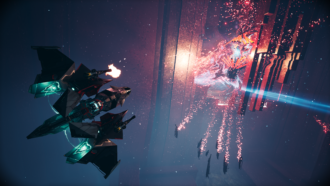 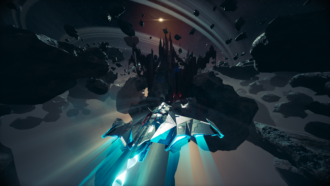 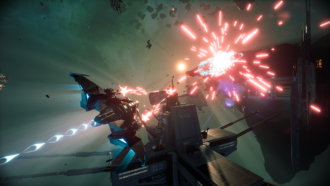 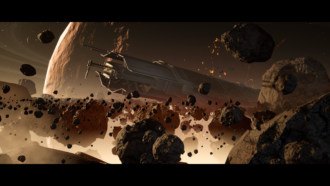 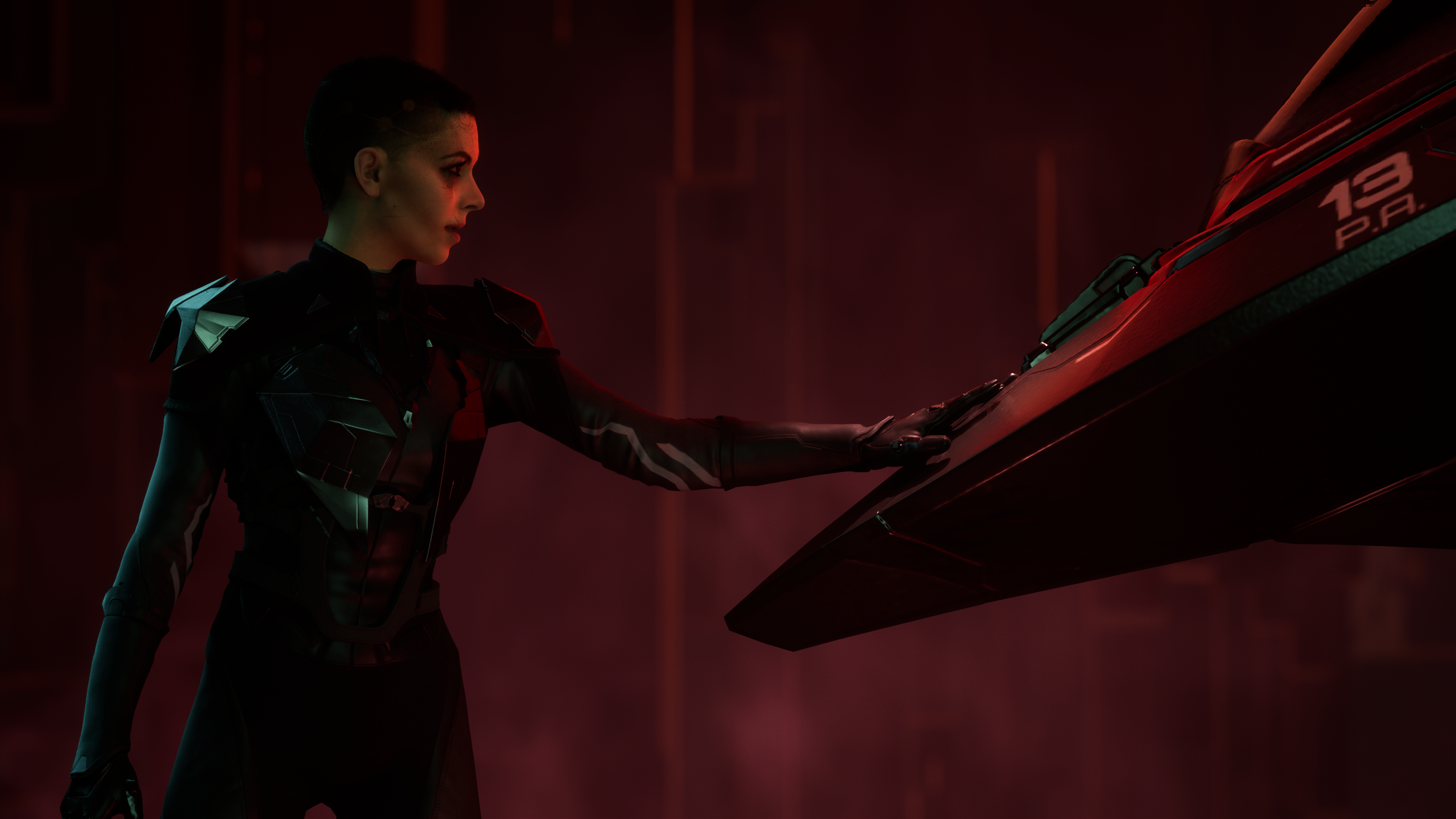 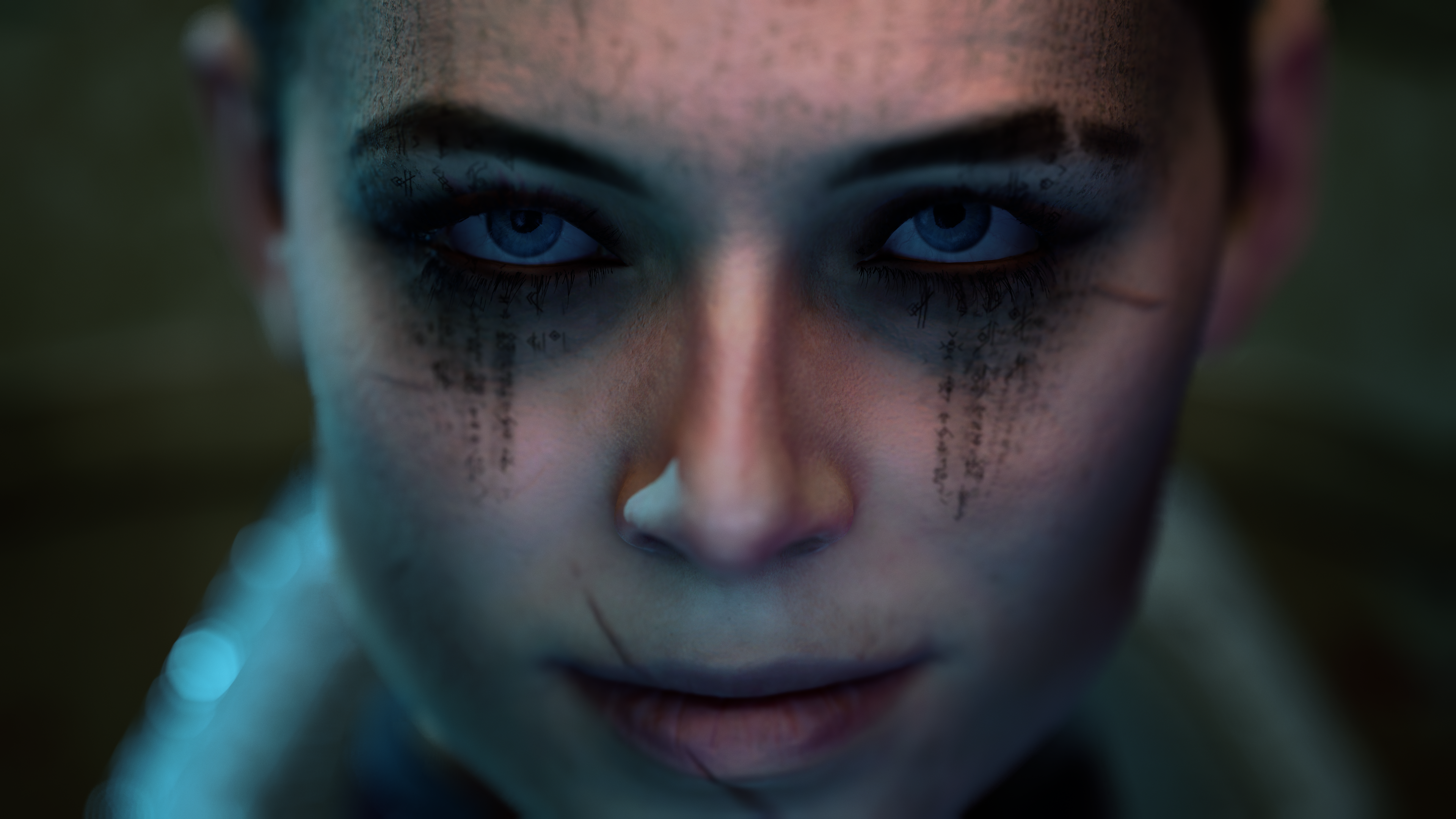 An interesting twist to Chorus’ core gameplay loop is the inclusion of psychic abilities that Nara possesses and slowly unlocks throughout the game, known as Rites. Rites offer different uses but are most useful during space combat. Whether it’s teleporting directly behind enemy starships, immediately zapping enemy shields, or extending your radars detection; Nara’s abilities provide fresh variety in an otherwise hard science fiction world.  That’s not to say you can’t rely on your starships firepower. Upgrading your ship is all part of the experience as well, and is your main incentive for seeking out the games sprinkled side missions. These can range from quick delivery or scavenging missions to side stories involving new characters with personal struggles, lost children, or dealing with unsavory pirate gangs.

The upgrade system itself is fairly robust, with options to outfit Forsaken with various mods providing buffs for various stats to favour your preferred method of play. There are also set stat increases as well, such as increasing the strength of your shields and armour. During your playthrough, you will also unlock new weapons such as missiles and energy weapons, each serving a specific purpose to take down different enemy archetypes. This offers a dynamic rock-paper-scissor-style gameplay loop that will keep you thinking during combat and not relying on any one strategy, keeping the game fresh and from becoming too repetitive. Chorus’ combat becomes more like a dance through space rather than just straight-up dogfighting. Combining your Rite abilities with your arsenal of weapons creates a plethora of ways to dispatch your foes in new and efficient ways. And it is this core gameplay loop that makes Chorus so fun to play.

While Chorus lacks a more deft approach in telling its story, its gameplay more than makes up for it. The game provides a nice sandbox experience to explore a beautifully realised cosmos, with different-looking systems to explore to add some nice variety.  Exploring this galaxy on its own could be enough in its own right, but space combat also offers an enjoyable and satisfying experience that controls superbly well. Chorus achieves where it counts and I feel there may be potential for this team to explore a sequel should they so choose. It offers a compelling enough world that could evoke stories that might matter more to the player, widening the potential for the game’s context to further emphasise the game’s truly stellar combat .