There has been a lot of hype around Sifu and for good reason. The unique gameplay mechanic of aging every time that you die, gorgeous art style, and slick kung fu moves made it look like an impressive start to 2022. When I was given the opportunity to preview the game a few months back, I even said that Sifu could easily be a 2022 game of the year contender. However, when playing a review copy of the martial arts beat em’ up, I found that Sifu has a plethora of other issues that made me become frustrated pretty easily; which made playing the game more exhausting than exciting.

Disclaimer: due to Sifu’s intense difficulty, I was unable to complete the title, something we always strive to do with our review content. Instead, I bring you this review after spending 15 hours in the game’s challenging world.

The game starts off promising, especially letting you choose whether you play as female or male—a choice not given in the preview copy. Seeing a woman kick butt is always high on my priority list, so of course I chose a female protagonist. The narrative focuses on the player character seeking revenge for the death of their father. There are five people on your hit list, something that can be tracked in your protagonist’s base, their training area. This is where you are taken between levels or return to if you give up or die completely.  Here you will also find your Detective Board, which incorporates clues and objects that you find along your travels. These include photos of bosses and key cards that, once obtained, secure you a shortcut to later areas of the level.

This board is the main narrative vehicle of the game. In fact, other than the starting flashback scene showing the protagonist’s father’s death and a few short dialogue encounters, there is a lack of storytelling. This is an opportunity that feels missed by developer Sloclap, as the game could definitely be enriched by some hints to your protagonist’s personality. I’d love to know more about the protagonist’s relationship with their deceased father, and why the Chinese Feng Shui coins they carry on their hip just so happen to bring them back to life.  Without using these elements to expand on the protagonist’s story, they come across as quite one-dimensional, especially considering you barely hear the protagonist talk.

The first area you will find yourself in is The Squats, where your aim is to kill the first person on your hit list—Fajar. The environment around you is stunning; Sloclap know how to create an atmosphere that really embodies the feeling of the area. This is achieved by including finer details, such as dirty dishes in sinks, graffiti, and scaffolding, all of which give you a little more insight into the nature of the environment and its inhabitants.

The sound too, including the original soundtrack created by music composer Howie Lee, is perfect for the fast-paced vibe of the gameplay. The inclusion of extra environmental sounds, such as flies and rusty fans coming through the PS5 controller, highlights the poverty of those living in The Squats and immerses you right into the world.

Watching the protagonist and the many enemies that surround them perform kung fu moves is delicious eye candy. There is a glorious smoothness to the look of the combat in Sifu—to the impact of hits and flow of misses. All the 160 moves in the game were choreographed by Pak Mei master Benjamin Colussi, who has said that the martial arts style is “ferocious, powerful, fast and accurate.” Kevin Roger, animation director at Sloclap, said that he wanted the player to make “a beautiful situation” out of the moves they put into action. These moves include pushbacks, roundhouse kicks, and my favourite, the leg sweep. This move knocks your enemy to the ground, allowing you to get in a few extra punches before they recover. The game itself is focused all around these moves and warding off the continuous steady flow of enemies that you encounter.

“…the aging system, the unique mechanic that brought so much anticipation to the game in the first place, is one of the reasons the game has so many issues.”

This brings me to the games biggest downfall—its difficulty. Don’t get me wrong, I love me a good, hard boss fight. I’m super duper patient as well—I’ve never rage quit, thrown anything at my TV, or broken any of my controllers. However, I was close to doing all of the above at some stage during my time with Sifu. It’s not just that the game was too difficult, it’s that it was boringly difficult. Due to a number of gameplay elements, I had to play the same areas of the game and try to defeat the same enemies many times over. The sad thing is that the aging system, the unique mechanic that brought so much anticipation to the game in the first place, is one of the reasons the game has so many issues.

The aging mechanic works like this: for every time your health meter is emptied, you die and age at least a year. The amount of years you age corresponds to your death counter. Die for the first time at age 20 and you age a year. Die again at age 21 and now you’re 23. If you happen to defeat a mini-boss or character that’s extra tough, you could reduce your death counter by 1, meaning your next death ages you 1 year less. The older you are, the less health you have as well, which just puts you one step closer to your next death. Get above age 80 and it’s game over. Conquering Sifu isn’t just about the age you are, it’s also the number of deaths you have under your belt. You are like a cat of the martial arts world, with multiple lives available to you.

Deaths and death counters don’t reset upon the completion of a level either. If you finish a level at age 50 after beating a very hard boss, you’ll enter the next area still at age 50 with likely only a few lives left before it’s game over. The game does give you the option to “give up” on the level and bring you back to your training area, though all your experience points will be wiped. Luckily, Detective Board items stay, so if you’ve found a key that lets you bypass some fighting, you will still have this at your disposal even after ultimate death.

I was in denial for a while, thinking that I could regain my lost lives via dodging enemies and pouncing on them at just the right time. Obviously easier said than done, with many of the enemies coming in droves and surrounding me, making it impossible to fight them all at the same time. Having a weapon on hand did come in handy as they did more damage than my fists. And thankfully there was usually the odd pipe or stick lying around that you could flick up with your foot and use in combat. But even then, enemies ate away at my health as quickly as my dog eats her dinner. When I got to a certain amount of deaths in a level, I would just give up, knowing that I couldn’t go into the next level with so few lives left.

There are no health upgrades either with experience going towards unlocking new moves. To be able to use these moves throughout other levels, you need to unlock them in-game five times, meaning that permanently unlocking them is difficult to come by. Experience points are obtained by completing fancy combos, which, due to the speed and ferocity of enemies, is very hard to perform. By the time you input a specific button combination to pull off a move, enemies will have already given me a good thrashing. With health so easily drained, I really couldn’t afford to set myself up to be throttled, and so relying on mashing the light and heavy attacks, alongside dodges and blocks, just seemed like the most viable option. 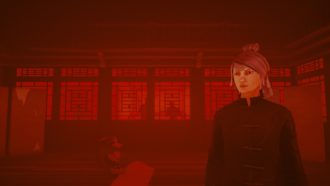 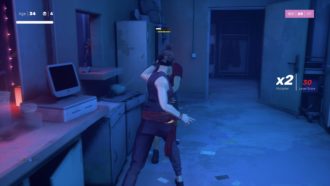 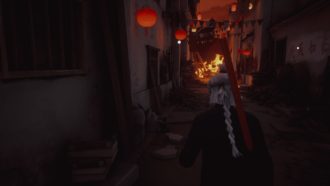 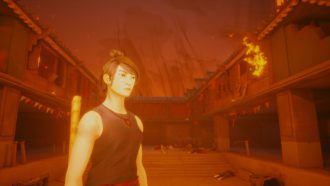 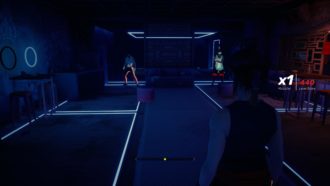 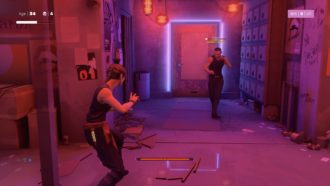 Sifu does offer shortcuts once you make your way through about half of any given level. However, these shortcuts aren’t really that short. In the second level, The Club, the game makes you fight three mini-bosses even with access to the shortcut. By the time I got to the main boss of The Club, I had died a number of times due to the difficulty of the mini-bosses and only lasted a few minutes before the boss absolutely pulverised me. It got to the point that I just couldn’t stomach completing the whole level again just to try and outlast a boss who was ridiculously overpowered.

Sifu’s difficulty and game design raise questions of accessibility and balance issues. It also raises questions over how one game can be difficult yet feel fair and others, like this, can feel difficult but feel frustrating. I may have gone in excited, but I leave ultimately disappointed by what Sifu could have been.

Sifu is a game that could have been something amazing, with its fascinating premise and superbly crafted and fluid combat mechanics and animations. However, the game’s frustrating need to make the gameplay ridiculously hard just left me tired and annoyed. Sloclap really needs to think about how they can make this game more accessible, possibly by including more shortcuts, an adjustable difficulty setting, or just lowering the impact of health lost from fighting your average foe. Hopefully they will bring in some patches that will address these issues, but as it stands, I’d wait before investing time in the world of Sifu.