Back in February during Sony’s State of Play, Sloclap (known previously for their game Absolver) announced they were working on a martial arts beat em’ up called Sifu. The mechanic that looked the most intriguing was a unique concept that consists of aging whenever you die. The teaser trailer didn’t really tell us too much and we were a bit in the dark about how this mechanic would work and how it would be handled narratively. A lot of these questions were answered when I was given the opportunity to play a preview copy of Sifu.

The preview starts with the protagonist at the age of 20, in their Wuguan, a Chinese training room. In the corner stands a wooden fighting dummy which leads to an empty space where your character can battle against an AI set to either attack passively or aggressively. Seeing as combat is an important concept to master, it’s smart of the devs to include this element even if it is just in the preview. The preview that I played does not include elements likely found in the full release such as the tutorial, introduction, and the first chapter. The action all starts in the second chapter of the brawler, where the game really does throw you into the deep end combat wise.

“The animation director… had three main goals for the martial arts moves, wanting them to be “effective… credible… beautiful.”

Because this preview sideswipes the majority of the narrative, the main focus is Sifu’s amazing combat. I like the fact that I had to spend a bit of time actually working out the combinations in order to conquer the multiple enemies that surrounded me. Sloclap wanted the protagonist to feel “pressure” when fighting and those vibes are definitely achieved! For the majority of my time with the preview, I only had two situations where I fought against one NPC. The other moments I was watching enemies flock towards me like I was a chip and they were seagulls. Though you can button mash, which I did for a little while, it’s using the game’s many combos that will lead to a more successful and impressive run.

Combo moves come in a few formats, such as palm strike, roundhouse, push kick, and heavy and light attacks. The time and thought put into these combinations is very impressive. The team enlisted the help of Kung-Fu master Benjamin Colussi, who studied from Pak Mei masters in China, and helped choreograph the 160 moves that the protagonist can perform. The animation director of Sifu, Kevin Roger, had three main goals for the martial arts moves, wanting them to be “effective… credible… beautiful.”

The Sloclap team want players to make their own work of art via the movements of the protagonist. It was pretty impressive to see the movements my character was busting as I was activating the combo patterns. I could also interact with the environment around me, such as sliding chairs towards characters which would trip them up and grabbing bottles to smash heads with. Weapons in the form of bats and bits of wood were also available, though sporadically. I actually liked how their availability was a random occurrence and whenever I was prompted to snatch up a weapon, I gleefully took the opportunity.

With the majority of the preview set in a dance club, the environment very much matches the frantic yet purposeful martial arts style. The artificial pinks and blues of strobe lights, NPCs dancing and mingling before they spied me, fast paced dance music – all this adds to a highly paced yet slick setting.

There were moments of frustration when the combos I had used only minutes earlier suddenly weren’t responsive. I would tap in the sequence to only have my character either stand still and therefore get throttled, or do a completely different move that wasn’t as effective as the one I had lined up. Another frustrating gameplay element was the “focus” mechanic, which when activated during a fight, radically slows things down and lets you see weak spots of the enemies you are faced with. This didn’t always work for me however, and a lot of the time when I pressed the focus button, time did slow down but no prompts were given as to where would be best to attack.

Also, the lack of narrative due to the preview starting at the beginning of chapter two made it hard to connect with my character as I was unaware of his motivations and goals. There are hints of what they are in the starting area of the Wuguan via a vision board that contains newspaper articles and photos that the protagonist has obviously used to piece together the mystery of his father’s inferred death. However, the preview lacks an insight into the character’s personality – is he a cutthroat take-no-prisoners kinda guy, or a I’m-using-these-skills-for-the-greater-good kinda guy? I’m hoping that once the final version is released, Sloclap will discuss the protagonist’s personality in more detail. 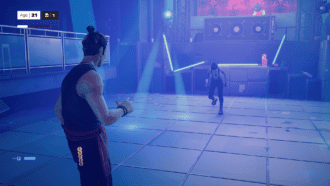 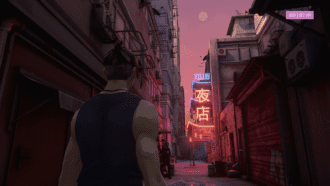 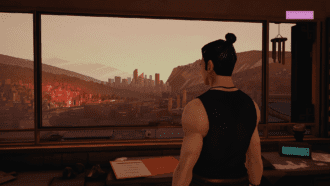 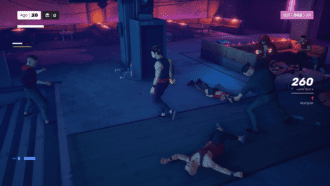 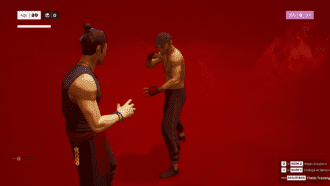 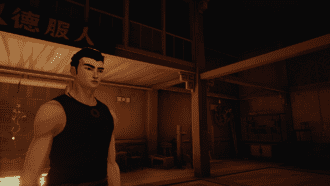 So, how exactly does this whole “ageing as you die” mechanic work? When you are KO’d, your screen goes grey and a counter appears adding first a year, then doubling that number as you continue. For example, the first time you die you will age up to 21, but the next time you will age by two years, then four years, then eight years, etc.

The protagonist has a magical pendant that contains five golden circles attached by a red string on the back of his pants. These are ancient Chinese coins that are usually hung on walls that symbolise protection, vitality and life force energy. When you die, the sparkle goes out of the circle the first time and then it breaks, indicating the amount of ‘deaths’ you have until your final demise when you reach around 70. Your character physically does age and though their health goes down, their experience increases, reinforcing the way the devs wanted players to learn from their mistakes and adapt to their environment. NPCs fought did sometimes say “Woah, why isn’t he dead?!” but that was all they said about the character’s superpower, anti-death aging abilities.

It makes sense that the devs would include a game mechanic that relies on players falling, but getting up again is even more important. As ancient Chinese philosopher Confucius said, “Fall down seven times, stand up eight.”

Sifu is shaping up to be a very impressive, high paced ride of a martial arts journey. It makes me even more excited to see how Sloclap is dedicated to honouring Chinese culture and working with experts to obtain a deeper understanding of ancient traditions. Though it’s obvious that the narrative isn’t the main star in this game, it will be interesting to see how they incorporate narrative elements alongside such impressive game mechanics. If the narrative and character development is just as rich and the game mechanics are more responsive, Sifu could be a very early 2022 GOTY contender.