The King of Fighters XV Review – The champ returns

The King of Fighters series has been a fighting game staple since the early 90s and has continued to retain massive audiences of devoted players for over two decades. It’s been nearly 6 years since the last instalment in the franchise’s long history, and its most recent release proves to be the most feature-rich version of the fighter yet. With 39 characters to choose from and various stages to stake your claim on as the best fighter of them all, KOF XV aims to be the definitive version of the legendary fighting game.

A 3v3 fighter, KOF allows for unique matchups between combatants that can make for exciting comebacks and exhilarating standoffs. While not a tag-team fighter by any means, the ability to pick from your personal favourite characters, allowing you to essentially learn three characters at once, makes for an interesting play dynamic. For newcomers like me, you’ll most definitely find your favourite characters and playstyles and use that as the basis on which you select your all-star team.

Unlike other fighting games that are celebrated for the attention given to telling an in-game story, KOF XV’s narrative is severely lacking. Even worse is the inherent need to be caught up with where the previous entries’ story left off, leaving new players scratching their heads at what little story is presented in the single hour of playtime that is available. You are able to run through story mode with different team combinations and difficulty settings, but the narrative structure will remain the same throughout.

While the main story was disappointing to say the least, the characterization of the game’s huge roster of characters was the exact opposite. While fighting games are mostly played for flashy special moves and devastating combos to unleash onto unsuspecting friends, character design also plays a huge role in attracting new players. With a mixture of both legacy characters and fresh faces, King of Fighters XV has the most eclectic roster I’ve seen in any fighting game. Ranging from the eccentric to the seemingly mundane, KOF is sure to provide you with at least several favourite characters to choose from and spend many hours learning to fully master.

King of Fighters XV focuses on players mastering the mechanics of the game so they can take their skills online. Online play is seemingly a major cornerstone for this release, with a high emphasis being placed on a stable online play experience thanks to improvements made to network stability and the inclusion of rollback netcode. The multiplayer experience is fairly seamless, with snappy functionality and the ability to play 3v3 matches in co-op with friends, where each person controls an individual character in the team. All of this is to say, if you enjoy testing your skill against other players, KOF XV services that need fully and then some. 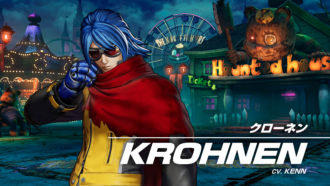 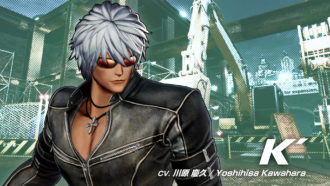 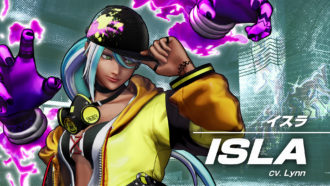 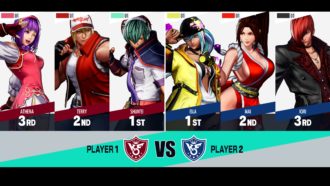 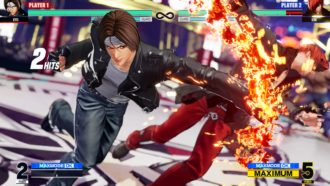 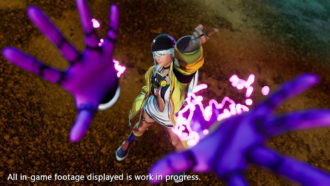 King of Fighters XV, like most fighting games, has a high skill ceiling, especially for newcomers to the genre. And when it comes to playing with people online, there is also something referred to in the community as “legacy skill” to contend with as well. This is a term used to describe people that have been playing this series for a very long time, possibly decades. It’s a pretty daunting prospect to be confronted with straight out the gate that will only become more obvious as the game matures and newcomers slowly move on to other games.

KOF XV does have an in-game tutorial as you would expect, but sadly it serves better as a checklist of moves and does very little in teaching you how the game is really played. While it does the job of telling you what the buttons do, it does very little in providing the right context for when something should be used or providing feedback if you’re doing something only slightly incorrect to the input that’s displayed onscreen.

“…if you’re able to overcome these gripes and discover the engaging and satisfying combat that KOF XV can offer, then it will be worth it.”

However, if you’re able to overcome these gripes and discover the engaging and satisfying combat that KOF XV can offer, then it will be worth it. You’ll slowly but surely sink into your favourite characters, discover their secret techniques by accident, and learn the idiosyncrasies that define their unique playstyles. King of Fighters rewards you with sticking with it, putting in the time and focus to truly grasp and understand its core systems, and learning individual characters that you can then apply effectively within that system of core mechanics.

King of Fighters XV surprised me in many ways, mainly in that it made me transition from being a frustrated rooky to growing in step with the game intricacies. It’s fun to think about how poorly I initially played due to a lack of both knowledge and skill, but then started to truly appreciate the game’s design complexity and the satisfaction of playing your best game and having it succeed in your favour.

While I believe KOF XV will, unfortunately, turn some newcomers away due to poor onboarding and lack of meaningful single-player offerings, I also feel the multiplayer experience is incredibly robust and will serve as a great foundation for future content and character DLC. KOF fans will no doubt feel well served with this release, but there is also much to discover and enjoy for those willing to dedicate the time and passion to become the very best fighter.

King of Fighters XV is the best version of KOF to date. Thanks to the improvements made to online play due to well-implemented roll-back netcode, it’s also a game primed for modern audiences and gaming habits. While its lack of a satisfying or engaging story mode holds it back from standing shoulder to shoulder with its genre brethren, SNK’s narrow focus does enough to show where their passion and enthusiasm truly lies. KOF XV is a precise and fun fighting game built for the series’ longstanding community of players.