Temtem Review – Was it super effective?

We took an early look at Temtem about two years ago. The monster-capturing adventure developed by Crema showed promise and offers Pokémon fans the online persistent multiplayer they’ve always dreamed of. Temtem built a strong following and the final product may be a joy to play but it needs work before it can stand up against Red and Pikachu.

Waking up on the islands of the Airborne Archipelago in the family home, tamers hastily meet with Prof. Konstantinos to pick their first Temtem. The mentor assigns a quest to meet Sophia, the first of eight Dojo Masters, at the neighbouring town of Arissola. Before venturing into the world, Max your arch-nemesis, demands a battle to see who is the best tamer.

Sound familiar? Temtem knows its influences and doesn’t shy away. The narrative and plot are identical to the top-down original pocket monster RPG. Each town you visit has a Dojo Master to defeat, all with a unique flair/type they specialise in. However, Temtem does take tamers on a windier road. Often the Dojo Master isn’t in their town when arriving and another quest to find wherever they’ve wandered off to is required before players can battle them. It adds to the experience the first few times, then the padding becomes annoying and formulaic.

“Temtem knows its influences and doesn’t shy away.”

What Temtem does right is make people interesting. Everyone has a distinct personality, even the player character and NPCs. Dojo Masters all have distinctive designs from each other, reflecting their hometown and the culture of that place. Rawiri is the fire and nature Dojo Master from Mokupuni, in the tropical cluster of islands called Omninesia. They wear a traditional Hawaiian-inspired outfit that matches their backstory. The non-binary rival Max is a triumphant addition whose nuisance is refreshing compared to the civil relationship that Pokémon’s rivals usually have.

Other tamers offer funny and meaningful conversations, too. For example, players will encounter the FreeTem activist group, NPCs against capturing the friendly creatures and believes they should live freely. FreeTem track every time a captured Temtem is released and offer rewards for reaching benchmarks. It is remarkable to see such an important discourse about animal welfare get proper recognition, among other discussions that Temtem offers in the adventure.

Temtem has inclusive player customisation. Tamer appearances can be initially changed at the start of the game to modify hairstyles, face shapes, and basic clothing. There is no gender selection, allowing players to design whomever they want. Further into the game, winnings called Pansuns can be used to buy more fashionable cosmetic items in boutiques. Clothing is expensive. While churning and grinding repeated Dojo battles does earn a good amount, the most efficient way to get Pansuns are microtransactions which limit the fun of personalisation. 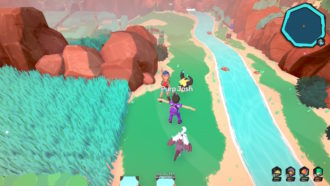 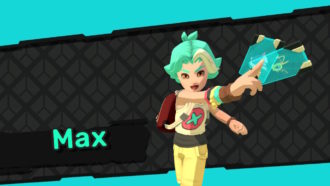 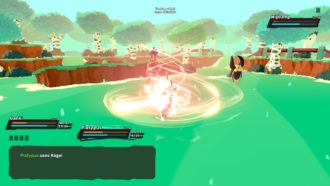 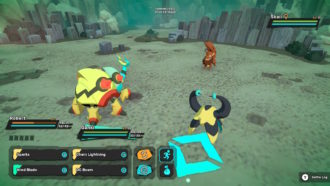 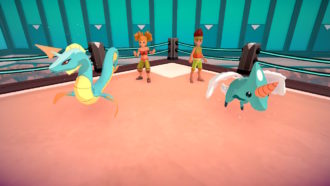 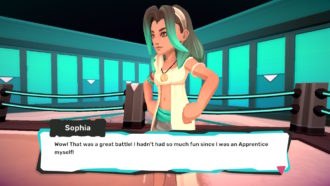 A twist to the familiar formula

Combat in Temtem is turned-based, two-on-two or two-on-one battles with a very recognisable structure. Battles are initiated from random encounters with Temtem in tall grass, water, or inside caves and with other tamers when walking within their line of sight.

There’s no point in introducing the combat mechanics—it’s all the same systems you know and love. Although, Temtem have stamina bars that are depleted from the moves they make in battle. If they use up all their stamina, they receive knockback damage and need to rest for a turn. The twist to the usual formula is actually somewhat refreshing and adds a new element of strategy to master in the journey, making it a better mechanic than PP.

Traits are passive effects in combat that each Temtem has. These can also change dynamics, such as amphibian which will give Crystle and other Temtem attack (ATK) and special attack (SPATK) buffs when hit with water-type moves. Gear can also be assigned to alter damage or specific effects like restoring health, which is critical in tough battles. These changes to the memorable turn-based structure make battles exciting and timing items or party strategy vital for success.

No random number generators (RNG) exist in Temtem, so it is noticeably more difficult than the popular monster-capturing franchise. Brute forcing through the main story isn’t going to cut it and tamer’s party of monsters won’t synchronously level up like in newer Pokémon games. In saying that, the difficulty is well balanced. The Dojo Masters and preceding battles are often satisfying challenges requiring a thoughtful approach.

Navigation is as expected, roaming around linear routes to cities as the quest continues. There are often returnable areas to explore further, but the problem with exploring the world of Temtem is how large it can be. There is no fast travel to visited cities until mounts are unlocked. In the meantime, players’ best option is to use the smoke bomb item to return to the last visited Temporium (Pokémon Centres). With frequent backtracking for often unrewarding side quests, the limited movement around this map adds unnecessary bloat to the main story and hinders the journey to the amazing endgame content.

Tamer’s Paradise and player-versus-player (PvP) is a majority of Temtem once the narrative is completed. Here, players can enter ranked competitive matches, join together for Raid Lair or Digilair challenges, and even face the four powerful bosses of the Archtamer’s Sanctum. TemSafari, Shifting Tower, and Grit and Draft are other player-versus-environment (PvE) activities in the endgame that offer outstanding multiplayer content. It’s a shame that it takes so long to get there without even a carrot on the stick. 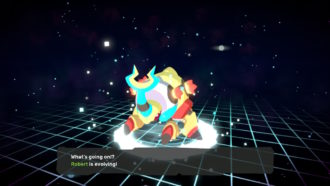 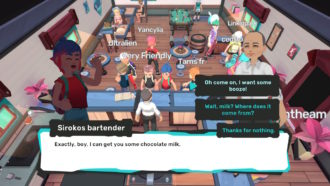 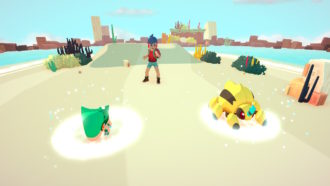 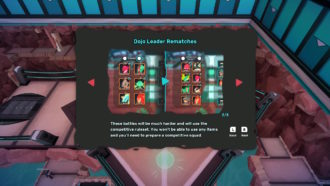 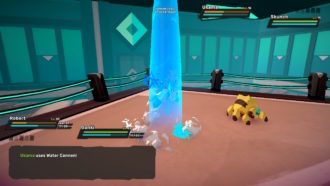 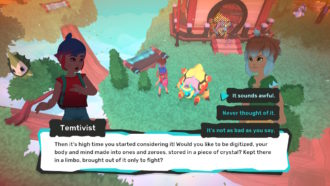 Online features mean tamers are all running around this world simultaneously, able to interact with each other in various ways. The downside is a lot of players venture solo and don’t take advantage of the fun multiplayer until the endgame.

Opening a menu of nearby players allows tamers to challenge others to competitive or casual battles, trade, or send a range of emotes. Entering a random fight against another person’s party is much easier than the old days when online play was minimal. Tamers can enter into cooperative play by grouping up as a party. Join forces with a friend or someone roaming around at any time to catch a new Temtem, complete a route, or face off against a Dojo Master while fighting alongside in dual battles.

“These multiplayer systems are great and exactly what fans have wanted for decades.”

These multiplayer systems are great and exactly what fans have wanted for decades. Yet, not many tamers want to team up or battle early on. It seems the current community is focused on solo play. There should be matchmaking or more incentive at the start of the game to get others to play through the main story. Without a friend, you’ll have trouble finding anyone accepting invites to battle, trade, or engage in co-op until you finally make it to endgame content.

Tamers can buy a house at Atoll Row and beautify it however they want using the Pansuns they gather from the adventure. Buy new furniture, paint walls and invite fellow tamers for a gathering. Combining Pokémon with Animal Crossing house design is a fantastic idea, except it’s shallow and not worth the time. Housing promotes microtransactions and the Tamer Pass, a premium battle pass inside this full-price game. Thankfully, it is purely cosmetic and can be ignored entirely. 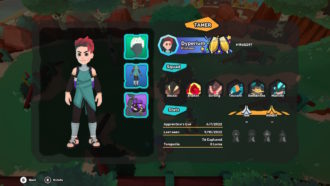 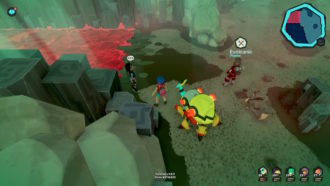 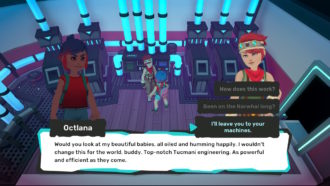 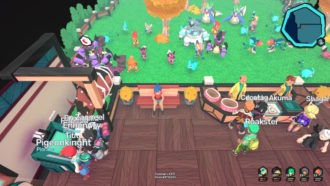 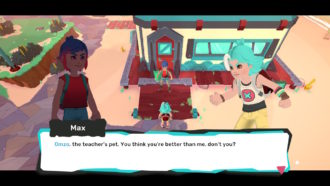 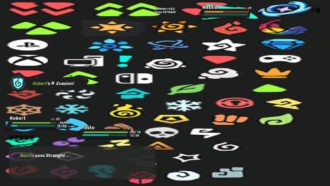 Temtem is paralysed and can’t move!

There are 164 Temtem to capture, all with creative looks. With original types like digital and crystal, there is a good range of variety in the designs of the creatures, their moves, and the habitats they are from. Having fresh faces in the roster means renaming Temtem doesn’t feel like a cardinal sin.

Unfortunately, the people don’t look so great. While their models and customisation options are fine, their faces are poorly painted on. The art is reminiscent of a children’s doll or the Spice Girls from the PlayStation Spice World game. It’s clear where the smaller budget ran out and fidelity was cut to make the game run smoothly.

Playing on the Nintendo Switch, Temtem runs horribly. Consistently dropping frame rates, odd visual glitches, and occasional crashes cause much frustration. These concerns aren’t an issue with other platforms, so playing the game on a PC is recommended to avoid functional problems. PC also means you won’t need an additional subscription like PlayStation Plus or Nintendo Online to play the always online adventure, especially when playing solo.

On the other hand, the music is excellent. There are certainly undertones of the inspiration material but the orchestral score with various strings and wind instruments composes its flair. The battle theme in particular features violins at the forefront for an elegant touch to intense combat. Complementing the music are the quality sound effects, electric attacks as shocking as expected, and other unforgettable chimes replaced with worthy contenders.

Temtem isn’t just a copycat Pokémon. Incorporating MMO elements and engaging characters into fan-favourite gameplay is an overwhelming success, with an abundance of addicting endgame content. Unfortunately, Temtem suffers from optimisation issues and needs to present its most captivating features at the forefront rather than behind the MMO grind and a slow main story. I can’t deny how much fun it is to play Temtem, it just needs more time and polish to be the best there ever was.