Batora: Lost Haven is an isometric planet-hopping action RPG where you play as Avril, a teenager gifted with mysterious powers and tasked to save the Earth from catastrophe. With its ambitious narrative scope and innovative Nature-switching gameplay, it’s certainly worth keeping an eye on, but its underbaked cast and somewhat wonky combat won’t appeal to everyone.

In Batora: Lost Haven, a mysterious catastrophe has destroyed half the world and left the city of London in rubble. Avril, a young woman who has recently lost her older sister Rose, is approached by Sun and Moon, two enigmatic incorporeal deities who promise Avril the opportunity to revive the world and reverse the apocalypse. In order to accomplish this, Sun and Moon teleport Avril and her friend Mila to four different planets. By absorbing their Cores, Sun and Moon will obtain the required power to save Earth. In the middle of all of it, Avril often encounters Batora, a strange old woman who claims to have created the universe and is following Avril’s journey.

On each planet that Avril visits, she encounters the local societies, makes alliances and helps resolve their problems. The extent to which each planet has its own supporting cast, backstory and conflicts between warring groups is ambitious. Unfortunately, the fast pace of the narrative makes it hard to become invested in the lives of the friends that Avril makes along the way. You only stay on each planet for an hour or two before moving on to the next one, and characters from previous planets are not often revisited or return to impact the narrative. The tone goes all over the place, flitting between scenes of Batora’s eccentric rambling to dramatic scenes of characters having guilt-induced mental breakdowns. Plus, the game lacks optional sidequests or dialogue trees which might have fleshed out the settings a bit more.

The theme of duality permeates Batora: Lost Haven, and this can prominently be seen in its moral choice system. At pivotal points in the story, the player can choose a Defender or Conqueror path; it is more of a Mass Effect-style Paragon or Renegade system than flat-out good or evil. While I do enjoy branching narratives and appreciated that the game often returns to past choices that you make, it has the same problem that most binary choice systems have, in that there is no benefit to being in the middle or switching between them. As such, having committed to playing a Defender playthrough from the start, it felt redundant for the game to constantly continue to ask how I wanted to continue to proceed. 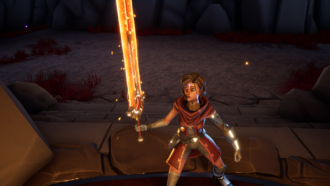 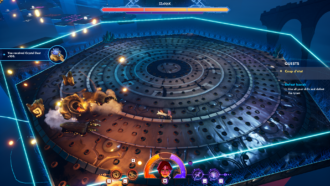 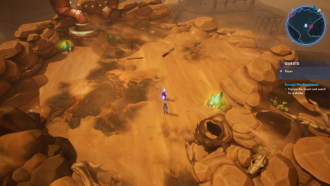 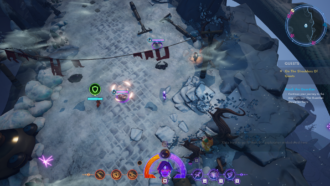 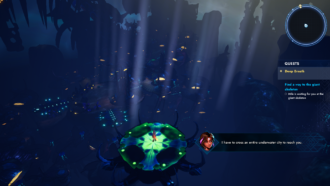 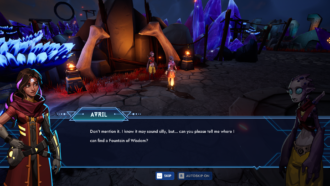 Combat in Batora: Lost Haven incorporates that duality theme into the combat in a big way. As part of her blessing from Sun and Moon, Avril can switch between her short-ranged Physical Nature and the long-ranged Mental Nature at the press of a button. All enemies are Physical or Mental in Nature, recognisable by an orange or purple colour scheme. To mix things up, a handful of more powerful hybrid enemies are thrown in for good measure. Each of Avril’s Natures has its own health bar and is damaged by being hit by an attack of a Physical or Mental Nature respectively. Although all of Avril’s attacks will damage enemies, only using Physical attacks against Physical enemies, and vice versa, will have a substantial effect.

The idea of switching Natures on the fly to respond to the enemies that come at you is an interesting one, and works decently well in practice. You can equip runes that improve the stats of your Natures, often with tradeoffs for the more powerful ones. As you progress through the game, you level up, which provides greater capacity for equipping runes, and more room to customise your build. The game’s boss fights also mix things up by switching between Physical and Mental health bars, or forcing you to whittle down both at once.

“Unfortunately, the end result of the Natures system feels like a frustrating limitation more than anything.”

Unfortunately, the end result of the Natures system feels like a frustrating limitation more than anything. Your moveset is already fairly limited, with only one type of default attack for each Nature, and a slowly-developing list of special attacks on cooldowns.

Batora: Lost Haven doesn’t throw hybrid enemies or evenly mixed groups of Physical and Mental foes at you often enough, leaving the player effectively forced to use only half their moves against their attackers. Giving more enemies hybrid health bars, or just having some foes not be vulnerable to a specific Nature at all, might have made the combat feel more versatile and make the player feel like they had more options.

Mixing things up between the isometric hack and slash combat are various puzzle areas. The colour scheme and focus on moving balls into receptacles and flipping switches in certain orders strongly evoke The Legend of Zelda: Breath of the Wild and Immortals Fenyx Rising, in a good way. There is a decent variety in how the game applies its limited repertoire of puzzle mechanics, and much like the storytelling, the main problem is that there isn’t enough of it. The only abilities that your puzzles use are your standard Physical and Mental attacks and occasionally the Blink move; it would have been good to see puzzles that required the use of more of your unlocked abilities later in the game.

Batora: Lost Haven is a mix of a lot of different ideas, some of which work well, others which don’t. The grand scope of its planet-hopping setting is impressive, but the moral choice aspects and supporting cast feel underdeveloped and shallow. The Nature-switching combat and puzzles also show promise. However, the limited combat options, and puzzles that make use of only a small number of your abilities, cause the experience to become repetitive before its brisk playtime is through. Despite these issues, Batora: Lost Haven is a unique and decent enough experience for sci-fi and action-RPG fans to consider checking it out.