When a band of warriors rescues a young woman from a carriage, you wouldn’t expect a story of political intrigue and complex character motivations. But The DioField Chronicle does its best to tell a political story interspersed with an engaging combat system. Complexity fills every aspect of this game, and it succeeds in making you think about the story as well as your next move. Unfortunately, that complexity is a double-edged sword. The DioField Chronicle doesn’t stop being complex, which adds additional burdens to a political story and battles that wear on you.

The DioField Chronicle looks at the tale of two men, Andrias Rhondarson and Fredret Lester. Accompanied by their friend, Izelair Wigan, they are recruited into a mercenary unit when they rescue an official who is in trouble. Andrias and Fredret embrace the role of mercenaries and eventually grow their group into a significant force. Along the way, they will meet a band of unique recruits, along with characters whose motives are often hard to divulge.

Politics is the main driver of the story in The DioField Chronicle, and it can be difficult to understand. There are very few singular goals, simple motivations, or opportunities for character development. The majority of characters have secrets, a hidden agenda, and personalities that mask the depths they are willing to go to achieve their goals. You will see events play out as everyone is playing the equivalent of high-stakes poker. They’re making their moves, watching other parties, and doing their best to cover themselves.

“..if you are willing to give the story a chance… you will find a surprisingly deep narrative that doesn’t shy away from the reality of politics.”

The story works well because everyone has that duality, but it can be a large turn-off for those who were looking for stories along the lines of Triangle Strategy or Fire Emblem. Concepts such as factions vying for power, deliberate vagueness, and a lack of genuine individuals can be frustrating for those looking for an easy narrative. Story twists are all political, with the player exposed to the successes and failures of different ideas.

Character development is hard to find because everyone has already developed, and are trying to bring their vision to the forefront. You are seeing the evolution of a nation in conflict, as different factions play political chess. It can be dry content for those who aren’t into political views or the deeper meanings behind actions. But if you are willing to give the story a chance, taking the time to understand it, you will find a surprisingly deep narrative that doesn’t shy away from the reality of politics.

One of the big draws of The DioField Chronicle is the combat system. You will fight in maps that are reminiscent of Fire Emblem, but it is real-time combat, with your enemies also moving around the map. You aren’t taking turns, or waiting to see if a position is good. Everyone is making their move, and enemies are happy to jump on you if you aren’t paying attention.

You will pause when selecting moves or abilities, or deciding where to send your units. But everything takes place in real-time, which adds a fun layer of strategy. You can’t be complacent and take your eyes off the battlefield. You also have to decide if a move is going to be useful or wait because you think the battle can quickly shift.

The DioField Chronicle has four classes to work with, but each class has different subclasses to add variety. You can have a front-line fighter fight like a thief, a swordsman, or be an axe-wielder. Each subclass can’t be changed, and they all have their own moveset. This freedom allows players to choose the characters they like, coming up with their own battle strategies. This expands when you can bring along another character as an auxiliary fighter, letting you get access to their abilities. You can’t use those auxiliary characters in battle, but it gives you significantly more options to get an “optimal” character combination.

Unfortunately, the fun complexity of the battle system doesn’t hide the simplicity of your enemies. You will largely go up against the same type of enemies, just with different appearances. The only thing that really changes is their level, making them progressively stronger as you go through the story. Once you find your favourite battle strategy, you will just repeat the same strategy every time. There’s no reason to innovate other than to use your favourite characters or to cover gaps when characters become unavailable. Enemies fall to the same combinations every time, which can wear out the fun quickly.

When you are taking a break from the story or combat, you will spend your time in the mercenary camp. You get to walk around the building and talk to characters, in a manner similar to Fire Emblem: Three Houses. Everyone who is siding with your mercenary faction can be talked to, and you can sometimes pick up side missions from them as well. It is also the place where you can buy equipment, upgrade weapons, and improve skills. It’s a nice break from combat, and it helps to try and flesh out the characters even if it is only a little.

It’s too bad that complex politics continues to interfere in potential conversations. Andrias is one of the most complex characters in the game, but he doesn’t spend time addressing character worries or being compassionate. Other characters also hide their agendas, or aren’t honest about their true motive. It doesn’t help that the conclusion of some character side missions is vague, as if the side missions were just an excuse to have a battle.

The 3D visuals are also betrayed by the wonderfully drawn 2D anime portraits. When you see a character’s 3D model, it’s hard to get attached. Their 2D portraits are more beautiful, expressive, and give you a better sense of a character’s personality. The 3D models feel as if the game’s complex story meant something was quickly thrown together.

You will look at a character and it will feel eerie, even if they are supposed to be calming/cute/mysterious. The lack of character development and attention to the models can turn you off from learning more about your teammates. It’s a shame because there are genuinely good opportunities to explore character motivations and development. Those opportunities are cast aside for the political drama, which isn’t necessarily the wrong move, but it can be difficult to cheer or feel really upset when something happens in the story when you aren’t attached to any character. 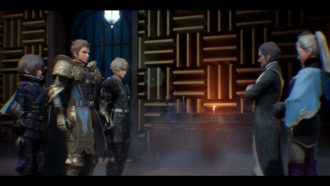 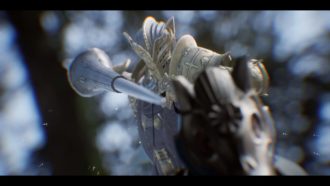 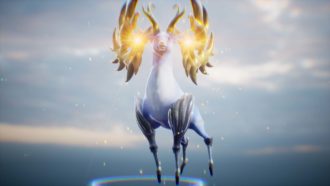 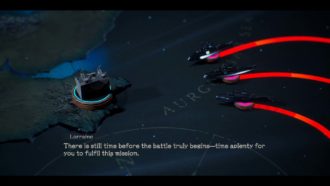 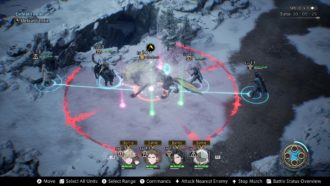 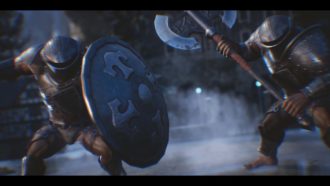 The DioField Chronicle feels like a game that wants to be complex and deep, and it succeeds in its goal. There’s a decent story and solid battle system under the dry narrative, and it doesn’t focus on characters to drive the story. Players who love political intrigue will feel right at home, though casual players may feel bored due to the dry narrative, as if they were watching an educational movie. But if you were in the mood for a game that makes you think, and you love complex political situations, you won’t find another game like The DioField Chronicle.

The DioField Chronicle is an enjoyable experience for players who are interested in games with political drama and intrigue. It thrives on being vague and secretive, which fits the themes encountered in the game. Combat can also be fun to play around with, and it forces you to think differently when enemies can move around. Unfortunately, the game can take complexity too far, and it isn’t a game for casual players. The battle system can feel repetitive with a lack of variety, and the only thing propelling you forward is your desire to know how it all ends. But if you are willing to put some time into the game and understand it, you will walk away with a decent experience that is enjoyable in its own right.