Modern Warfare II is considered to be the pinnacle of Call of Duty multiplayer design. Many years have passed since the simple days of online lobbies and split screen multiplayer; we now live in the age of live-service gaming, constant seasonal updates and changes being made almost daily. The newly released spiritual sequel to 2019s Modern Warfare has now finally arrived, with special thanks and shoutout to our very own local game developer contribution from Sledgehammer Games Melbourne studio. This title is the end result of multiple studios working collaboratively across the world to create the highest-selling Call of Duty title to date, and considering the quality, it’s well justified.

Modern Warefare II follows the tradition of its previous release with the campaign telling a divergent timeline of the original Modern Warfare trilogy’s characters, now set in a dramatised version of our current year. Place names are made up, and terrorist organisations are created out of thin air to serve the larger-than-life plot of bombastic proportions.

The playground that Call of Duty chooses to tell its story in is mired in problematic subtext and is decidedly middle of the road when it comes to tackling world issues such as racist stereotypes, and troubling depictions of military de-escalation tactics in civilian settings. Still, Modern Warefare II manages to impress both technically and tonally as it sets the player up for an exciting chase across the world to stop a missile strike that has the potential to kill millions.

“…Modern Warefare II has the highest amount of mission variety I’ve seen in quite some time.”

Stealth sniping in grasslands and canals, car chases in hot deserts, and an assault on an abandoned oil refinery – Modern Warefare II has the highest amount of mission variety I’ve seen in quite some time. Past releases had me feeling a general sense of fatigue a few hours into a campaign due to the somewhat repetitive task of shooting anything that moves.

However, Modern Warefare II brilliants set a narrative and gameplay pace that allows for high-intensity action and moments of calm to allow both its characters and its gameplay truly shine. This release has probably the most focus I’ve seen given to the game’s central cast of characters; ranging from fan favourites such as Ghost and Soap, to lovable newcomers Alejandro and Phillip Graves. The team dynamic is a notable highlight and a key friendship is formed over the course of the game that is easily missed if not paid close attention to.

I’m interested to see where exactly the overarching story goes from here, and whether or not Call of Duty will decide to address the elephant in the room when it comes to its fictional portrayal of real-world conflicts. Only time will tell, and most likely under new management when the Activision/Microsoft deal is penned and signed. I feel confident however that this current iteration of Call of Duty’s narrative will do more with its characters by humanising them to its players, and by doing so maybe start to grapple with the brutality of its subject matter. 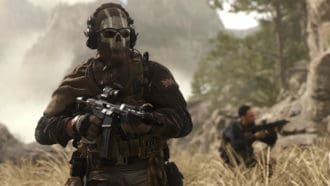 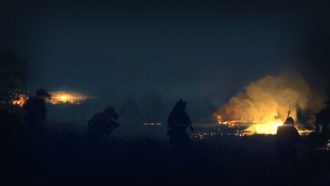 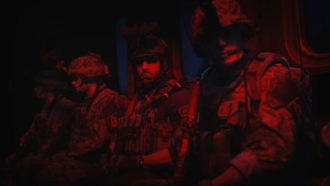 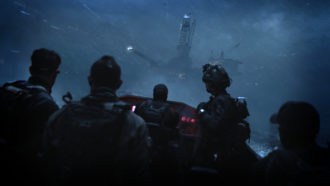 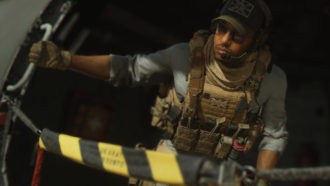 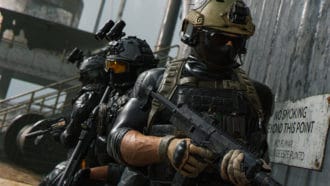 Multiplayer has always been where people’s time is spent most, and this time is no different. I have not had this much fun in Call of Duty multiplayer since the original Black Ops days. At launch, games were quick to load and there were minimal bugs or glitches that impeded my experience. Game mode and map variety were healthy, and thanks to skill-based matchmaking (a controversial feature for the Call of Duty franchise!) I was loaded into games with players of similar levels and skills.

This meant devoting a few hours of gaming after work didn’t result in wasted effort or feeling like I’d never get better from where I started. It allowed me to pick up where I left off all those years ago, and allow muscle memory to kick in. From that point on I was having a blast (literally!). The gunplay feels responsive and I was soon making custom load-outs to suit my preferred playstyle. Unfortunately, unlike previous games in the series, unlock progression for various guns and attachments is currently structured in such a way that forces players to use weapons they may not necessarily be a fan of. Instead of getting better at using the gun to unlock all of its attachments, I midway have to switch to a completely different weapon in order to unlock a specific attachment for the gun I actually prefer using.

It’s a grinding halt in an otherwise near-flawless rendition of classic boots-on-the-ground Call of Duty multiplayer. Despite that disappointment, the multiplayer future looks ripe for longevity and success. And with new maps being promised over the next year and a battle pass to boot, there will be a lot of added extras to keep players coming back for more. To speak more positively on multiplayer, the maps on offer feel like some of the best I’ve played in recent memory. Learning level layouts become easily accessible, as streets and corridors become natural chokepoints, and in the wise words of Captain Price; checking corners becomes a necessity in close quarters fire fights.

Game modes are plentiful and varied in Modern Warfare II. This includes from classics such as Team Deathmatch and Search & Destroy – modes that warrant sub-communities inside the already massive one that is Call of Duty’s players. There are new additions such as Prisoner Rescue, a tense game of exfiltration where players receive only one life with one chance to revive. A game can turn from a landslide victory to all of a sudden, the entire enemy team coming back to life for a second crack. While teamwork is necessary for modes like this, most players will find that relying on their teammates can oftentimes be a roll of the dice, whether or not they choose to play the objective.

And somehow, none of that deters me from having a great time playing these game modes. This could most likely be attributed to Skill based match-making or SBMM for short. This a highly controversial feature that has been in past games but not the most recent few. Older players such as myself grew up with SBMM, so its reintroduction is almost like returning back to the good old days when playing multiplayer didn’t leave you feeling worse about yourself. In fact, it’s quite the opposite. I can’t remember the last time that I spent more time in multiplayer than I did in the 6-8 hour campaign, but with Modern Waefare II that’s exactly what happened.

This Call of Duty above all other recent iterations feels like a release from over a decade ago, but not in a negative way. It feels like a true return to form for the series, a realisation internally of who the catered player audience should be. Modern Warfare became popular on the couch sitting in front of a TV with your friends playing through the campaign on Veteran. And finally, at long last, do I feel the need to get together with old friends and play a few games of Search & Destroy together.

Modern Warfare II is exactly what it says on the tin, but this time around it’s a different mixture inside said tin. While the game could be accused of continuing series tradition, I believe this game out of all the most recent Call of Duty titles is the most honest of its inspirations and its intention. This is the Call of Duty that tries and succeeds to recapture the spark that lit the gargantuan fire that is the Call of Duty franchise we know today. The original Modern Warfare trilogy started an empire. MW2 has ensured that its fall won’t happen for a good while longer, thanks to unparalleled multiplayer action and pure campaign spectacle. While there is always room for improvement and a desire from some sections of the fanbase to try something completely different; Modern Warefare II proves itself to be a spiritual sequel and a rebirth for the series moving forward into this new and exciting console generation.