Ancient legends say that if you say “Sports, Sports, Sports” into your 4k television, Andrew Wilson will appear and tell you about “Innovative Story Telling in Madden 2018″. E3 2017 began this year with the Electronic Arts event EA Play. Being first out the gate means a lot and so there were some high expectations for what they would bring to wow the crowds. Do you know what really get’s me psyched for video games? An overtly enthusiastic drum line.

Buckle in kids while we have a look at what was certainly an EA E3 conference through and through.

So while the event as a whole was pretty cringe-worthy, there was plenty to be excited about. The way it was spoken about was dubious but it is exciting to see Madden 2018 bring us Long Shot. The Journey in last years FIFA game was a surprise addition that brought something new to a fairly stale series; how they managed to get the Oscar Winning Mahershala AliJuan as a supporting role is baffling!

What was genuinely a surprise was the reveal of A Way Out. It comes to us from a lot of the core team who worked on Brothers: A Tale of Two Sons. As a huge fan of co-op, the way this requires split screen is so interesting. EA must really believe in this team as this would be the first game from this new development studio, Hazelight.

From something new to something sequel. Need for Speed: Payback did something I wasn’t expecting: it got my full attention. I’m no crazy driving fan but I always loved the Burnout series and if we’re being honest it feels like some of the magic from that series has been injected into the polish Need for Speed brings. This game essentially looks like it could license itself as The Fast and The Furious Game and I wouldn’t be surprised. It looks beautiful but the redirection regarding story and how we will play these sections is what will make or break the game.

Star Wars: Battlefront II was always one of the big titles that EA were going to be showing. There was a real mix with this title so let’s look at the positive first. The game looks beautiful. The bright and colourful map “Assault on Theed” was a great choice and not only did it demonstrate a great multiplayer map, it showed off the new droid faction — no matter how much you hate the droids and the prequels, they looked super cute darting around in the bedlam.

Another big announcement was that DLC for the game would be free, a completely different tone after the last instalment of Battlefront. I for one am super excited to play as Captain Phasma who I’m hoping to see redeem herself on The Last Jedi after she went out like a punk in The Force Awakens.

But most of all a massive shout-out to the highlight of EA’s press conference, Janina Gavankar. When she first came out she was pretty stilted and uncomfortable but she quickly warmed up and to be honest by the end she was super endearing and I’m so excited to be playing her character in the single player campaign. She is the voice behind the Empire soldier that we’ll be taking over in said campaign and the fact that we are playing as the Empire has me pretty excited – I’m also hoping that since the story takes place right after Return of the Jedi we can have very limited Jedi and Sith. However talking about the single player campaign brings us around to…

So when you decide to start the Battlefront portion of your show with a tweet from John Boyega, one of the stars of Star Wars franchise, questioning if fans will actually get a single player campaign you may want to do one thing. Make sure you show some of that single player campaign. Literally all we got of single player was 15 seconds of one cut-scene, it doesn’t make me feel like the focus is on the solo play experience.

Bioware turned up to say that Anthem existed and that was exciting. Unfortunately for EA though, Microsoft must have really paid a lot to get the gameplay reveal —  that would have been a big win for EA had they shown it. We also got short changed on the new Battlefield 1 DLC. Let’s be honest I will never play Battlefield 1 but the thing I was excited to see from Battlefield was the new badass Russian female scout from the Battalion of Death. We got one glance at her and that was it, instead what we got lots of was…

For clarity’s sake, consider this to be a continuation of “The Bad”. I watch Let’s Plays and I get that they are a big part of modern gaming with a huge following on places like YouTube and Twitch. However nothing really brings your conference to a grinding halt like watching 40 streamers playing a game that you have almost no context for. We’ve established I am a Star Wars fan, but when I can’t tell who’s winning and loosing over the shout casting and the rapid cuts between players how am I supposed to care about your game? Then they did it again with Battlefield 1’s new DLC map, there was one moment that they let us sit on one player for a moment and that was actually a lot of fun — moments later we were scrolling through enemies non stop.

Finally at the end of the Battlefield 1’s stream the hosts announced “we’ve got one more big surprise”… and my interests piked, I leaned into my screen. What followed was video of clips of a couple playing Battlefield 1 together, and my salt levels rose to an all new high because I could tell what was coming. Which leads us into…

It was all very cute that they met with gaming and he proposed, her super closed off body language sent the message that while she may love this man she did not look into it — she was probably even less into the crowd of streamers who started bellowing “OOH-RAH” when she said yes. Someone might need to remind this crowd of gamers that they aren’t in the Marine Corps. 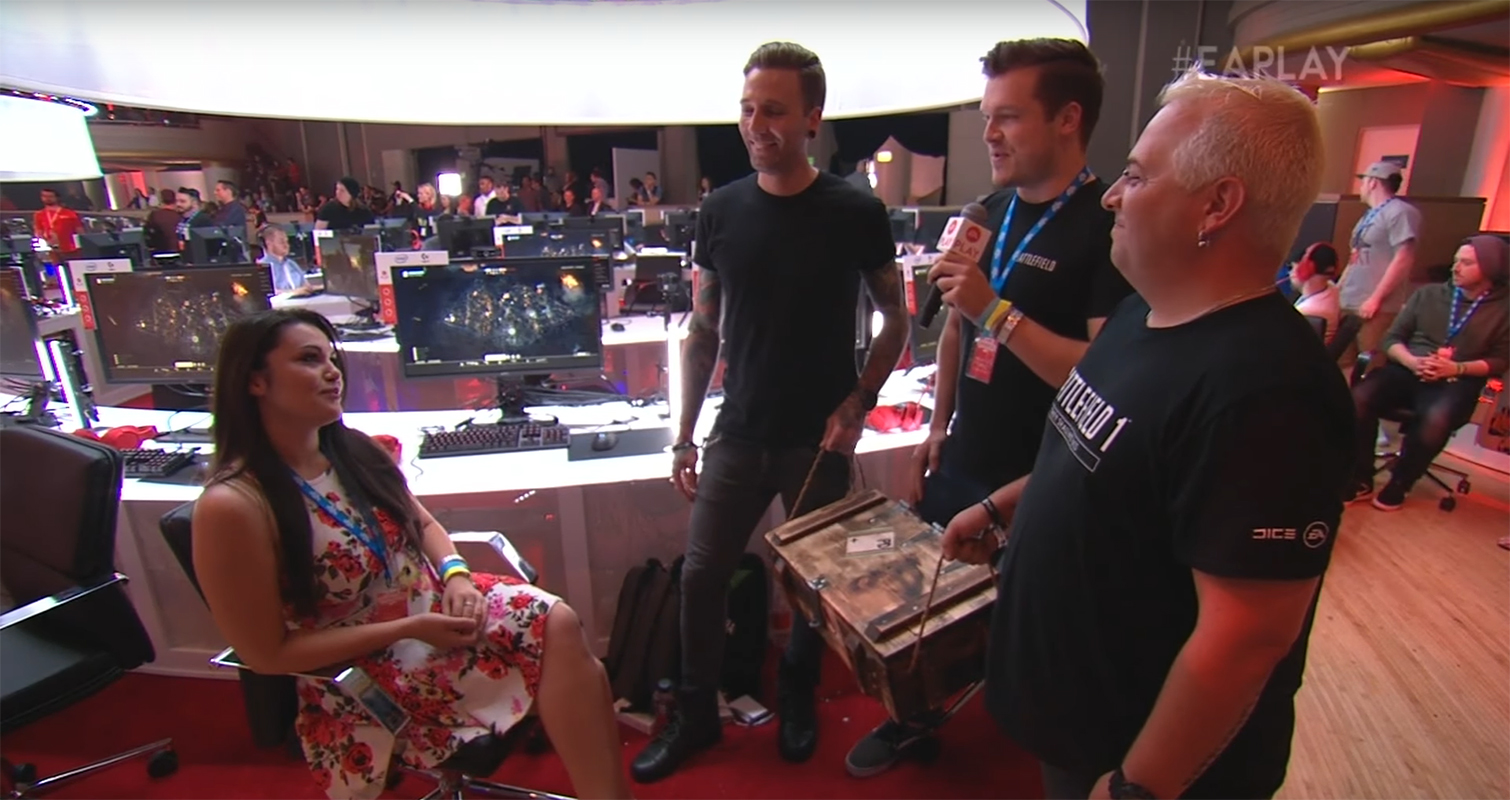 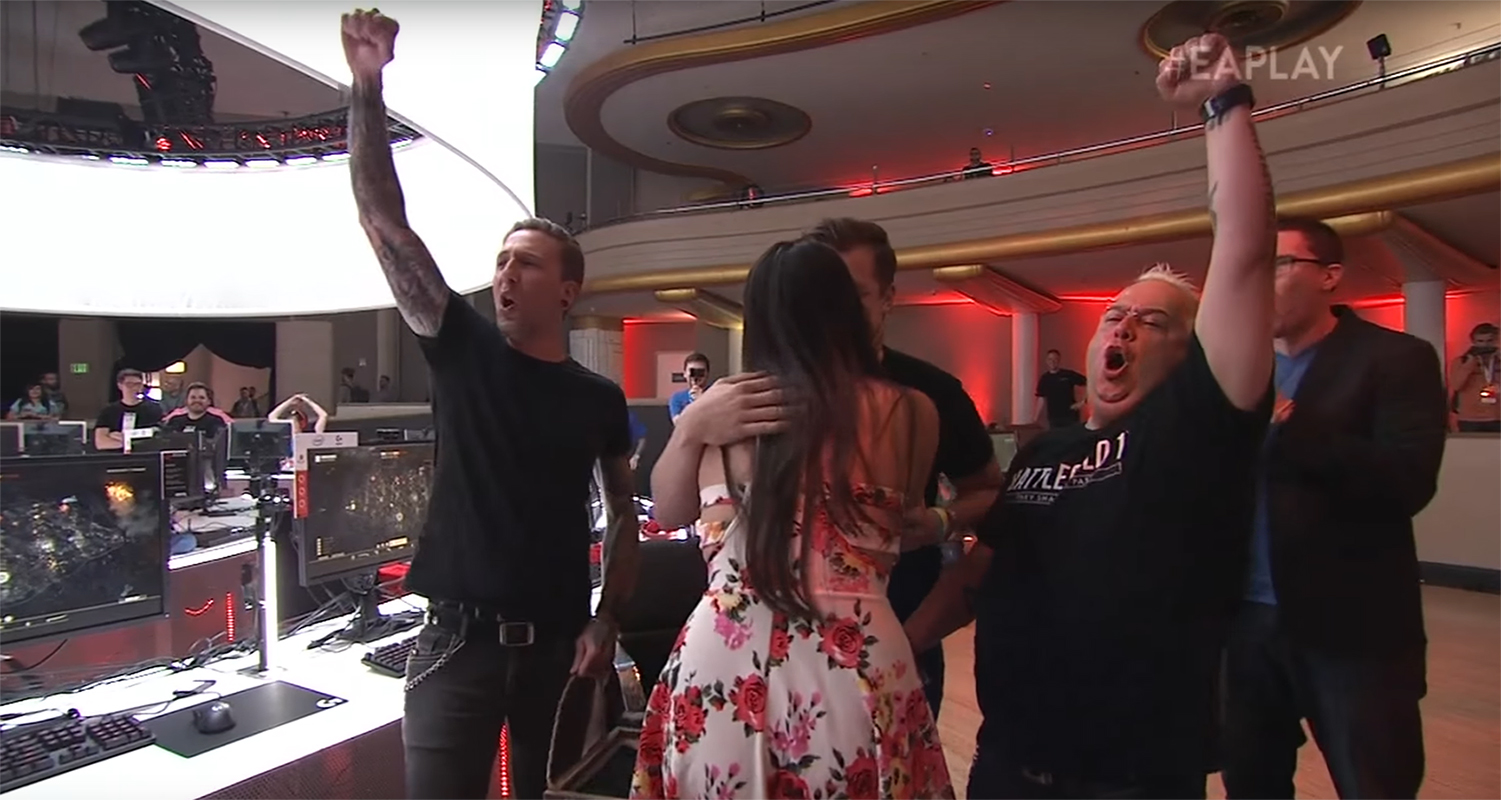 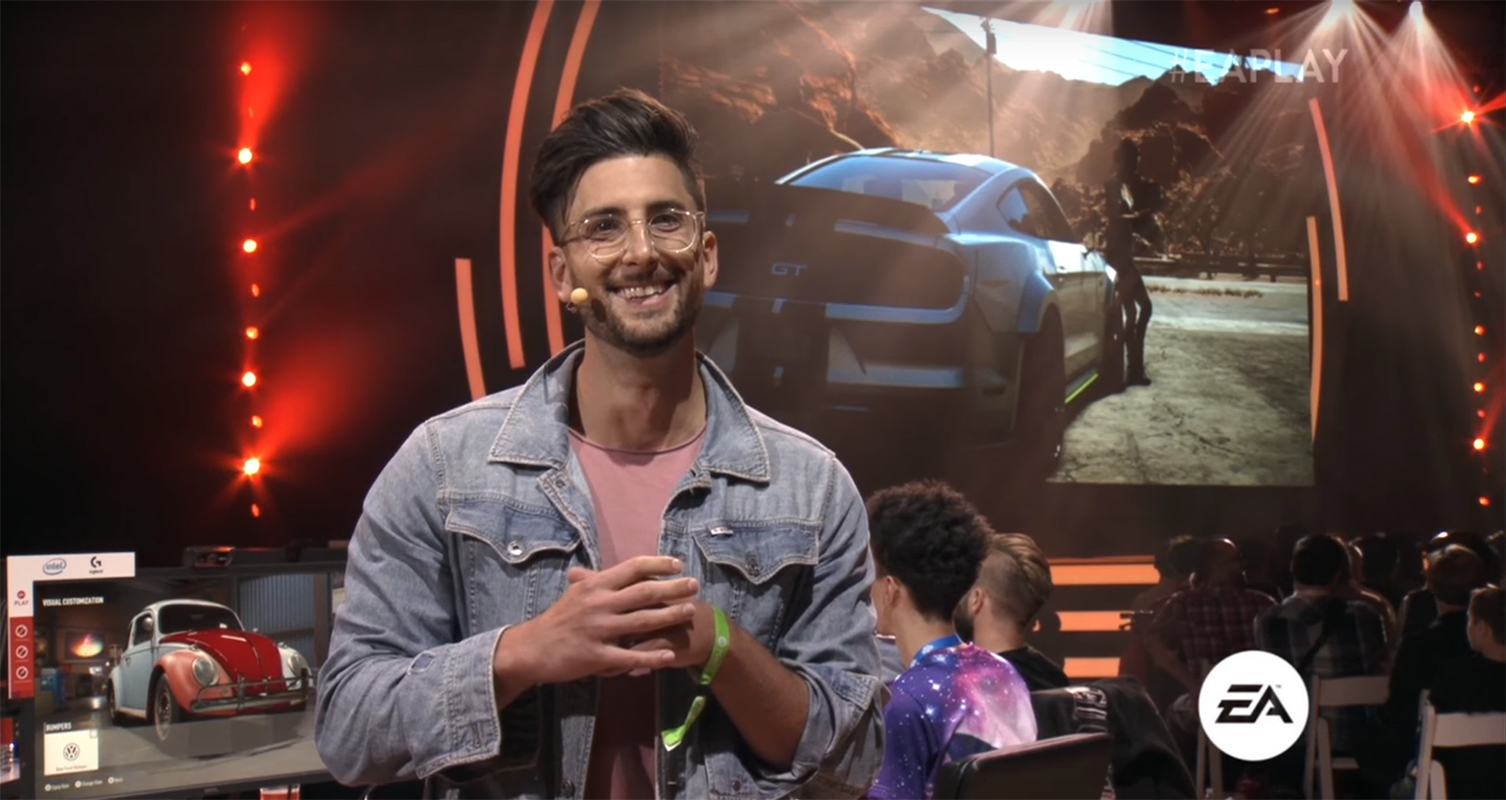 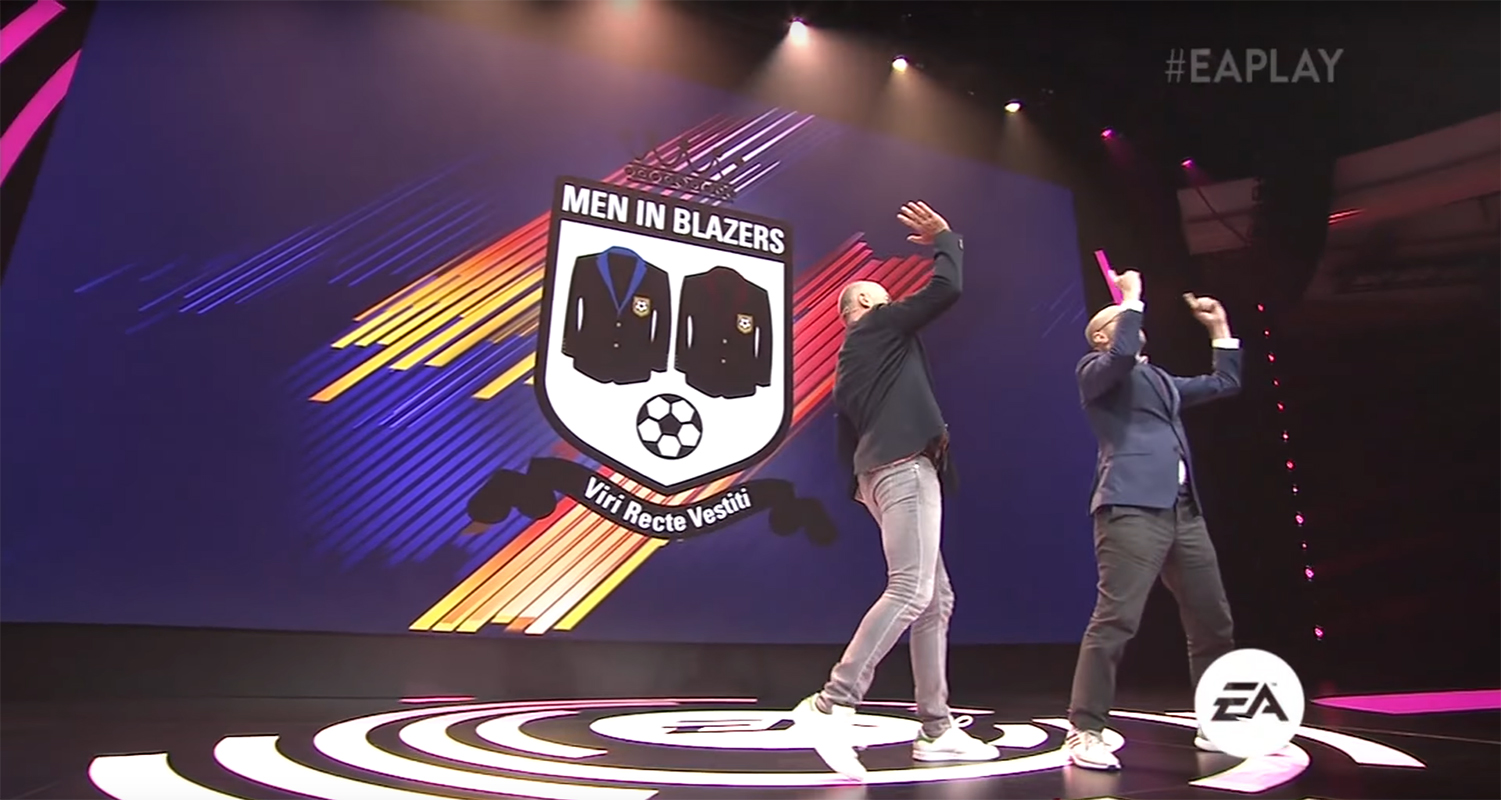 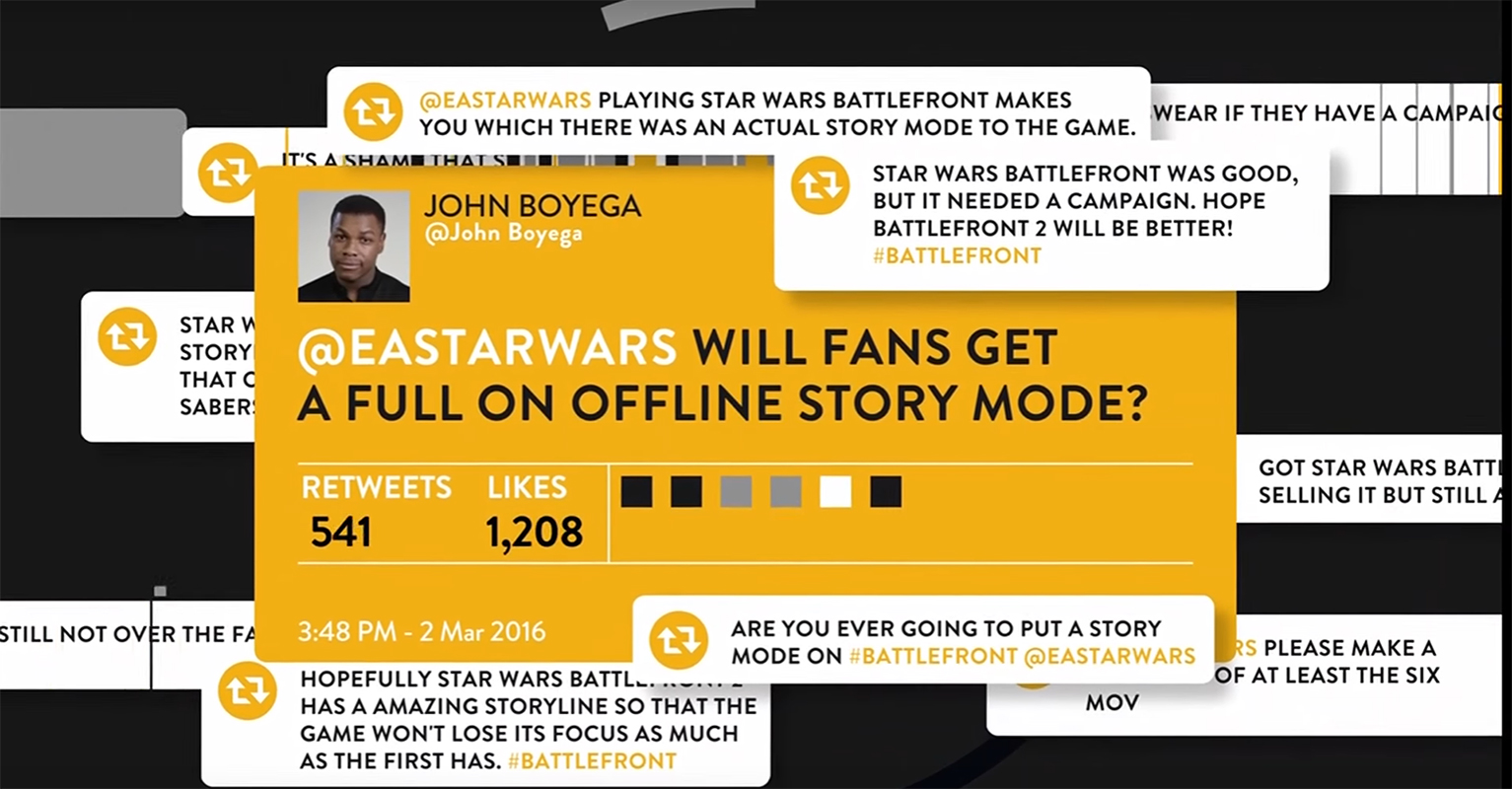 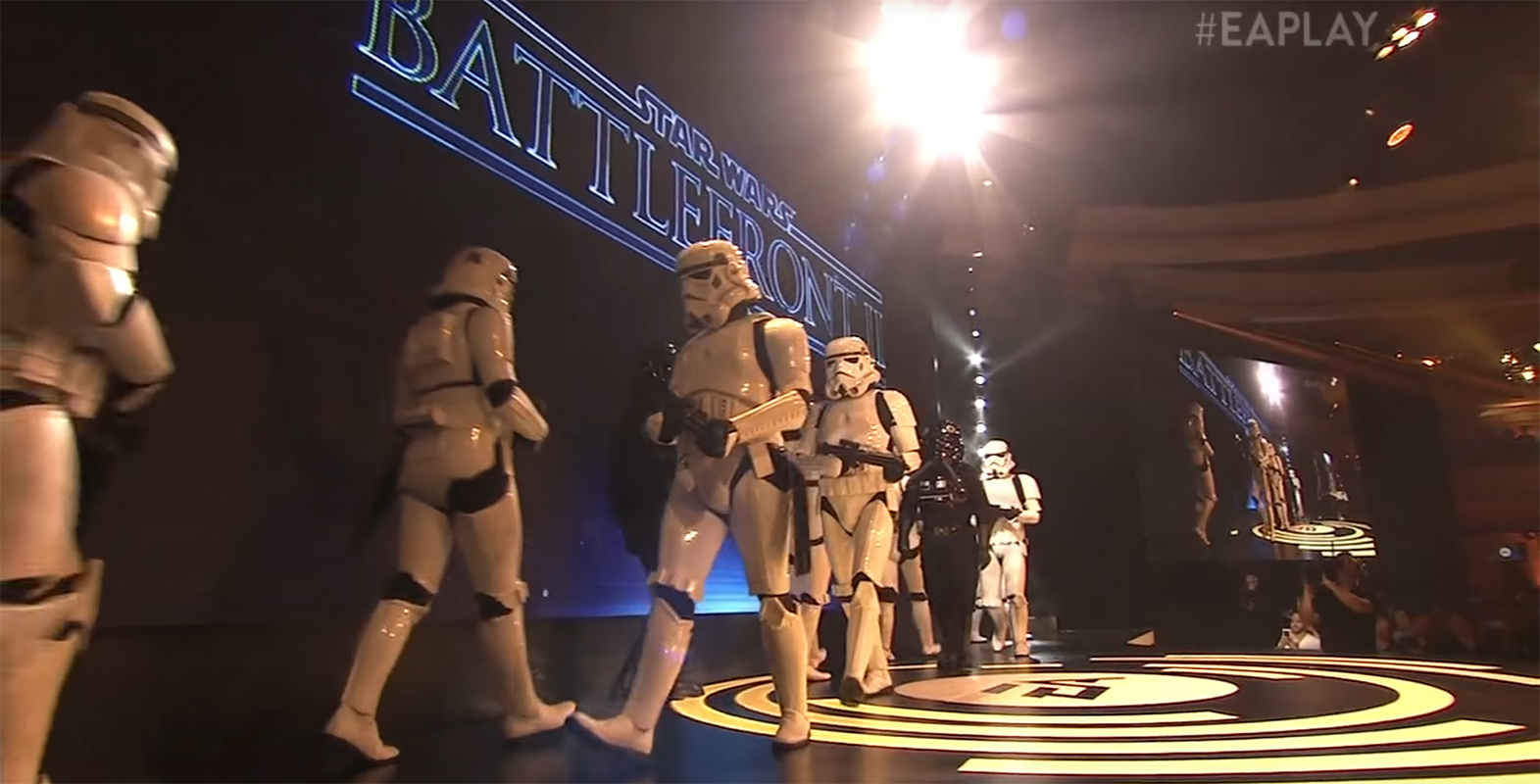 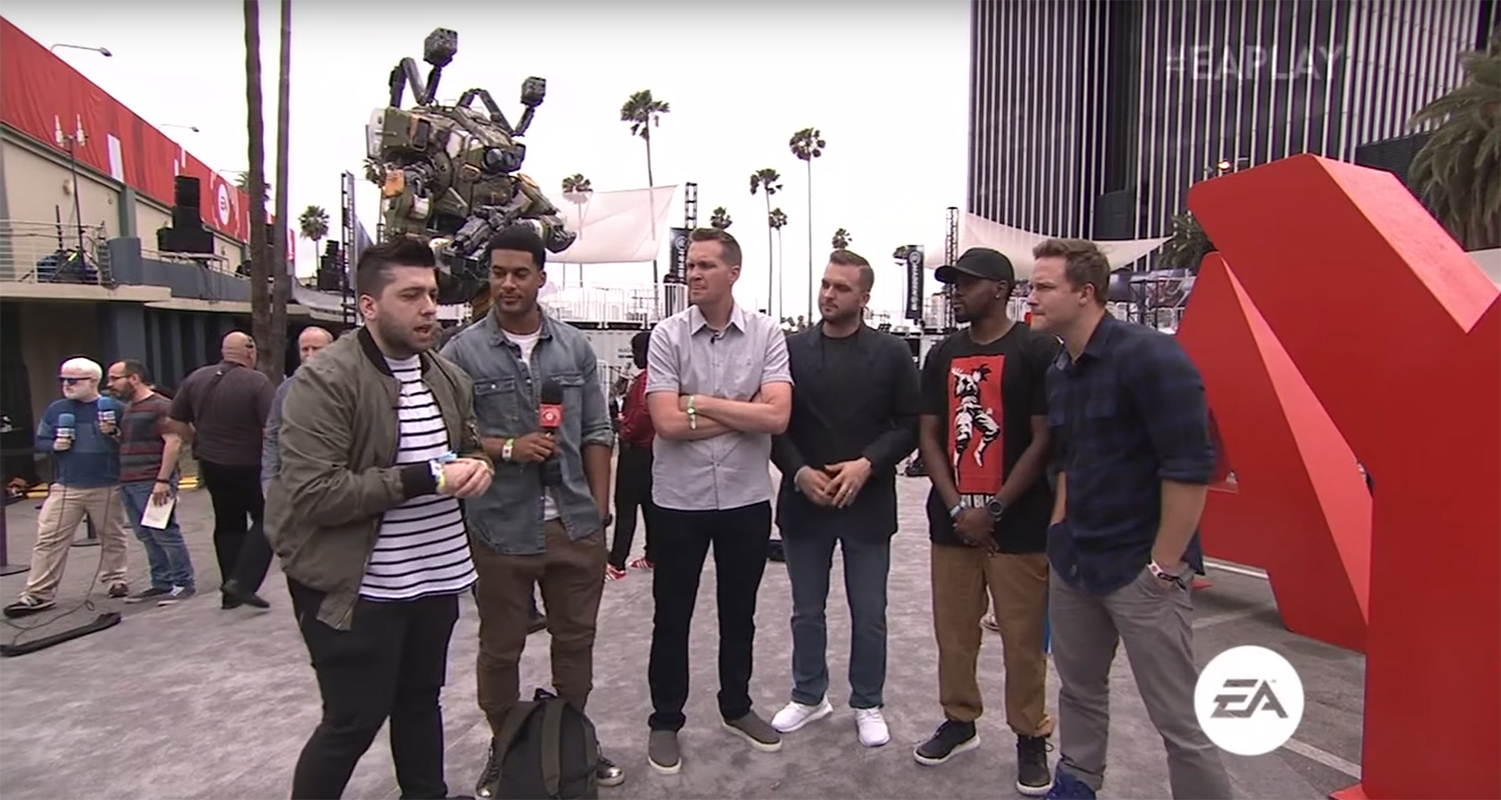 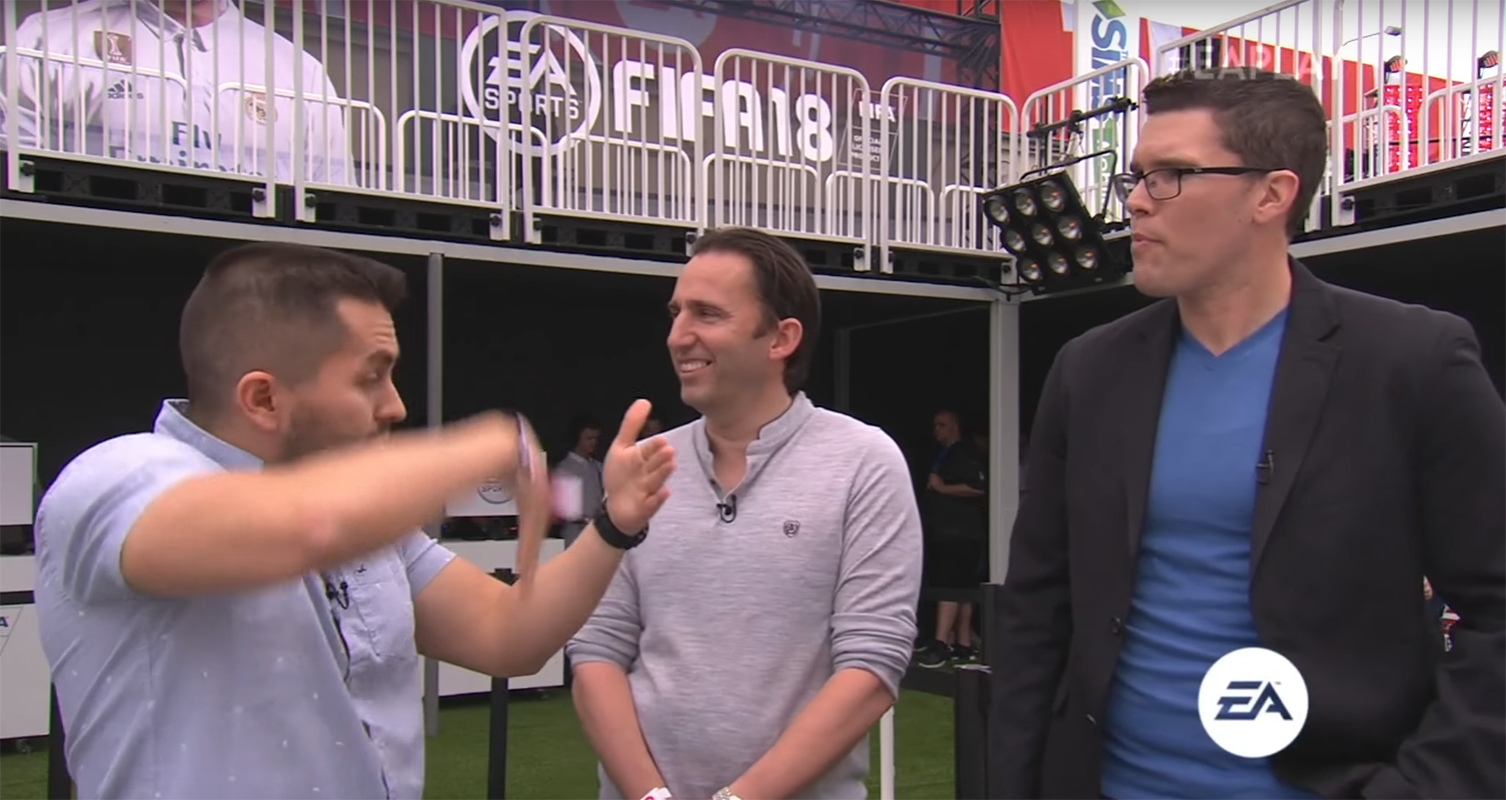 A bevy of terrible hosts who were woefully unprepared to present is kind of a staple of E3 now, but that doesn’t mean we shouldn’t call them out. However one of the moments that takes the cake was the group standing outside where someone walking past just started talking to them and in a shock twist — worked on the game. It was so terribly staged, “oh I’ve just got my backpack with me and wasn’t expecting this – I don’t even have a mic? How lucky that we’ve got this spare one for me.” My eyes rolled so hard I passed out.

EA wasn’t awful but this symbiotic relationship they’ve created with streamers and Youtube personalities might seem like a great idea from the inside, but that’s it. From the outside it’s just boring and the second-hand embarrassment could hospitalise even those of us with the strongest constitution. EA just didn’t bring any show stoppers. No I’m wrong, they brought one — and let someone else take all the credit and glory.

EA are very obviously jonesing for those eSports events for their titles but to be honest their games aren’t that fun to watch from the outside like Overwatch or DOTA are.

I’m also worried about the person that needs to break it to the EA Sports division that they didn’t invent Story Telling and Narrative gameplay in video games, because wow they are talking like they invented the wheel.