Battlefield V released last year to a mix of responses, lost amongst controversy, delays and consumers fatigued with EA and their behaviour. I reviewed it when it released and had positive things to stay about the single player and a mix of pros and cons on the multiplayer which was known for a good use of classes, pacing and high player count encounters. It can’t be denied that Battlefield’s biggest competition is Call of Duty and when the latest COD entry released with a Battle Royale option ready to go it was surprising that Battlefield’s take, Firestorm, would not be ready by release and would come 4 months later. After playing a substantial amount of the last few days I have some thoughts on the new mode and if it was worth the wait.

If you’ve been around gaming recently then you already know what to expect from a Battle Royale, take a high volume of players, drop them into a map to scavenge weapons and last man standing takes the victory. To force players into each other the map will be ever shrinking, creating constant movement and conflicts. Building off the existing gameplay Battlefield V is already known for you will recognise the moment to moment gunplay, classes won’t have abilities anymore so you can pick whichever one you think looks best.

Let’s be honest though, if you’re reading this you really want to know what makes this one stand out from the other Battle Royale options out there. So where to begin?

“Setting it in the countryside does mean that you miss out the very fun city maps that the original multiplayer featured.”

The first big thing is that unlike some of the other more popular titles Firestorm features only 64 players, usually more likely to get 60, however I don’t think that is a negative, it is still a large enough quantity. You’ll drop in as either solo or a squad of four, duos is coming soon. I will say once or twice I did get dropped into a squad game alone, not sure if I lost my matchmade teammates or I just never had them, but it made for a daunting task.

You’ll parachute into a massive map that is very lovely to look at but feels a little devoid of character. Setting it in the countryside does mean that you miss out the very fun city maps that the original multiplayer featured. There are a handful of recognisable locations which are very alluring to players so there will be a bit of a bunch up at the beginning.

Once you hit the ground you’ll hunt for weapons, armour, health and so on. Between finding stuff on the ground and in boxes you’ll also come across safes, these offer high level gear however take a long time to unlock so you have to risk it. Weapons comes in three tiers with a higher tier having more mods to it to make it more useful. You’ll need to take some time to figure out the guns as they don’t do amazing job differentiating them within their sub categories of Shotgun or SMG and so on. There are also massive bunkers you can open, and control points to capture that will provide loot or vehicles, however these make for a lot of noise and will alert everyone nearby that you’re up to something, I used these to get the jump on a few people as sound is the biggest way to find enemies through the game. 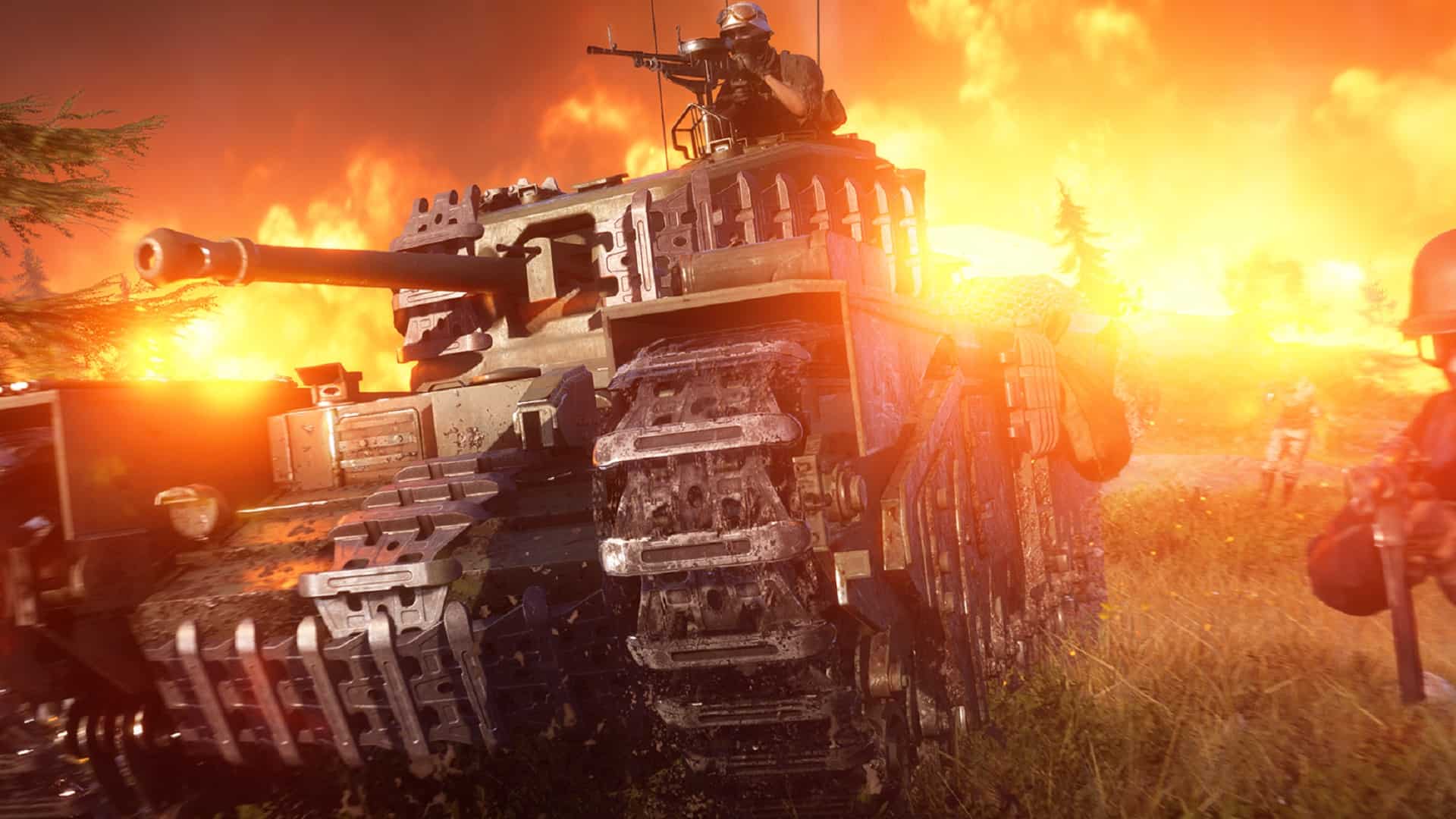 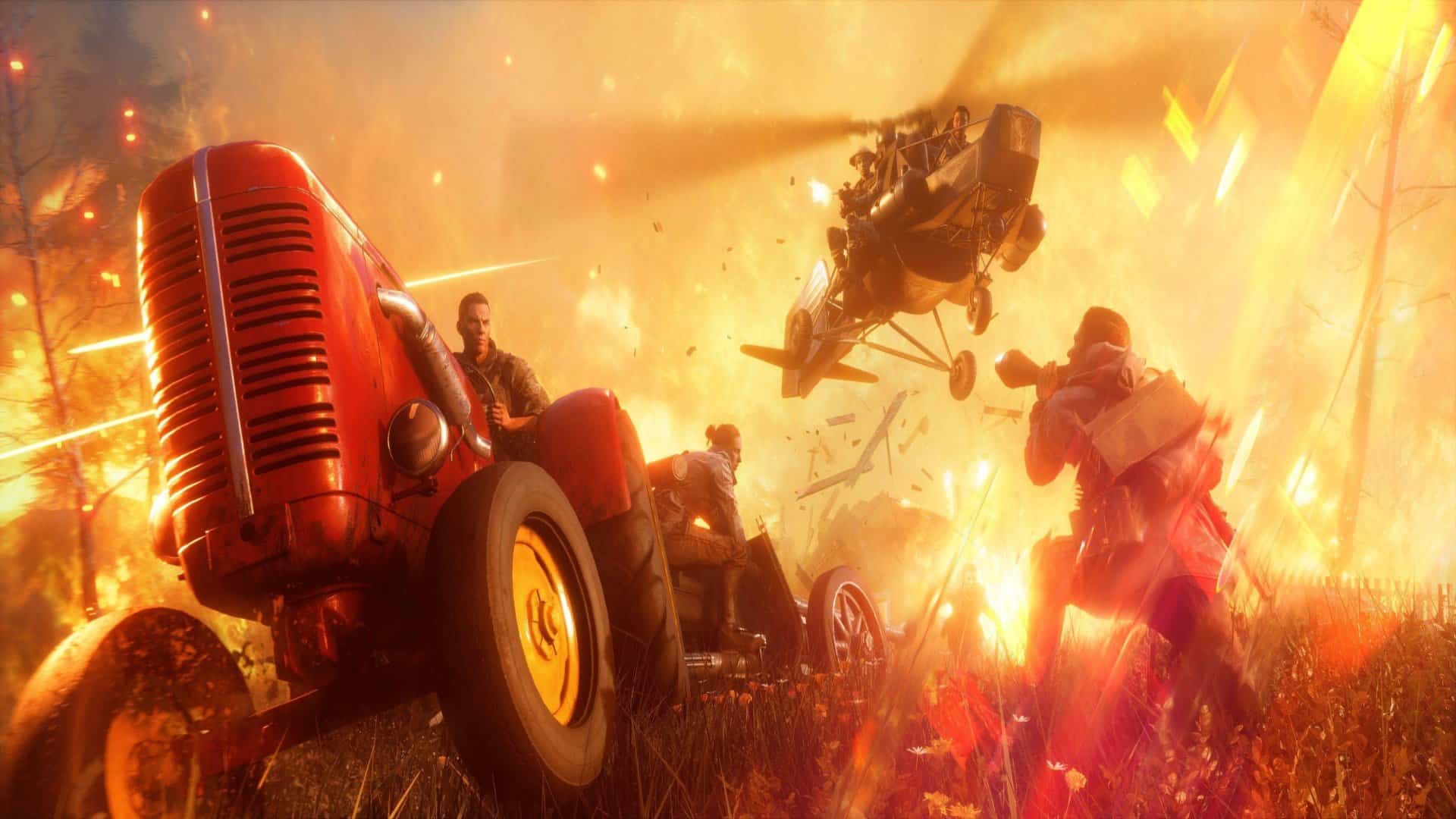 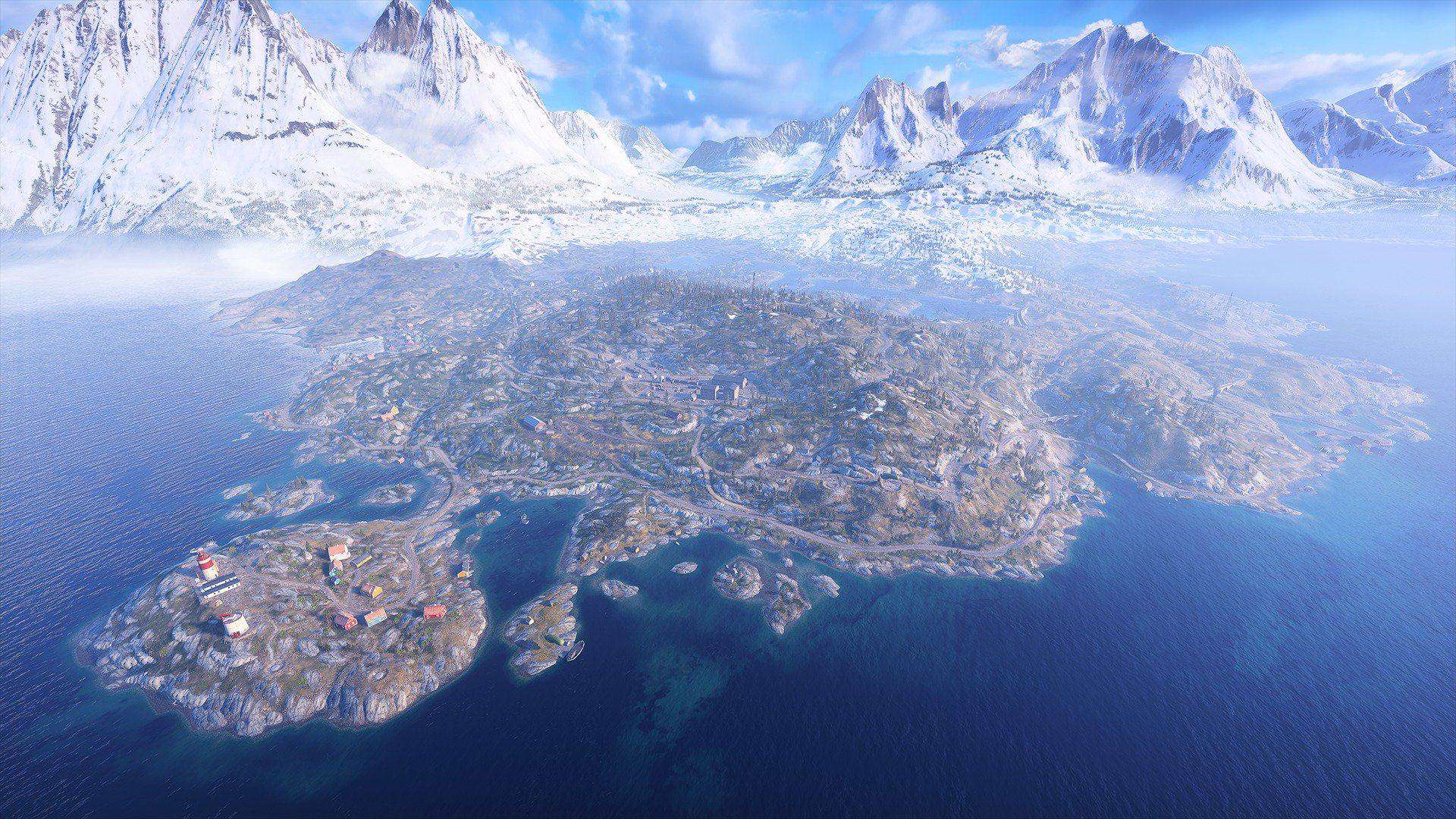 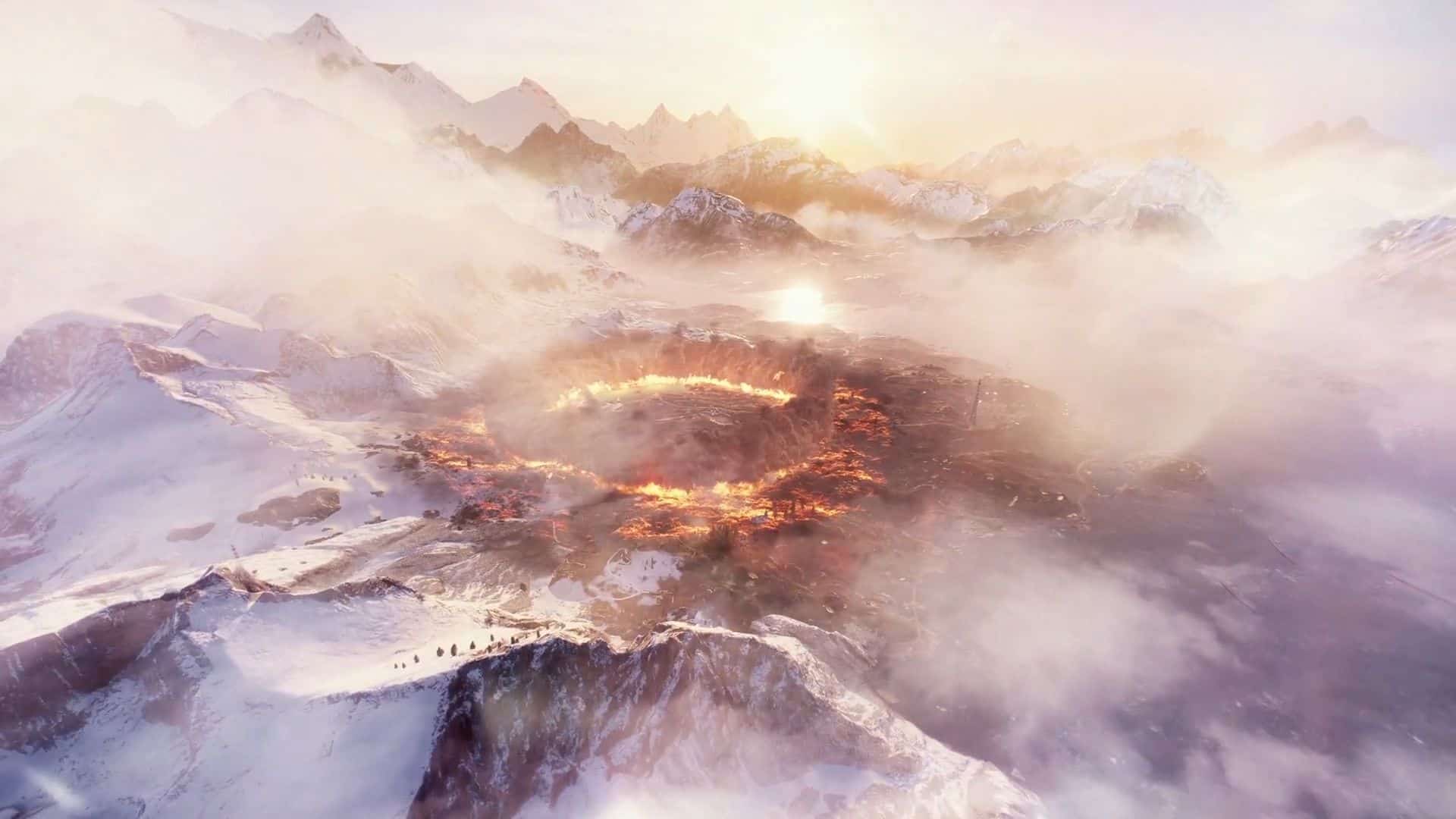 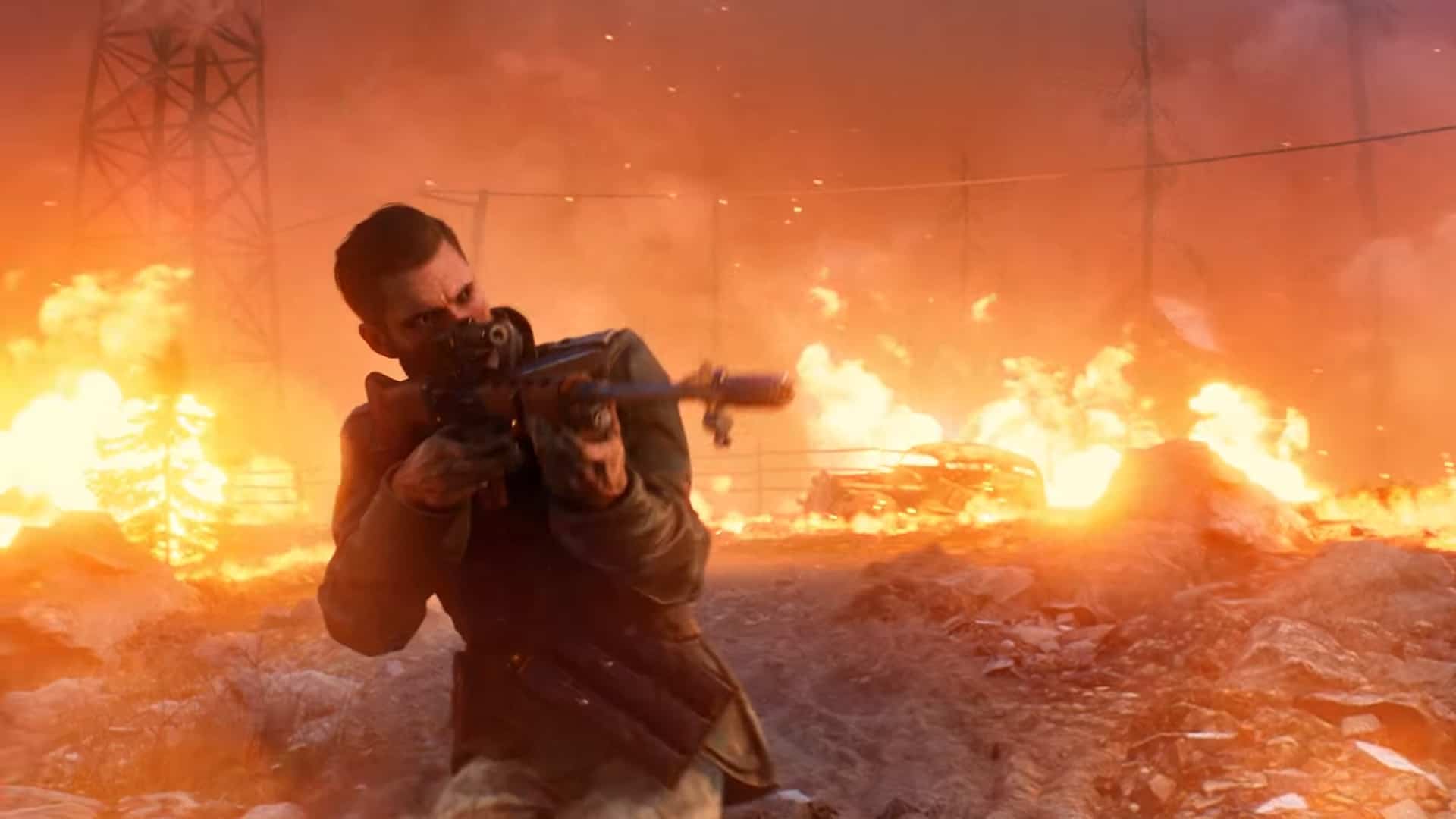 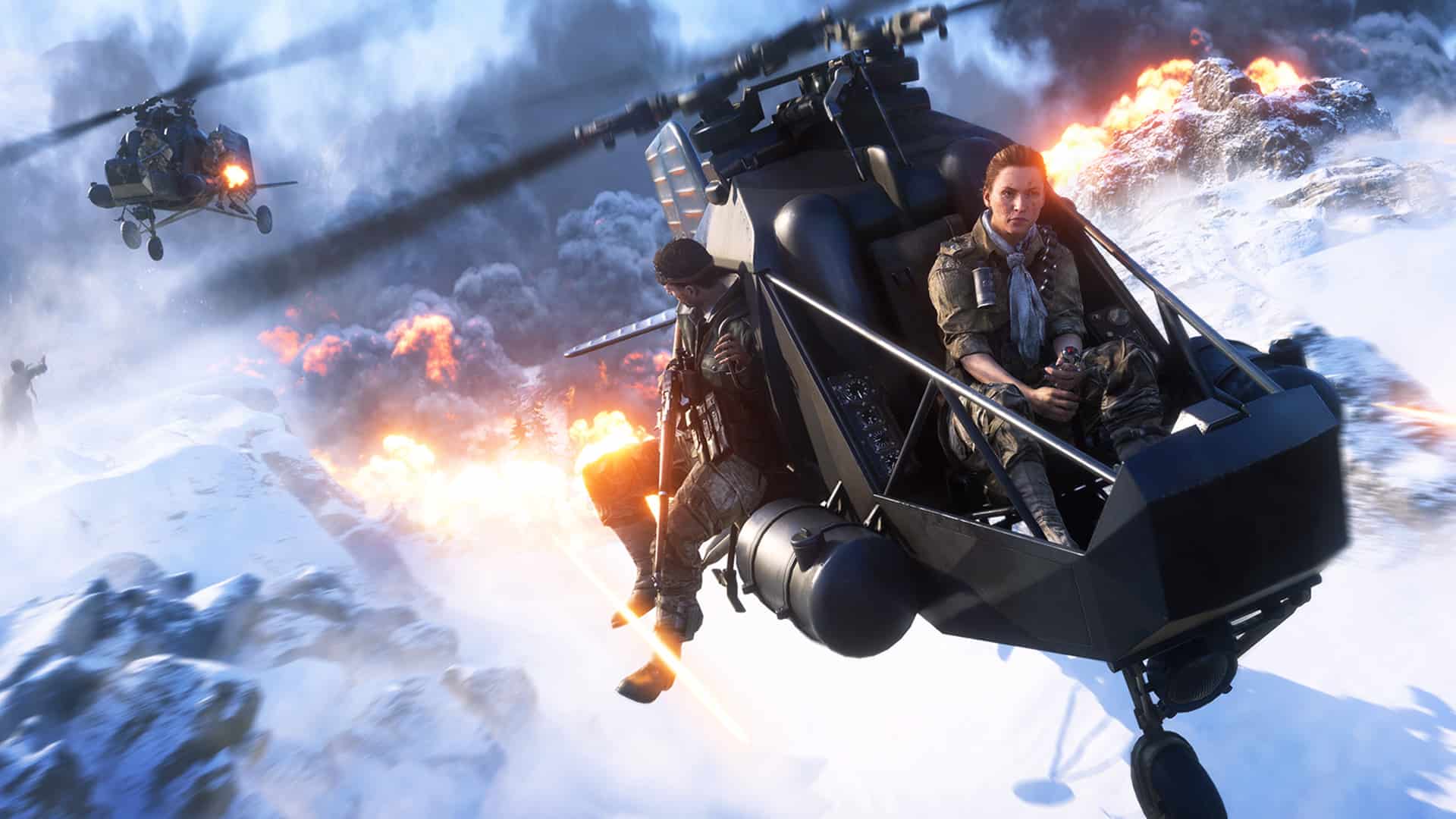 The two big things that I feel set Firestorm apart are the destructible environments and the titular Firestorm itself. The destructible environments will be something that I think plays in more once people are much more comfortable with the mechanics. Once or twice I tuckered down in a house while someone hit it with high powered weaponry and the house shook as walls fells away, it was nerve raking and was a lot of commitment from a player who really couldn’t be sure if I had legged it yet or not. I think for the most part players currently are playing the game like they play other Battle Royales but as people experiment we should see more of the side additions come in to play. I’ve still only seen one tank on the field.

For me the real highlight of the game is the Firestorm as I mentioned above. With a lot of Battle Royale’s you’ll watch the zone creep in and you’ll be overtaken by a forcefield and you’re screen will go orange, or blue, or purple and you’re hit indicator will let you know you’re taking damage. This creates a feeling of urgency but not really panic, the Firestorm however had me running full tilt to stay out of it. With the edges represented by explosions and flames as they creep towards you the first thing you’ll notice is that it destroy those destructible environments as it comes for you.Houses will explode as they go up in flame and it will send you the message that you need to get gone. Once inside the Firestorm everything goes wavy and you get the feeling of the intense heat, you’ve just stepped from a battlefield into hell. It is imposing and a stand out and something I’d love to see other games consider.

I’ve won two matches of Firestorm now and I’ve made it to the end a couple of times, I will give it massive props as the final fight in both instances felt more stressful then Apex Legends or Fortnite, especially with the backdrop of the Firestorm. Will this title revolutionise the Battle Royale genre like Apex Legends did earlier this month? Nah not really. Releasing post Apex without a ping system seems like a crazy idea in this genre, it seems really strange that EA oversees both of these and by releasing Apex Legends have essentially made sure they won’t receive people adopting Battlefield V late just to play Firestorm, why would you when Apex is out here free?

Firestorm is a good game, minimal bugs, a picturesque setting, but in a genre that is already being referred to as bloated is it worth buying the base game just for this mode alone? No, not really. If you own Battlefield or are interested in the entire package definitely check out Firestorm. If you deleted Battlefield V from your hard drive redownload it and check it out, it’s fun. However I can’t imagine that this game mode won’t be made available separately for a reduced price in the future, I can’t imagine in it’s current state it is going to bring a wave of new players on board.