Baron: Fur Is Gonna Fly is the latest offering from Perth-based developers Dogmelon Games. Taking on the role of a First World War anthropomorphic animal pilot, up to eight players can dive, dodge, and destroy each other in chaotic aerial dogfights.

With a dual focus on nostalgic quirkiness and tight, tactical gameplay, Baron: Fur Is Gonna Fly draws from the sensational media portrayals of WWI pilots and celebrates the aesthetic of the era. The cast of flying animals each have a unique personality, backstory, and theme song. The songs are in the style of Great War ditties with titles like “His Name Is Fluffy Butt” and “Kittens Are Cute”. Dogmelon’s commitment to musical excellence is a real surprise and absolutely a highlight – you can even select music to play ingame via the menu, with instrumental versions and lyric sheets available. They’re catchy as hell, and help Baron sell its classic wartime style.

Dogmelon have nailed the control scheme in Baron: Fur Is Gonna Fly, with simple joystick controls and few buttons required to master your biplane. Helpful button prompts appear at the start of every round, ensuring new players are never lost. Building up speed and momentum feels natural, and it’s very satisfying to nail a loop-the-loop after a steep dive. There’s also a delightful use of the Joy-Con’s HD Rumble feature in the Nintendo Switch version, physically depicting your plane’s throttle chugging away in your hands.

Baron: Fur Is Gonna Fly offers three main gameplay modes: Battle, Training, and Sheep Attack. The former is where the developers have focused most of their efforts, with multiplayer available for up to eight players locally (or online using Steam Remote Play). Battles are fast, frantic, and explosive, offering heaps of quirky weapons with which you can pummel your friends: a personal favourite among my nephews and niece is the stinky fish, which causes pilots to choke and crash from the stench. You can customise the Battle rules to suit the players you have in the room, with options for different round lengths and stock or timer-based win conditions. 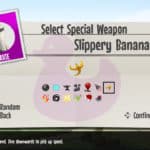 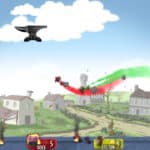 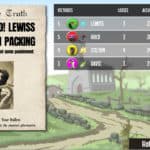 Unfortunately, the single-player modes are not as interesting. The Training mode has you completing tasks such as collecting coins under time pressure, while Sheep Attack (which also supports two player co-op) pits you against waves of CPU enemies. Playing solo, there’s not a huge incentive to engage with these challenges other than improving your high score. Playing with my partner, we found ourselves wanting to return to the simple anarchy of Battle mode whenever we tried out Sheep Attack.

Thankfully Battle mode is a tonne of fun with some mates around. Matches are fast-paced and easy to get into, and the different pilots, planes, and special weapons keep things interesting. You might not be playing for marathon sessions, but Baron: Fur Is Gonna Fly is a great little party game for when you’ve got company.

If whacking your friends with anvils and singing along to “Henry the Flying Bear” sounds like your jam, Baron: Fur Is Gonna Fly is worth a look. We’re excited to see another Australian developer producing quality content!

You can check it out now on Steam, the Nintendo eShop, and the Xbox One Store.

David is a proudly queer theatre maker and singer. He spends most of his downtime with a controller in his hands and a lazy beagle on his lap.