Swords of Legends Online is a gorgeous MMORPG with some shortcomings

It can be difficult to find a foothold in the MMORPG market, with World of Warcraft still popular and the absolute beast Final Fantasy XIV going from strength to strength over the years; even New World from Amazon looms ominously in the horizon (when it’s not busting GPUs in its beta). Despite all that, Swords of Legends Online has recently released, showcasing Chinese mythology and a gorgeous world that is brimming with detail and a compelling narrative to enjoy. I’ve spent a big chunk of time with the game, and am still working my way through its initial story progression before I can dive into its endgame, but so far, despite some shortcomings when it comes to localisation and relatively safe quest structure, I’m still enjoying the grind.

Swords of Legends Online (SOLO) pulls it narrative from Xianxia, which literally means “Immortal Heroes”. These are fictional stories featuring magic, demons, ghosts, immortals, and a great deal of Chinese folklore, with protagonists usually attempting to cultivate to Immortality, “seeking eternal life and the pinnacle of strength.” It’s quite a cool basis for a video game, absolutely, and stems from an award winning Chinese TV series and a previous iteration in the East known as GuJian, before finding its way into becoming the MMORPG you see before you.

What stood out to me most about SOLO initially was the visual style of the Chinese universe the game is based in. It’s really quite pretty, with dense towns packed with citizens and detailed architecture, while mountainous landscapes tower outside in the overworld with trees flowering, bursting with colour. SOLO also isn’t afraid to tap into its more mystical elements, with gorgeous dreamscapes and cities literally floating in the sky above the clouds. While I didn’t know much about Xianxia before I played, the setting is a pleasure to explore, running through the standard setup of quests and training that start you on your journey.

Navigating the world can be confusing at first, but SOLO gives you plenty of modes of traversal to make things feel a bit more slick. You won’t have to wait long to find a traditional mount like a horse, for example, but you’ll also be able to ride on your mystical sword as it flies through the air, and the rush of leaping into flight, the wind through my hair as a quick means of getting from point A to point B was always preferable to whatever fast travel options were available – it’s just a really fun way to get around. My character class, The Berserker, can even transform into a wolf, and you can let one of your teammates climb on board for a ride. I also like, when sprinting, how the characters dart across water. It’s charming.

“I fell into a comfortable rhythm quite quickly; there’s just something about the tropes of the genre that, when done well, feels like a warm security blanket”

The pattern of questing in SOLO will be instantly familiar to anybody who has played an MMORPG before; this one is very much “by the book”. A variety of fetch quests, or “kill x number of x enemy” type missions pop up frequently as you’re ferried through the various areas. While this may strike you as unoriginal, the quests themselves still remain satisfying to complete, never taking up too much time or forcing you to travel miles out of the way only to have to bring them back to where you started. I fell into a comfortable rhythm quite quickly; there’s just something about the tropes of the genre that, when done well, feels like a warm security blanket, which I felt here. Although, I didn’t really have a good grasp of why I was doing what I was doing.

The English localisation of SOLO is poor, to the point of being laughable, which is the kind of thing that really pulls you out of what could otherwise be a pretty interesting story. Voice acting is sometimes broken English, not even matching the text on screen, and regularly sounds like it was recorded in a basement somewhere. Child characters sound like adults, and the more villainous enemies come across as a poor, over-the-top caricature. We’d often stop and literally guffaw at how terrible the voices sounded, to the point where I preferred to skip it completely rather than really taking it in. You can adjust to Chinese voices which is marginally better, but publisher Gameforge really dropped the ball on this in terms of bringing it to the West; I can foresee some players giving up early based on this alone.

That would be a shame though, as the combat in SOLO is some of the more satisfying MMORPG combat I’ve come across. A combination of martial arts and mystical abilities feels genuinely like you’re connecting with foes and making an impact, as opposed to some of the more floaty combat other efforts in the genre annoy me with. Button mashing all of your hotkeys is not the way to go here; you’ll need to learn which attacks chain well together so that you can pull together stylish combos, which are enjoyable to pull off. In more intense combat moments, I felt like I was part of the cast of Crouching Tiger, Hidden Dragon, flying around, dodging attacks and landing heavy hits with my sword. Classes also seem relatively distinct from one another, something I noticed when partied up with other teammates and encountering other players in the world with their own sets of abilities and entirely separate training quests. 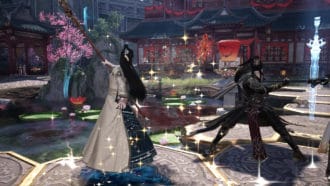 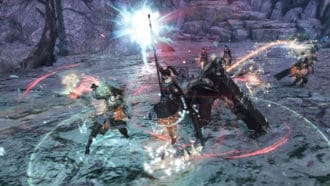 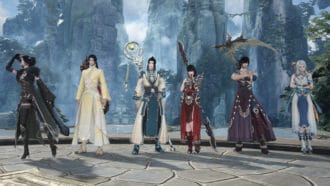 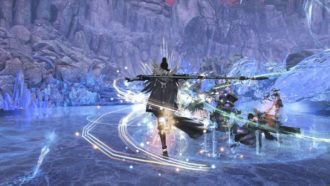 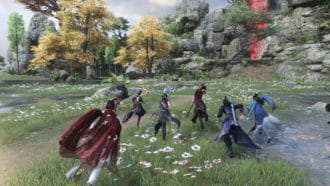 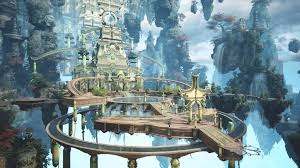 Still, for as enjoyable as the combat can be, SOLO shoots itself in the foot with a variety of convoluted systems that I still struggle to get my head around. You have a pet that you’re supposed to feed, but I’m not sure I’m doing it the way I’m supposed to. Other menus full of abilities look tantalising to unlock, but I’m still sussing out the best way to manage all of the various options. Other menus have bonuses, gifts and other pieces of content that I’m sure let’s me achieve something, but they’re a bit too confusing for my tastes. I love that SOLO provides so many avenues of things to see and do, but it feels overstuffed and leaves me frustrated and wanting to focus purely on “the basics”, instead than inspiring me to delve deep into its complexities.

I’m not quite at endgame yet (forgive me, I’m a bad MMORPG apologist with too many games on my plate at once), but I’m still at least keen to keep on trucking with Swords of Legends Online. The combat is a particular highpoint and I often stop to look off into the distance and admire its beautiful setting. The developers also seem to be really attentive and the community so far seems friendly. At the same time though, the localisation is garbage, and I don’t really know what I’m doing half the time because of it, and that goes for the narrative and the numerous systems. Still, you buy the game once, and there’s no ongoing subscription fees (just a cash shop for cosmetics), and the servers feel pretty stable after an initial rough launch day (which feels pretty standard at this point).

There’s solid stuff to like about Swords of Legends Online for those seeking a break from one of the big players in the MMORPG genre, even if there’s some confusion to wade through to get to it.