Recently, Checkpoint were lucky enough to have a preview of the upcoming action RPG Weird West that’s being developed by WolfEye Studios and published by Devolver Digital. Weird West’s talented team is composed of industry veterans and has original Arkane Studios founder Raphael “Raf” Colantonio as Creative Director. The Wild-West-inspired world drips with character, and its moody setting instantly appealed to me. Even at first glance, the Weird West world appears to be filled with interesting and otherworldly stories. When listening to Raphael Colantonio in a recent Q&A, it became clear to me that the world’s allure was consciously crafted by the developers. “We really wanted to go deeper into immersive sims and create a world that’s bigger than the game and exists without the player,” Colantonio said. “This means that characters have unique schedules in their lives, and we knew what they were doing even if the player isn’t in the world. The same goes for buildings: every building in the game serves a purpose in the story and is completely explorable.”

‘Explorable’ may well be one of the best ways to describe Weird West, since every object in the game can be picked up, thrown, or interacted with in some way. Every door in the game even comes with a different kind of armour depending on its importance in a mission; all doors can be kicked open, and even doors that require a key to be unlocked can be blown up with dynamite in some cases. Everything in Weird West seems to be engineered to encourage players to experiment with their environment and both the story and environment can be explored in a non-linear way. “We wanted there to be a lot of physicality, and ways for players to express themselves mainly through their actions,” Colantonio commented. “There are endless ways for players to stray off the beaten path and explore their surroundings further, from buildings, to objects, and encounters.”

“Everything in Weird West seems to be engineered to encourage players to experiment with their environment.”

The Wild West aesthetic certainly complements this kind of core gameplay very well. When asked about the visuals, the team cites French and Belgian comic books as a major influence, as well as the early Fallout games and Ultima 7. “We wanted a visual style that feels timeless and showcases the detail of the ink-work like in comic books,” Colantonio explained.

Gameplaywise, Weird West appears to offer players a lot more freedom to roam when compared to Arkane Studio’s previous titles including Prey, Arx Fatalis, and Dishonored. This is a decision that makes this title stand out from the aforementioned titles and, like the timelessness of the visual style, is a conscious choice. It goes a long way to creating, as Colantonio described, “something that embraced a different direction from other games [the team] had worked on previously.”

This openness is also reflected in the game’s plot through a main storyline with plenty of variety. When walking us through the demo, both Raphael Colantonio and game designer Gael Gireaudeau mentioned that Weird West’s main storyline will see you playing as different characters throughout the game’s journey. At a later stage, you’ll also be able to recruit the characters you’ve already played as. 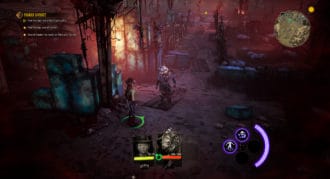 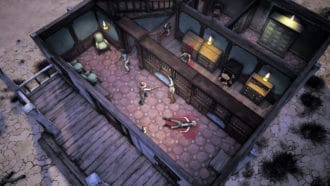 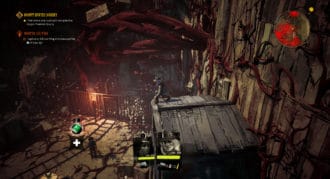 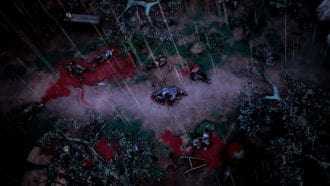 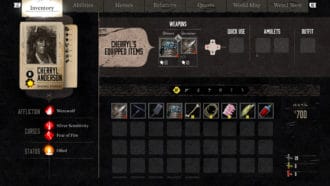 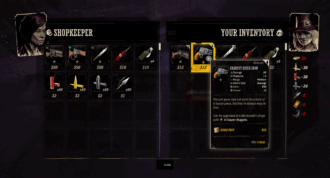 In addition to this, events and encounters are also dynamic in nature; the game features dynamic event generation through the world map, which means that no two Weird West playthroughs will be the same. Instead, event encounters come with different details depending on the player’s actions up until that point. In the devchat, the team described the game’s encounters as vignettes that change organically based on players’ choices. When it all comes together, Weird West seems like a game with a strong and unique identity and thrilling gameplay to boot.

This is an especially impressive feat considering Weird West is being developed by a team of twenty-five with only four artists. However, don’t be fooled by the Wild West jacket on the cover: the fact that many characters are decked out in cowboy gear doesn’t mean everything in the world is what it seems. After the first few minutes in the demo, we saw enemies ranging from Lovecraftian monsters to sirens, to your typical Wild West gang member baddies. “In a sense, this is the biggest game we’ve made so far,” Colantonio said. “The smaller art team allowed us to take more risks and have more fun.”

This sense of playfulness definitely comes through in the demo. The sheer variety of enemies, the visual style, and the contrast with other titles the team has previously worked on signalled that the WolfEye Studios team wanted to create a world they were inspired by and would enjoy exploring themselves. The game’s tone feels simultaneously unique but familiar enough to offer gaming veterans an idea of what they can expect. Just watching the demo had me itching to jump into the game myself. If that’s anything to go by, Weird West will certainly be a game that’s not to be missed when it releases later this year.

Weird West is set to release in European autumn 2021.