Return for another serving in Necrobarista: Final Pour on Nintendo Switch

Over a year after its initial release on PC and Apple Arcade, an updated director’s cut of the award-winning Melbourne-developed indie visual novel Necrobarista has poured onto the Nintendo Switch as a timed exclusive. Boasting additional story content and game modes, it is definitely the most feature-rich version of the game so far. However, while nice additions, many of the new features might not be enough to draw back fans that experienced it for the first time last year.

As with the original version, Necrobarista: Final Pour tells the story of the workers at The Terminal, a café that services the recently deceased in their final 24 hours before they pass on to whatever comes next. Maddy is its newest owner, and the main plot explores her relationships with her co-workers and the various tribulations that come with running a paranormal café. Along the way, she makes friends with a newly-deceased customer Kishan and butts heads with Council of Death enforcer and former legendary outlaw Ned Kelly.

What follows is a rather poignant tale of death and coming to terms with it. Steadily immersing the player in the setting of Necrobarista’s afterlife and the politics of the Council of Death, the story explores how even necromancers and immortal beings still have a variety of attitudes towards the topic of death. Despite the weird paranormal setting, the game’s cast comes across as endearingly human. Although the main plot is resolved in a rather awkward hurry, it overall sticks the landing, aided by a gorgeously realised art style and Kevin Penkin’s techno-infused score. Final Pour in particular includes remastered visuals, which are easy to appreciate even on the Nintendo Switch.

“While I actually found these new episodes quite compelling, they don’t really flesh out the main cast or plot at all, and feel very self-contained.”

The most noteworthy new feature of Necrobarista: Final Pour is the inclusion of two new episodes. The first, Walking to the Sky, was patched in as free DLC in January of this year, but the second, Devil’s Den, is still exclusive to the Switch and Apple Arcade versions. These side stories unlock steadily as you progress through the main plot.

These episodes feature new characters who are visiting The Terminal, and have their own particular histories with death. While I actually found these new episodes quite compelling, they don’t really flesh out the main cast or plot at all, and feel very self-contained. They certainly feel like worthy additions to Necrobarista’s world, and have a good deal of content in them. However, players hoping for more scenes focusing on main characters like Ned, Kishan or Chay may be disappointed.

The other inclusions in Necrobarista: Final Pour provide more interactivity, in a game that otherwise is a straightforward visual novel. However, I’m not sure how useful they will be, particularly on the Switch. The first of which, Doodle Mode, lets you draw hilarious faces on the “heads” of Ashley’s robots. These characters are a recurring quirky Greek Chorus who pop in to comment on events every now and then. With Doodle Mode, it was fun to customise their appearances and inject a bit more personality into them. For the Switch release, I was a bit disappointed at the lack of touch controls for the drawing tools. Fortunately, the joy-con controls worked well enough, but it still felt like a missed opportunity.

The other new mode is Studio Mode, which is certainly an ambitious addition if nothing else. Studio Mode provides a fairly wide set of tools for players to craft their own Necrobarista scenes, using the sets, models and animations from the game. The suite of options at the player’s disposal is pretty impressive, allowing customisable lighting, backgrounds, animations and more. With enough time and energy, the amount of varied scenes that a player could potentially create is staggering.

Unfortunately, Studio Mode is let down by a lack of a clear tutorial, awkward controls and a difficult-to-navigate user interface. While the lack of touch controls in handheld mode was a bit disappointing, Studio Mode in particular is where they might have shined brightest if they had been included. Furthermore, unlike other games with creation tools, such as Wargroove or Rock of Ages 3, there are no online features to share your creations or access content others have made. It felt like a waste to become invested in creating a detailed set of animated scenes if they would be locked to my Switch with no way to share them. This is perhaps something that will be remedied when the Final Pour content arrives on PC after its period of Switch-exclusivity. 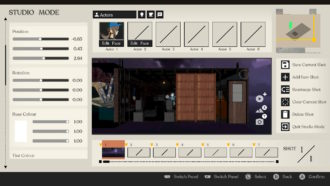 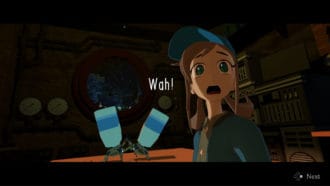 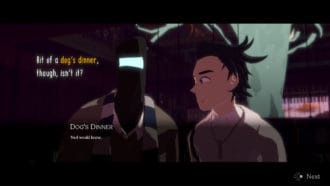 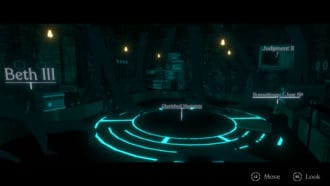 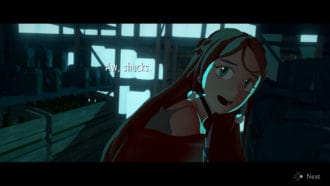 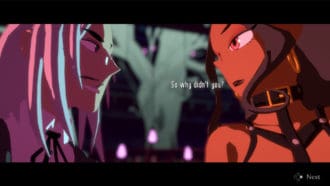 If you prize interactivity and challenge in your gaming experiences, Necrobarista: Final Pour isn’t for you. Unlike visual novels such as Ace Attorney, which add in puzzles and dialogue trees to mix things up, Necrobarista is fundamentally just narrative that you press the A button to progress. If you’re OK with that, then it is a really good time, with a fantastic Melbourne setting and strong writing.

If you already own it, however, I don’t think the new content in Necrobarista: Final Pour will warrant another purchase. The lack of interactivity means that it has limited replay value. Studio Mode in particular feels like the wrong fit for the Switch, and will hopefully be better realised on PC or iOS. For first time players, on the other hand, the Switch is a great way to experience Necrobarista on the go, particularly with the improved visuals. If you are a visual novel or anime fan, Necrobarista: Final Pour is definitely worth checking out on the Nintendo Switch.