Crash Team Racing Nitro-Fueled released not long ago to positive reviews, despite horrific loading times. The keen developers at Beenox are hard at work bringing racers dreams to life with a new update that substantially boosts poor loading times.

Update 1.0.5 is out now for the Nintendo Switch and the loading time improvement promise seem to be true.  The update considerably reduces the load times to about half of what they once were. Roo’s Tube, one of the more notorious tracks, takes up to 45 seconds to begin. Now,  engines will be revving in a comparatively quick 30 seconds.

Initial loading screens may take players anywhere between 15 and 25 seconds.  The game highlights the nostalgia of the Crash Racing series… although waiting in loading screens isn’t really what most gamers cherish. When beginning a Grand Prix or Cup, or even within the story mode, waiting for seemingly infinite loads in comparison to the quick, action-fueled races is torture.

The discovery of this improvement wouldn’t be made without the help of hackers and data miners. Nintendo Switch hardware tamperers found what is called ‘”Boost Mode” and has now been recognised and used by Nintendo. Other load time-sinking games like Super Mario Odyssey and The Legend of Zelda: Breath of the Wild received updates to reduce waiting on screens too. 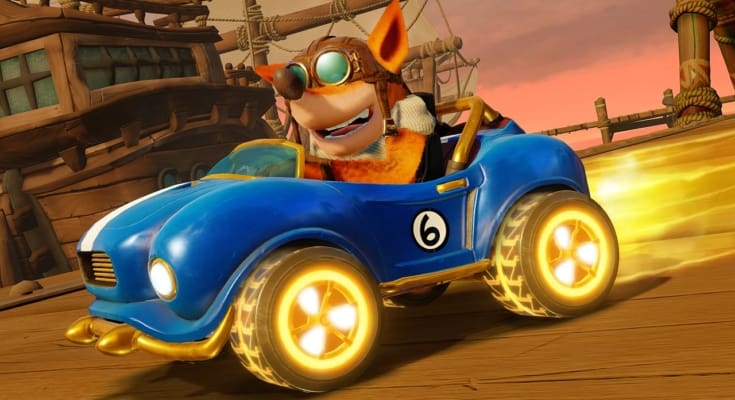 The Boost Mode works by overclocking the Nintendo Switch’s CPU hardware during loading screens. This means it pushes the console to work at its absolute fullest and highest speeds. Now, improvements to several heavy-hitter games on the platform are coming.

Beenox is doing fantastic work with post-launch content and care for the beloved racing remaster. Crash Nitro-Fueled is receiving a seasonal update of Grand Prix Nitro Tour challenges every week. Accompanied by entertaining video-snippets of chicken commentators, racers can unlock new patterns, vehicles, skins, and characters. Other Naughty Dog idols like Spyro The Dragon will be coming as future content to Crash Nitro-Fueled. 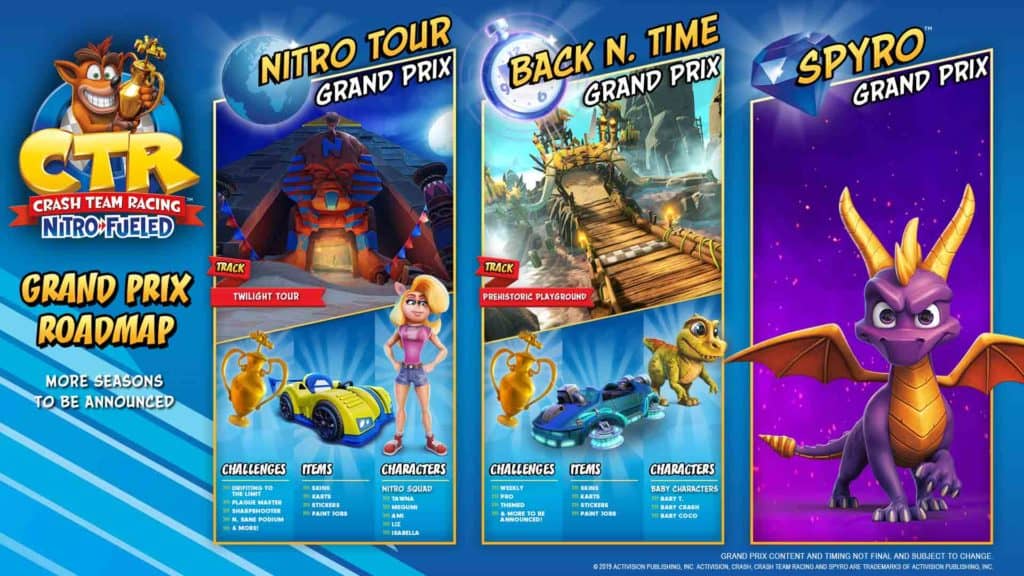